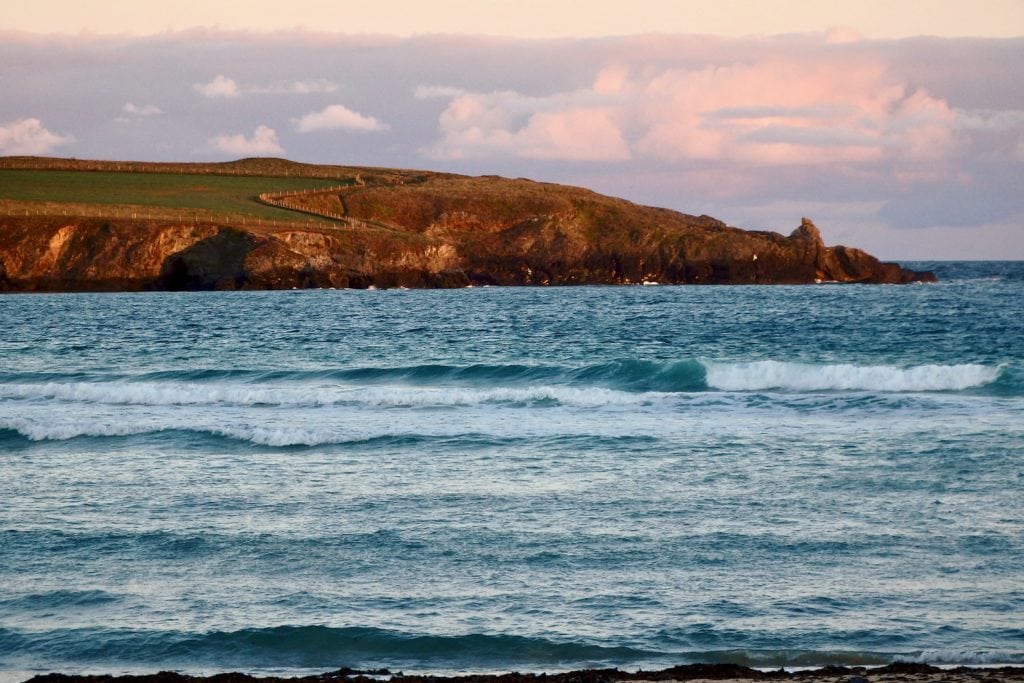 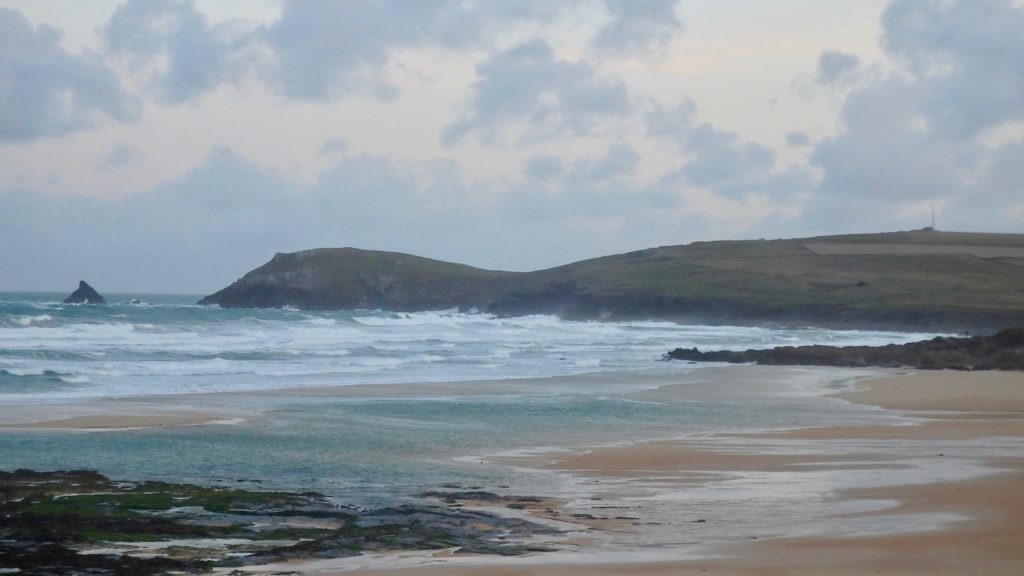 Big bundles of thick and some threatening clouds are being bounced across the sky by a squally and blustery blow of a wind this morning.
It’s not quite as heavy or wet or cold as the forecasts were predicting but it’s not exactly pleasant either. Although a deserted early morning beach is always a pleasing place to be whatever the weather!
The surf is a mixed up mess of chop and wind battered whitewater again this morning, again not the size that might have been forecast either but that stormy westerly wind is just hurling waves messily at us.
There won’t be much surfing going on here again today (or for a few days yet!). 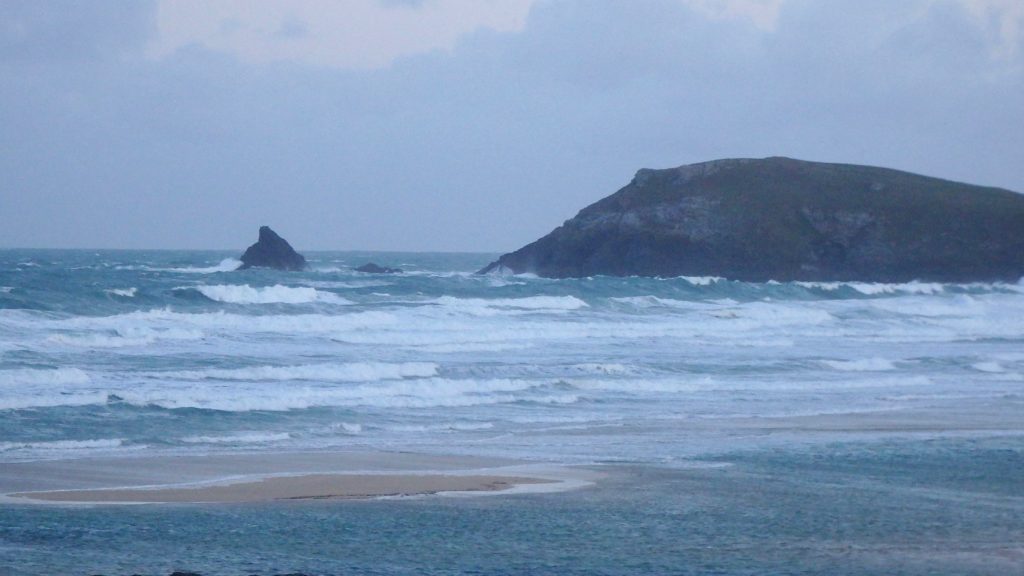 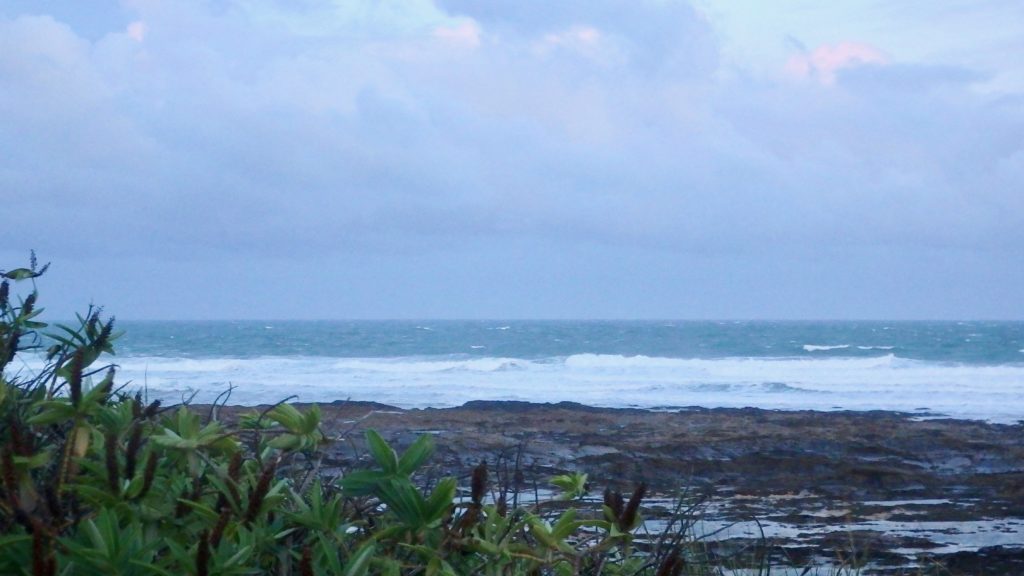 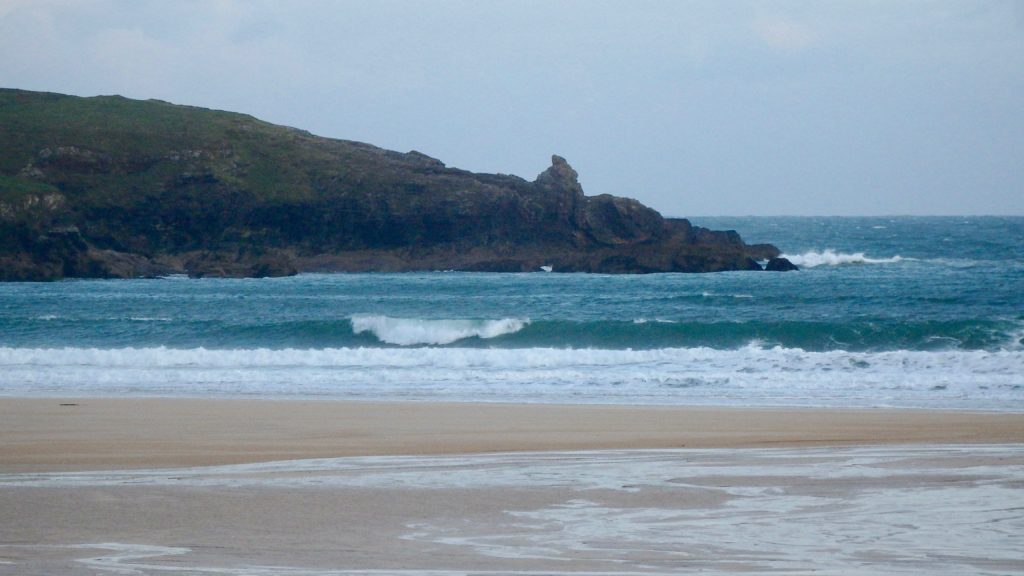 Three feet of wind battered and tattered surf is limping ashore here this morning, a few of the waves just a little more sheltered right down in the corner but of course smaller too as a result.
It’s not great but it is probably going to be our best chance for a surf today.
Give it an hour or two for the tide to push in and provide at least a little shelter and we might just enjoy a couple to three feet of windblown but fast moving little hollower ones! 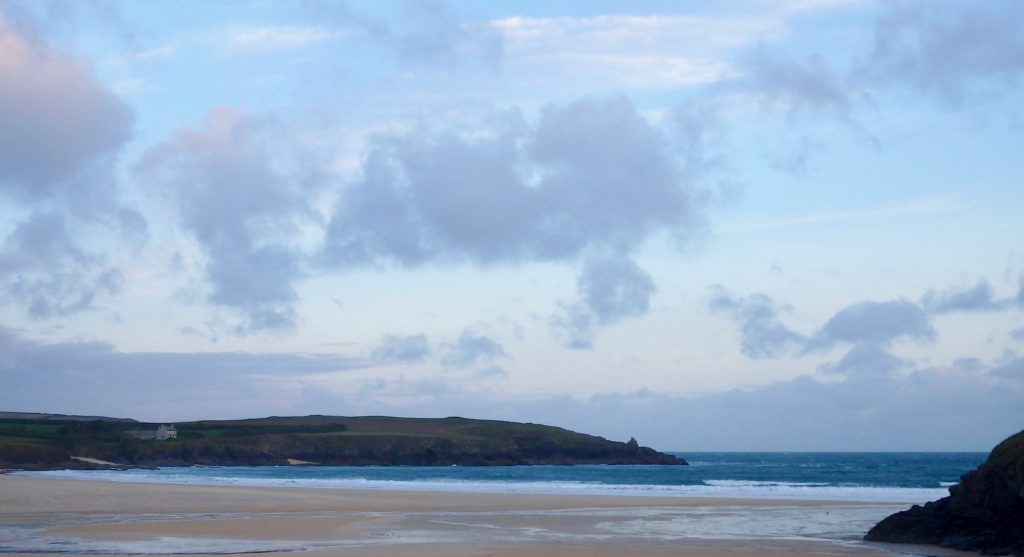 That wind will continue to bluster our way, now from the north west again, chopping any waves that might be blown our way.
I thank that it’s safe to say that we will be enjoying more wind battered surf in the three to four foot kind of size range.
Where have those September swells gone?

Another blustery week of onshore winds and chopped out, windtorn surf is blowing our way!
The winds are set to blow hard and onshore for pretty much most of this coming week, mainly screaming in from the west nor’ west and so messing up all of the surf breaks locally.
We should see some bigger swells bouncing into the bays but they are likely to be no more than a mess of chop for most of the time.
This week does have the makings of a South Coast week, if those waves are big enough to swing their way!
We can only hope that the wind gods become kinder to us as the remnants of those nasty hurricanes sling some swell our way for the rolling week maybe.
Maybe.
In the meantime, have a great week, wherever you are and whatever you’re doing!