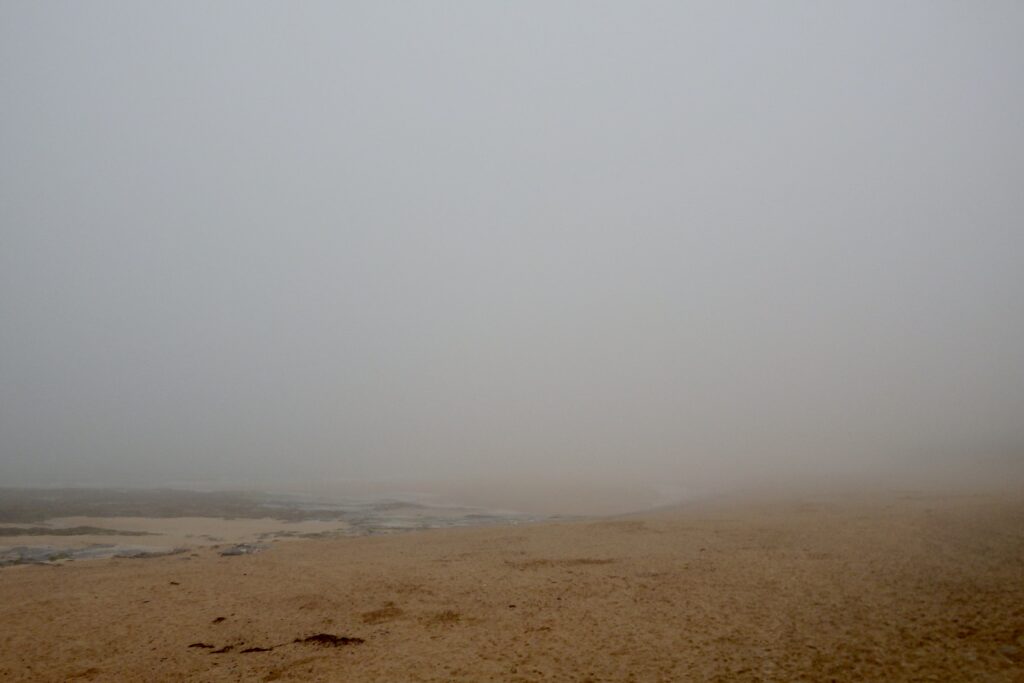 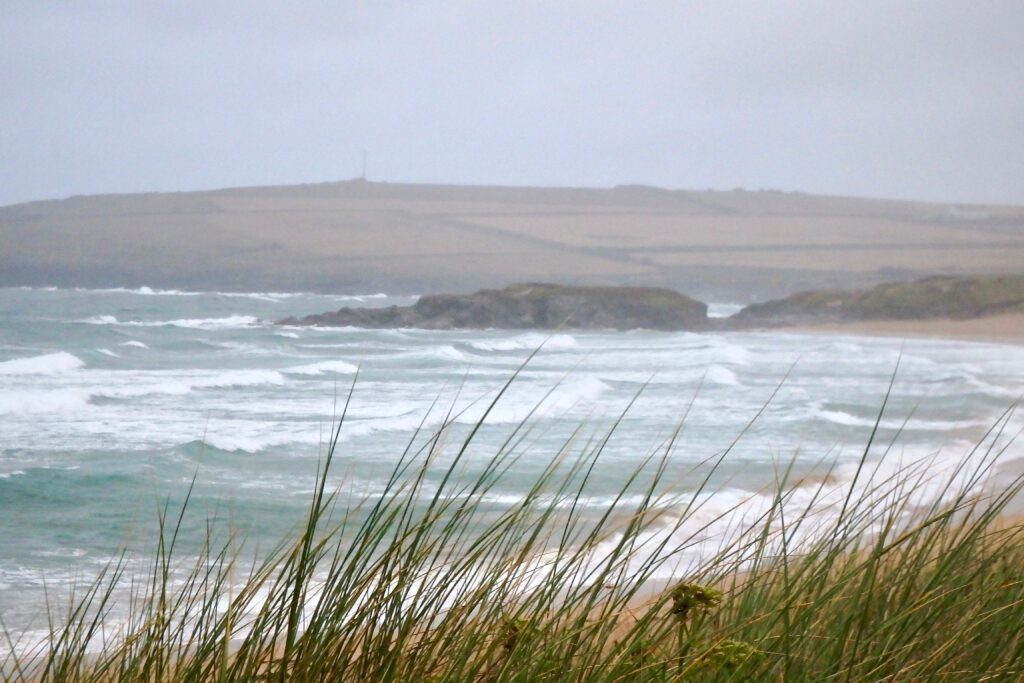 A windy, damp and chillier morning is reminding us more of Autumn than high Summer this morning.
A brisk west sou’ westerly is whistling into the bay, bending and chopping those small and weak looking, sloppy little two foot swell lines as they topple and fumble their way to the beach.
An empty beach and deserted car park speak volumes as to the mid summer trade, probably courtesy of the weather but it is kind of nice because of that too. Yep, it’s one of those oddly pleasant days that shouldn’t be. And you’ll probably end up having a fun surf too! 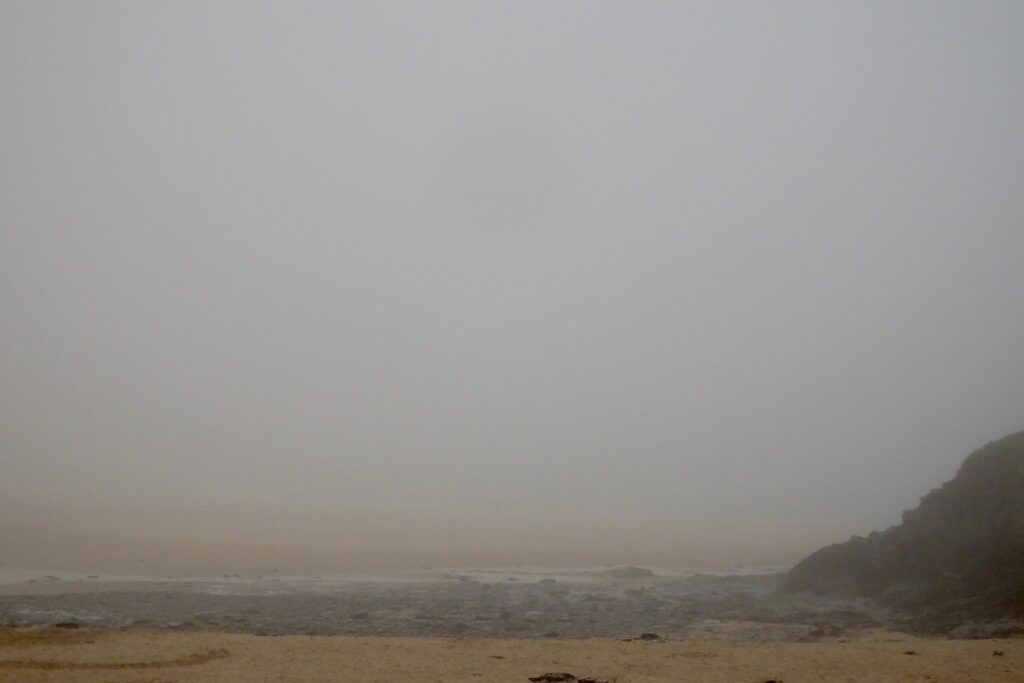 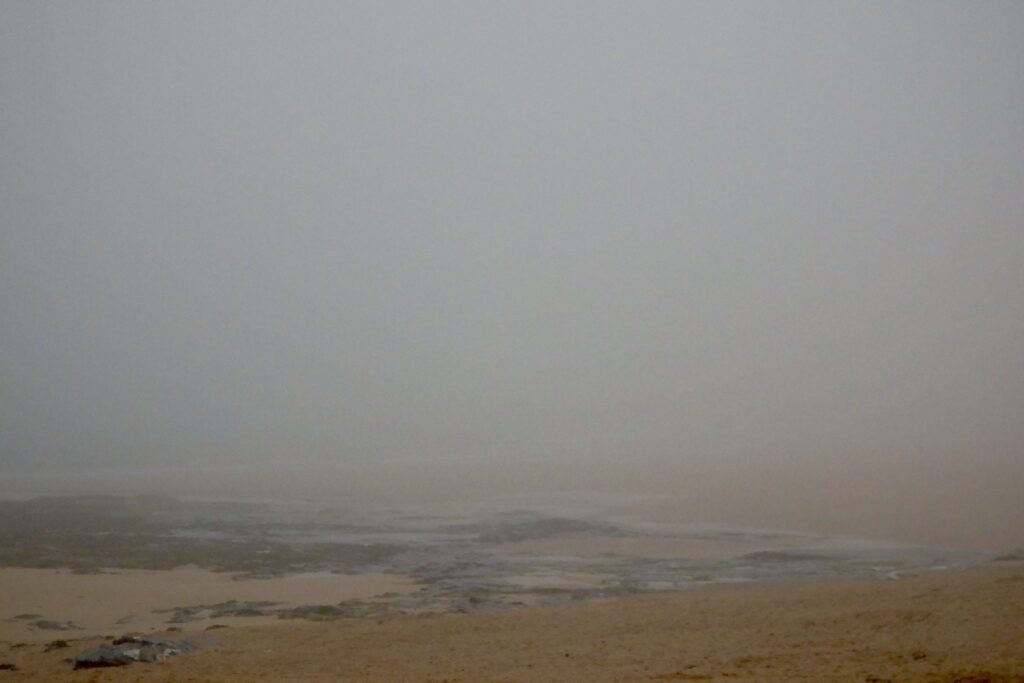 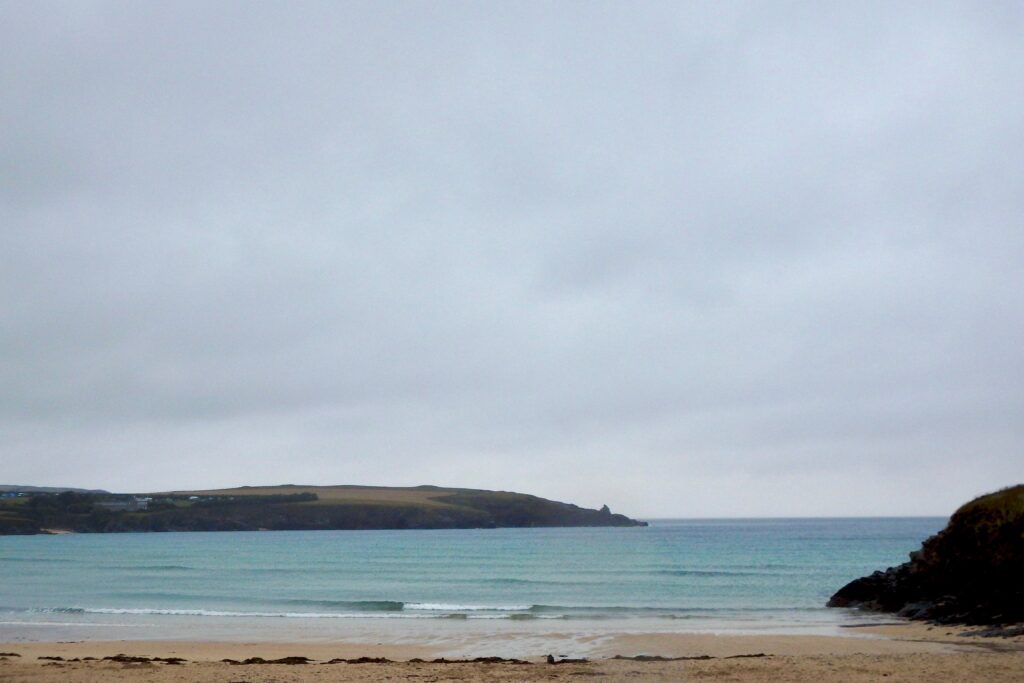 The wind is straight offshore at Harlyn this morning, smoothing and polishing the swell less sea. The colours of that glassy sea are exceptional this morning too, a thousand different shades of blue/green beckoning and twinkling in the flat grey light of a windswept and wet kind of morning.
Paddling out on a SUP would be easy fun today – getting back against that wind could be another story! 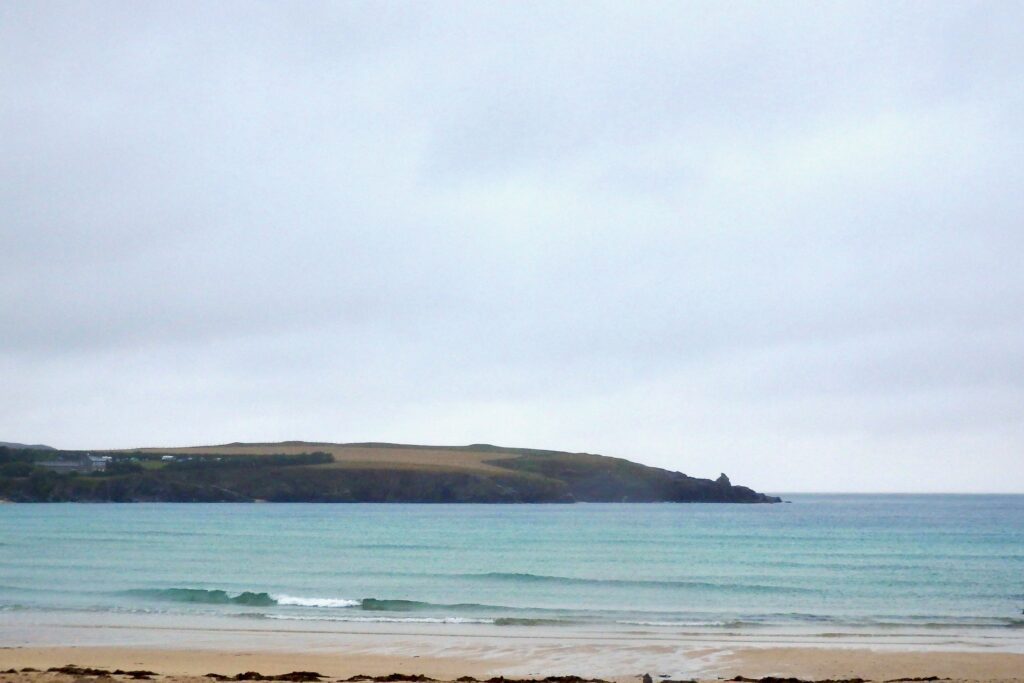 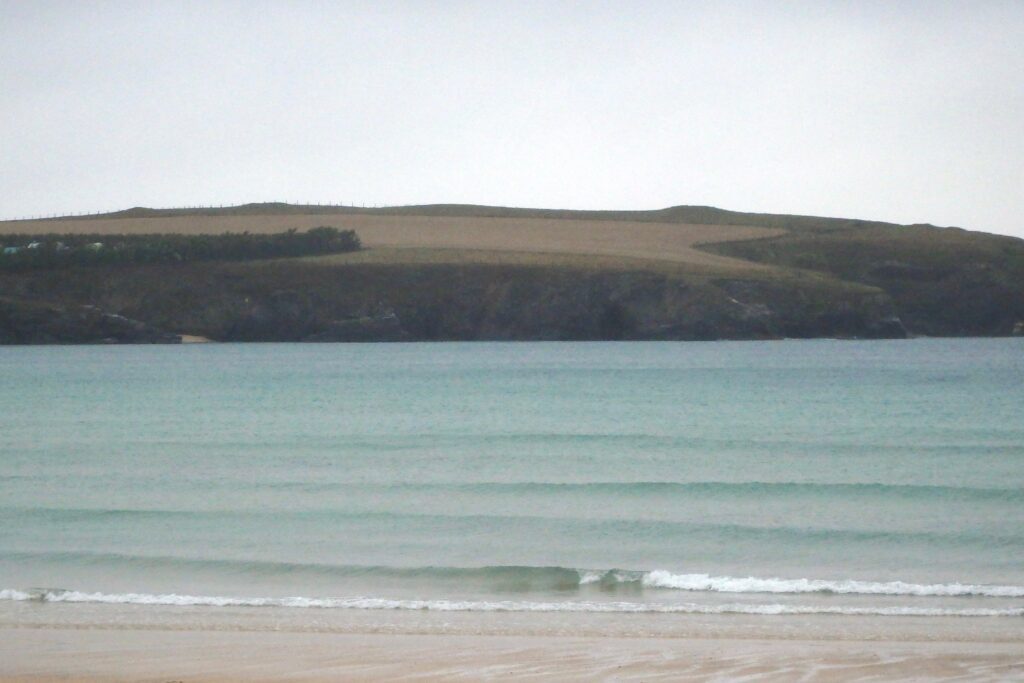 A four foot, close-fetch swell will be torn and tattered by a gusting west nor’ westerly wind today, the weather gradually brightening as any heavily rain sodden clouds are blown quickly away.

A series of little fronts and low pressure systems are queuing up to spread more autumnal weather our way as they cross the North Atlantic again this week. And so the winds are going to be mainly onshore bringing plenty of mixed weather and chillier air temperatures than we would choose for mid-August.
By midweek we are likely to see some lumpy and more sizeable windswell rolling onto our more exposed westerly facing surf breaks, the winds strengthening and backing more north westerly as we go along making for onshore and choppy conditions all along the coast.
By the end of the week we should be enjoying some more south westerly winds, allowing Harlyn to come alive and clean up a lot as the surf builds and builds.
We are likely to be seeing some thick and thumping overhead surf all the way into next weekend but with those winds making everything that little bit more difficult.
Still, it is August and we often get a lot of ‘weather’ in August don’t we!
Have a great weekend, wherever you are and whatever you’re doing!