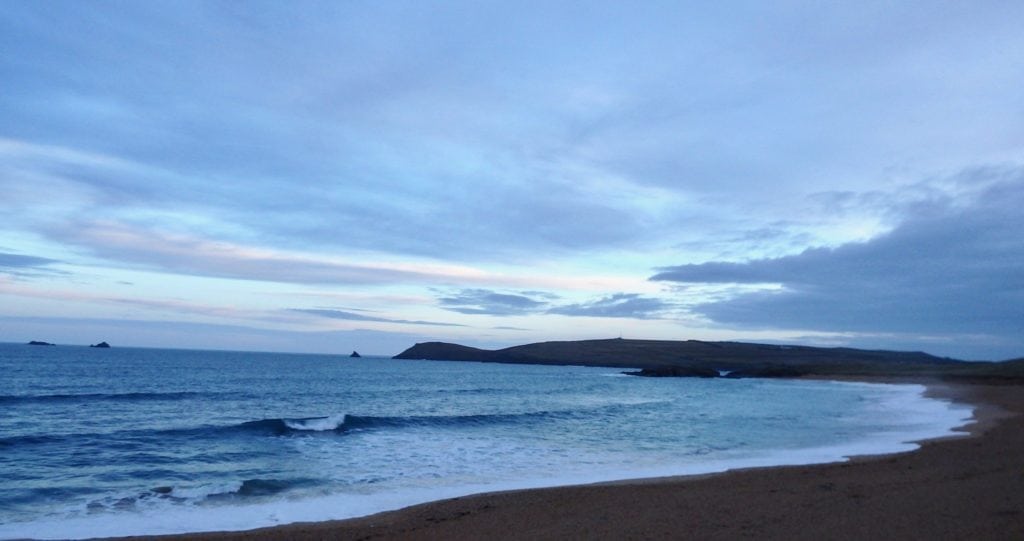 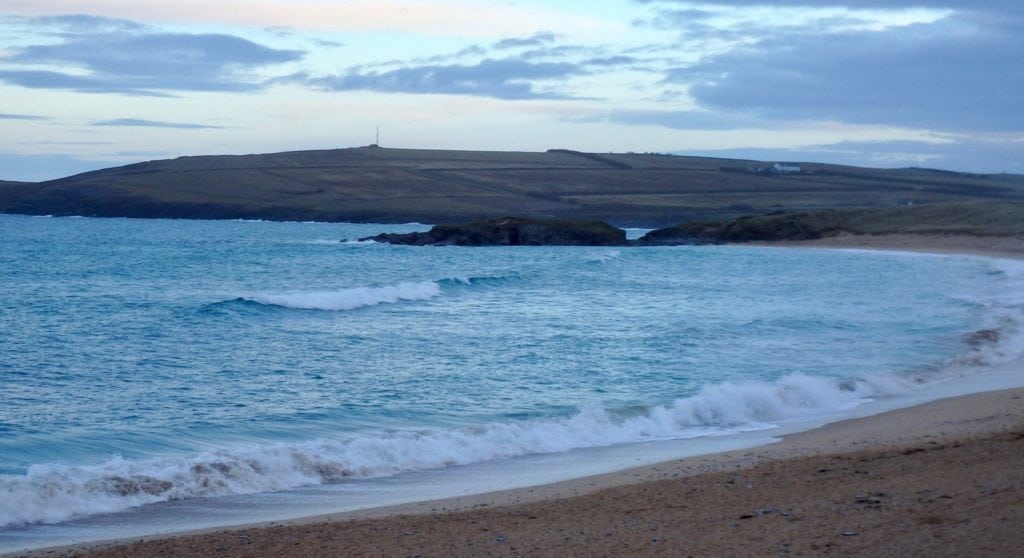 A bright and pleasant, almost spring like day is spreading along the coastline this morning, the sky gradually clearing, shaking off that early morning dawn greyness in favour of something much brighter and cheerier.
The surf looks to be couple of feet or so, it’s a little difficult to tell precisely, that tide is way higher than the tables would suggest and so those waves are struggling to break in the deep water.
But a good couple of feet of fairly smooth and even swell lines are peaking into folding waves and then crunching onto the shorebreak.
Give it a couple of hours and we should be enjoying waist high cruisers in the sunshine at the usual spots.
It’s feeling really mild too! 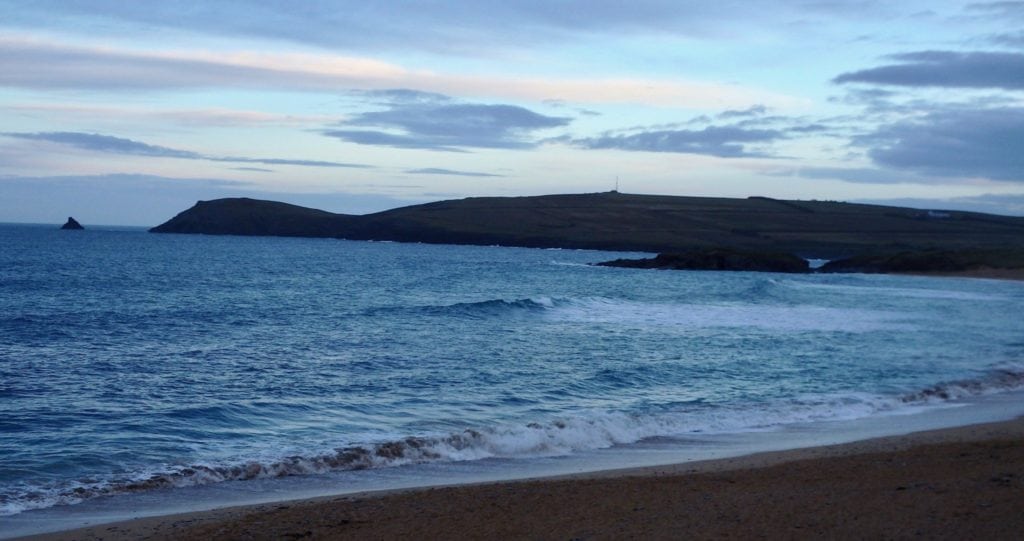 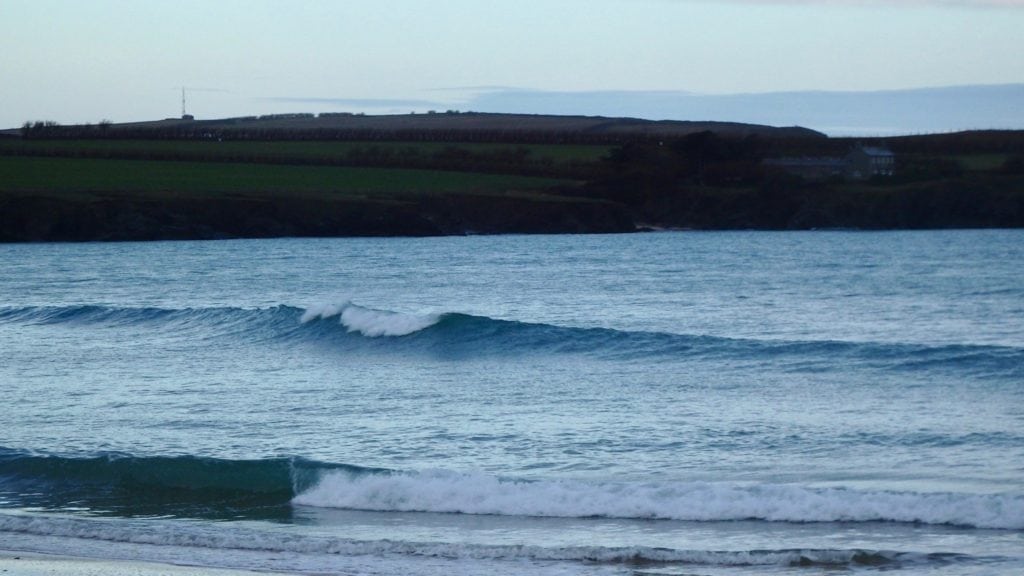 The waves are almost flat here this morning but not quite!
A foot or maybe just a bit bigger than a foot of folding peaks are occasionally sliding onto the high tide shore dump, all glistening and glassy and pretty and shiny. But really, really small.
If it builds at all (and it could easily do), then here could be worth another look but right now it is a pretty scene to look at on your way to somewhere else to surf!

Fresh South westerly winds will be blowing some slightly bigger waves our way today, not that big but hopefully in the three to four feet range, hopefully big enough to get some waves into Hralyn where it will be cleaner.

The wind is likely to blow from a more usual south westerly through midweek but not too strongly and maybe only for a moment!
The back half of the week looks calm and settled and offshore again. But not that hard blowing offshore of the start of the week, we should be enjoying something much calmer and more enjoyable (and much milder too!).
The waves are likely to increase just a little in size as the wind goes onshore through Wednesday and into Thursday. And that should allow the surf to shine for the remainder of the week with only light offshores keeping those mainly three foot swell lines organised and tidy.
Have a great week, wherever you are and whatever you’re doing!