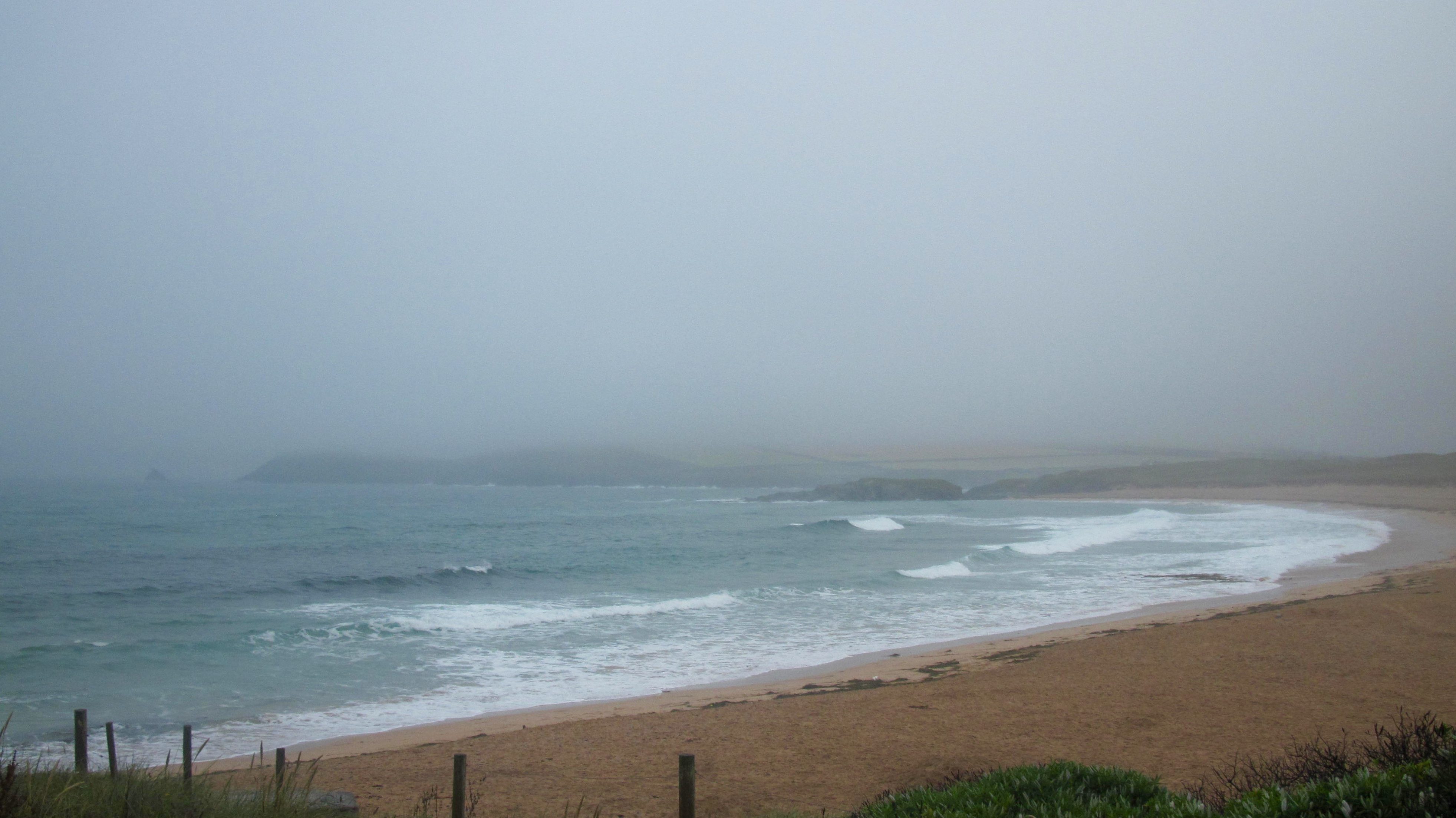 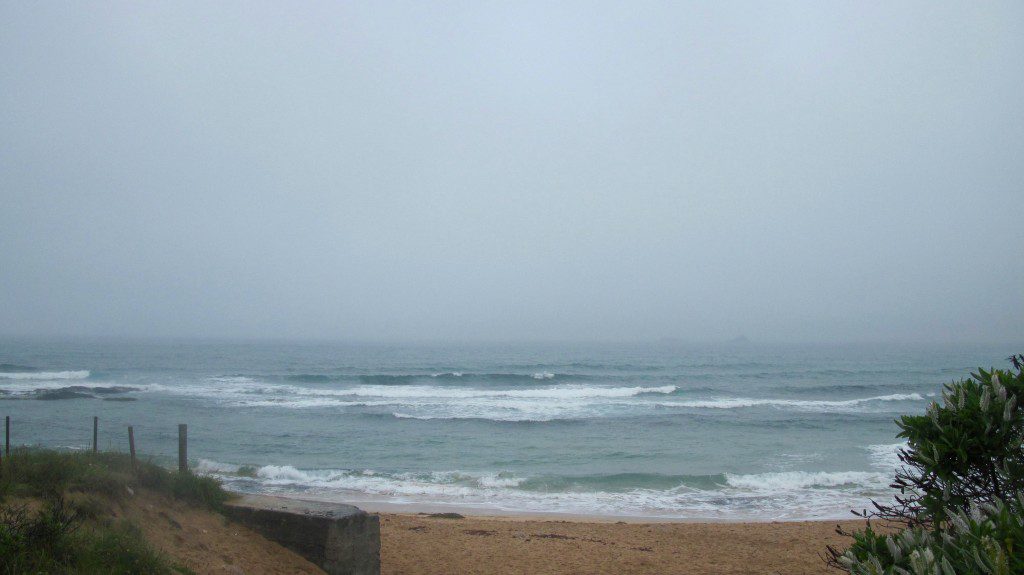 Ha!
Mid July?
Really?
It’s a fog ridden, mist laden, du Maurier of a morning, the ghosts of Jamaica Inn almost physical in the mizzle.
Yes it is another damp and dreary start to the day, the wind light enough and breezing in onshore from the south west just putting a bump on the faces of those two foot wave faces.
The waves might be a smidgeon bigger on some of the sand tramping sets but generally it is pretty much just a couple of feet.
But today is likely to be a day of two halves, we should be reaching for the sunblock and flip flops by lunchtime.  In fact you can see the brightness trying to push through all that murk already!
And that breeze is forecast to slip to the north east, a bit chilly but maybe offshore.
So there is that chance that by this afternoon we could be gliding across hip to shoulder high and smooth wave faces in some glorious sunshine! 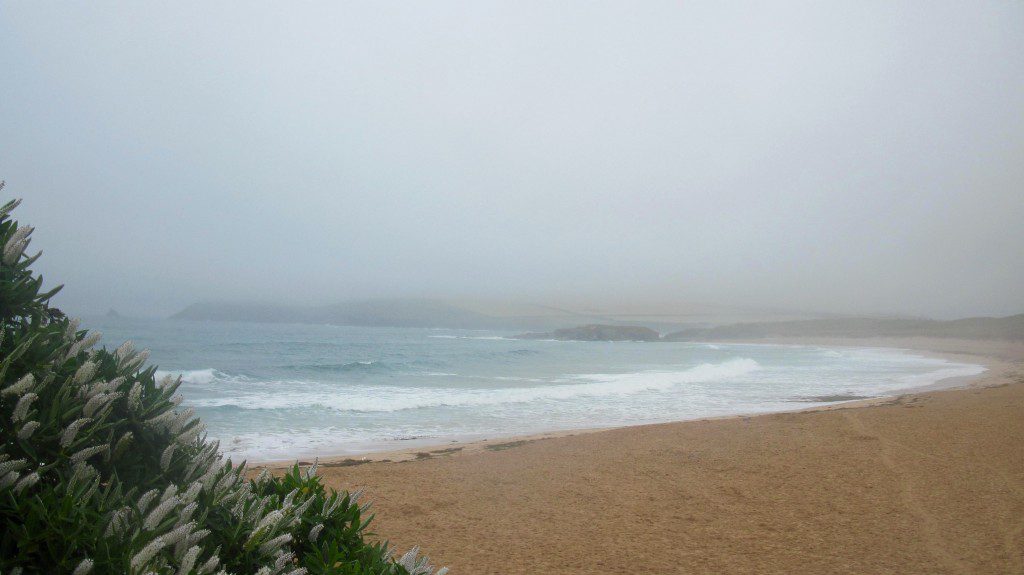 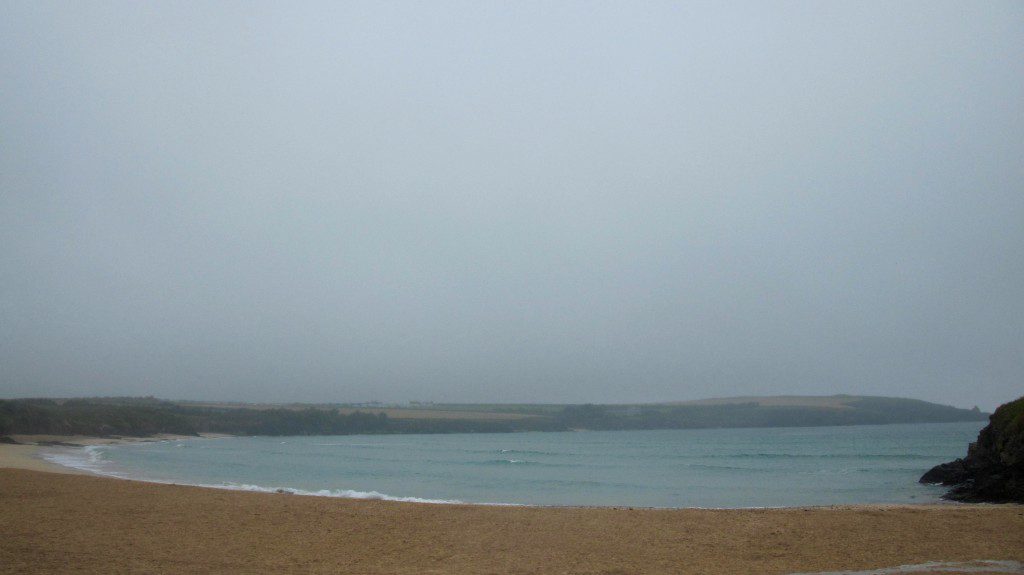 It is all but flat here this morning, there are tiny little ripples gliding into the bay just a half hour or so after high tide but they’re barely breaking and it’s only likely to weaken with the dropping tide.
No, if you want to surf today then you’re going to have to find your way across the headland in this mizzle and murk. But it could be worth it, by the time you get there the sun could be shining with one to two foot waves peeling in!
But it’s likely to stay flat here all day. 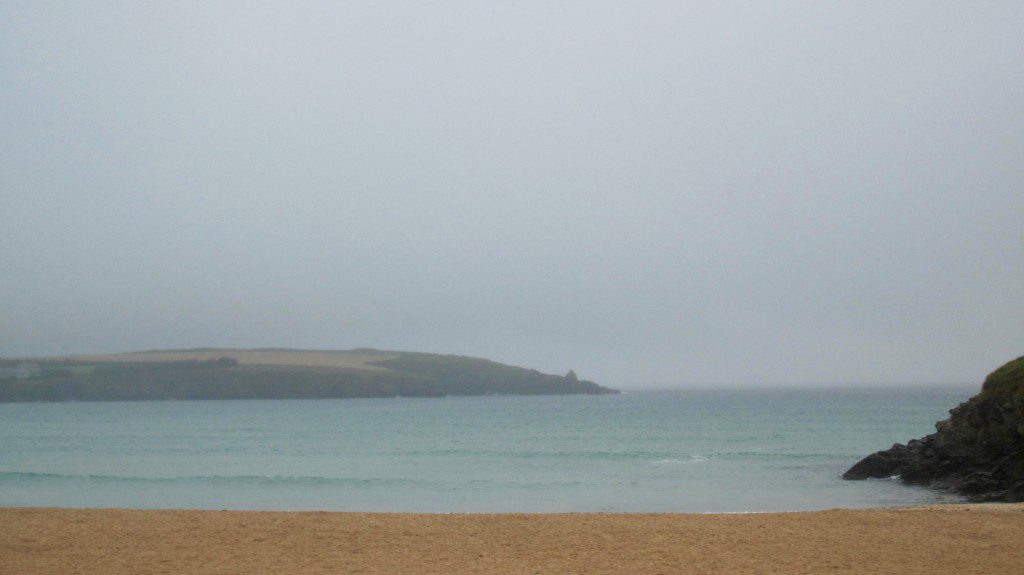 The wind looks likely to switch to the south east for today, offshore at all of our favourite surf breaks!
The swell is only likely to be small but should be big enough to get a longboard glide going, especially if you pick just the right time, just as the tide hits a shallower spot and trips those hopefully smooth and glassy little waves into something more hollow.
It could be fun day today and we might (might!) just see a little bit more brightness too!

As this week of dismal weather enters its second half we should see a start to something of a change.
Offshores should be with us by Thursday, starting out light but strengthening as the day goes on, maybe pushing too hard against the already small and quite weak swelling and so making for marginal conditions by late afternoon. But before that we should have some gliding surf fun!
By Friday the wind is likely to be gusting in from the west, pushing a biggish swell ahead of it.
Friday looks like a Harlyn day, a four foot and bowling, sideshore kind of Harlyn day. And while the swell eases away through Saturday, the wind is likely to slip to the south west, cleaning up conditions at Harlyn.
So a weekend of dropping surf, lightening winds and some bright enough weather awaits, with maybe better conditions at Harlyn through Saturday morning, the action switching back to the main breaks through the rest of the weekend.
Have a great week, wherever you are and whatever you’re doing!