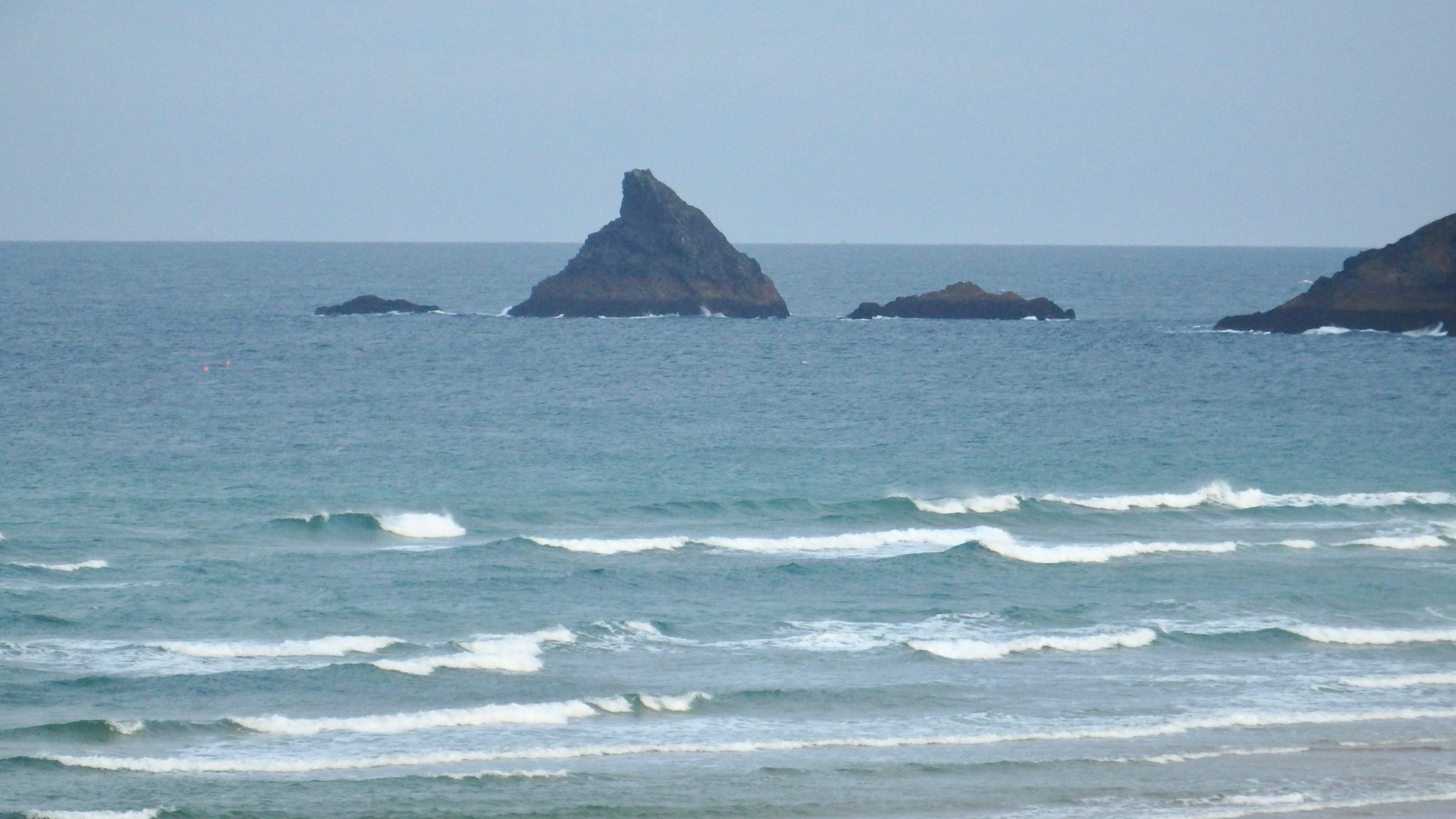 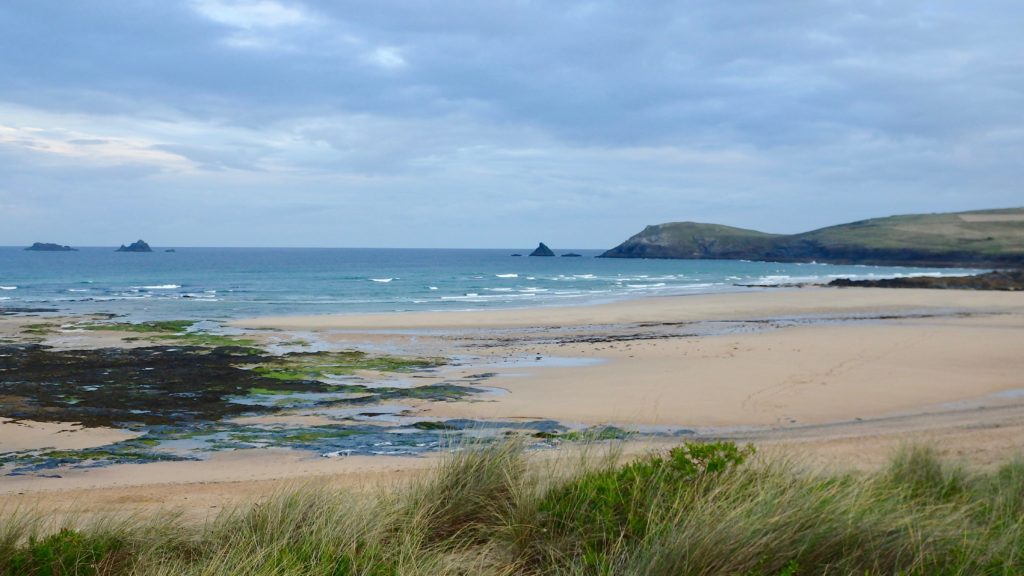 Luke says, ‘that’s lollaping surf – a coupe of feet, not much structure’
Connan say, ‘dull morning, dull surf’ . But it’s not that dull really.
Hannah says, ‘meh’.
And that’s what happens when it’s a foot or two, kind of windy and a little bit cloudy.
The good news is that it should all improve as the day rolls on! 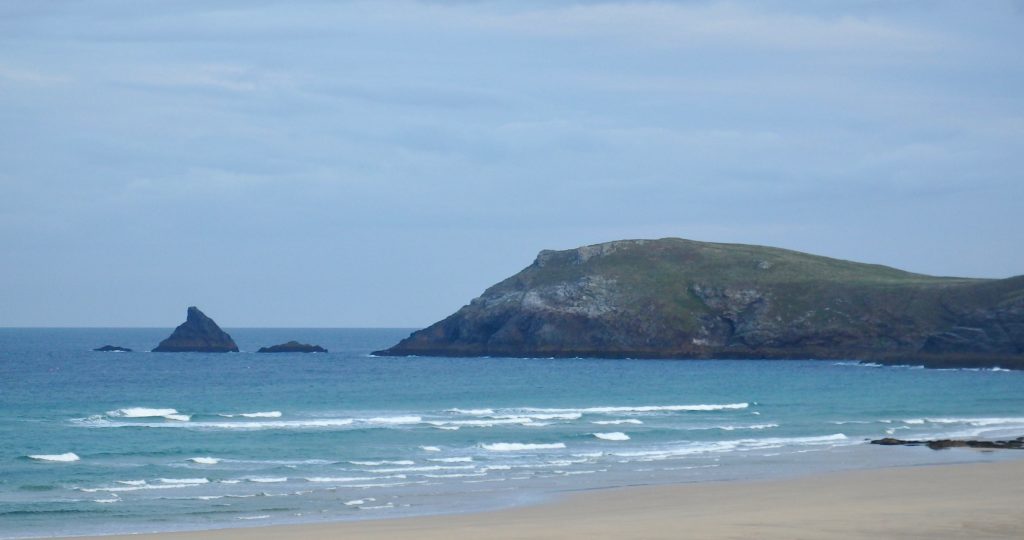 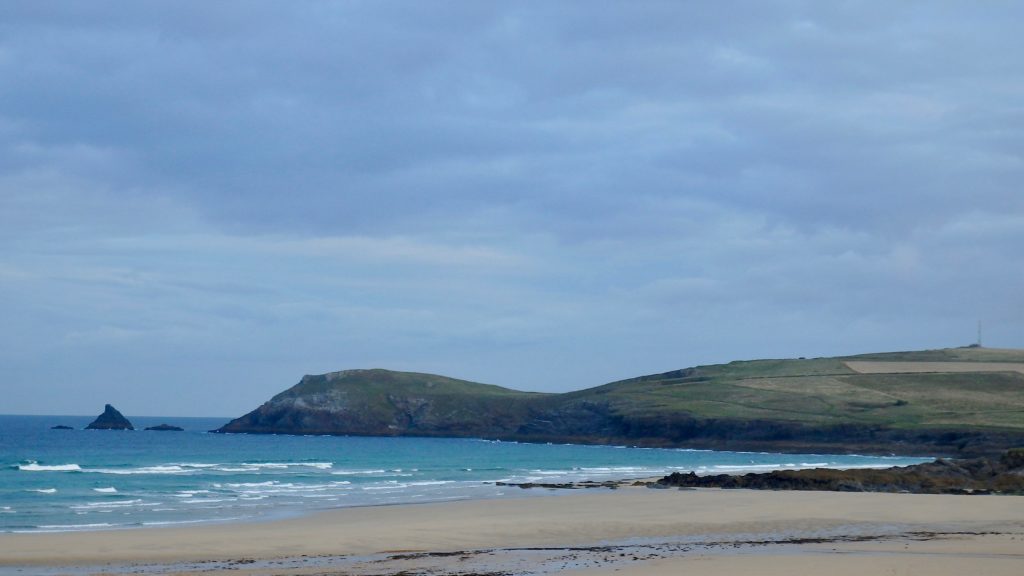 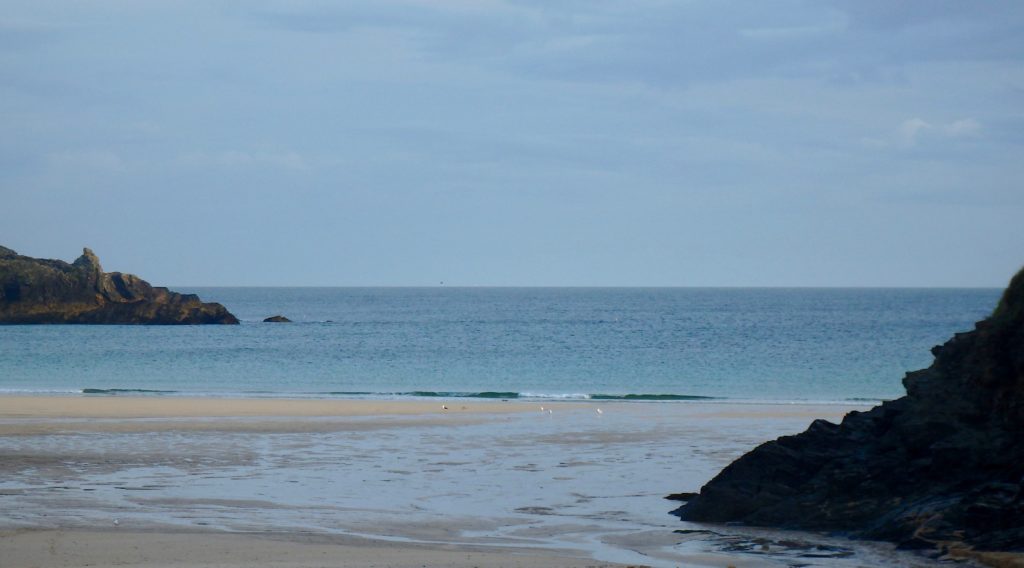 Luke says, ‘Flat and smooth’.
Connan says, ‘literally, a pancake’.
Hannah says, ‘I haven’t been around Harlyn today, I think it’s flat’.
And she is so right, it is flatty, flatty, flatski again today! 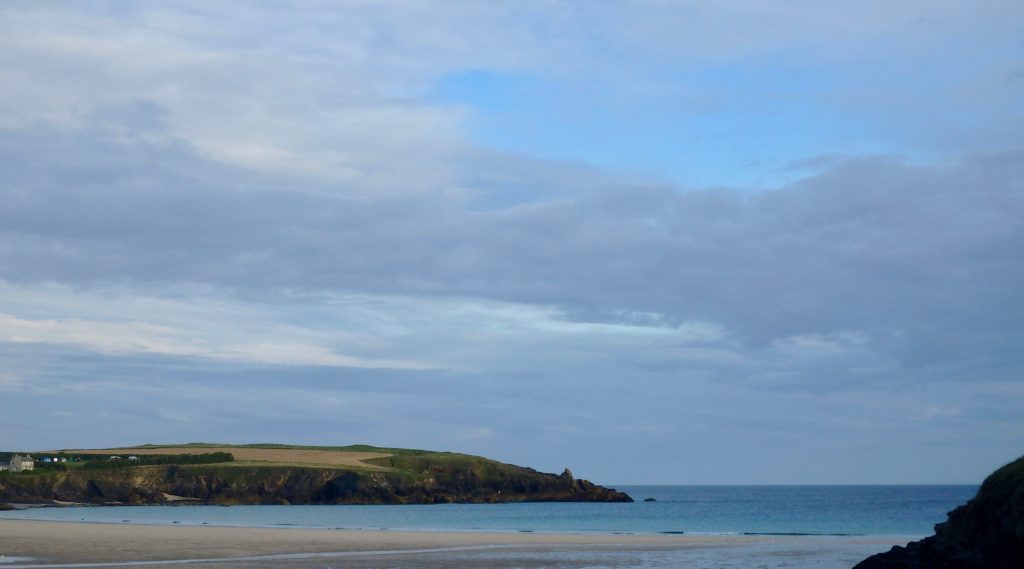 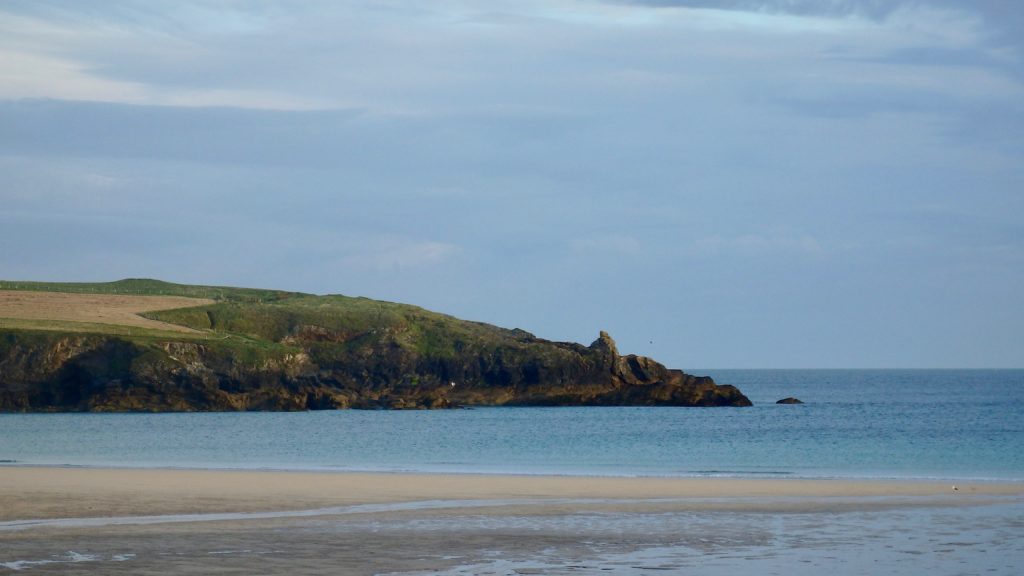 Got wax?
Got your board sorted?
Leash fixed?
Good, ‘cos you might want to be using it today!
South westerly winds are likely to blow a half decent three feet or so of thickish and lumpyish swell our way. So harlyn is likely to be small but clean while the other side should have some fun lumps to surf on!
We might even see some sun as well, if we’re lucky!