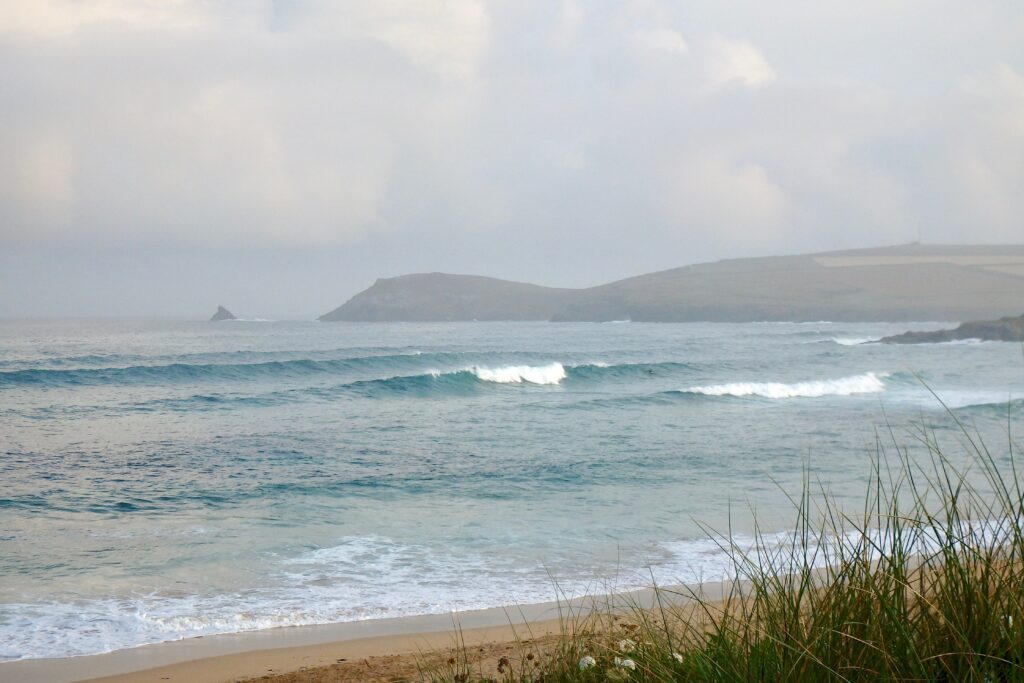 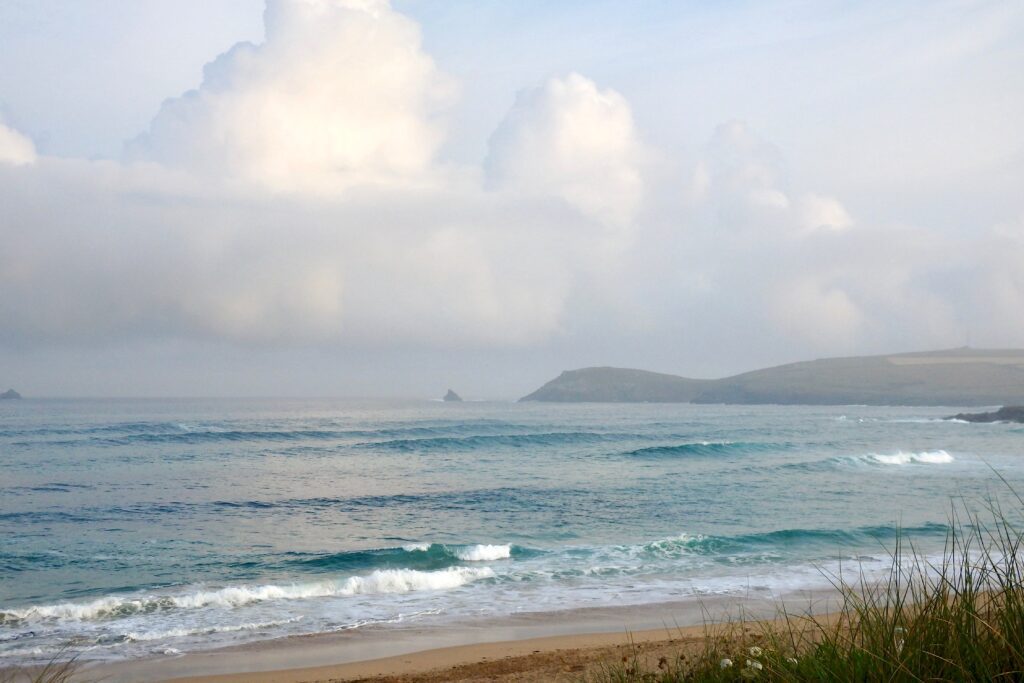 Another bright and cheery summer’s morning is shining down on us this morning, the air still, the sky clear above and the sun bright. But there is a big cloud bank just out there, towards the horizon and so it might all change. And quite soon.
In the meantime though it’s all good and the surf is pumping too!
Three to four feet of smooth lines are sweeping into the bay at full high tide allowing that peak over towards the Point to stand tall before peeling to the sand. It is a little fat and thick right now but that is mainly the early morning tide, it is likely to gradually improve as the tide empties out.
Yep, a whole lot of surfing is waiting to be done today! 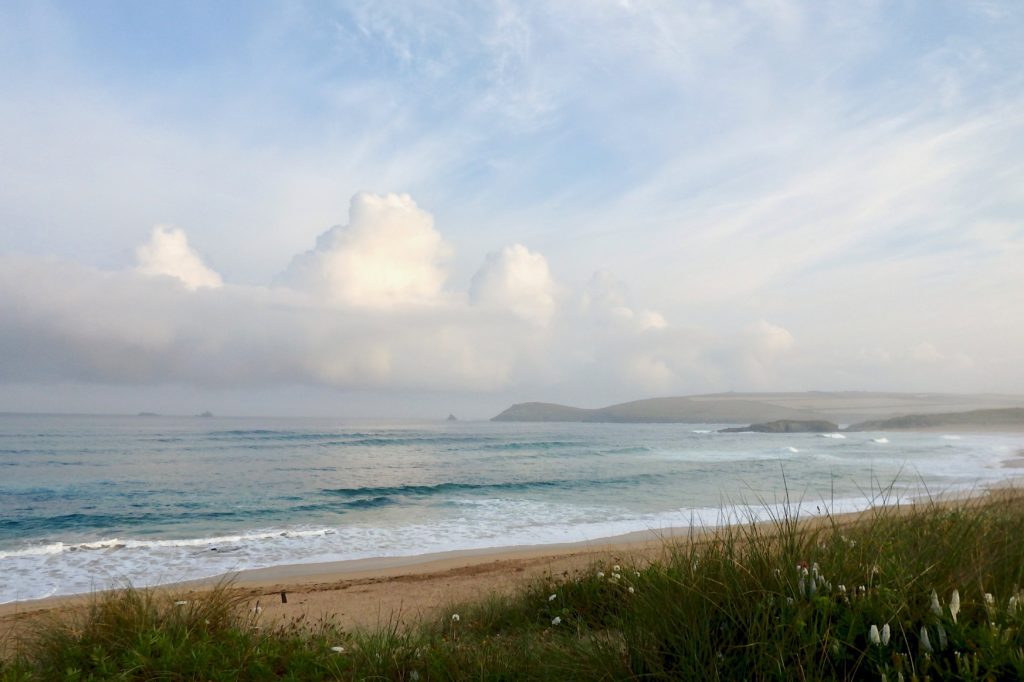 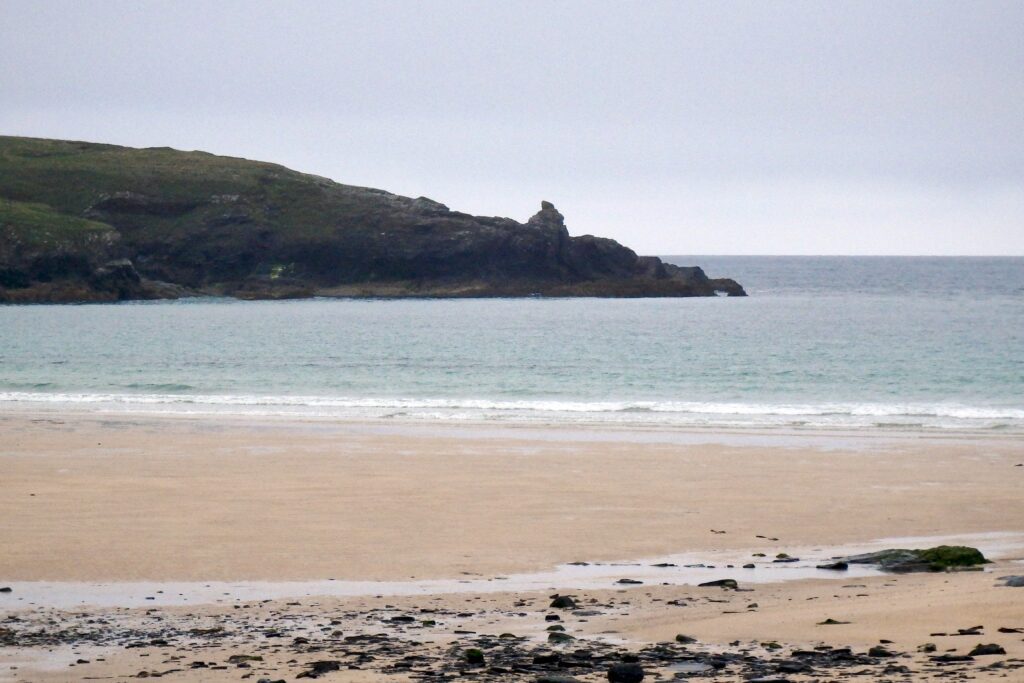 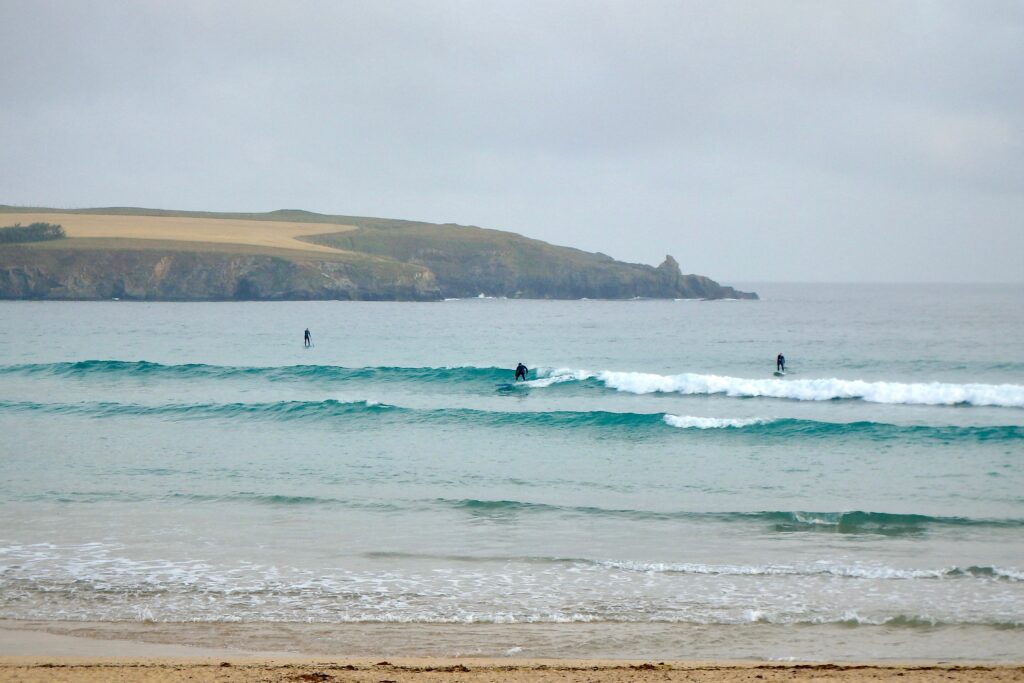 A foot or two of lazy little surf is managing to find its way into Harlyn this morning, a handful of guys enjoying a peaceful early morning high tide session on longboards and SUPs.
Those waves are a little thick but that’s mainly the tide, although the size might drop as the tide eases back too. But that should be equalled by the shallower water helping to add some sharpness to those little waves.
The other side has more size and shape today but there are some fun little waves to play in here today as well! 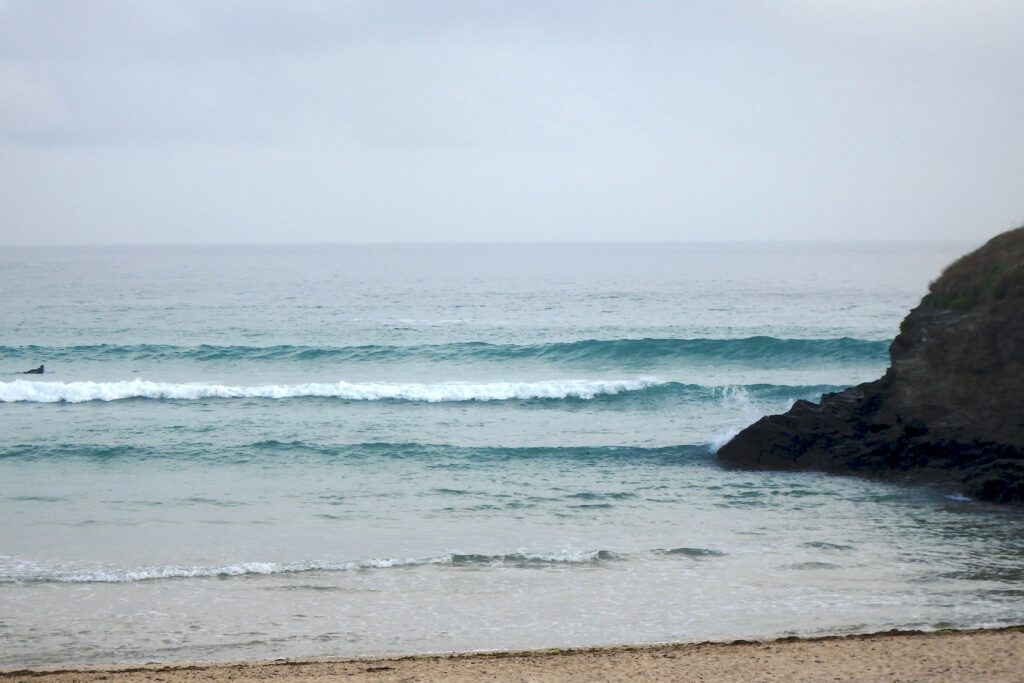 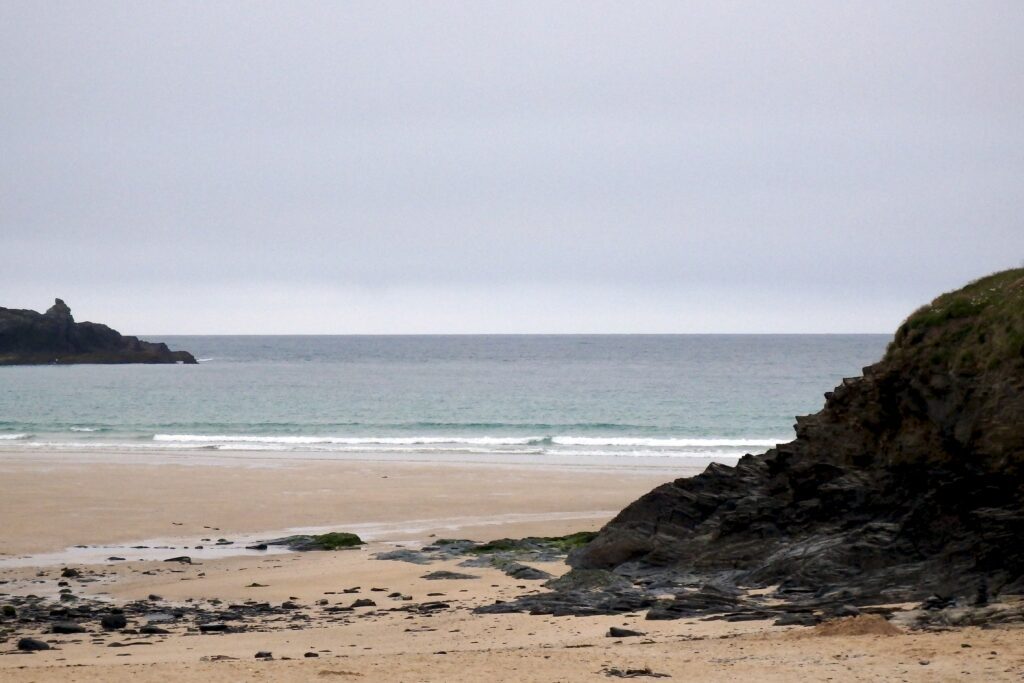 And, just as the surf rolls our way with a little more size, that wind chooses to slip onshore. Well of course it does. It is all intertwingled after all.
So we can expect some steady north westerly wind today, not too strong but strong enough to effect the otherwise consistent four feet plus of rolling swell. It’s likely to make that paddle-out some work but there should be some lumpy and bumpy fun ones to rush you back to the beach too. And the fly boys will be loving those bumpy ramps that should give them loads of air time too!

We might ride some waves that you can actually drop in on this week but, of course, the wind is likely to change too, bringing choppier and sloppier conditions.
But to start the week we should be enjoying another couple of days of south easterly breezes shaping and forming more small but pretty and very summery little surf. A foot or two at best but gorgeously shaped just to tempt you in when it is really small.
By midweek we will probably feel the wind back onshore, shadow swells peaking interest by Tuesday, the breeze still offshore first thing but soon giving way and chopping things up by the afternoon.
Westerly winds are likely to blow through for a few days, pushing three feet or more of rolling, foamy swell ahead of it.
It has been a while since we have played in lumpy, bumpy and washy waves hasn’t it! But that is probably what we will be enjoying through the back half of the week, those lumpy peaks that bounce their way into the bay becoming good fun as the tide fills in.
And the weather should hold itself through the week too!
Have a great week, wherever you are and whatever you’re doing!