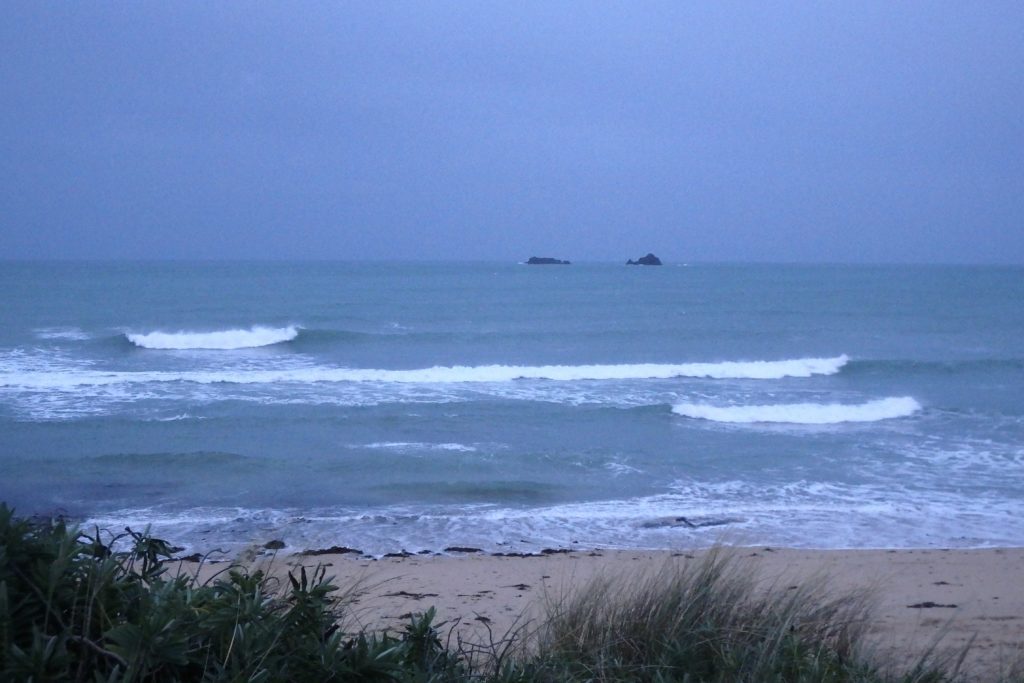 A couple of feet of offshore wind battered little surf is heaving itself into the bay beneath a cold sky of grey this morning, the air damp and the temperatures low.
There’s going to be a battle of strength between that gusting and strengthening south easterly wind blowing hard against the small but solid and building swell.
We can expect some bigger surf by this afternoon and bigger again by evening but you’re going to have to get down beneath a headland or something like it for shelter today, that wind is biting! 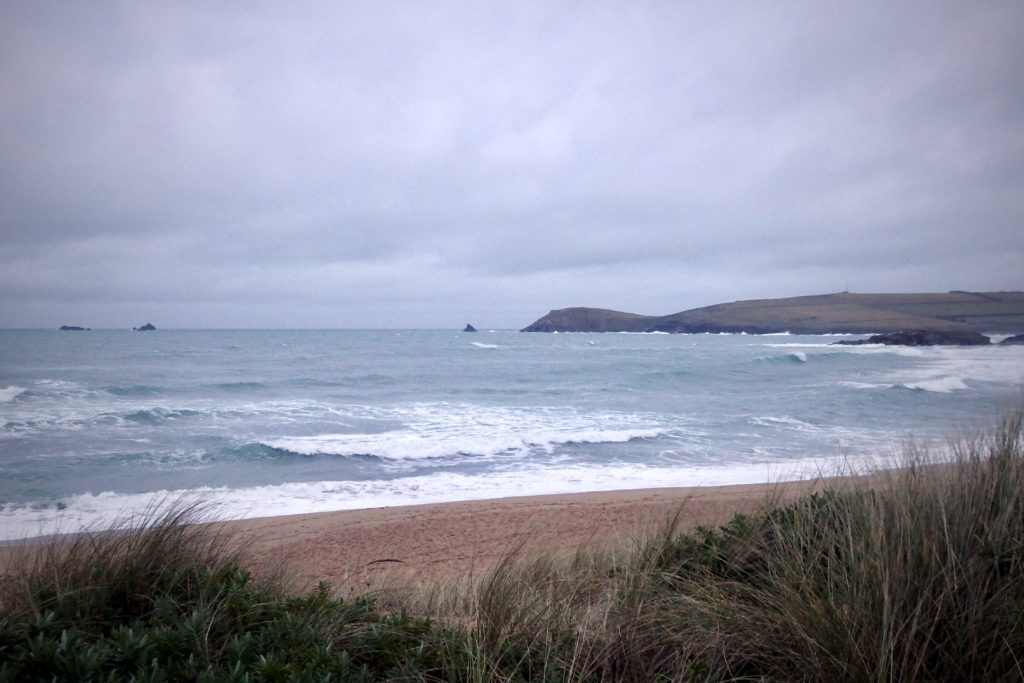 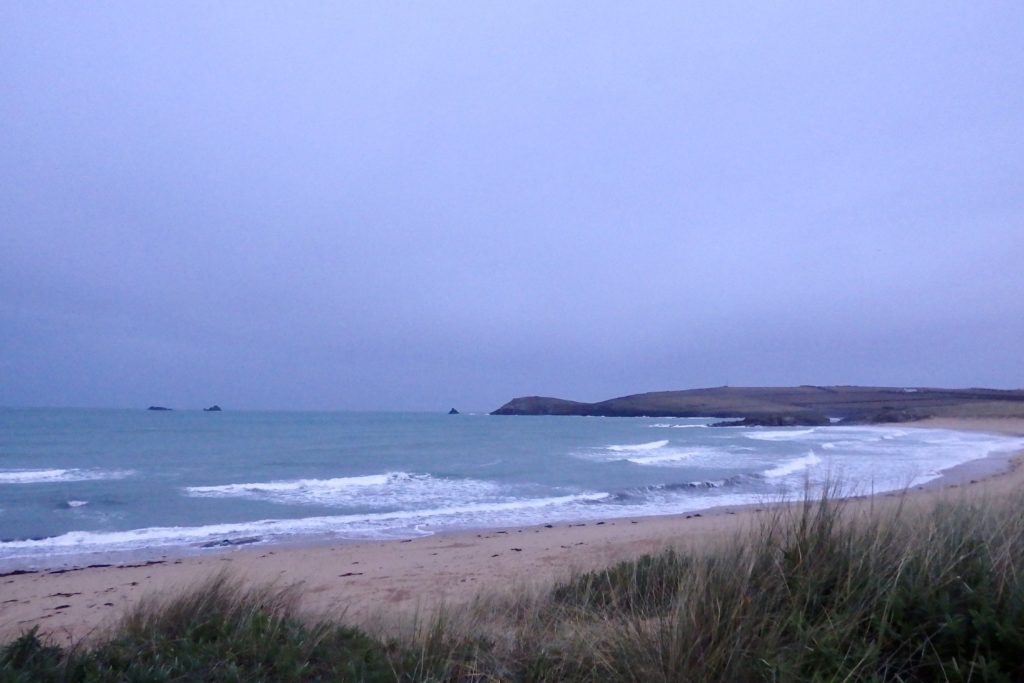 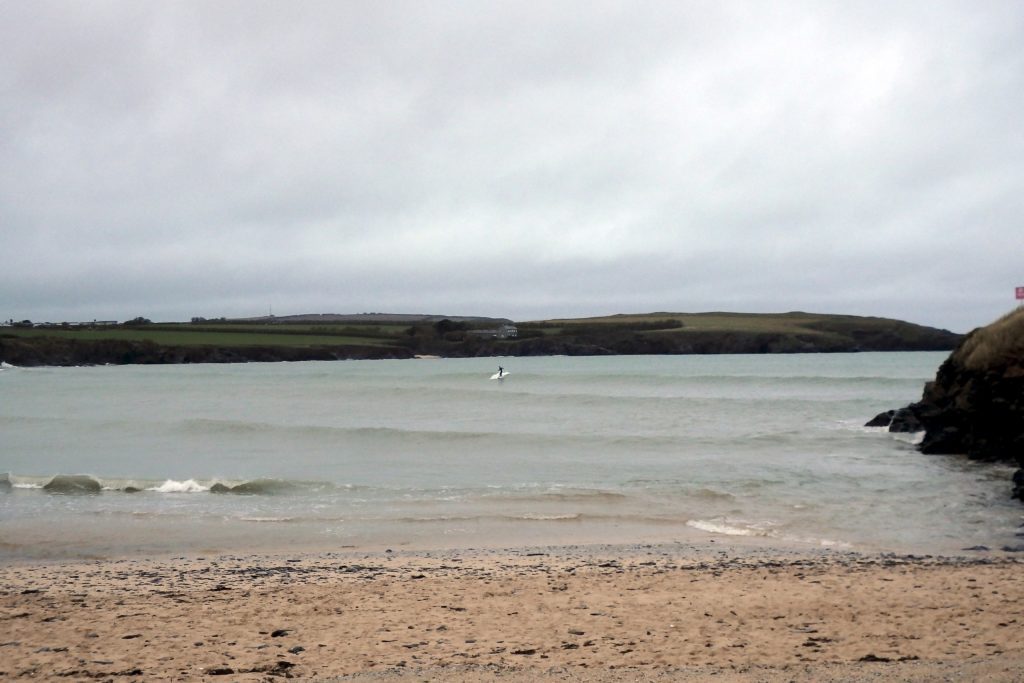 The waves are bigger than you’d expect at Harlyn this morning, it is still only a foot and that already hard blowing offshore wind is probably holding them taller than they should be but it looks fun and very glideable on a longboard.
It’s going to get bigger by tonight! 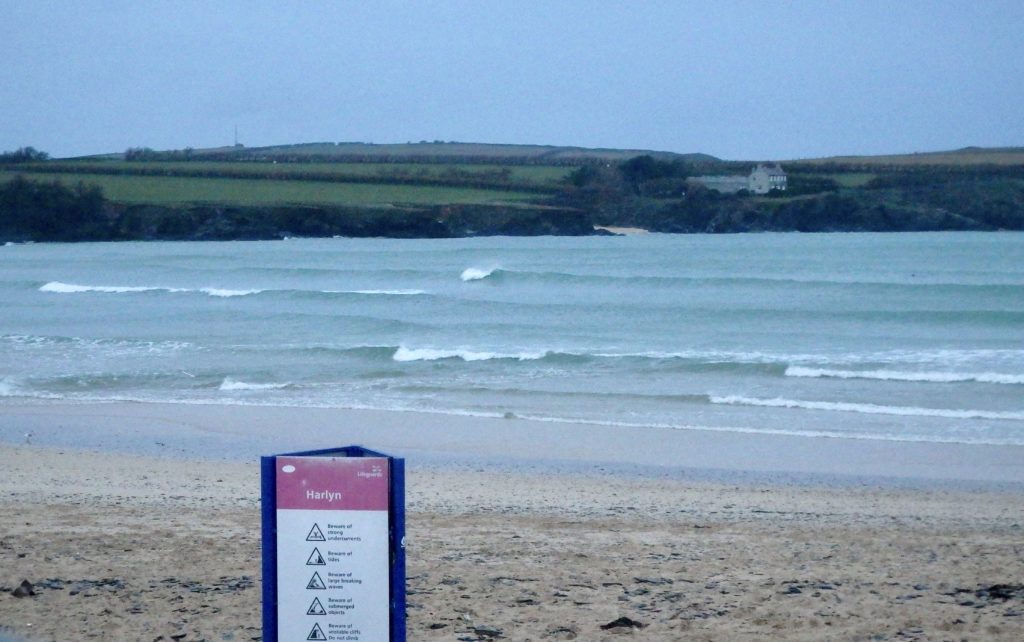 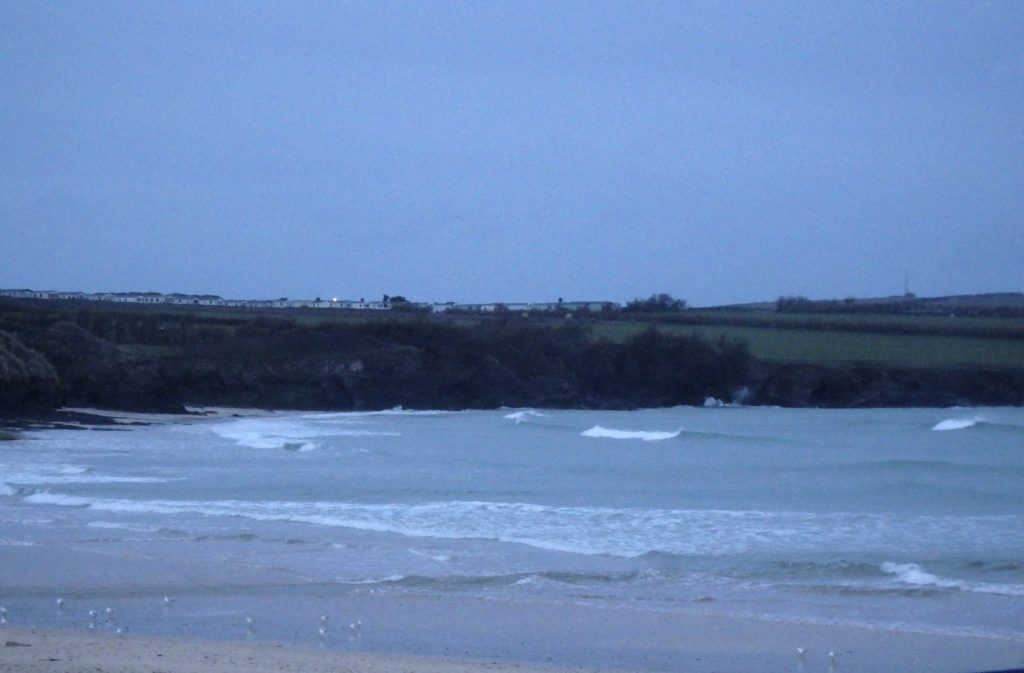 Oooh, the big sites are throwing five star forecasts around for today’s surf!
And that could be accurate too.
We can expect the wind to have eased a little in strength but it should stay almost offshore for most of the day.
So, big and rolling, hollow swells are going to be battering the coast line all day long.
Eight to ten feet and offshore?
Maybe.

After enduring a seemingly never ending series of storms and screaming winds we are looking at a much calmer week ahead.
Lighter breezes should start the week, those big leftover storm swells only gradually subsiding. With six to eight foot barrels spinning along the coasts of Cornwall we are going to be spoiled for choices of places to surf through Monday, the swell only gradually dropping through Tuesday but cleaning up and smoothing all the time.
By midweek brisk offshore, south easterly winds will be bullying the swells back from shore but we should still be able to find plenty of small to medium size surf to ride, especially down beneath those headlands and behind rocky outcrops.
And then a new and solid, big swell is expected to arrive for the back half of the week.
I hope you have done your Christmas shopping because this week could be a special one for surf, you might not want too many distractions to get in the way of enjoying those fresh and curling spinning waves all week long!
Have a great week, wherever you are and whatever you’re doing!