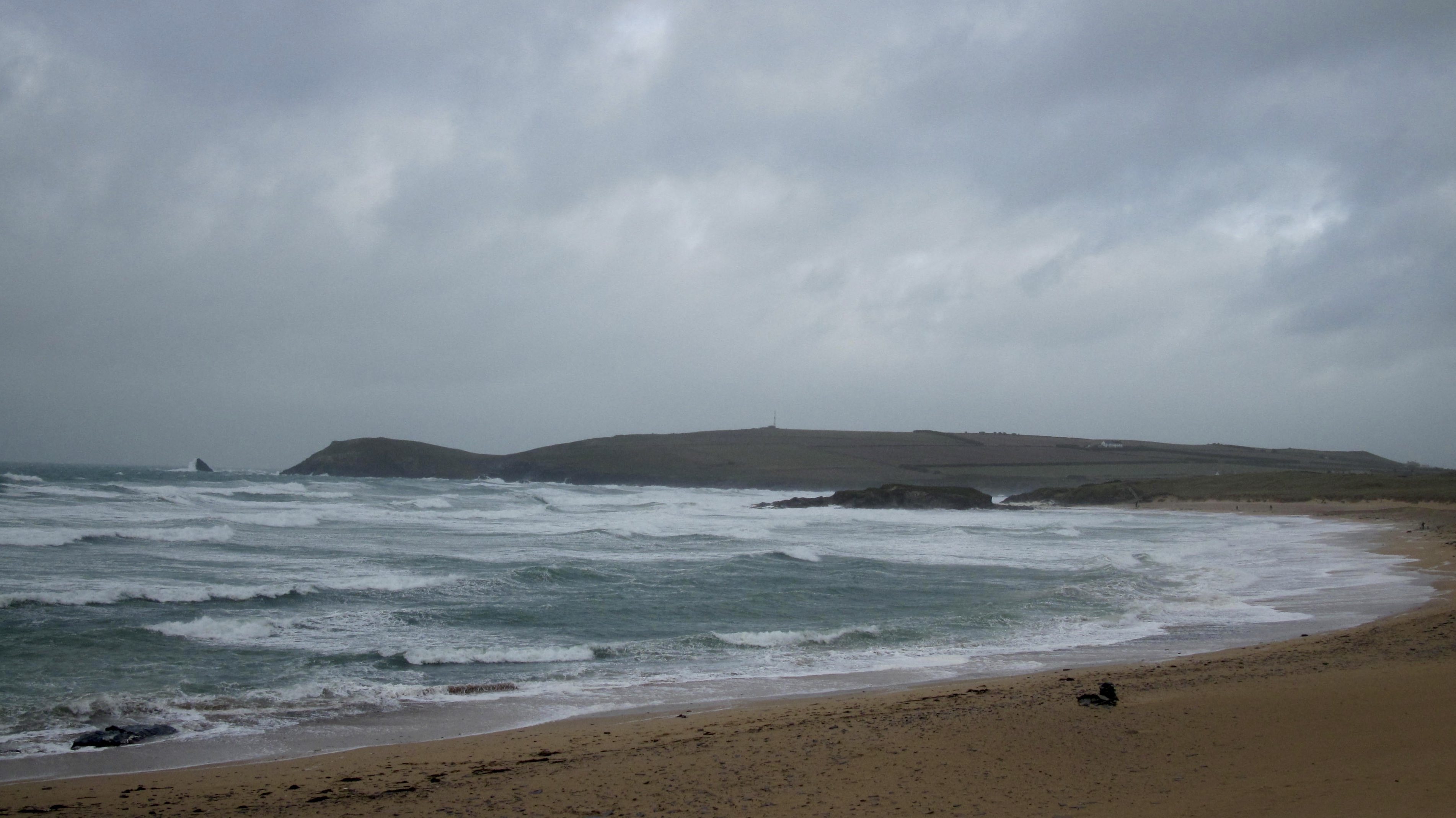 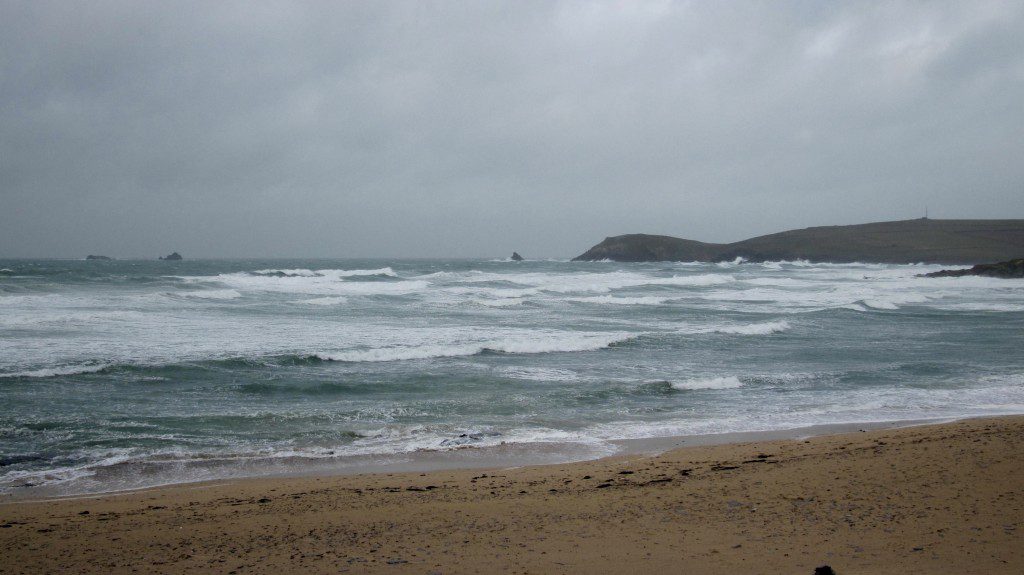 A later than usual surfcheck today, a quick trip to Truro followed by a meeting with Andy from Patagonia, exploring the benefits of the world’s first neoprene-free wetsuits!
Yep, all of next year’s Patagonia wetsuits are going to be made from Yulex natural rubber! And we have one or two on the rails ready to show you for this Winter!
Anyway, the surf is howling through again this morning at Constantine, big, bad and blown to pieces, all pushed along by more gale force winds blasting in from the west sou’ west. Those squally rain showers are putting a damper on it all too, stinging sheets of rain to test those Patagonia garments out in! 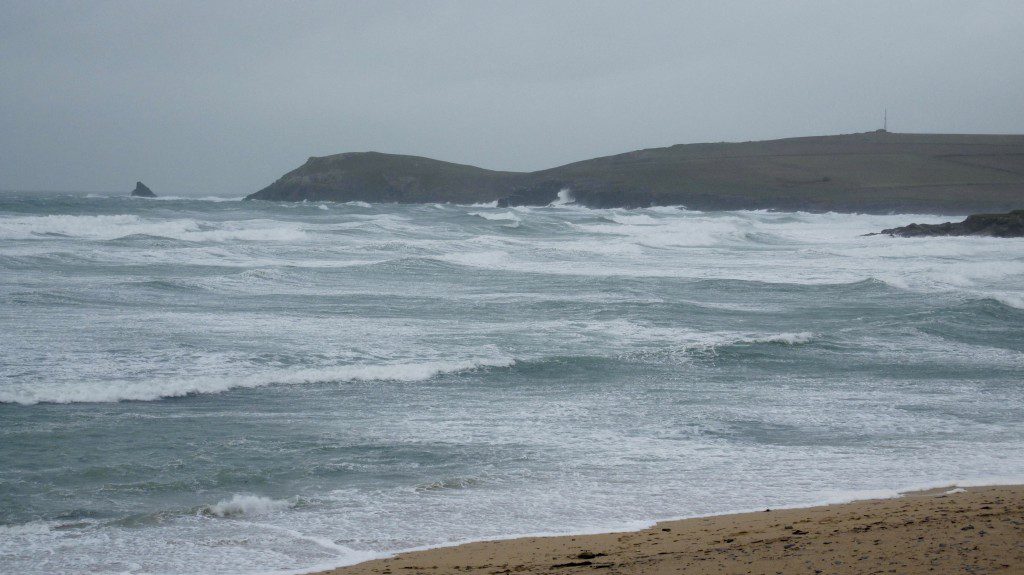 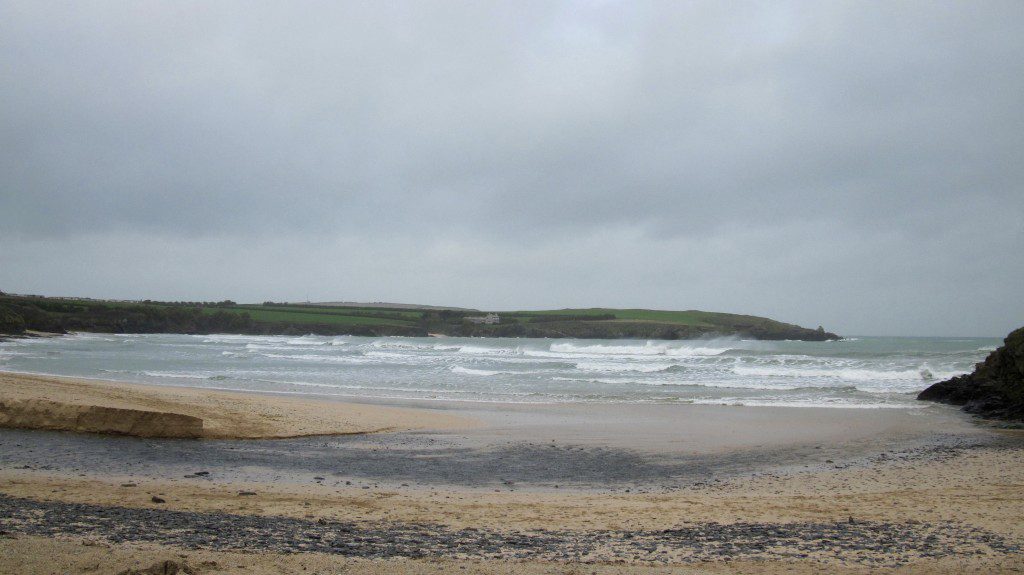 There are some clean and sharp waves grinding onto the beach here today with three to four feet of offshore blasted, hollow chambers exploding ashore.
The tide is halfway out on the drop, so you have to think that it is only going to get hollower too!
Those more sheltered spots are ruling this week but Harlyn is giving us a good go too! 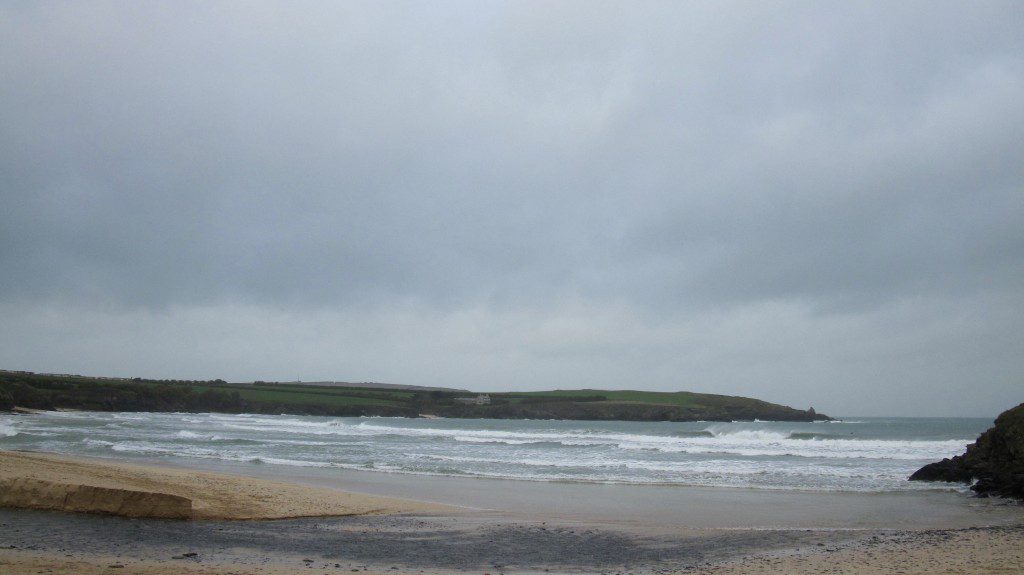 It still looks windy and stormy for today but the wind should have lightened at least a little and backed to a more westerly direction.
The swells should continue to be solid with rolling lines of mixed up and brutal waves continuing to march ashore. So those sheltered spots should continue to deliver, Harlyn being in the three to four feet range, the others being smaller the more sheltered they are.
We might see a little brightness today as well!

We have had a solid couple of weeks of driving winds and big swells now and it looks like we have another week at least coming our way!
Strong onshore winds are set for the rest of this week too, generally blowing in from the south west, veering back and fore between westerly and southerly but mostly from the south west, that storm ‘Barney’ blasting through midweek and its effects being felt for a few days yet.
That combination of sou’ westers and thick swells are the main indicators for Harlyn to be the surf venue of choice locally, those big and booming, hollow waves crunching onto the flat sand with some force.
But even Harlyn could be a bit too power packed for some by midweek and so the search will be on for those more tucked away, sheltered surf spots, those ones that only break in the stormiest of conditions! But be careful out there, it could still get big, big, BIG!
Yep, another autumn week of chunky Harlyn surf lies ahead but then there are always those other tucked away spots that might be worth a little trek to!
Have a great week, wherever you are and whatever you’re doing!