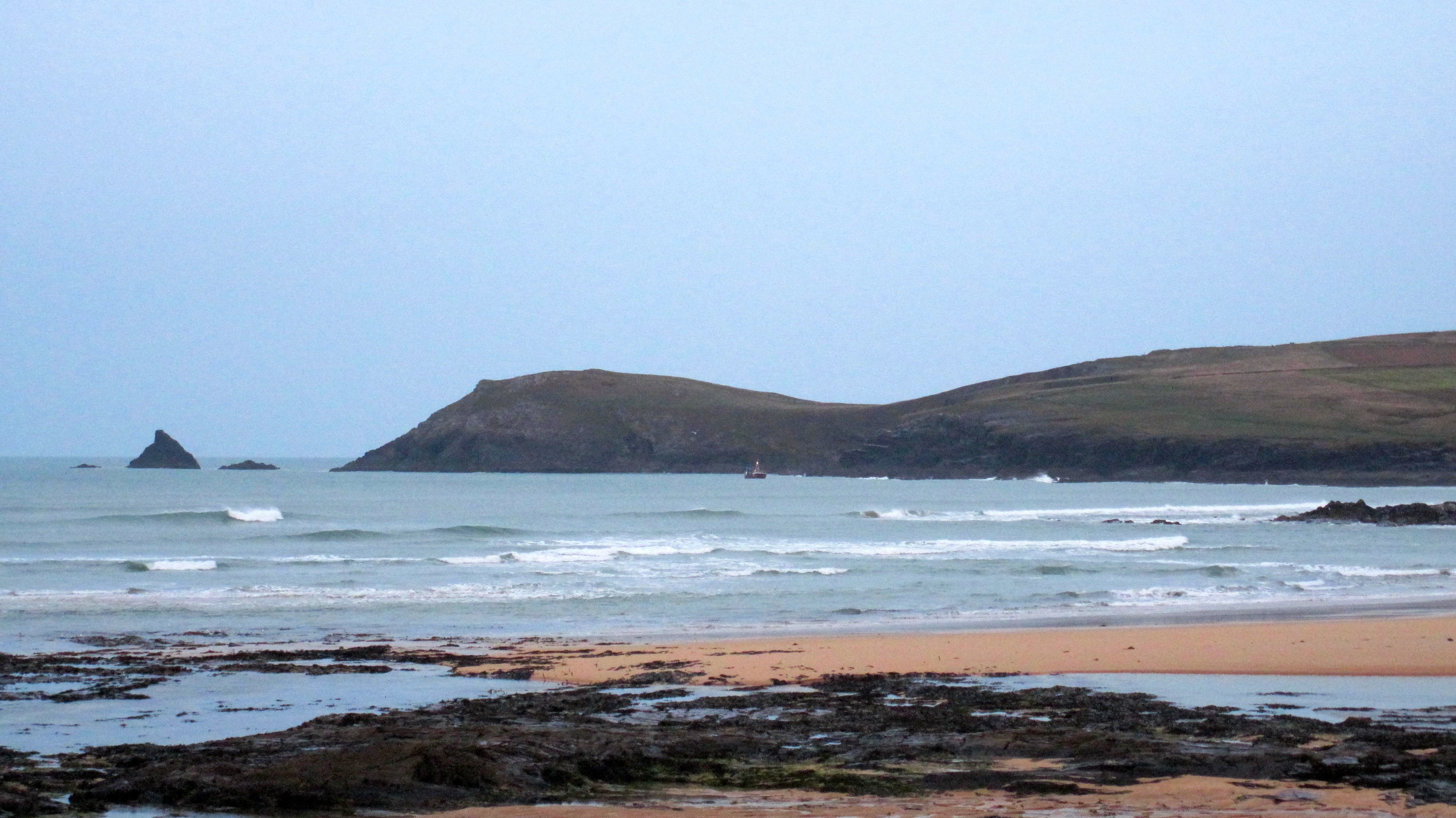 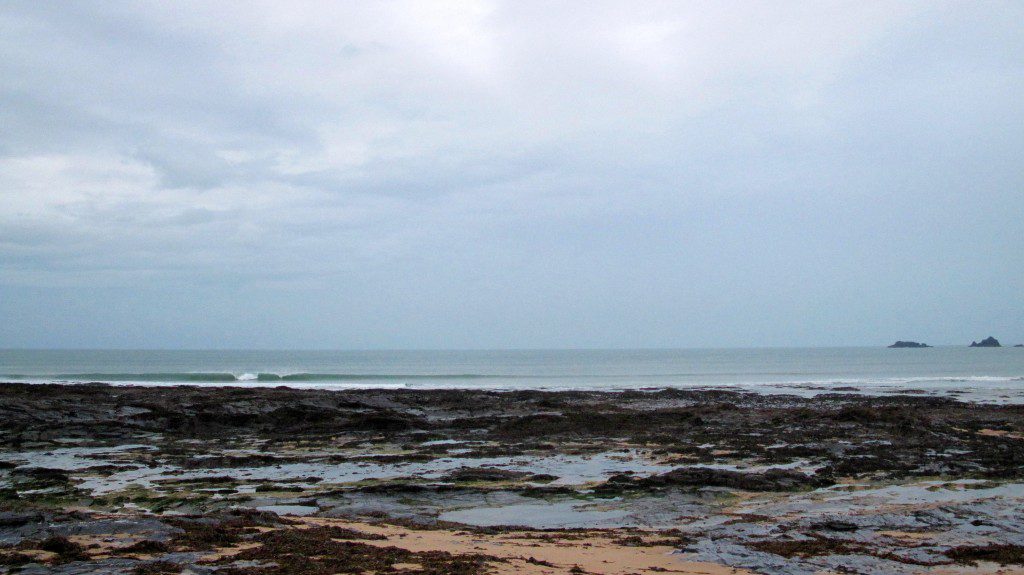 All of that noisy rain seems to have passed already, leaving quite a pleasant and mild morning in its wake.
And the surf is immaculate, only small just yet but there’s a precision about those peeling peaks.
One to two feet of glassy and folding waves are standing tall before winding off towards shallower banks, a fishing boat making the most of the smoothness at Booby’s, dragging in a healthy haul.
And everything is pointing towards a steady build in wave size as the wind stays offshore and the sky gradually clears to blue.
It is looking promising today and all forecasts point to some probable epicness later! 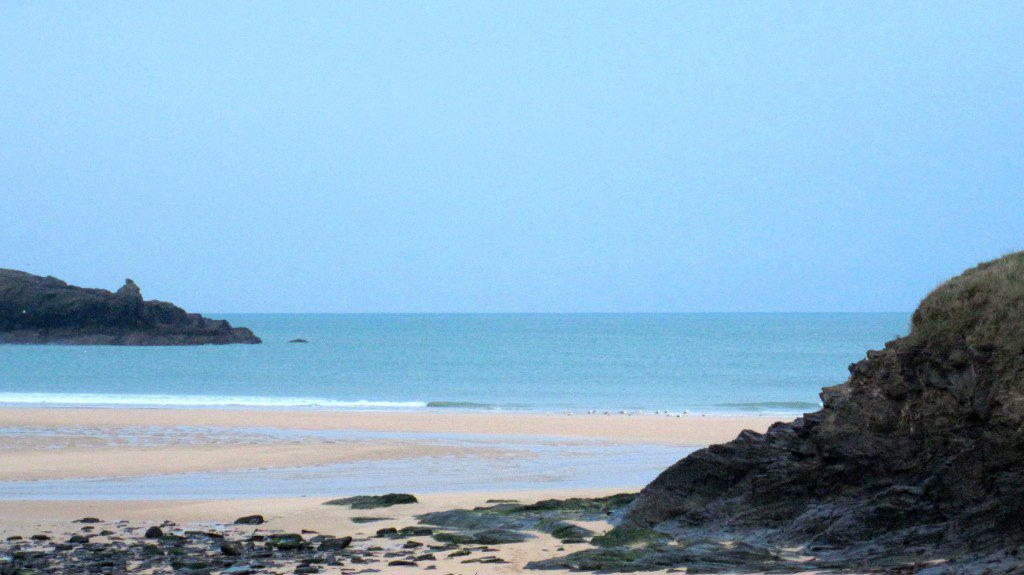 It’s absolutely flat around here this morning, barely a ripple of wash caressing the sand as the sky brightens and clears.
All the action is over the other side of the headland this morning but if Harlyn is your fave wave then keep an eye on it through this afternoon, that swell is likely to build and build, eventually sending some little swells arcing around the headland and into here.
It is still likely to be only small and the other side will be way, way better but there is likely to be a snappy little glassy surf here later this afternoon if you are that keen! 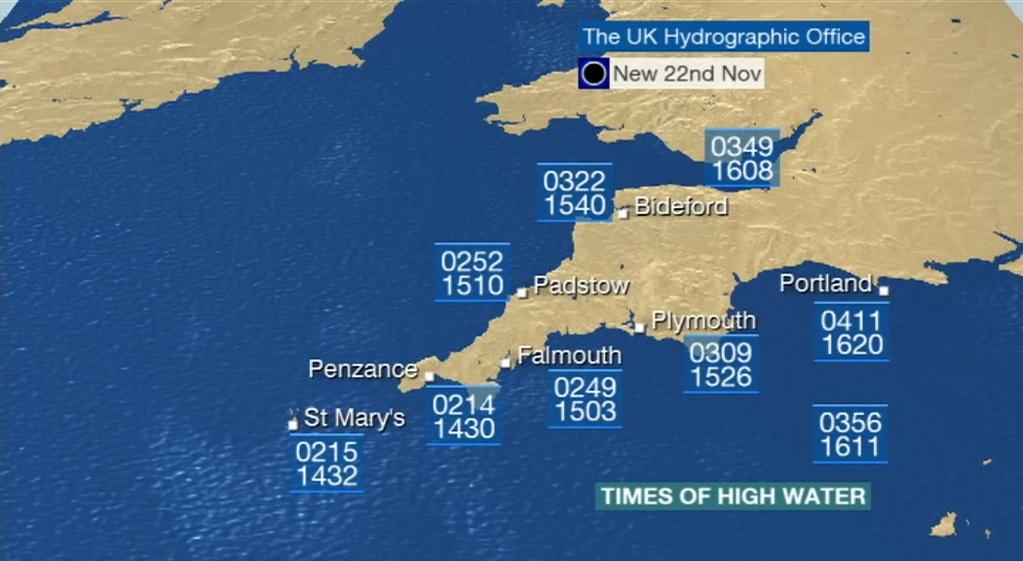 This is an easy peazy one; how about four feet plus of booming, hollow surf with light offshores, plenty of that late autumn, crisp sunshine and a peace and quiet that is only interrupted by the boom of reeling barrels?
Oh yeah!

It looks like we’re in for a great week of classic surf conditions!
The swell is likely to re-set following a little rest after the weekend, starting to roll through solidly during midweek, a massive wave-period to that swell indicating its strength and solidness. And while that swell lines up towards our best surf breaks, the wind is likely to settle into a wave-shaping, offshore.
We should be enjoying some seriously great quality waves all the way through the week, hollowed out by those winds and brightened by some fine and clear, crisp autumn weather, carrying on, maybe just a little smaller, right into the weekend!
Have a great week, wherever you are and whatever you’re doing!