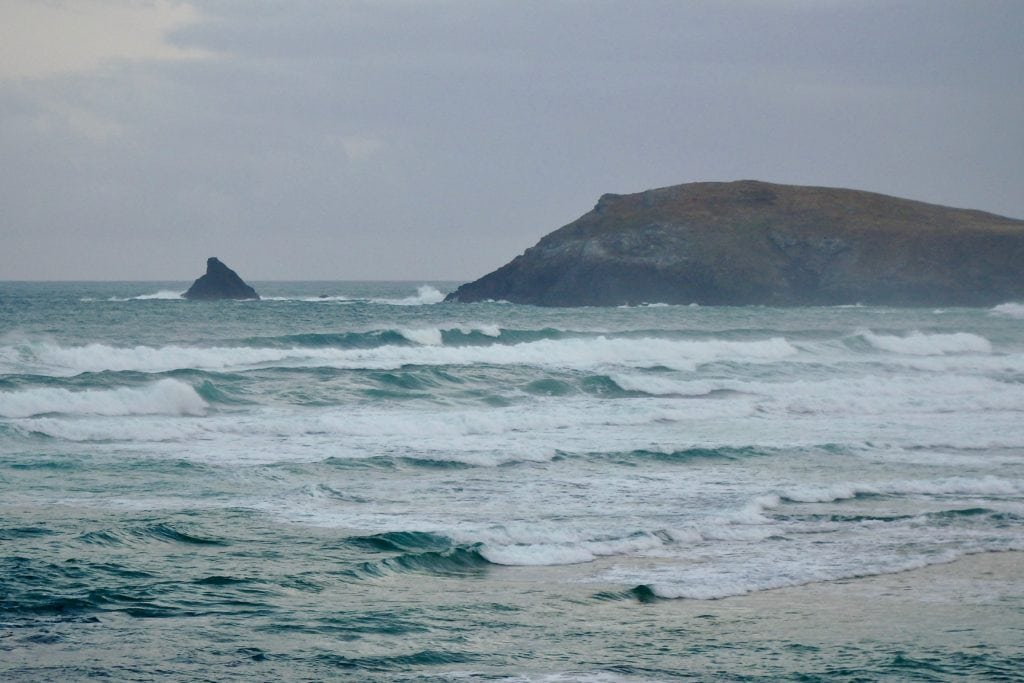 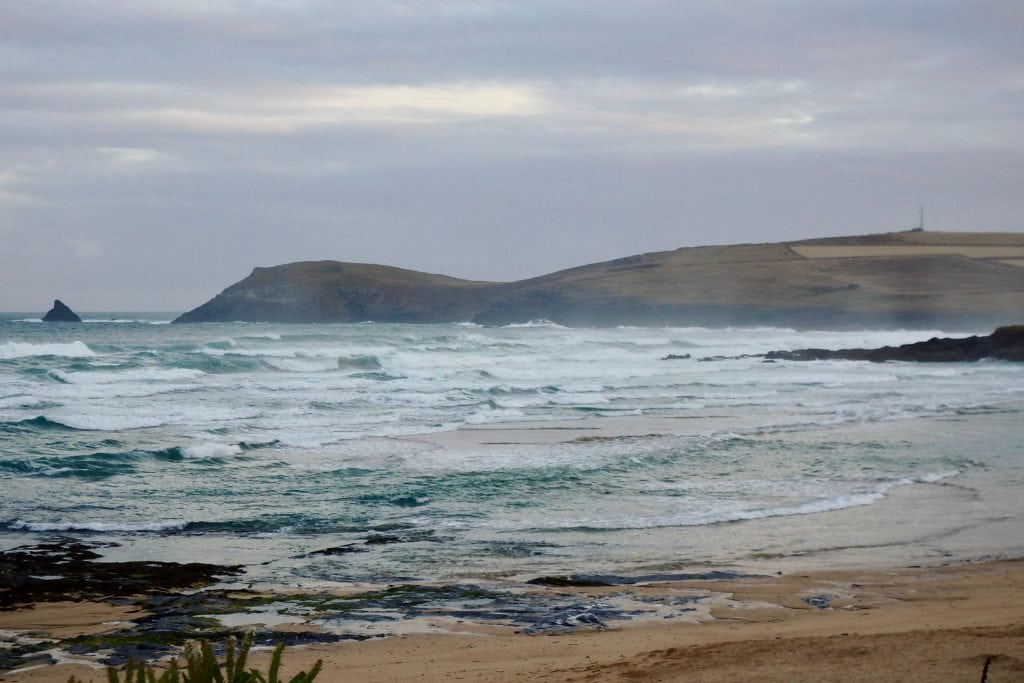 It seems to be a bit of a slow starter this morning, the sky is fairly overcast but gradually brightening, the breeze is light and from the south sou’ west the air temperature lower than it has been but already slowly warming.
The surf is roaring in though with four to five feet of lightly bumped waves hurrying along, breaking here and there and occasionally where it should.
It does look like a bit of a paddle but it could be fun if you’re up to it and keen enough.
For the rest of us there’s always Harlyn! 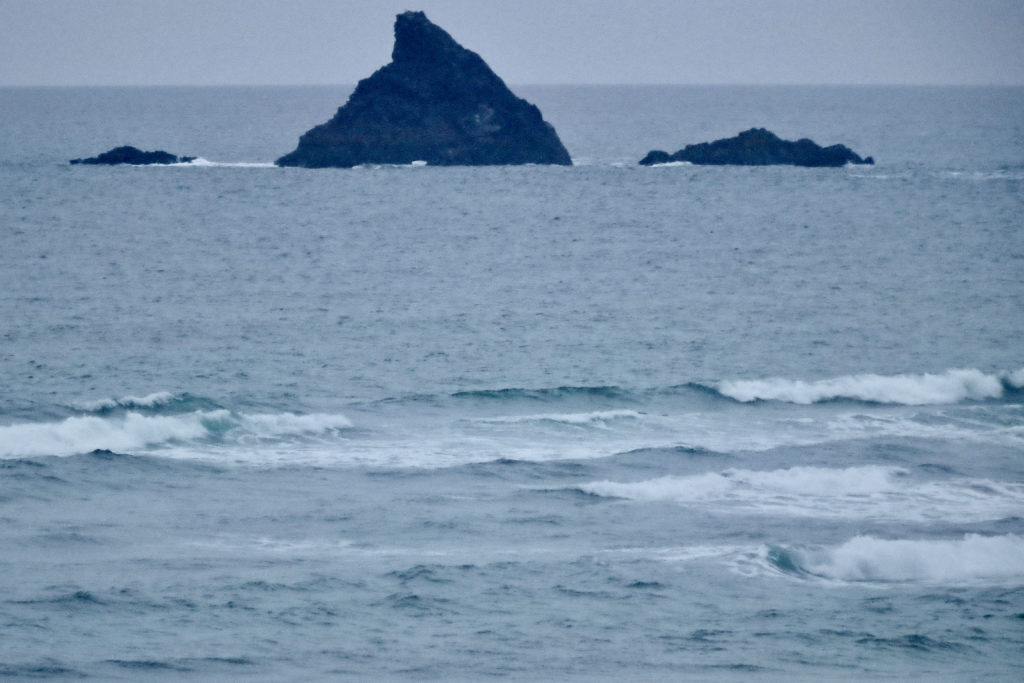 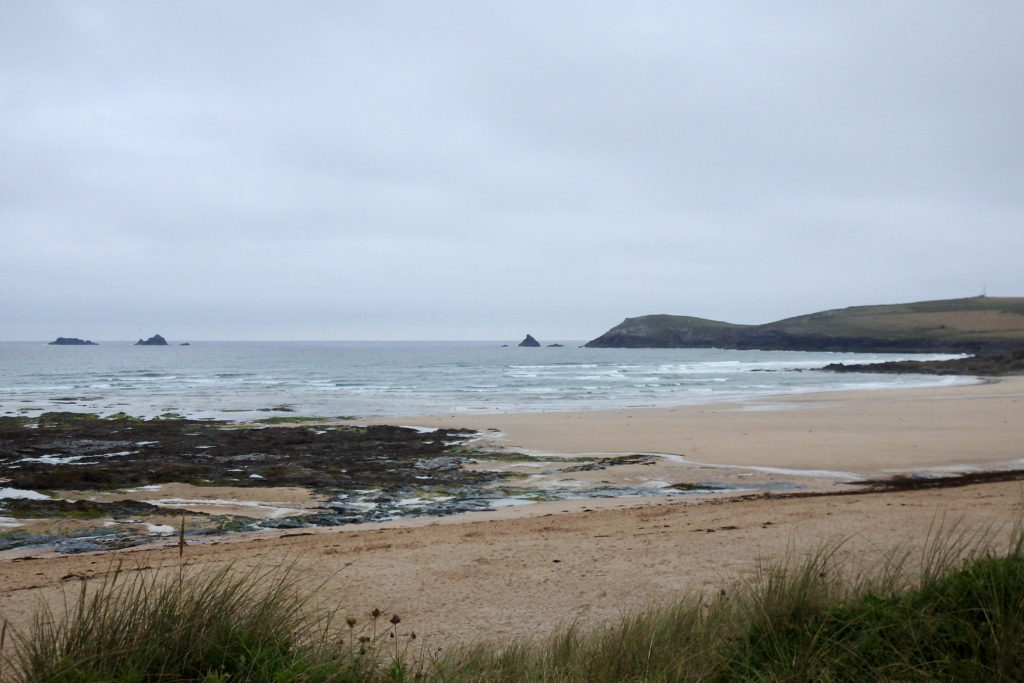 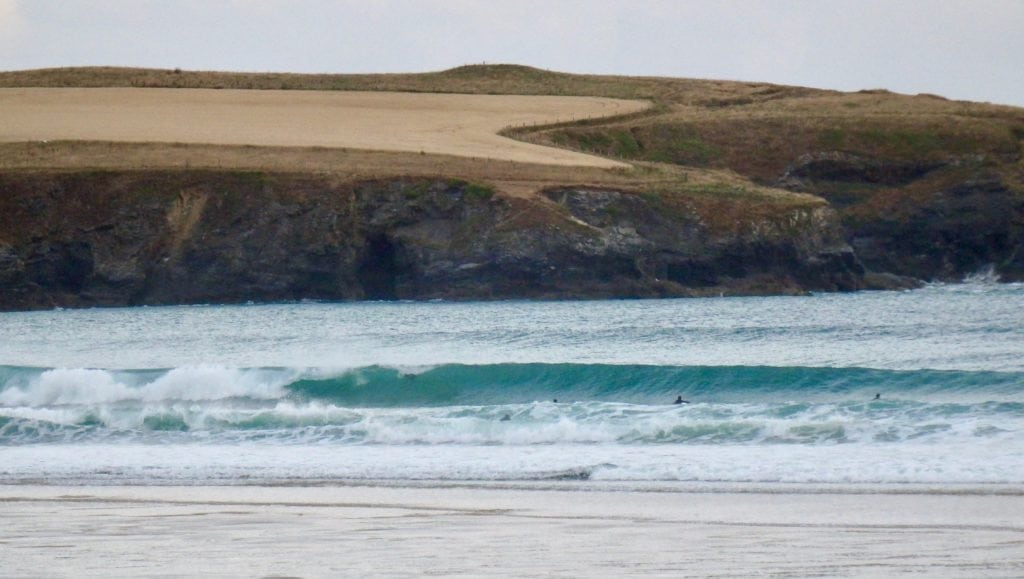 Wow!
Word’s out already!
The car park is already double rowed with vans and estates and empty roof racks, so you can forget any ideas you might have had about enjoying some quiet waves with a couple of friends! It is the busiest early morning of this year and is probably only going to get busier.
And the surf is okay, not great but very okay.
Three feet and bigger waves are pushing in, looping and crashing over those flat sections of sand, hesitating on that deeper bit just off the Rock. As always at Harlyn, nine out of ten of them are shutting down, closing out across the beach but the ones in between (not necessarily the biggest ones) are zipping across the bay, all hollow and meaty and inviting.
Yep, it looks fun but you’re going to have etc be patient and comfortable with a crowd! 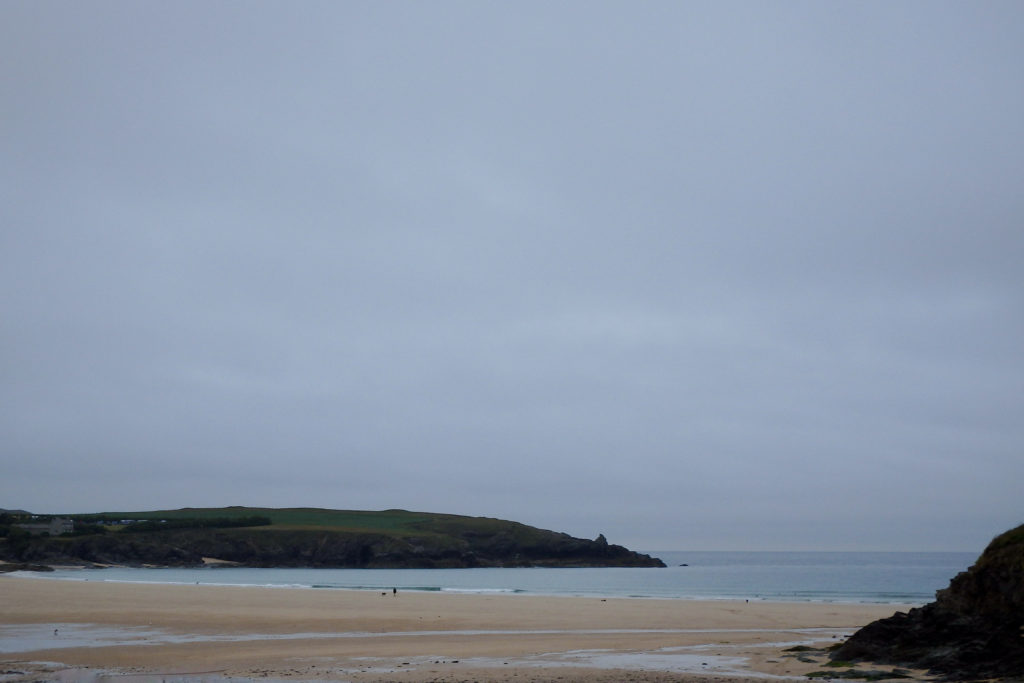 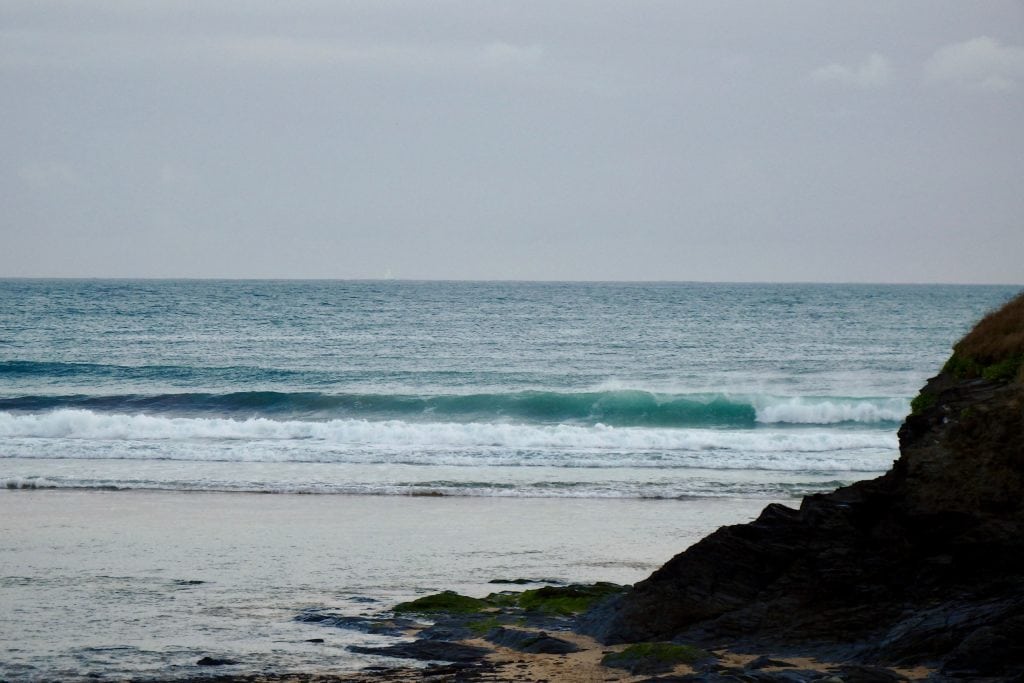 South westerly winds are going fo continue to blow today, easing in strength and calming through the afternoon.
And so too is the swell, three to four feet to start the day easing to a couple of feet for the evening glass off.
So it could be a Harlyn start with a Constantine finish today, the waves easing off in size but improving in shape hopefully!