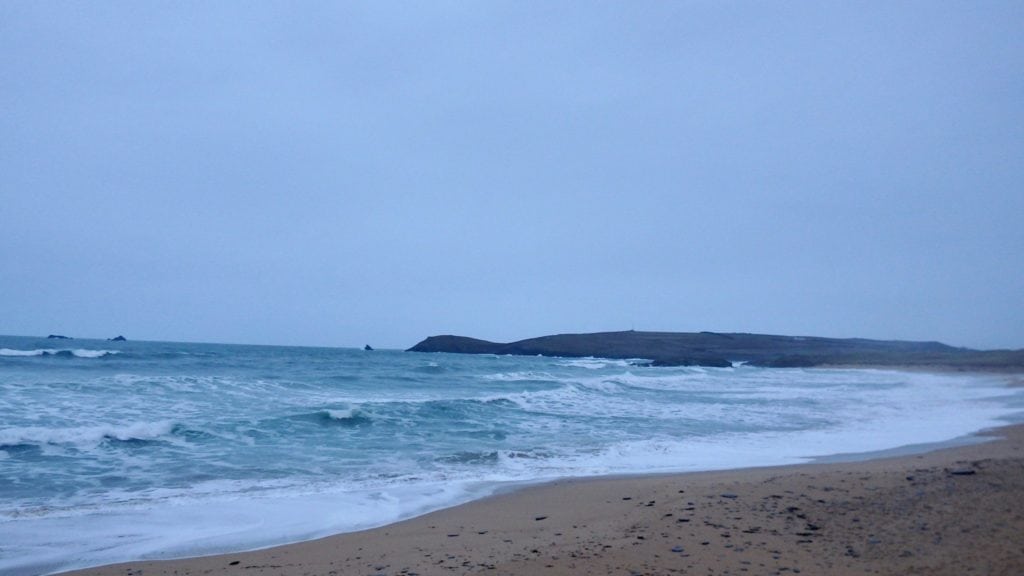 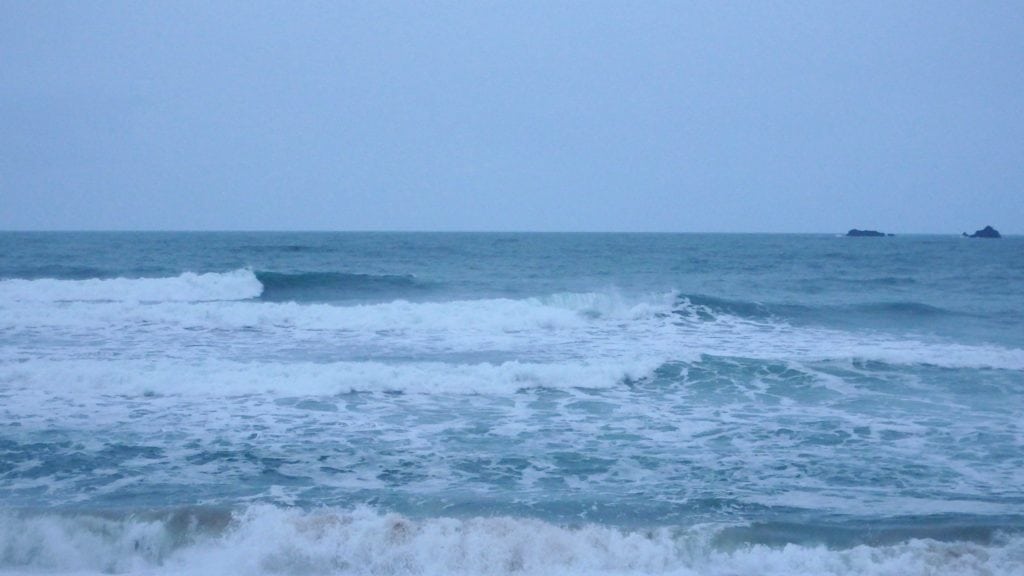 An overcast and grey but otherwise mild and calmer morning greets us this morning, a pleasant change to that consistent blow of the last couple of weeks, the sodden earth a reminder of the overnight downpours.
The surf has dropped too but the breeze, even though light, is still onshore and continues to make a mess of the four feet or so of still quite solid looking junk surf.
We might luck into a moment or two of offshore action around midday but those gusting westerly, going south westerly winds are soon going to be blowing back in! 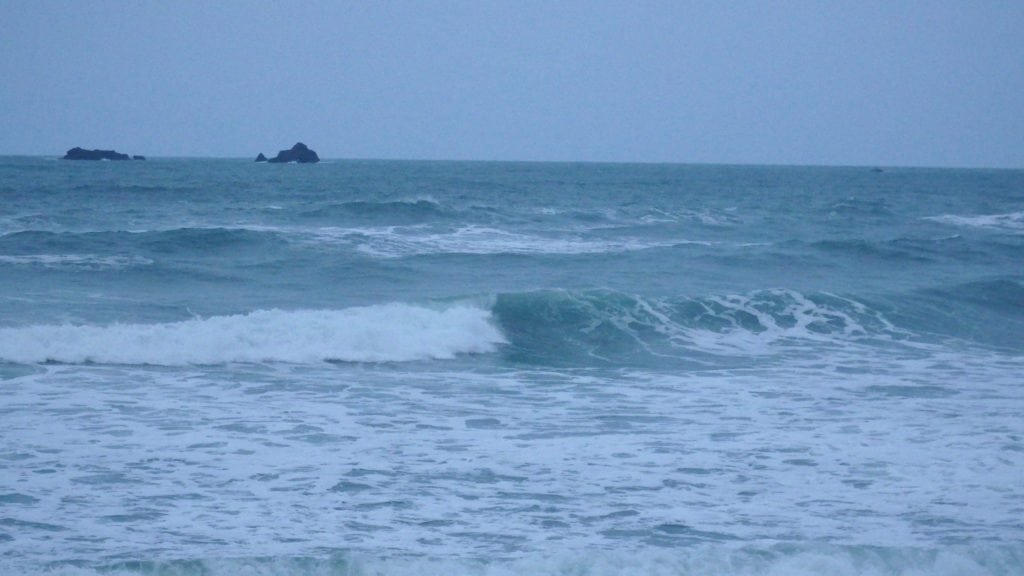 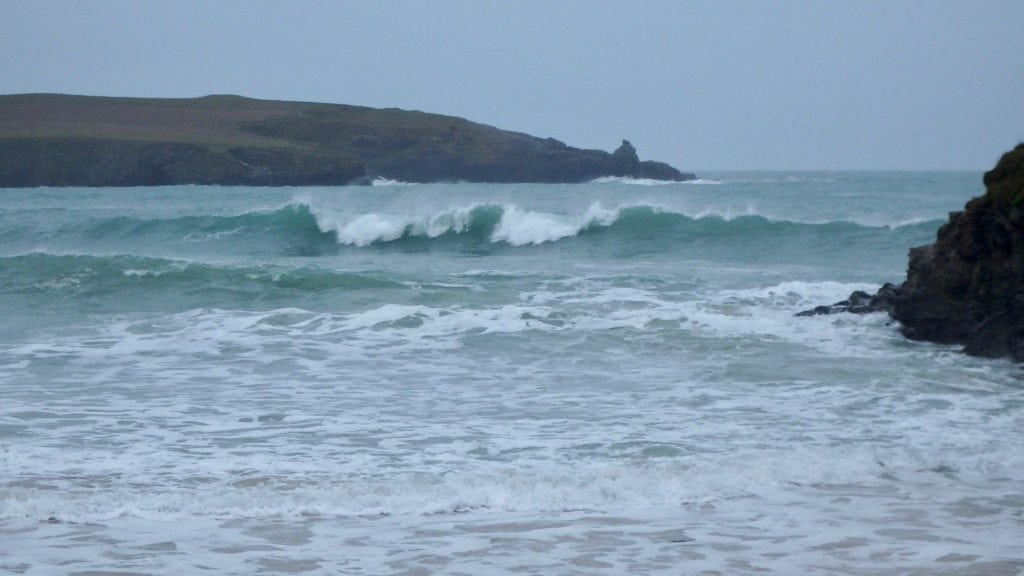 A couple of feet or so of still sloppy and choppy surf is stumbling to the beach, all a bit slow and slack and uncertain.
The tide will sharpen things up as it drains out, we’re back to those bigger, spring tides with a seven plus metre movement. And we should see more swell through this afternoon too, although the wind is forecast to howl back in by this afternoon too! 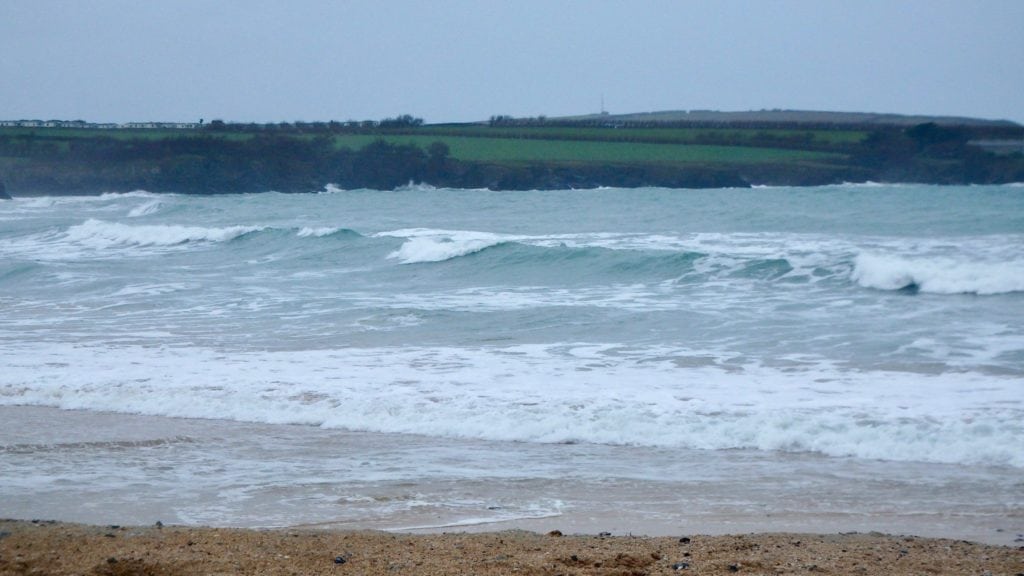 We can expect a five foot swell along with a steady blowing sou’ westerly wind on a pleasantly bright and more cheerful day today, the wind easing in strength as the day goes on.
Harlyn on the rising tide could be three feet of fun in the breezy sun!

Blasting winds and exploding swells are going to take us into this week, the west sou’ westerly howling winds of the weekend strengthening through Monday before slipping to the north west for Tuesday. That will make it all feel a lot chillier as well as blowing out the surf at pretty much all of our local breaks.
So the magnificence of Monday’s big and offshore shaped surf at Harlyn will quickly be replaced with a chase over to the far coast on Tuesday in an attempt to find somewhere clean enough and sheltered enough!
It should easily be big enough!
Things should calm down a bit by midweek, the wind easing, although not completely disappearing, a steady west sou’ westerly for most of the time, allowing Harlyn to settle into a three foot and okay kind of rhythm.
So, as meteorological Spring arrives we should be seeing plenty of surf with mixed weather conditions, ending up probably being okay at places like Harlyn for most of the time!
Have a great week, wherever you are and whatever you’re doing!