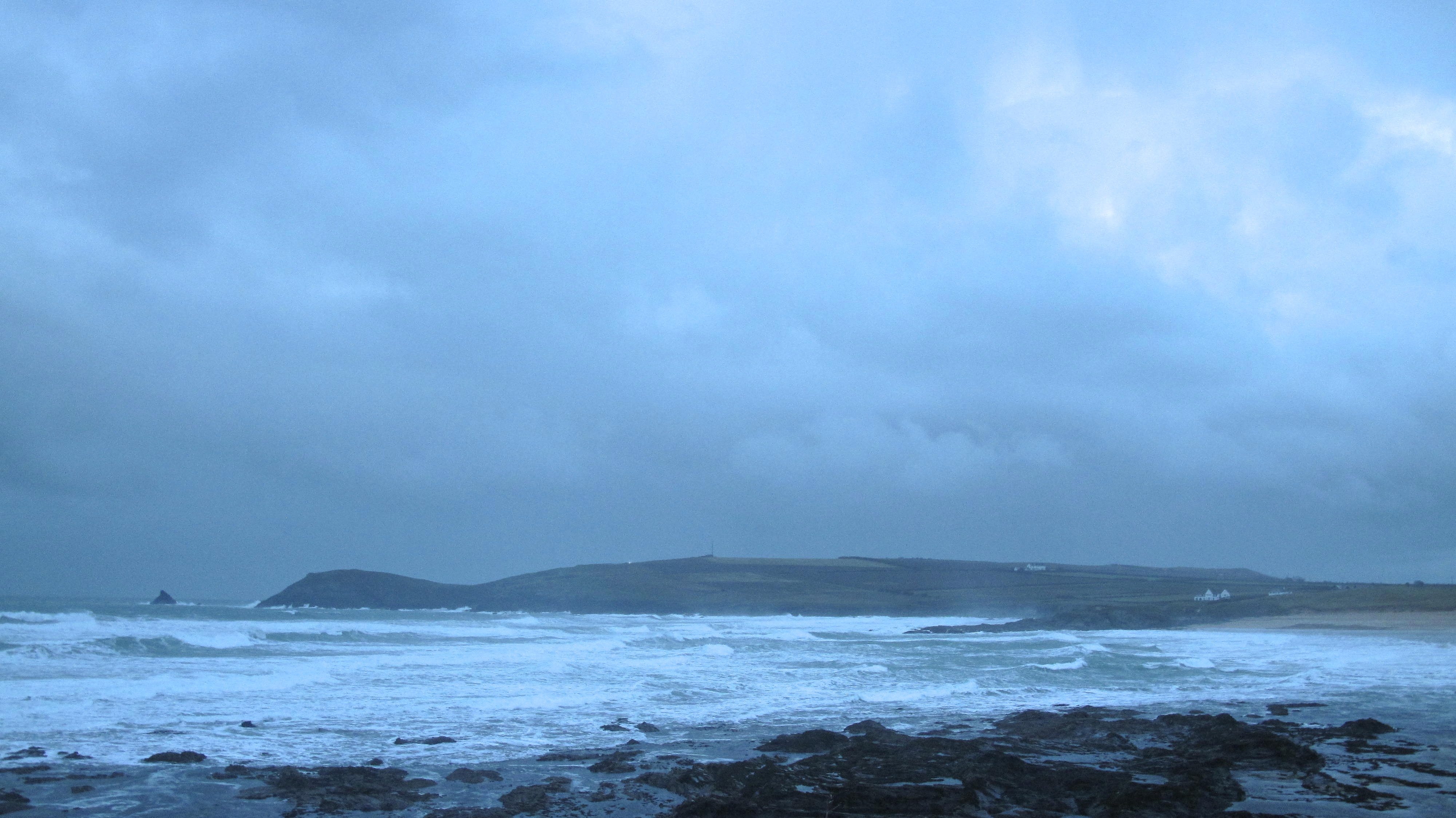 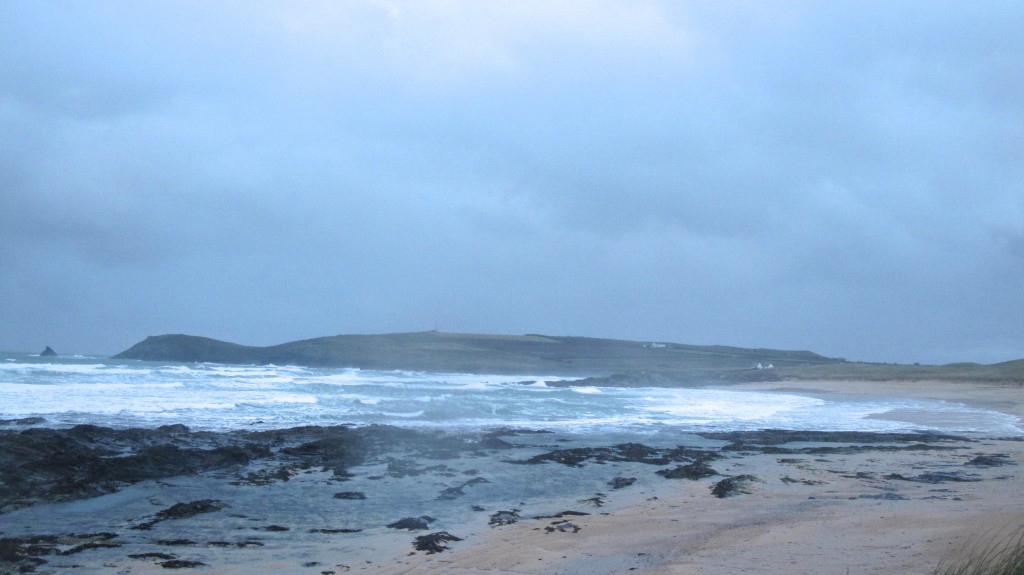 A dull, dank and stormy morning is upon us, the rain lashing across the fields, the wind shaking the hedgerows, the temperature barely hanging in the positive section.
And so the surf is junked out, big but completely junked. The wind is bitter and is blowing hard from the north west, pushing that stinging rain ahead of it and toppling all those waves here and there and everywhere.
There’s a complete mess of waves under that dark canopy of deep grey sky and not the place to hang around being buffeted by that wind. 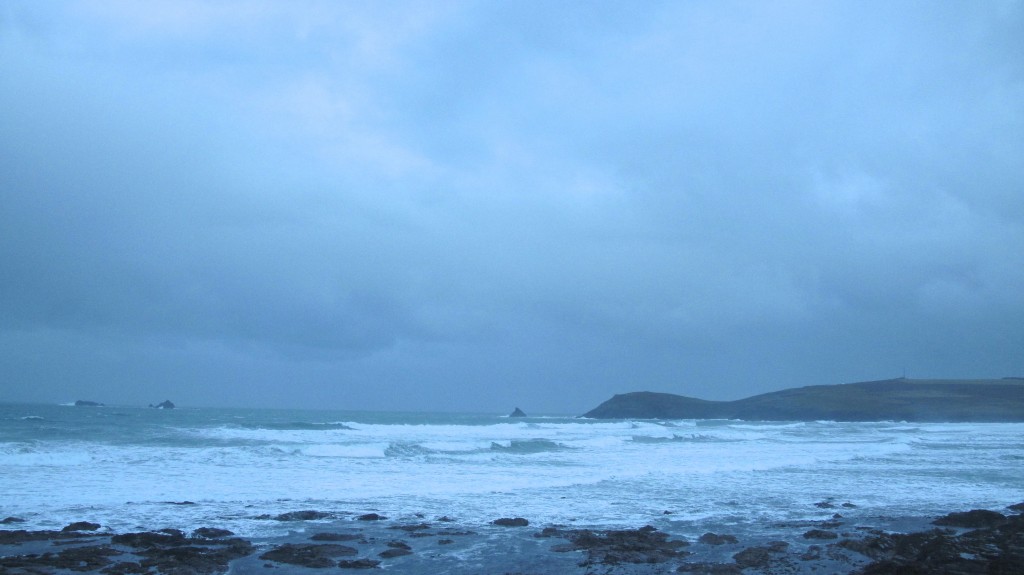 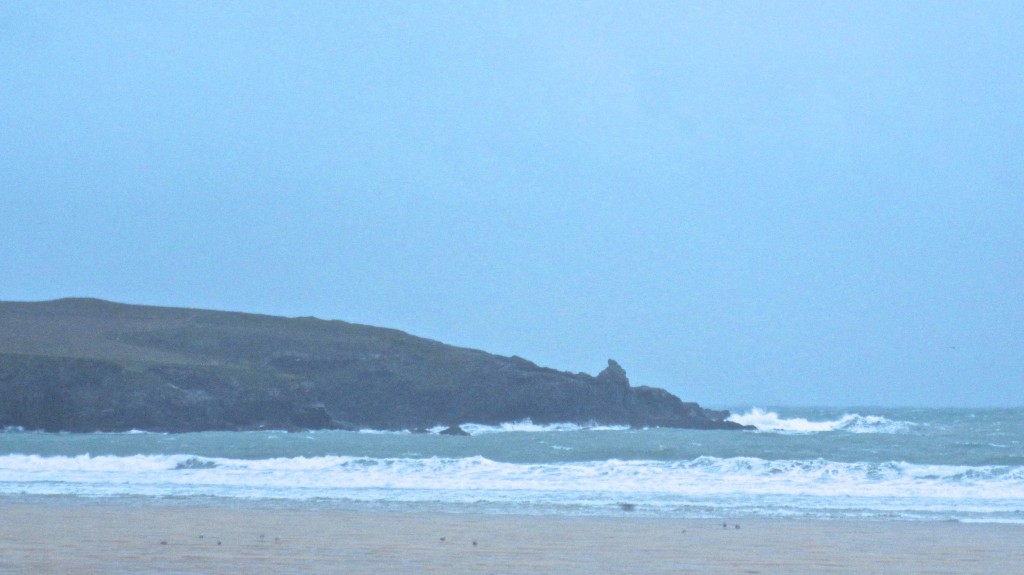 It’s a blown out mess of surf here today too.
Four feet or so of windblown and messed up surf is rolling around the bay, the tide only halfway out but looking lower.
No, if you want some clean surf today then it’s a trip to the far coast, this wind should be offshore at a few breaks down there, one or two of them tucked away in the shelter of headlands and dunes.
It could be good down there! 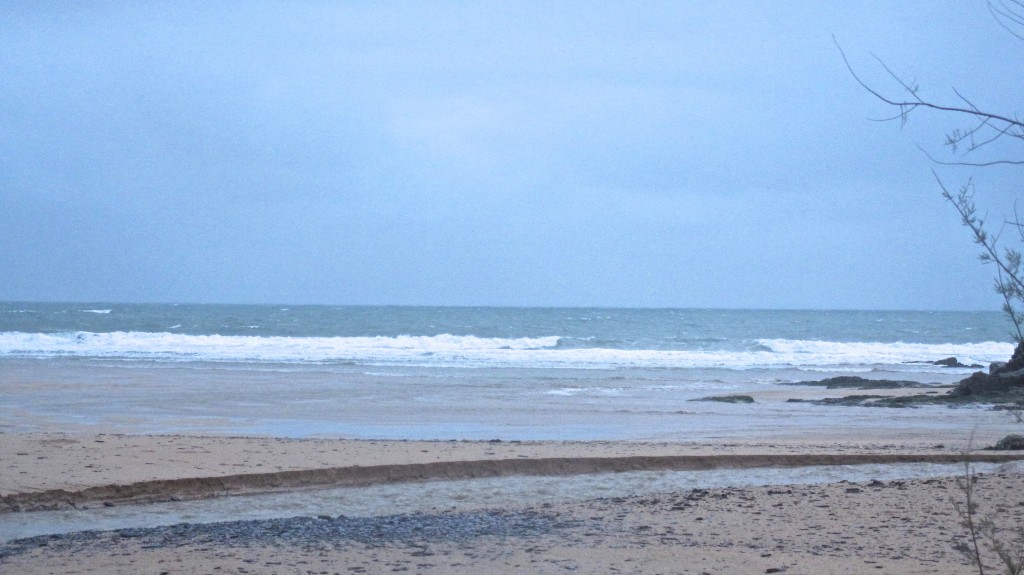 Oh! It could be good today.
It could just be very good!
There should still be plenty of swell rolling our way, five foot plus with a wave-period in its teens, while the wind should have calmed itself at last and should be drifting in offshore, north easterly, so still chilly but cleaning for those waves.
I wonder if it will be sunny too?
Yes of course it will be.
So, five foot, offshore and sunny!
That’ll do nicely.

Those deep lows are continuing to track across the northern atlantic, spiralling to the north above us while spinning loads of swells across the seas.
And so it’s still a case of finding somewhere that will receive those swells while protecting the shapes of those breaking waves.
This week those lows have been much further away tracking way up to the north, at least allowing some calmer conditions locally for moments, finally slipping offshore for Thursday.
Thursday should be a good day, five foot, offshore with some bright and cheery winter sunshine.
Make the most of it though, that wind is likely to switch back onshore quickly enough, south westerly for Friday, letting Harlyn show some small but clean surf, then sliding to the north for Saturday, settling back to westerly by Sunday.
Have a great week, wherever you are and whatever you’re doing!