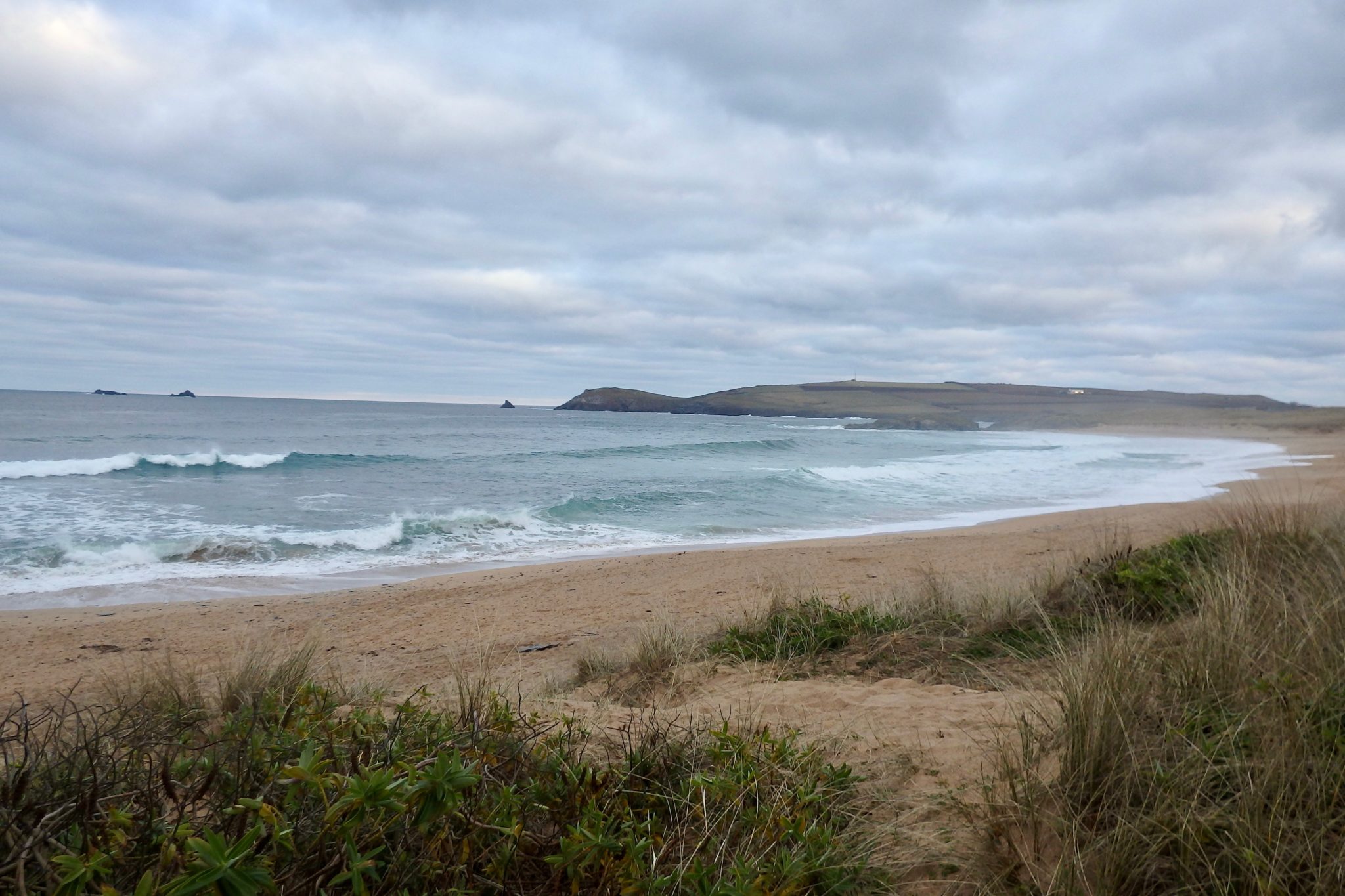 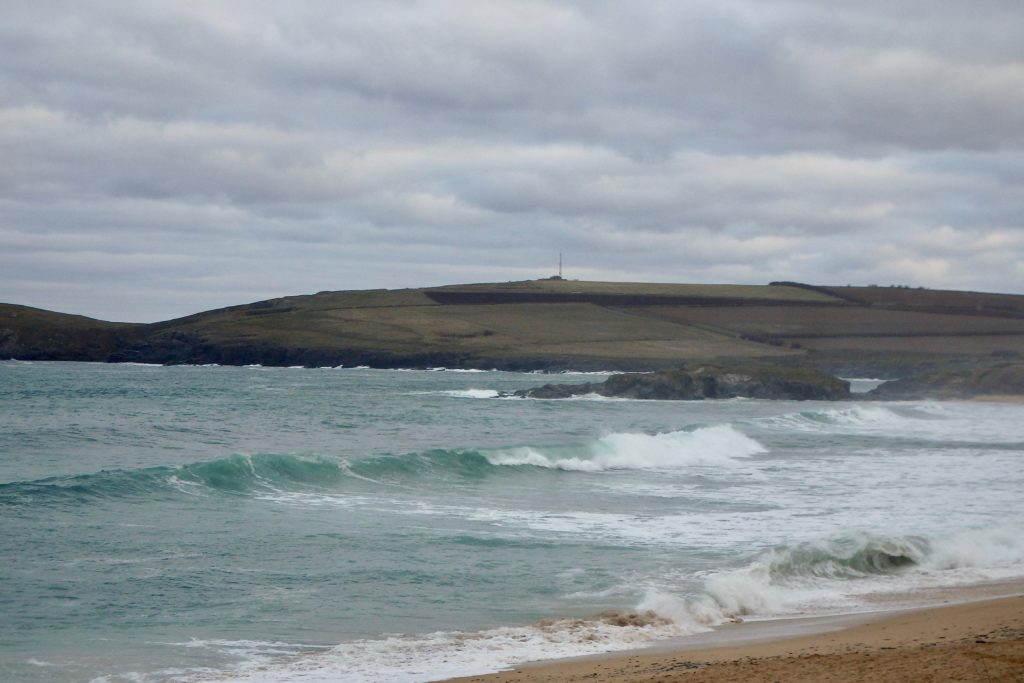 It’s all a little overcast this morning, not thick and threatening or anything but with more layers of cloud than strips of brightness. The breeze is softer than predicted though, a light onshore breath from the north west, just carrying the screech of hungry seabirds while lightly ruffling the three feet of thick surf.
The tide is too high and HTC hasn’t really worked for a long time, so we’re going to have to wait for the tide to ease out. When it does though we should be enjoying a decent and fairly solid three feet plus of lightly crumbled and bumpy, rolling surf.
The sky might just brighten too! 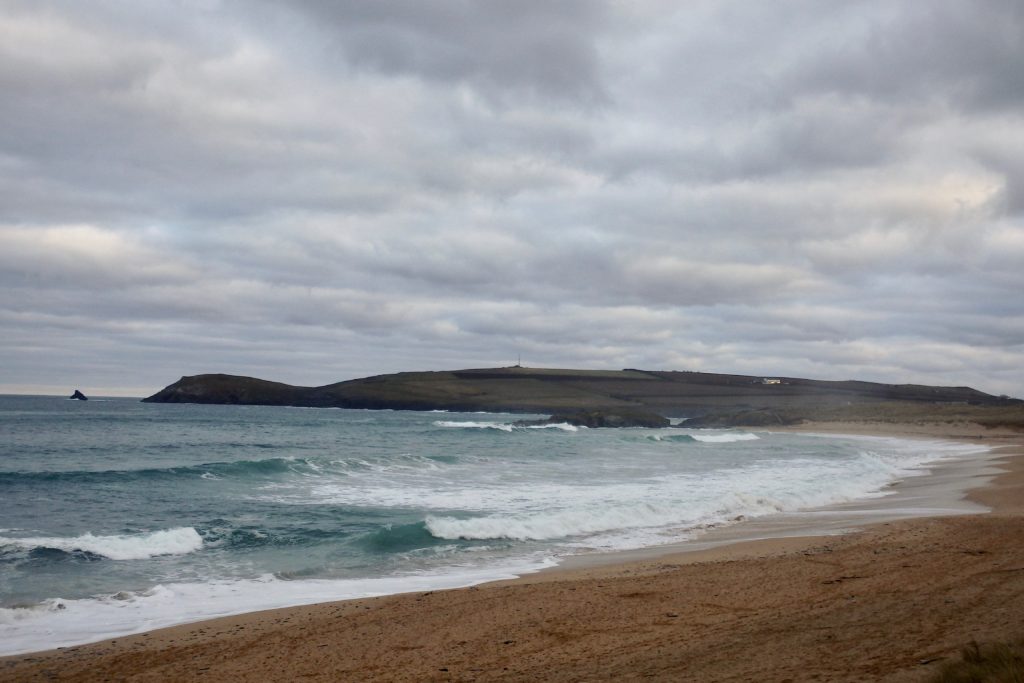 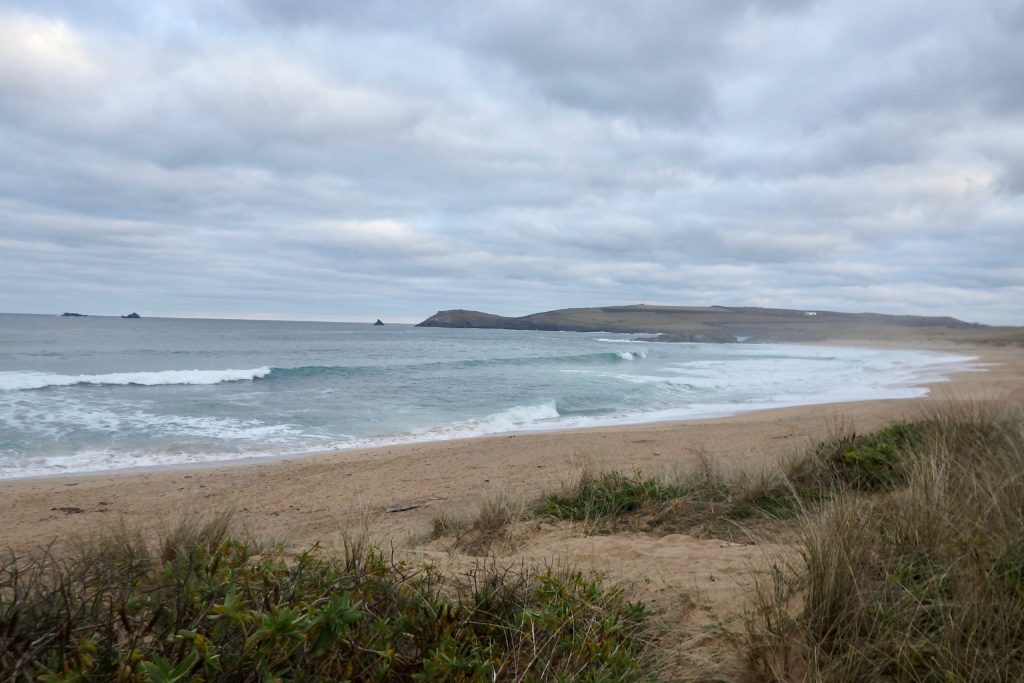 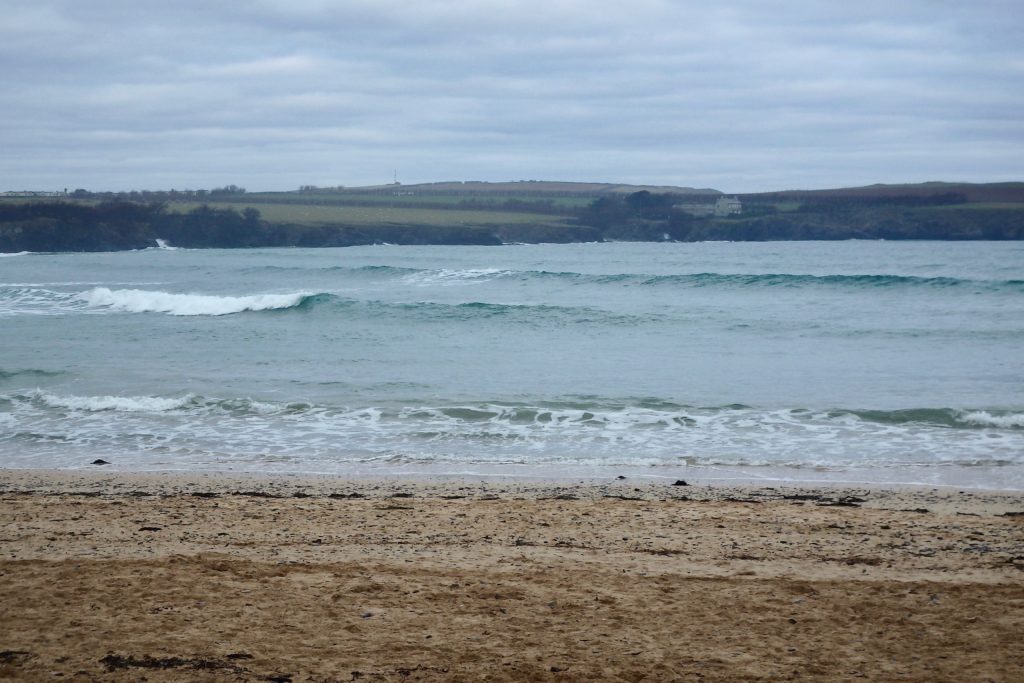 A foot or two of peaking swell lines are gliding into high tide Harlyn this morning, a little ruffle on the sea’s surface adding to its attraction.
Those waves are only small but kind of appealing, especially if you have longboard to hand and nothing else to do.
Then again, the other side is obviously the place to aim for to get some decent surf this morning.
And what little size that is here is likely to diminish as the tide slips out anyway.
So, it’s the other side for some easy stuff today! 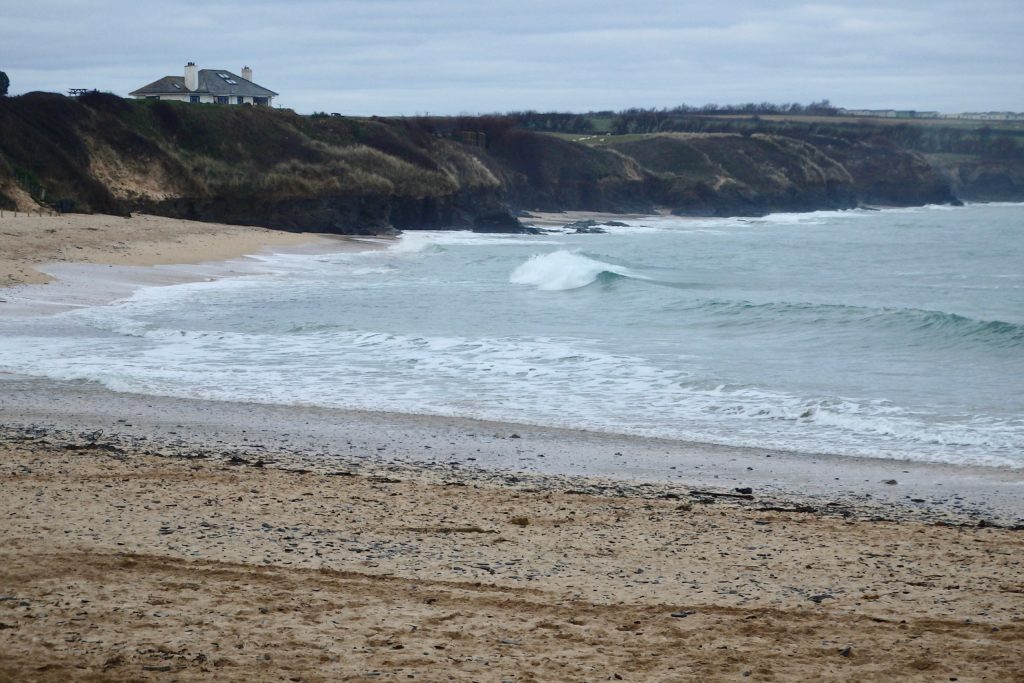 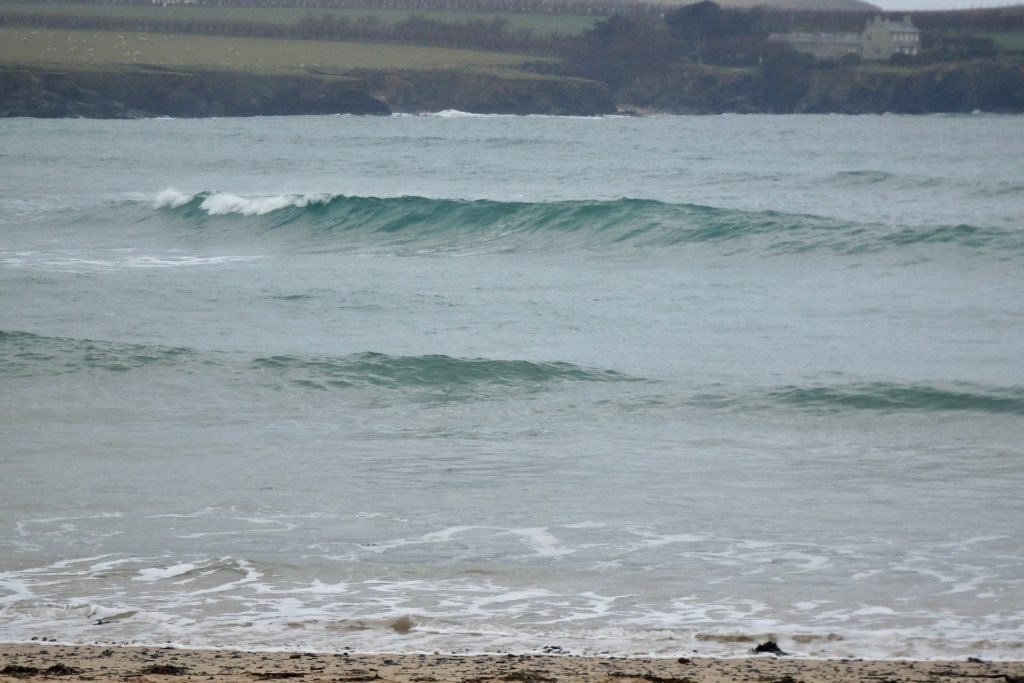 Strong south westerly winds are likely to be blowing hard today, pushing some thick and rain laden clouds our way but keeping temperatures mild too.
With a four foot open swell running along the coast, hopes are high for some decent surf around at Harlyn.
It should be safe to expect three feet or so of offshore blasted barrels to be crashing in here all day long today!

A small wave start to the week is soon going to change with new swells bowling our way from Tuesday onwards.
And those bright and beautiful, offshore conditions of the weekend are only slowly changing as we go into this week, the wind backing to the north east through Tuesday and then north westerly as we go into midweek.
The two feet or so of perfectly shaped surf that started the week so pleasantly will gradually build as conditions deteriorate, a chunky four to five feet of onshore blown, lumpy surf rolling in by midweek.
But overall we should be enjoying a mainly bright and breezy week with enough surf to keep most of us happy and the option of a south coast surfari if we want cleaner conditions!
Have a great week, wherever you are and whatever you’re doing!