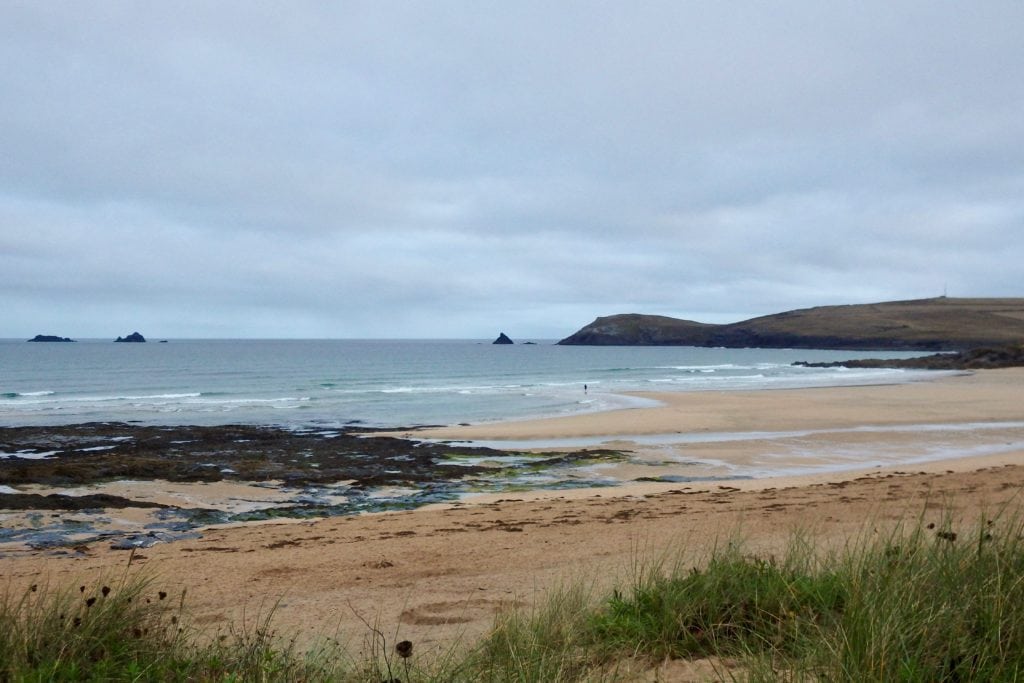 A mixed old day is going too keep us on our toes today with glimpses of much brighter stuff dodging behind those layers of mizzle filled clouds.
The breeze is light though and the air mild enough, a light, light sou’ westerly gently slopping the two feet or so of lazy but fun looking little surf. I’m guessing that it should brighten enough later to attract a few to the beaches though.  Eventually. 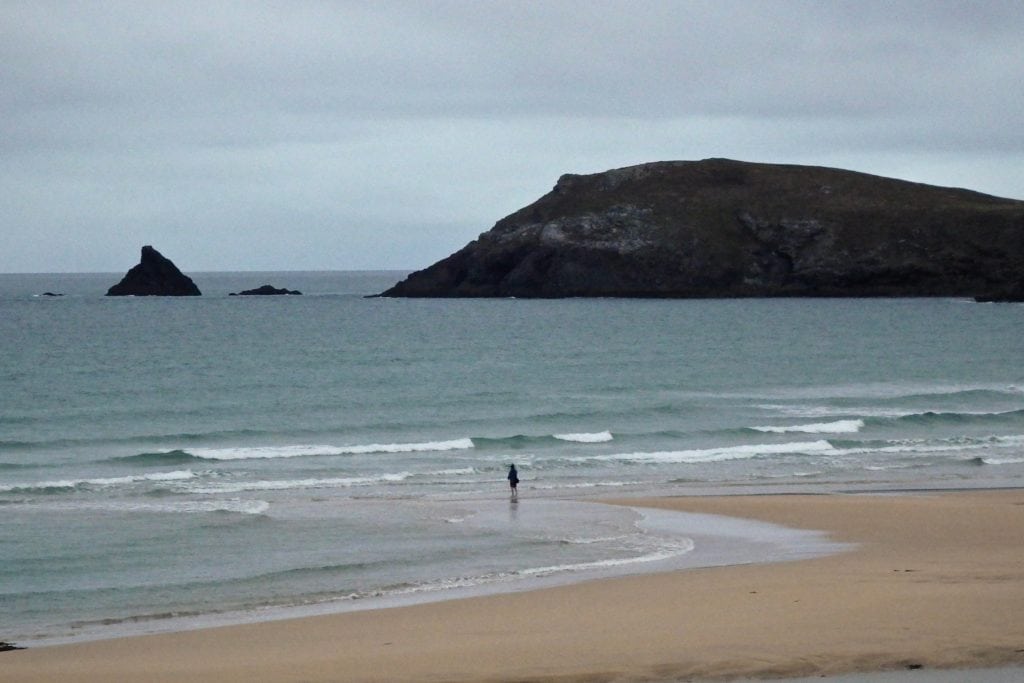 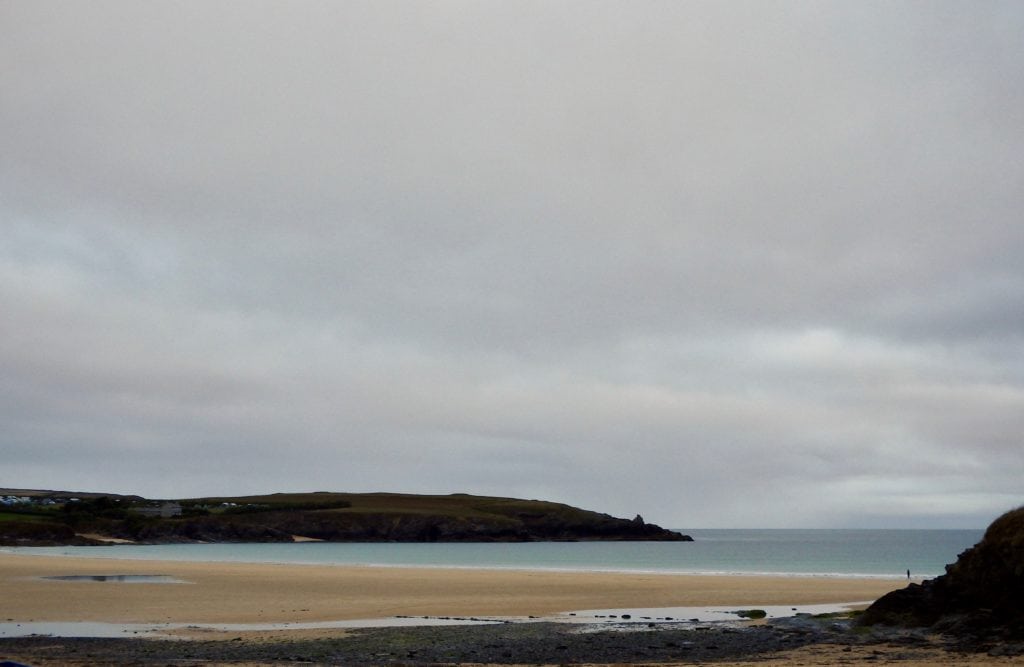 Ah, it is as flat as flat can be at Harlyn today with barely. Cripple to disturb the otherwise smooth and glasslike surface of that turquoise sea.
It is all quite beautiful but there’s no surf here today! 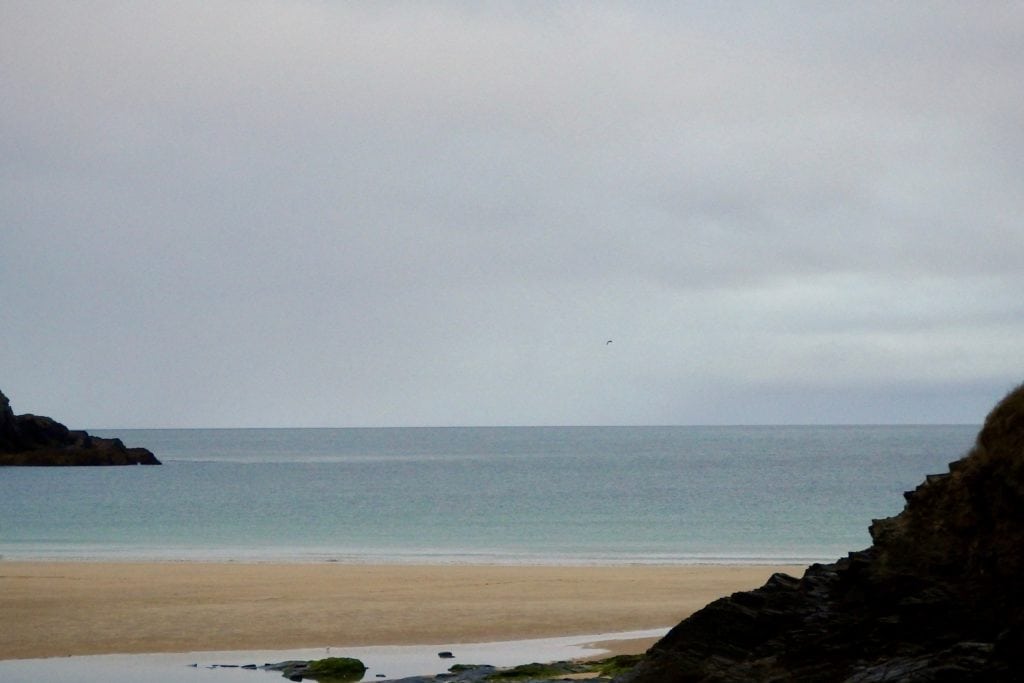 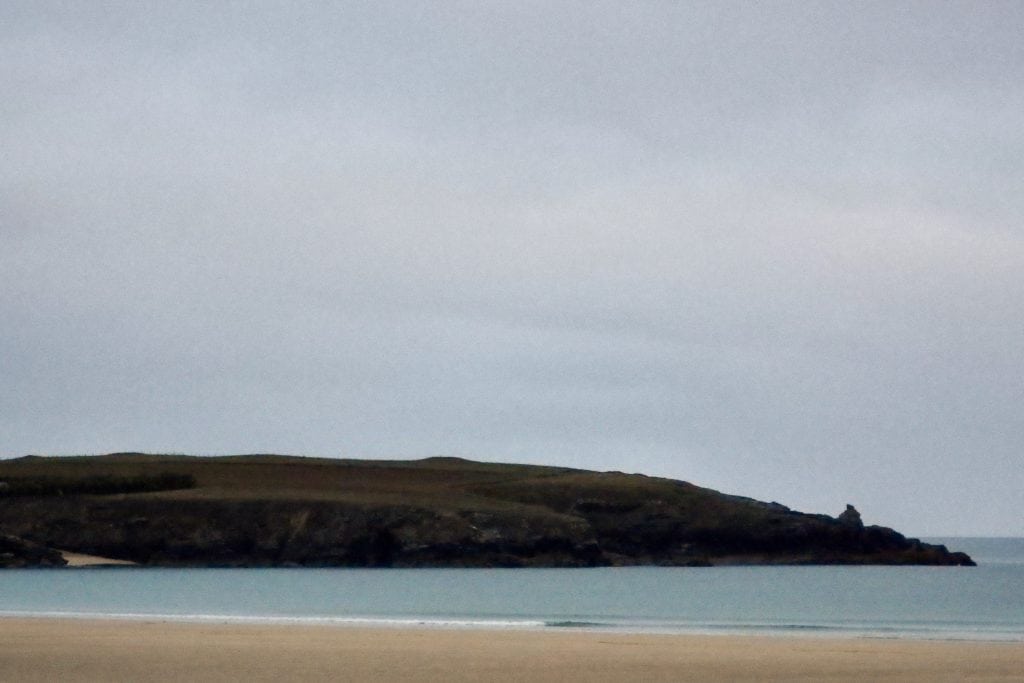 It’s likely to be brighter today but it might just not feel like it!
A brisk north westerly wind is going to feel chillier and fresher than it has done for quite some time but that clear and bright sunshine should make up for all that. And of course that same little two foot swell is going to be a little sloppier again too! The sunshine might help to make it just that little bit more inviting though!

Those onshore winds are likely to carry on throughout the week, maybe easing for a while through Tuesday before strengthening agin through the back half of the week.
But that wind will continue to blow some swell our way throughout, those sloppy waves getting bigger as the wind freshens, dropping as the wind weakens.
So for a lot of the time we are going to be struggling with that decision as to whether to surf bigger but sloppier and choppier Constantine side or much smaller but sharper and crisper Harlyn.
The weather is likely to be a bit mixed all week too with a chance of seeing some much brighter stuff on Tuesdayish, fading away agin as we go into the end of the week.
But there should be plenty of surf and enough weather to keep most of us happy!
Have a great week, wherever you are and whatever you’re doing!