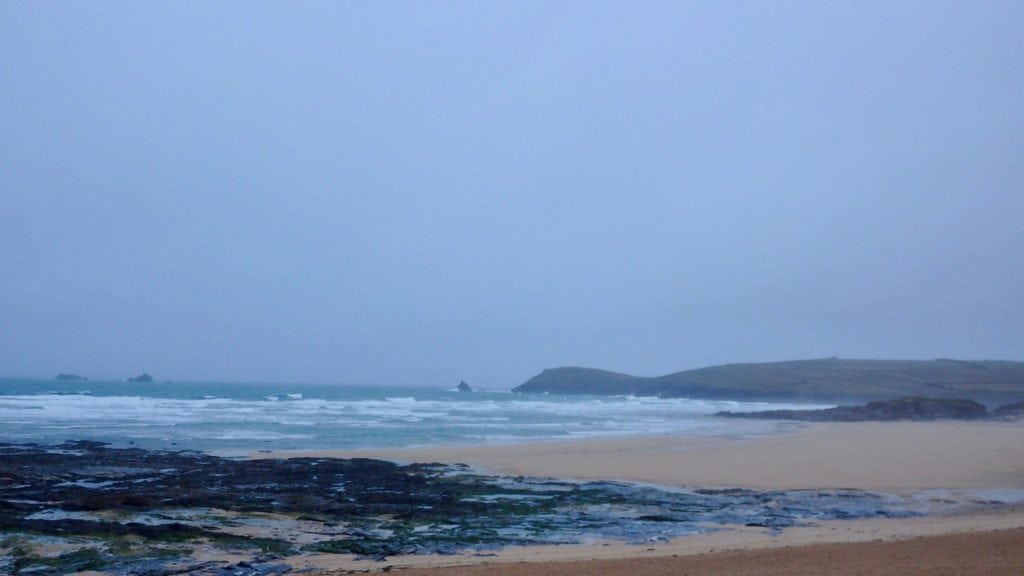 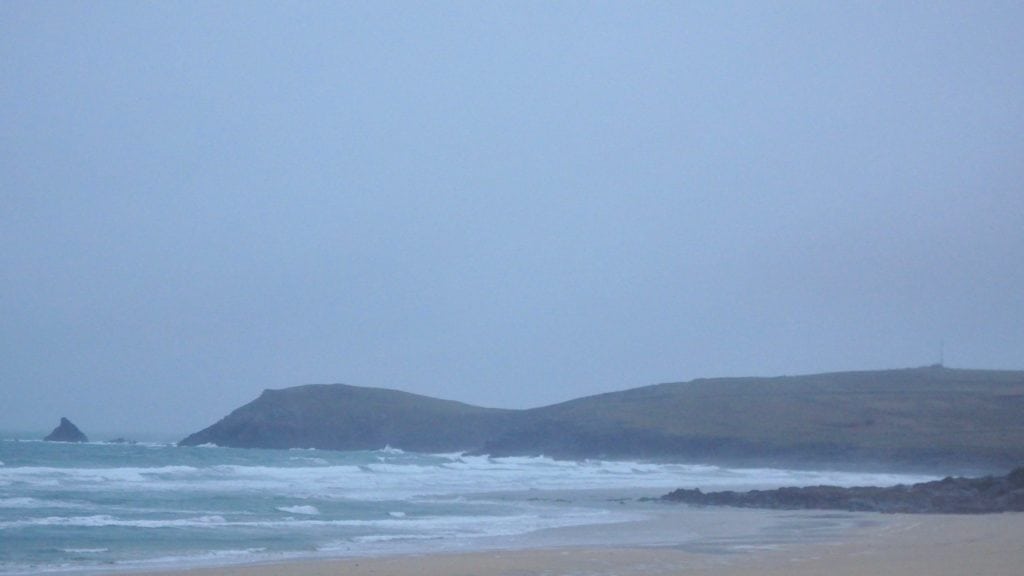 The wind is noisily blowing in from the south west this morning, a gusting and blustering Atlantic blow that is shaking the hedgerows and rattling the barn roofs while chopping and slopping the four to six feet or so of blown-out surf.
It’s a grey and windy, wet and murky one, mild out of the wind but no better for that.
Let’s have asquint at Harlyn, this wind might be kinder for there today! 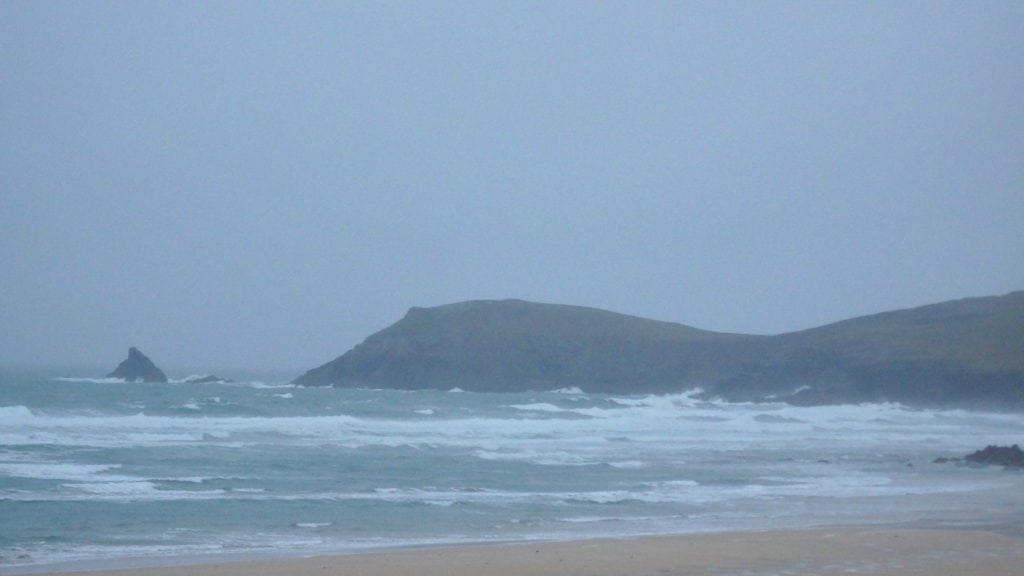 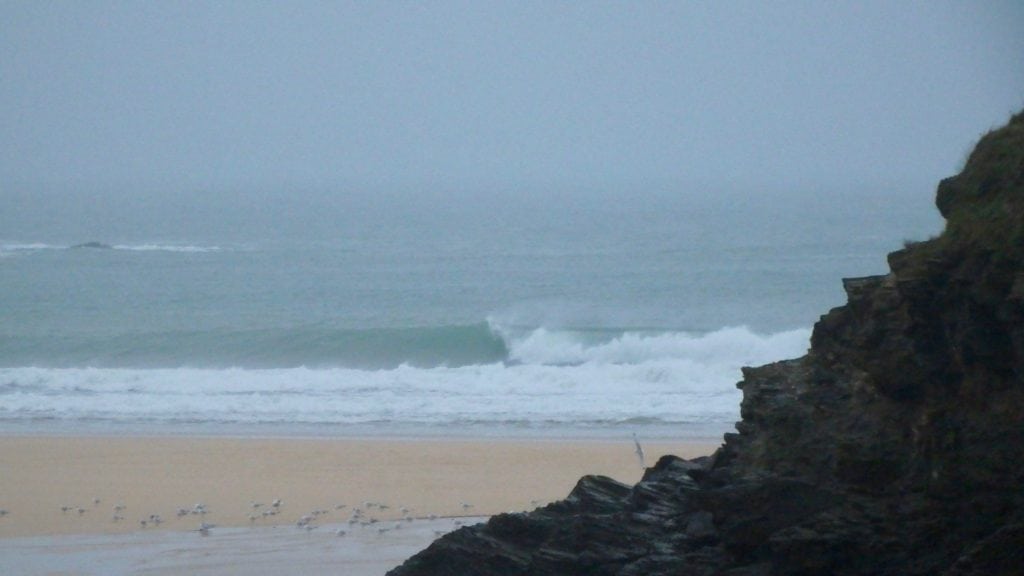 Three feet of vertical walls are marching ashore just ahead of low tide, the right-handers leaning tall and hollow into the almost offshore wind. Another degree or two to the south would be good for that wind but it’s okay as it is, not great but okay.
The incoming tide should help and the swell should be building with the arrival of #StormDoris, or Dorothy or whoever, a weather bomb that should drop up north tomorrow. We should escape the very worst of the wind but we should see some exciting waves over the next couple of days, even if it will still be too windy to fully enjoy! 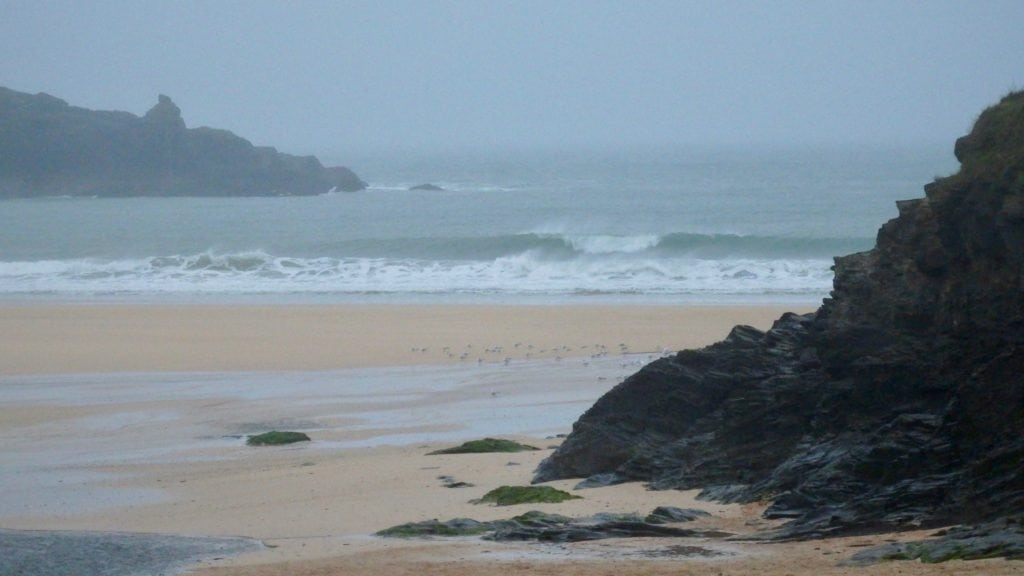 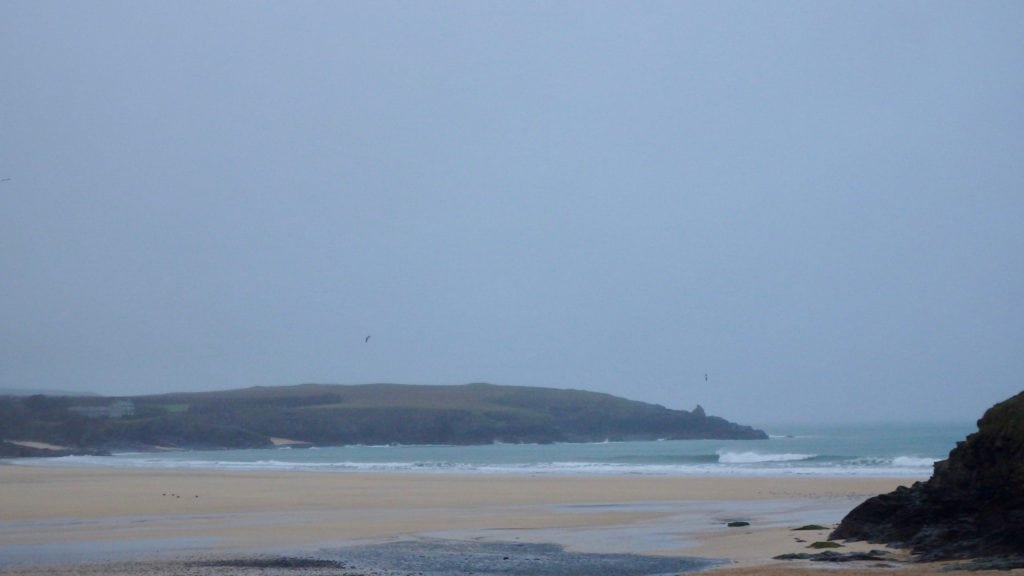 Thick and angry storm swells are likely to be lumbering our way through today, #stormdoris ’s effects being felt as the pressure plummets further north. We will have strong winds but not as strong as further up the country and we should see a lot of wind-driven, chaotic and out of control surf too.
But we probably won’t be seeing much worth riding!

A more typical February week is treating us to onshore, westerly going north westerly winds blowing well into midweek and beyond.
A steady four to five feet of thick swell should continue to roll our way well into midweek before we then feel the effects of #stormdoris. There are going to be only a few places that will hold any shape in the howling onshore winds and that out-of-control storm swell.
The south coast will have much cleaner conditions but might not get enough swell to make the drive that worthwhile. On the other hand, that is one of the joys of winter; exploring all those nooks and crannies that tend to lie dormant through summer!
Have a great week, wherever you are and whatever you’re doing!