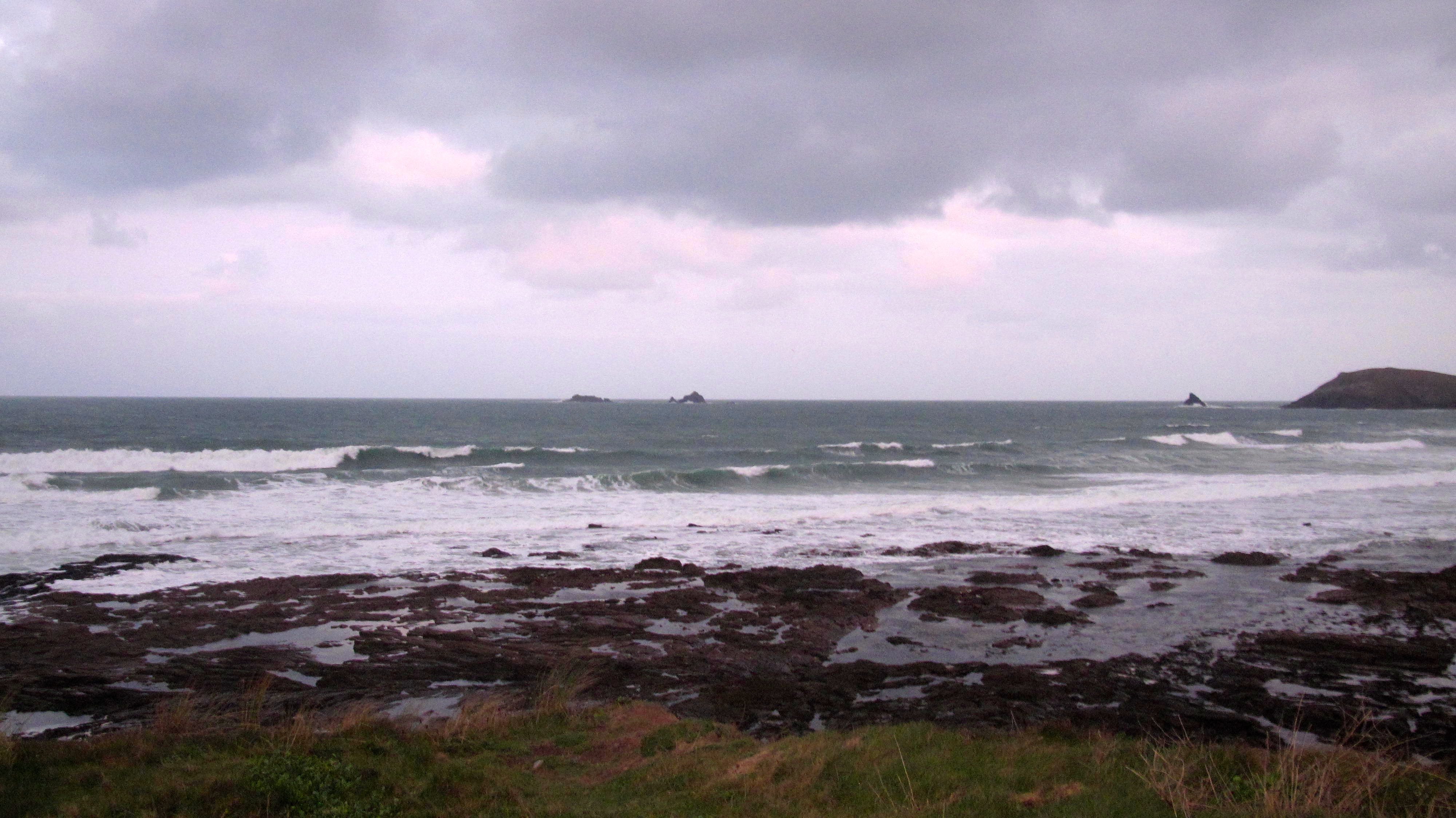 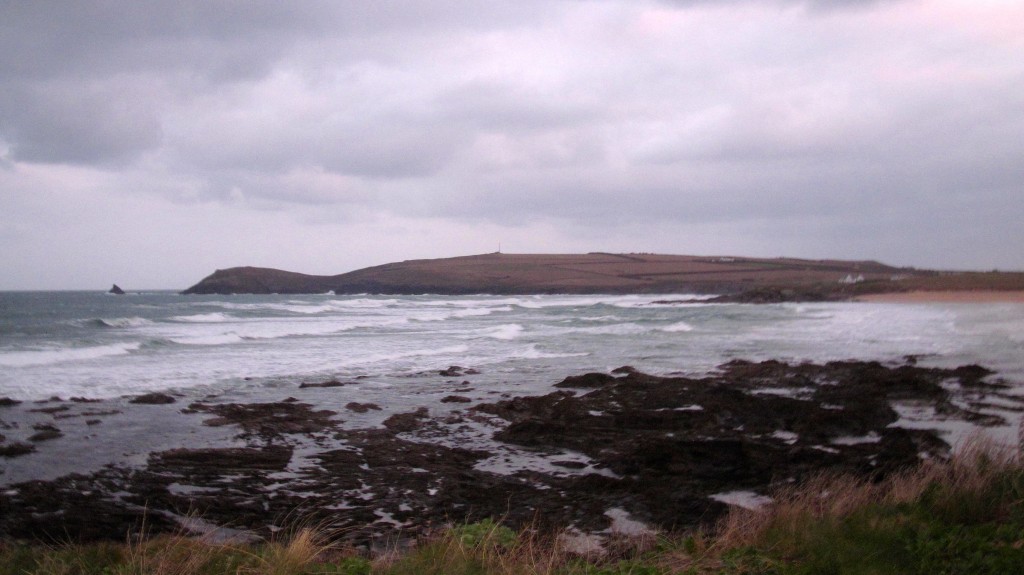 The wind has eased this morning but otherwise, well, it’s a bit overcast, still a bit breezy, threatening to rain but holding back so far and all a bit chilly too.
It’s probably as typical an Autumn morning as you can get!
And the surf is a mess as a result.
There’s a more solid than it looks at first glance, three to four feet of quite thick but completely messed up surf growling up the beach right now, the wind still fairly fresh and blowing straight onshore.
Nah, it’s not the place to go today again, it looks like an enormous paddle for a very short ride.
Maybe the far coast if it’s big enough?

By the way, don’t forget that we are clearing out loads of summer wetsuits. We have rails of them from generally around 30, 40, and even 50% off, starting from £50.
That’s Xcel, O’Neill and Alder with only one or two quikky suits left.
So, if you’re around the area this week, it might be worth having a little look-see! 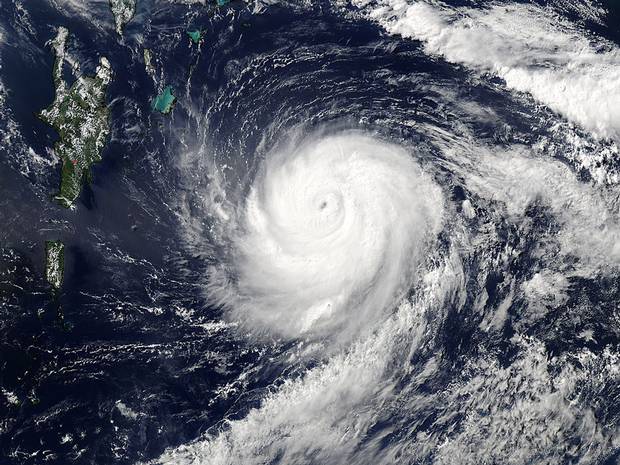 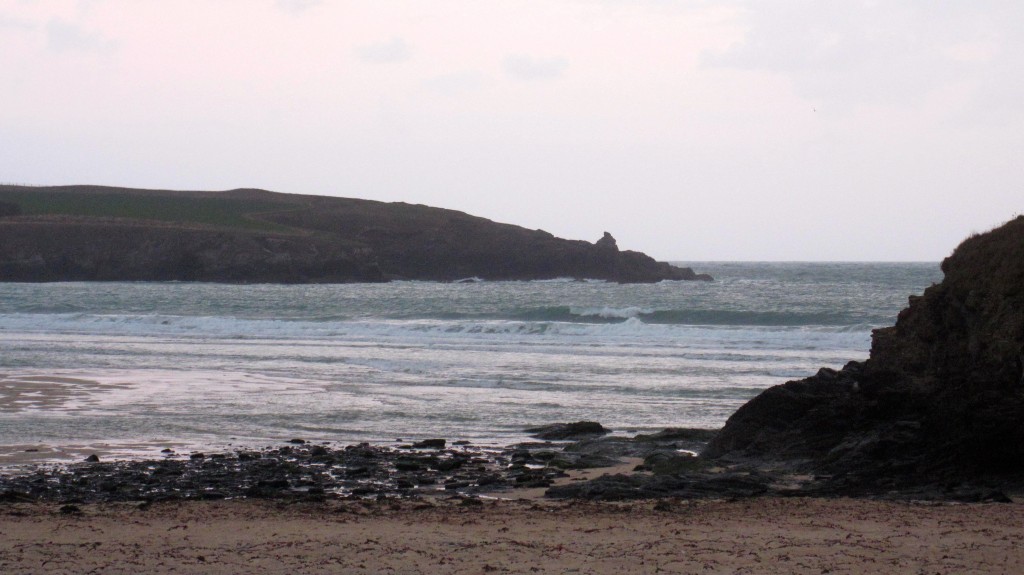 The wind is too westerly and still too fresh for here this morning again for it to be called good.
There’s a couple to three feet of mixed up and a bit raggedy surf shuffling into the bay, the odd one standing up a little taller than some of the others but still not that appealing.
The tide is half way out on the drop and so you have to think that it might improve through the afternoon as the tide returns and hopefully the wind backs more to the south.
Maybe. 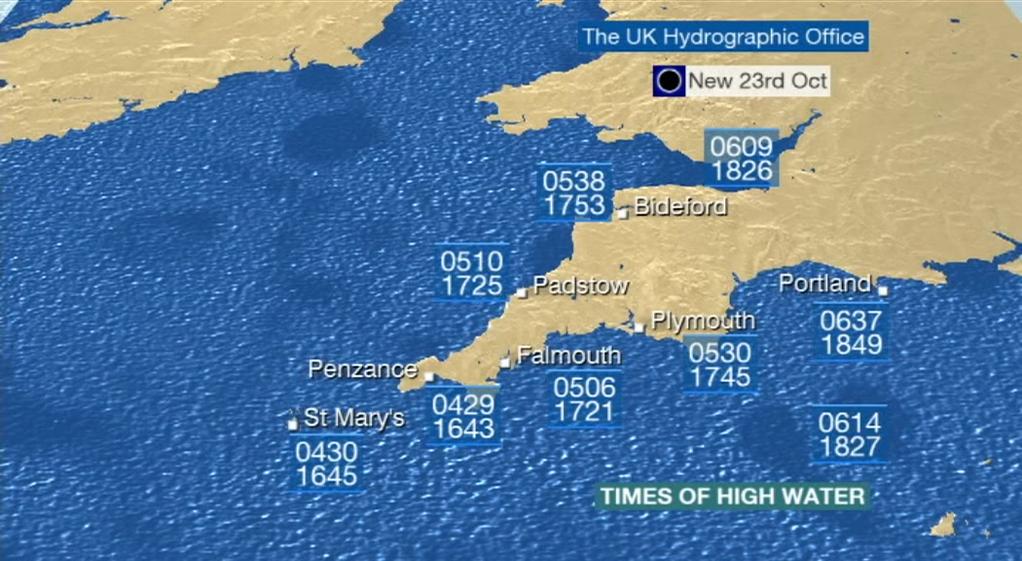 The wind is forecast to be more south westerly, a good thing for Harlyn, not so good for our main surf breaks though.
The swell is likely to be a little less again than it has been this last few days but should still be enough to get a couple to three feet of cleanish surf into Harlyn.
Yep, it could be fun!

We have been enjoying another week of pumping waves, maybe a little tainted by those wandering winds but fun nevertheless.
That same six to eight foot swell that we have been enjoying all last week and carried us into the start of this week, along with the leftovers of hurricane Gonzalo squirting across the north Atlantic have been slingshotting thick and solid swell our way.
Those swells are likely to weaken as the week winds down, the wind predicted to slide more to the south west and lighten if just a little.
And so it’s down to the wind, as always, to determine where and if the waves will break.
Around here it’s pretty easy to determine; when it’s big and south westerly then Harlyn is our spot, if the wind slides too far westerly or even north westerly then the far coast is the place to aim for but if the wind is from the south, through east all the way to north, then our main beaches open up.
After saying all that, it still does look like a Harlyn week ahead with south westerlies steadily pushing in a rolling three to four foot swell.
Some bigger and bumpier waves are still likely to be bursting onto the beach through midweek, gradually easing in size but hopefully cleaning up a little as we go towards the back half of the week.
Have a great week, wherever you are and whatever you’re doing!