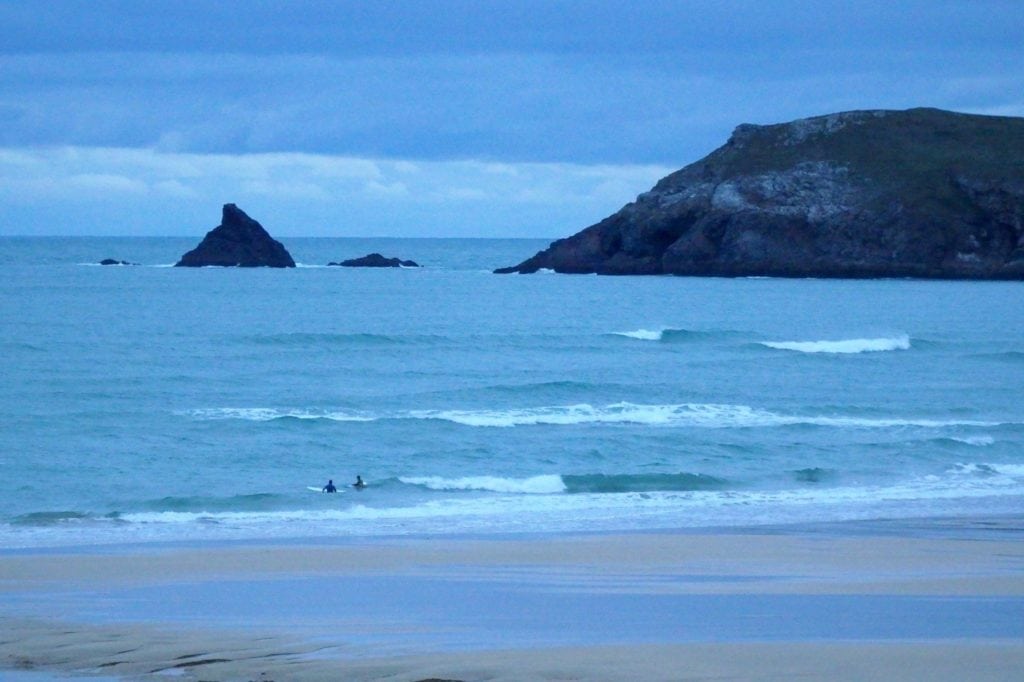 The storms have calmed and the wind has eased while the sky is starting to dry its tears.
But only slowly.
That sky is still a dense cushion of grey this morning, the breeze light but still from the north, the north east today and so still a bit chilly!
And of course as the wind has dropped, so too has the surf.
A couple of feet or so of quite smooth and fun looking little waves are wandering to the beach, not the most powerful or urgent I’ve ever seen but rideable and definitely worth a wet. 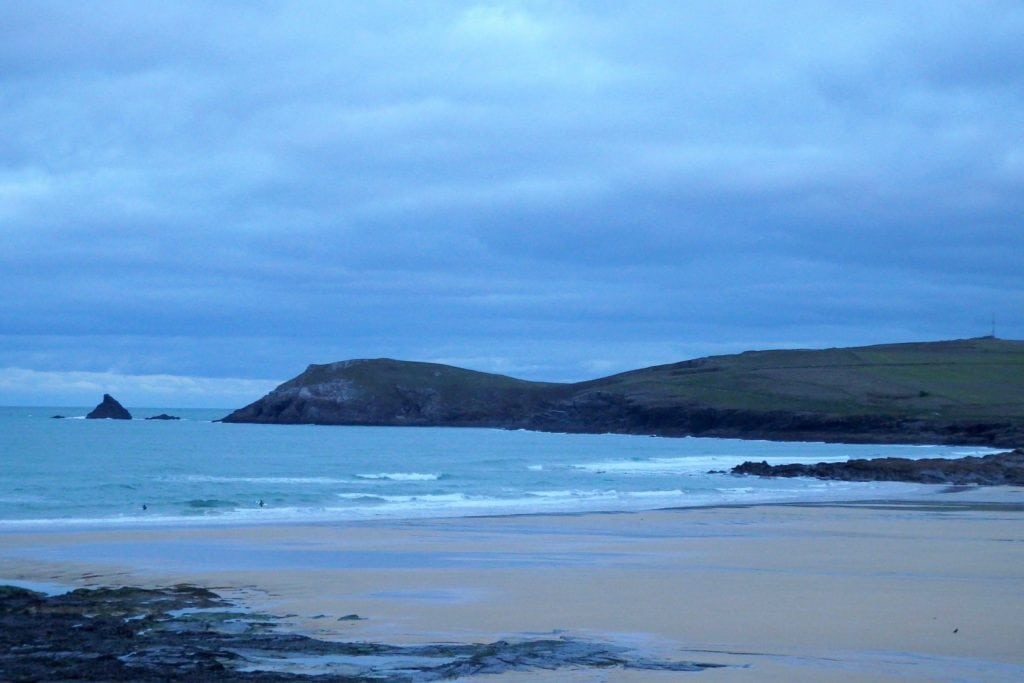 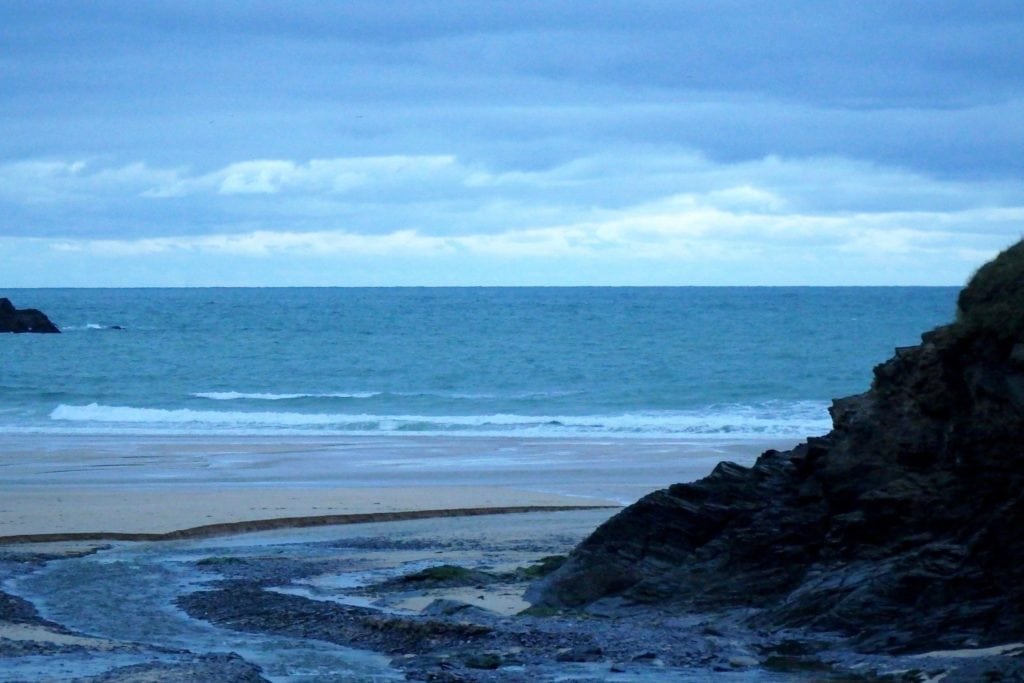 The surf is all but flat around here this morning, a weak looking foot or so still grey and mixed up, sloppy surf is washing the low tide line.
The breeze is from the north east this morning and looks like staying there for a good few days, great for all of the breaks on the other side of the headland but not much good for here!
We can expect tiny and onshore conditions here for a few days to come! 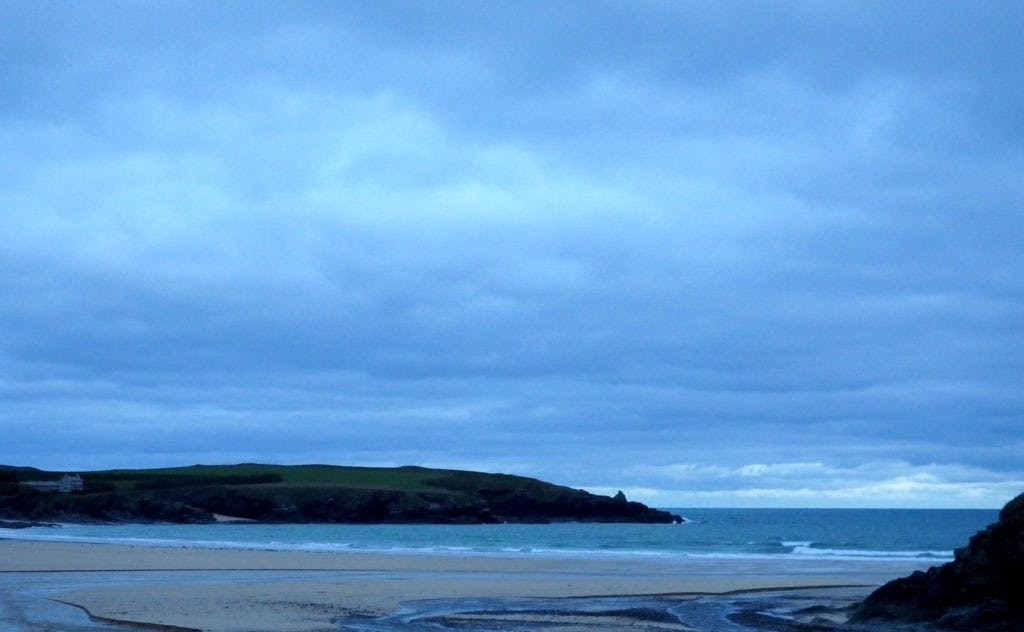 Not much swell will be able to battle in against the strong offshore, easterly winds that we can expect today but there could just be some tiny little, hollow waves if you luck into the right place at just the right time.
So that would be a swell exposed break, tucked beneath a headland or dune or whatever. But even so it’s going to be tiny, at best!

We are in for a bit of a wobbly start to the week before conditions settle into more of an offshore air stream for most of the rest of the week.
The wind is mainly going to be blowing down from the north east so we can expect a lot of cold air to be keeping us on our toes but that is offshore and so the surf that we do get should be mainly clean.
So Monday started the week with a brisk and bone crunching north easterly going north westerly wind which shaped and then misshaped the three feet or so of mainly okay surf.
By Tuesday that wind settled onshore, steadily blowing in from the north west and bumping the surf.
By midweek the ind should settle to a light offshore breeze but only for a wee while!!
Although the wind will strengthen through the rest of the week, it is likely to stay mainly offshore(ish) for most of the time, blowing a holly maybe on Thursday but calming after that.
It’s just a shame that the wave size is likely to drop a lot into midweek, leaving us with only small, one foot surf for a day or two before we see more of a build up in swell (as well as wind strength!).
But overall we should be in for a week of okay surf with mainly clean surf for most of the time.
Have a great week, wherever you are and whatever you’re doing!