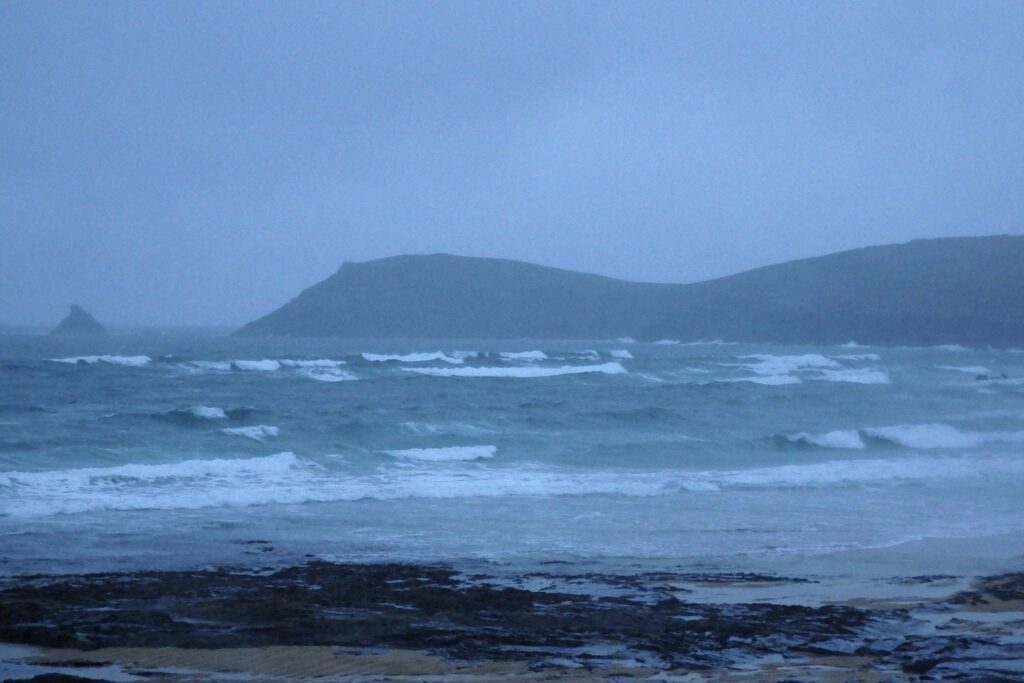 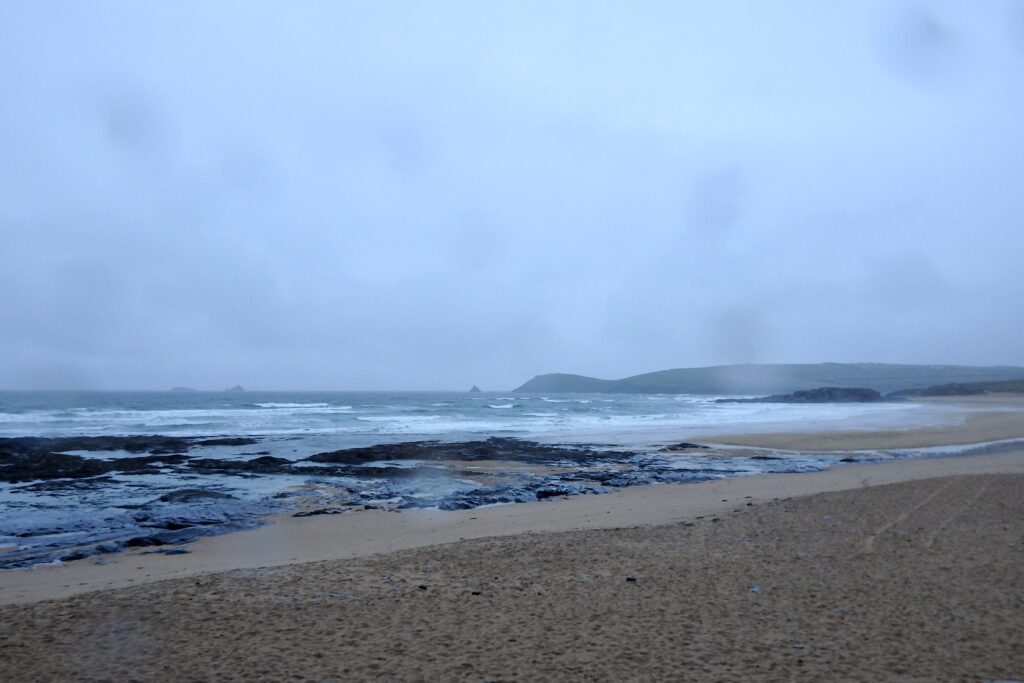 There’s a brighter shade of pale trying to squeeze through that gap on the horizon in an otherwise grey and dark and cloud heavy, rain sodden sky this morning.
The wind is chilly, from the north west and so is chopping and churning the two to three feet of drunken surf as it sloshes into the bay.
It’ll all brighten up in a minute though!! 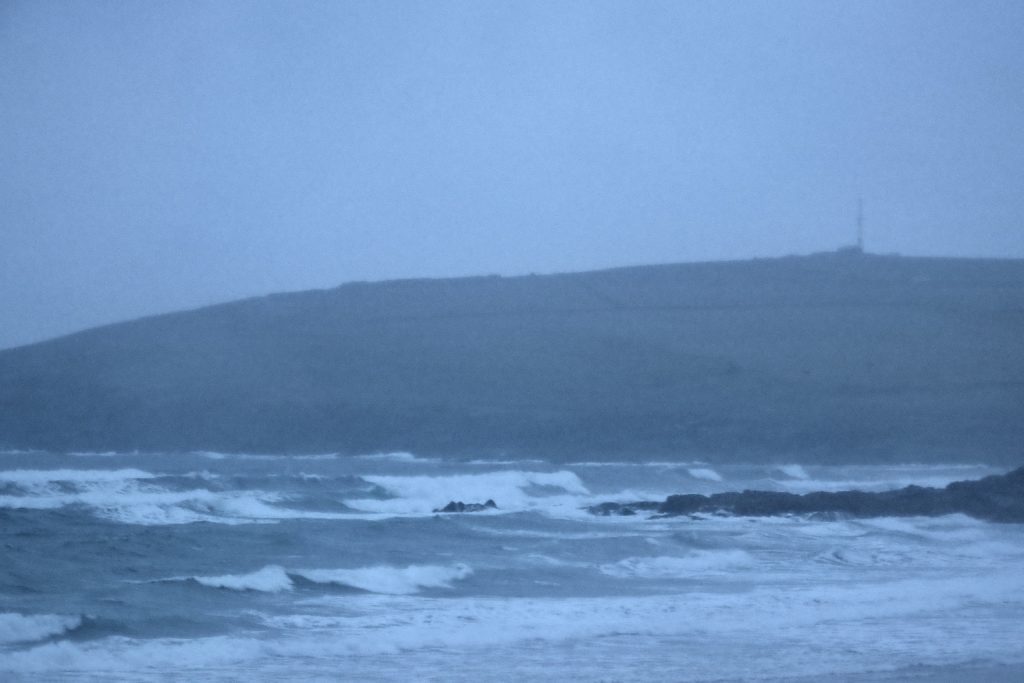 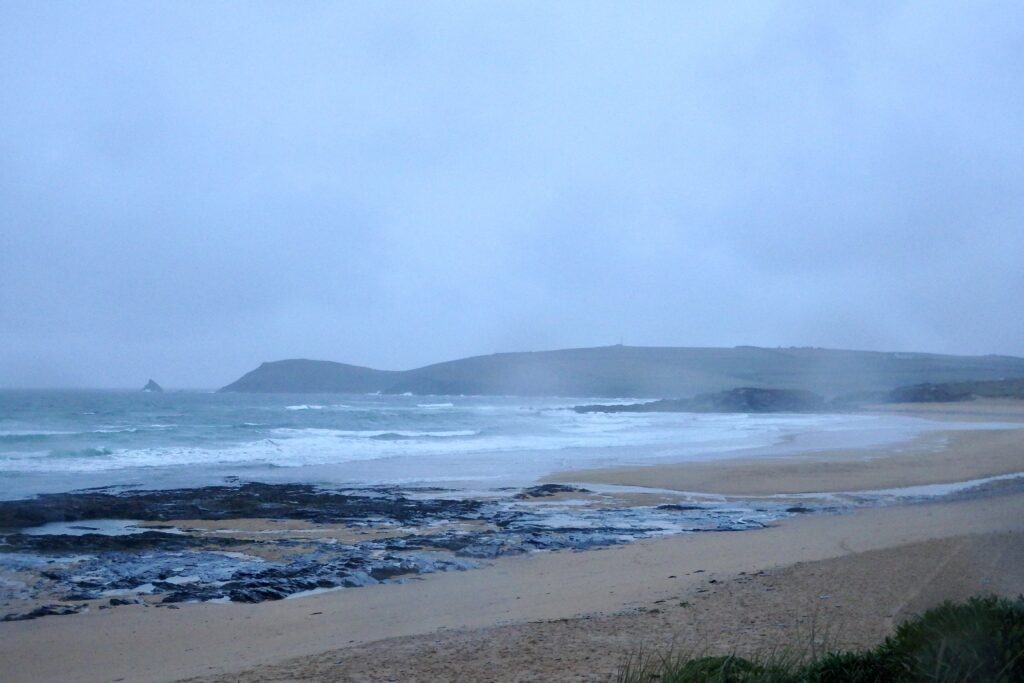 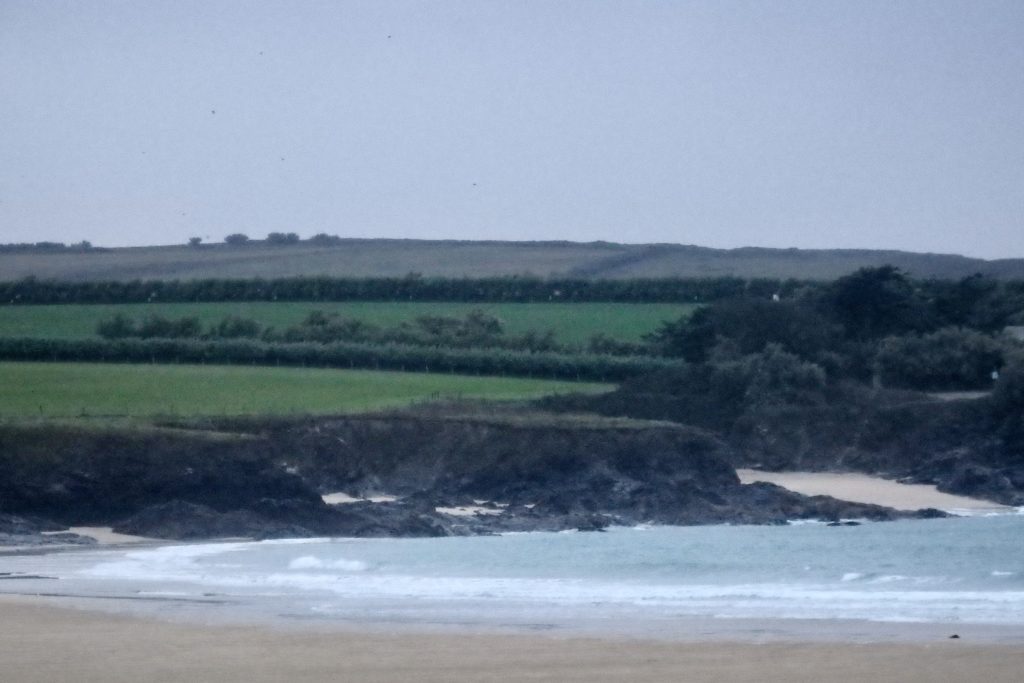 The bay is deserted this morning as heavy rain squalls sweep across the beach, the foot or two of tumbled junk surf washing away at the sand.
The sun’s arrival will brighten it all up but it is still likely to stay a little chilly. 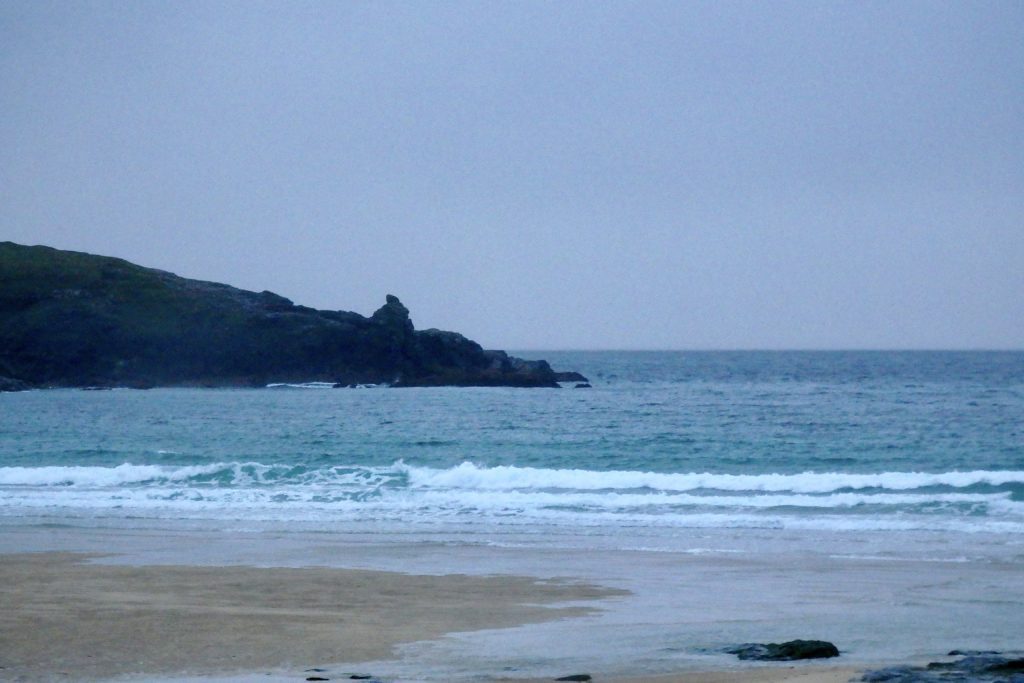 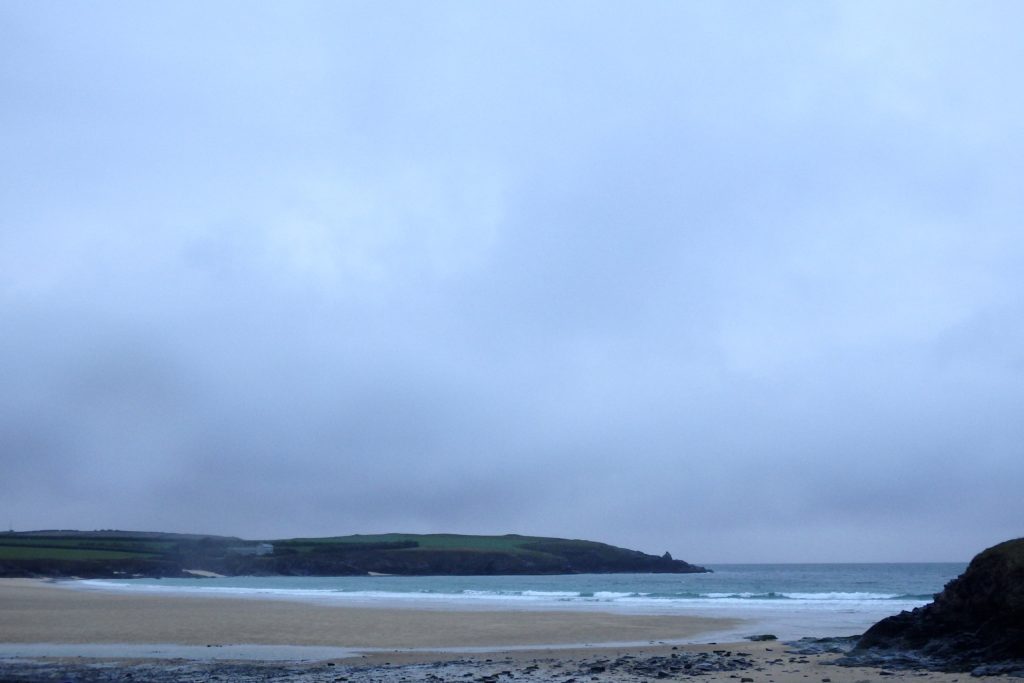 Westerly winds are going to be blowing some chunky waves our way today, starting out big and sloppy, becoming really big ad really choppy!
Harlyn could be good for a moment in the afternoon, before that wind settles back to the north west.

Autumn is likely to return this week as the wind eases onshore and then gradually revs itself up into a bit of a blow by week’s end.
Staring out pleasantly mild and bright with small, playful surf to keep us occupied, temperatures will gradually drop, the wind slowly strengthening from the west, veering from south westerly to a chilling north westerly through midweek.
By the end of the week we’ll be enjoying some wild and woolly and much more wintery surf, driving us around to surf big and lumpy, windswept and chilly Harlyn waves.
You have to love living in the UK, conditions are always changing!
Stay safe, stay happy, stay well and have a great week, wherever you are and whatever you’re doing!