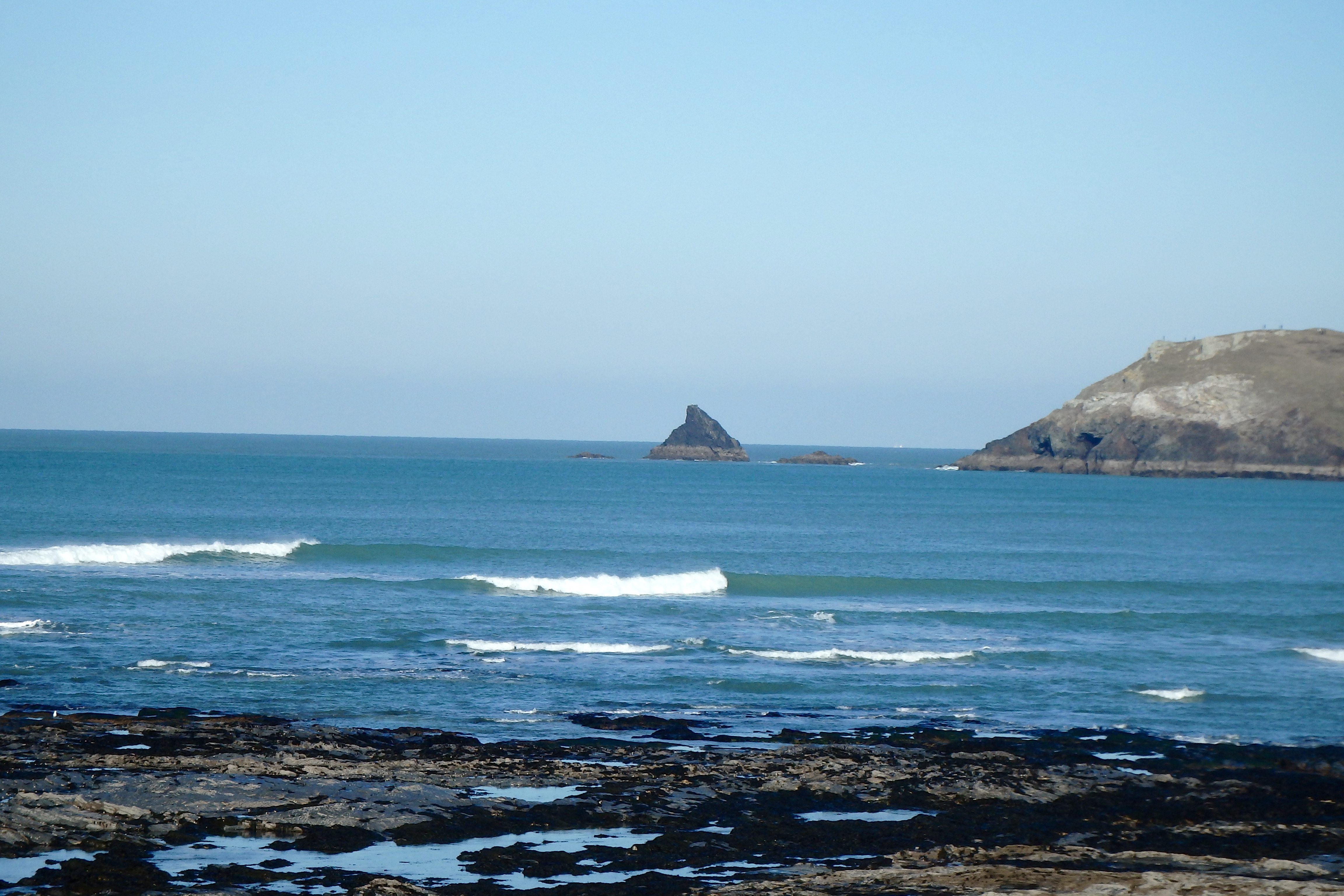 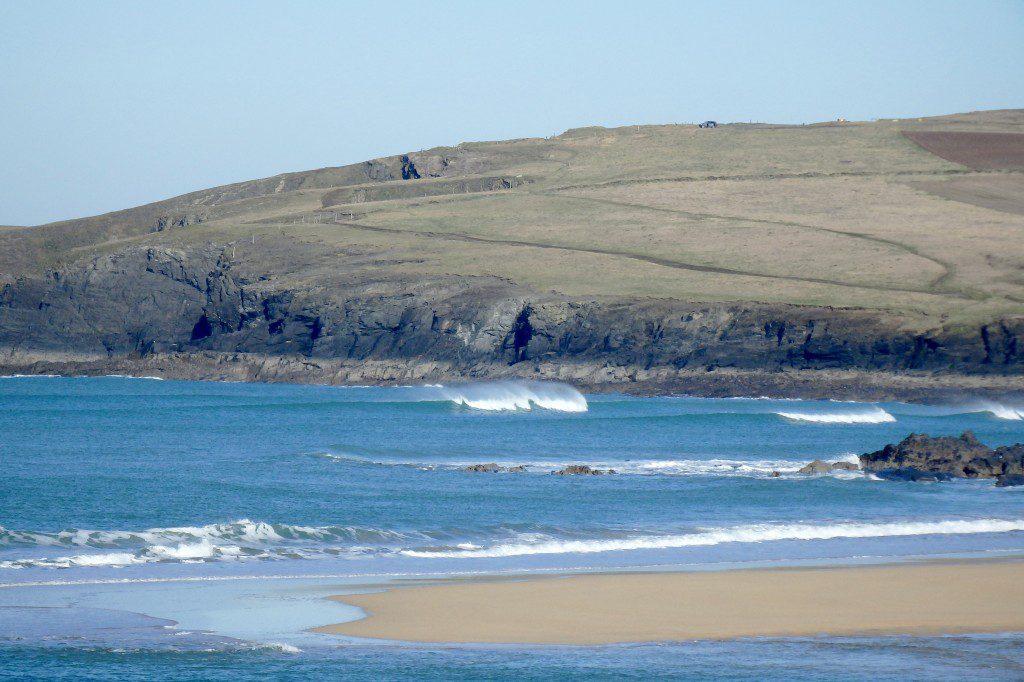 It’s a beautiful morning with a light but chilly, offshore breeze smoothing the sea.
There’s a couple of feet or so of immaculately shaped and pretty surf gliding into the bay, the odd bigger one peaking way outside and peeling forever. But those ones are a long, long way apart!
The forecast is for the breeze to stay light and offshore, an easterly going more north easterly, still smoothing that small but inviting swell.
It is a longboard glider’s heaven all the way along the coast today! 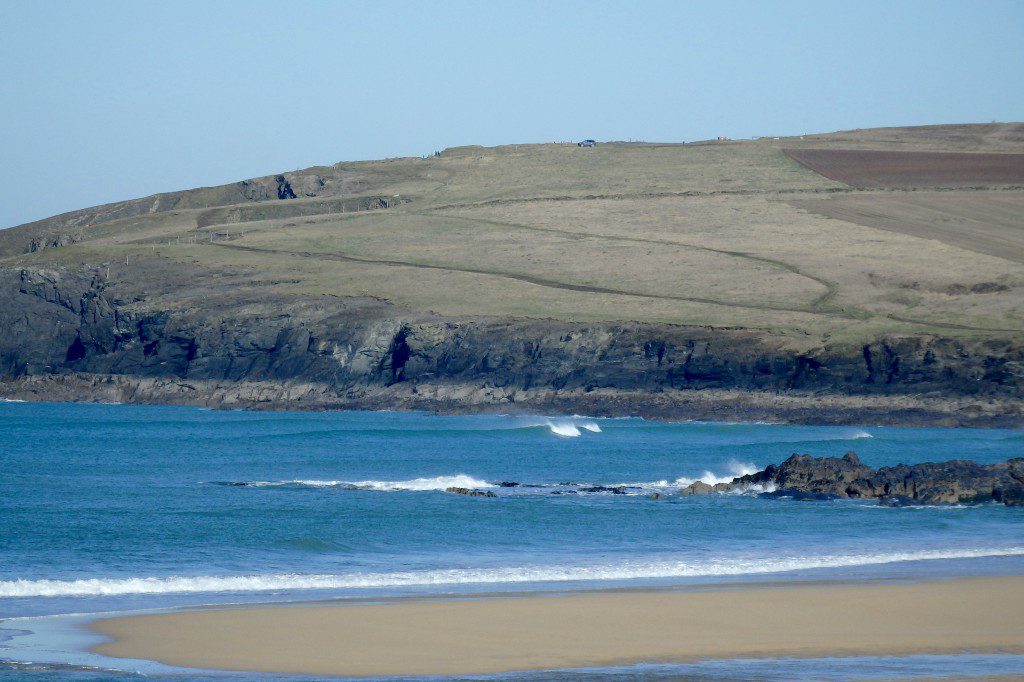 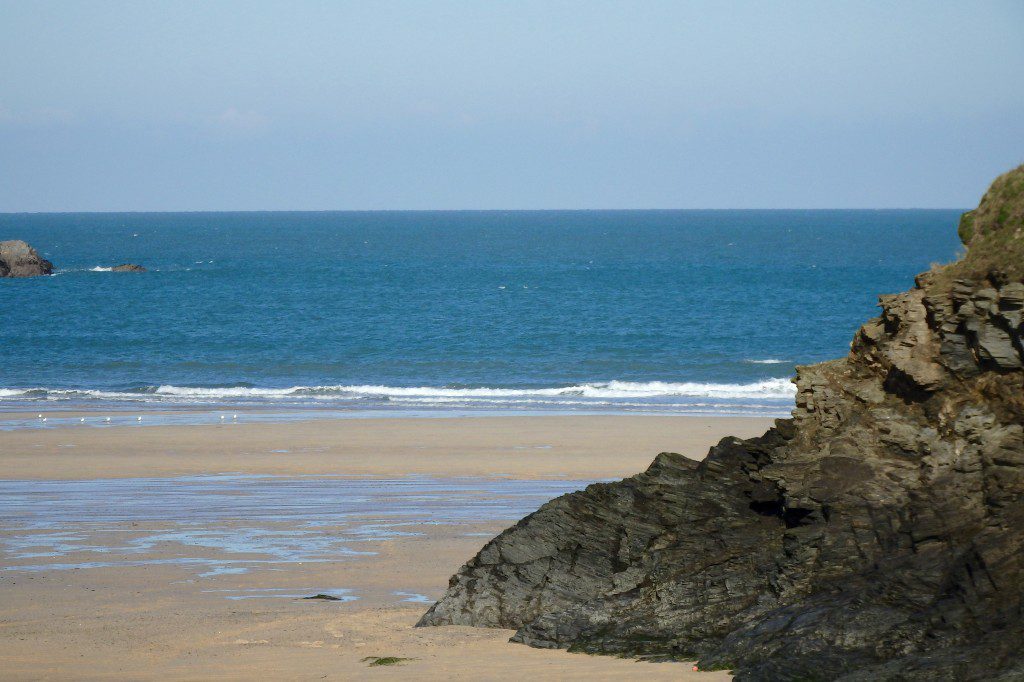 The easterly, going north easterly breeze is onshore here and so those tiny little waves, no more than six inches or a foot, are choppy and sloppy too.
The other side of the headland has immaculate surf, still quite small but perfectly shaped! 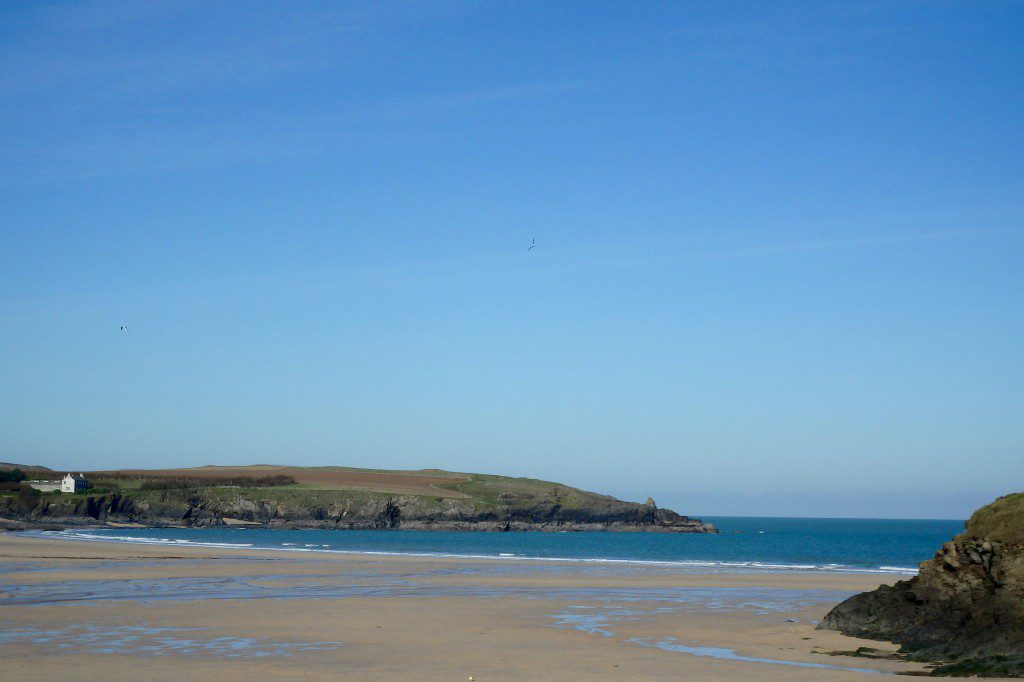 Ah well, we knew it wouldn’t last forever!
The wind is likely to revert to the north west today, onshore everywhere on this coast. And still chilly too.
the south coast has been our salvation in these north westerly winds, especially through last weekend and into Monday but whether it’s going to be big enough today, well, I don’t think so but it could be worth checking out if you have the time/contacts.

It’s all looking good for a slow and hesitant but eventually very pleasant and surf drenched start to this week!
With the wind dropping to a breeze through Monday and eventually switching offshore, that four foot swell should be grinding in at most of our favourite surf breaks. And as the week unfolds the wind should settle to the north east (offshore), gradually going more easterly for at least a couple of days, if not most of the week!
Throw some long awaited winter sunshine into the mix and it is all looking good for at least a couple of days of clean and fun, battery re-charging days of three to four feet, clean and spinning surf!
Or it could end up being a few days of utter frustration as the breezes stubbornly refuse to twitch those few degrees to the east!
I’m going with the twitch but then, you know how frequently I get it wrong!
Have a great week, wherever you are and whatever you’re doing!