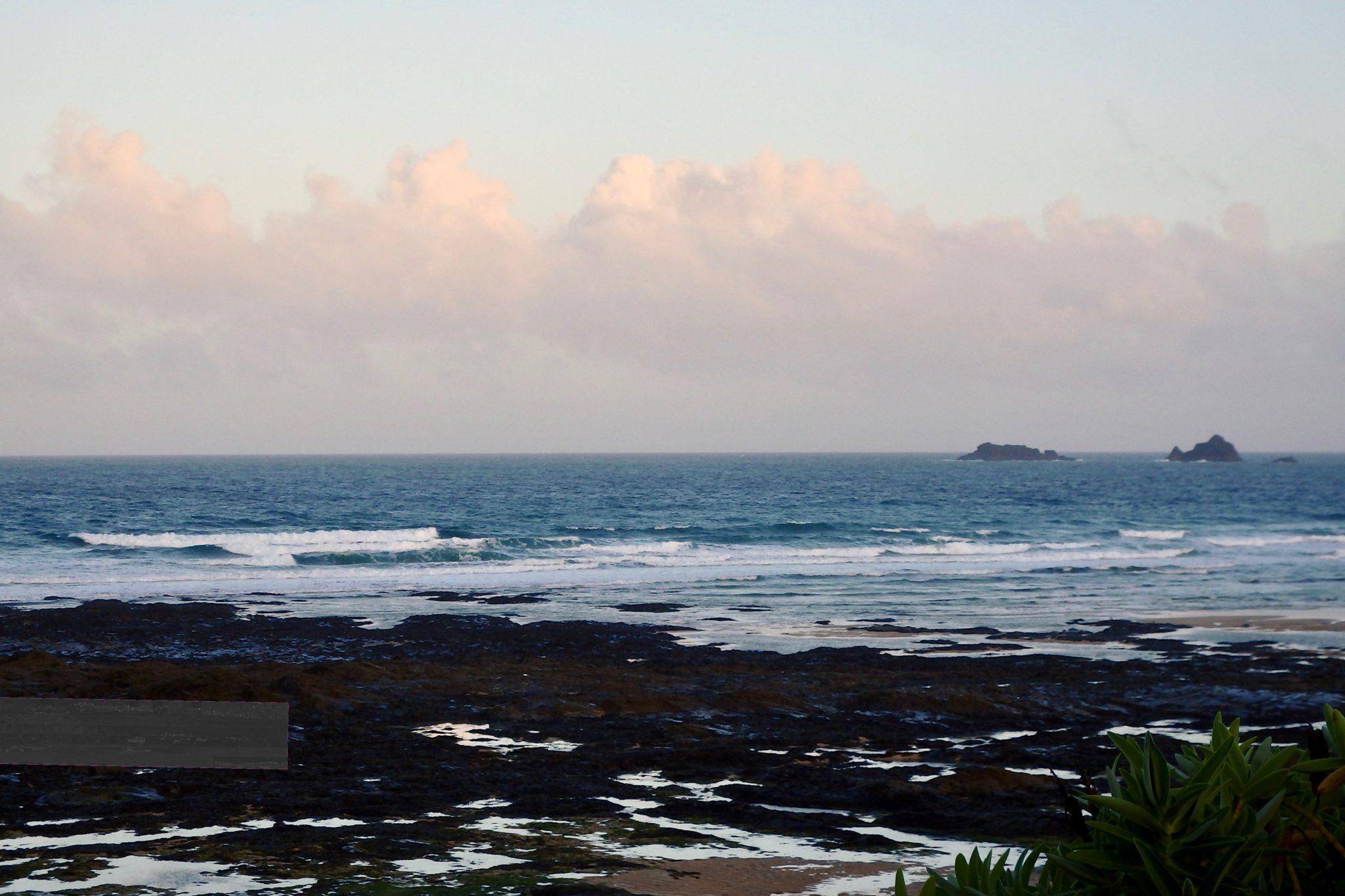 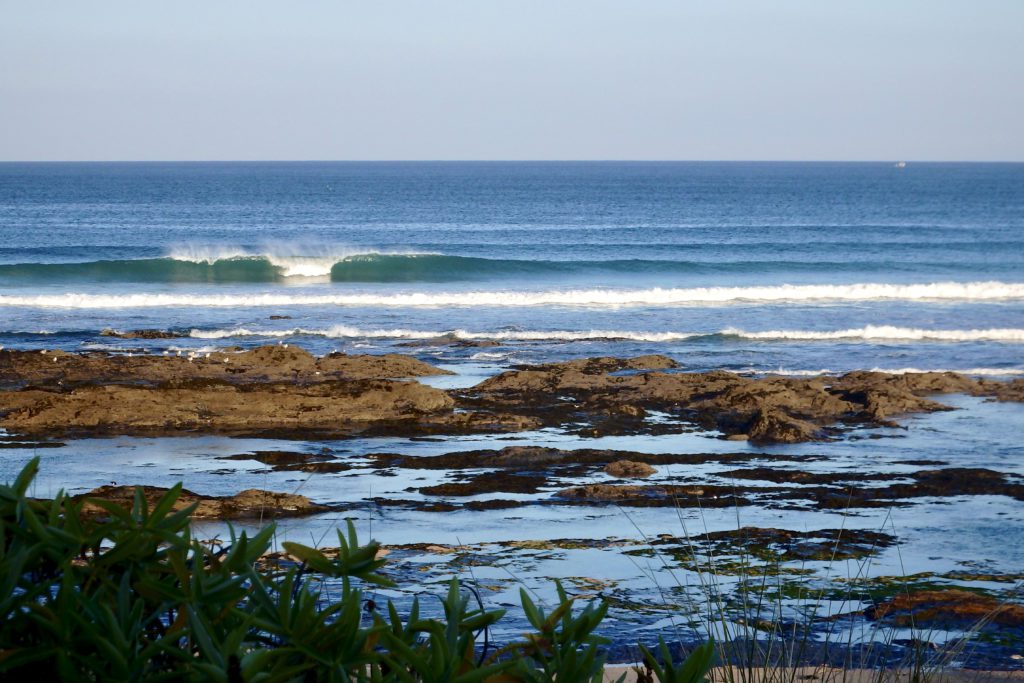 It’s just a little chillier out there this morning, calm and bright and pleasant but just that bit colder.
The breeze is lightly gusting in from the west, chilly and strong enough to chop the couple to three feet of already fairly weak looking surf.
The blue sky and sunny sunshine are making it all a little more appealing than it would be and it is always a rare thing to come out wishing that you hadn’t gone in!
As the tide rises through the morning it might just be a little more fun so there’s no immediate rush! 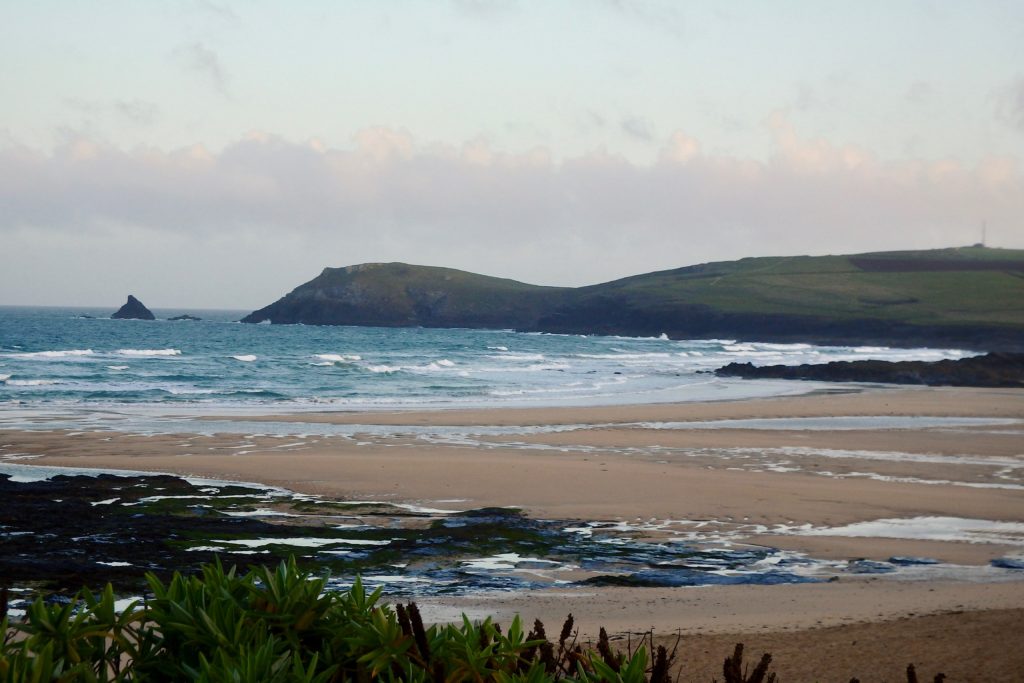 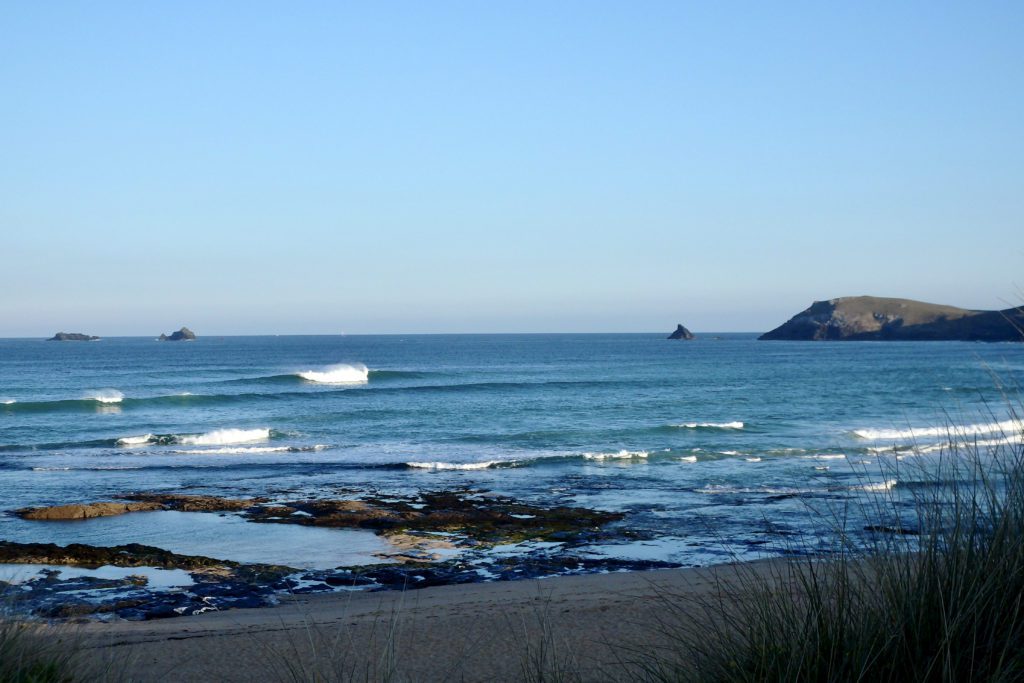 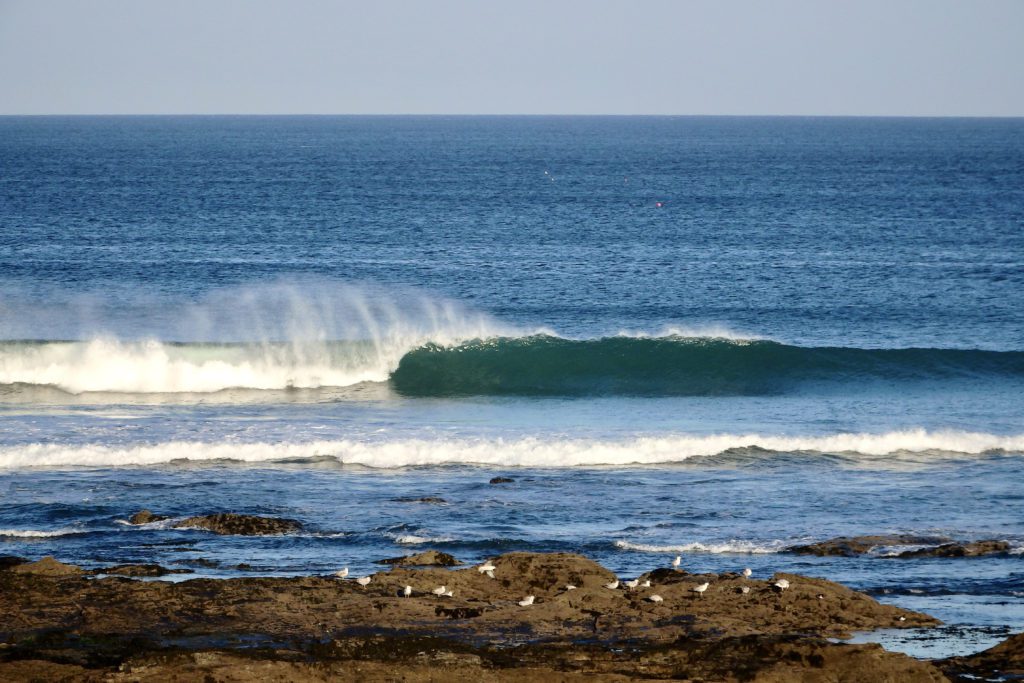 Tiny waves are continuing to frustrate over at Harlyn this morning.
The surf is tiny but quite clean, almost rideable but not quite.
Not yet.
Give it a couple of hours and there might be a pleasant but tiny, fun little surf to be had. In the meantime there’s always that onshore chopped surf over the other side of the headland! 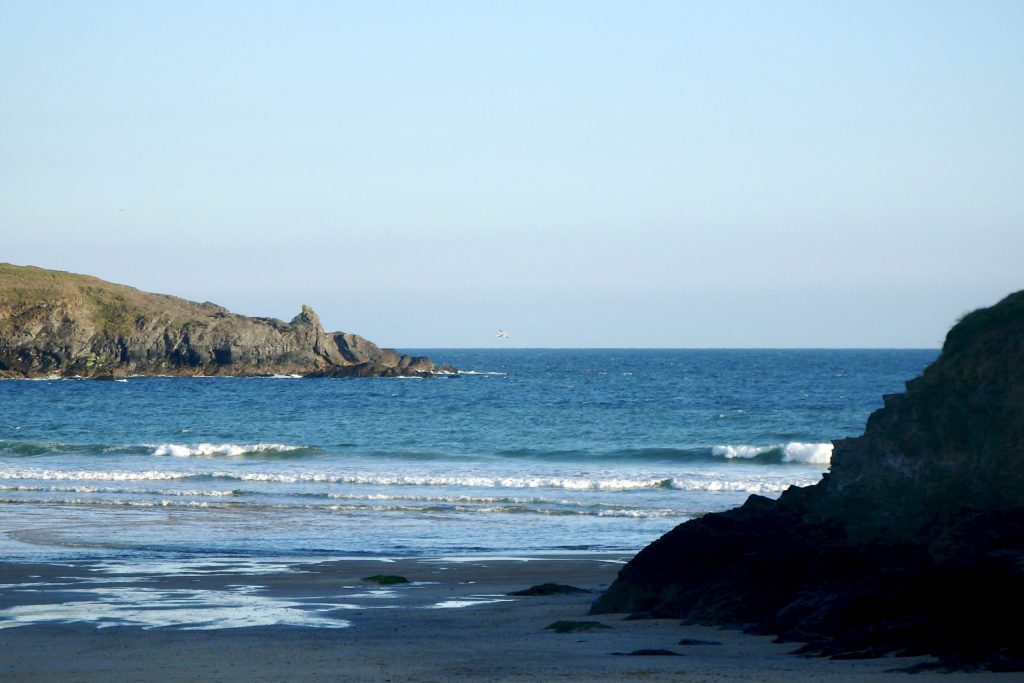 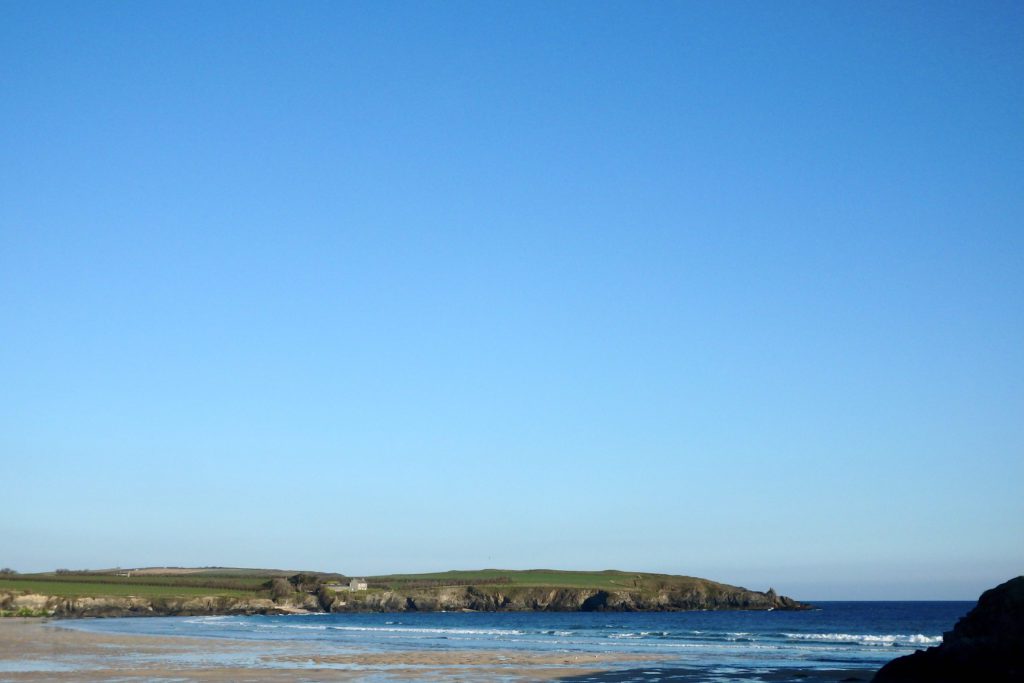 We can expect more of the same but with hopefully a bit bigger surf today.
Three to four feet of slopped and chopped, rolling surf is likely to be bumbling along the coastline today, that wind staying westerly before slipping to south westerly before dark. So, small Harlyn might be the way to go today!

Light westerly winds are going to bring temperatures back to a more normal but not unpleasant low teens level for this week, those onshore winds bringing the occasional bit of dampness our way too.
The surf is likely to be less intense than it has been too, an alright three foot swell rolling steadily our way for most of the time, pulsing up to maybe four feet plus for moments, dropping to only a couple of feet for a while too.
So Monday will start out with that old decision as to whether to surf three fete and bigger of bumpy and lumpy Constantine or scratch around in one to two feet of Harlyn smoothness. The bright enough weather will make it feel that bit better wherever you choose as well.
Tuesday’s breeze is likely to be lighter, the damp weather not taking anything away from some very pleasant three feet or so of consistent surf.
By midweek we will be seeing that westerly wind steadying and pushing in some building surf. Doubling in size through Wednesday and doubling again during Thursday those waves will be a little sloppy even at Harlyn, especially during Thursday when we are likely to see that wind back more north westerly for a little while.
But otherwise it’s looking like an okay week for weather and waves!
Have a great week, wherever you are and whatever you’re doing!