A blustery north westerly wind is howling in this morning, scattering those rain squalls across the fields and bays in drenching downpours of chillness.
The surf is a messed up couple to three feet of chopped out junk surf, a grey swirl of shapeless lost waves with no clear direction to their breaking.
Yep, it’s a mess of a surf this morning, the only option for clean conditions being the south coast. But whether it will be big enough to be worth the drive?  Well, we’ll just have to wait and see! 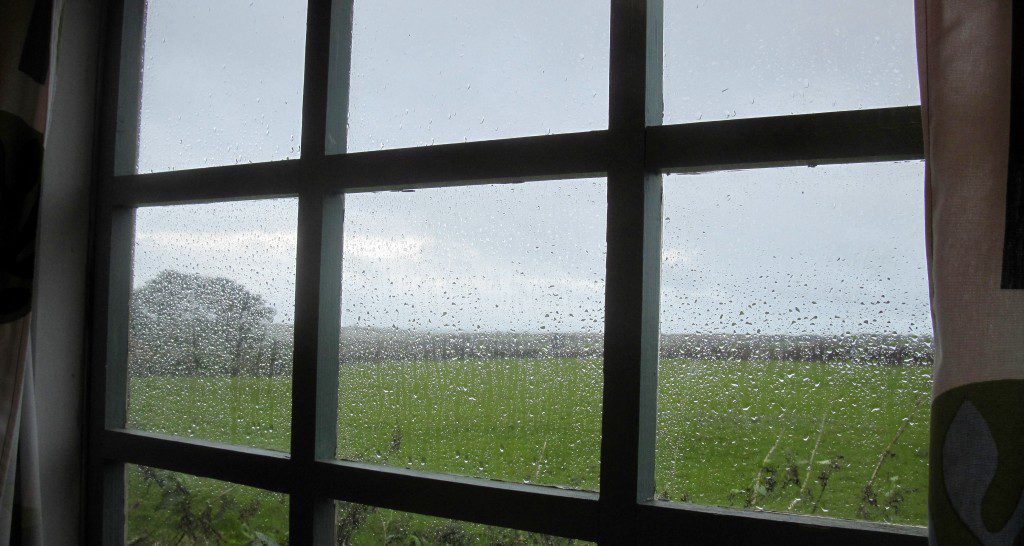 The view from the ‘office’ (or ‘shed’) this morning. Still nice even when the weather isn’t perfect! 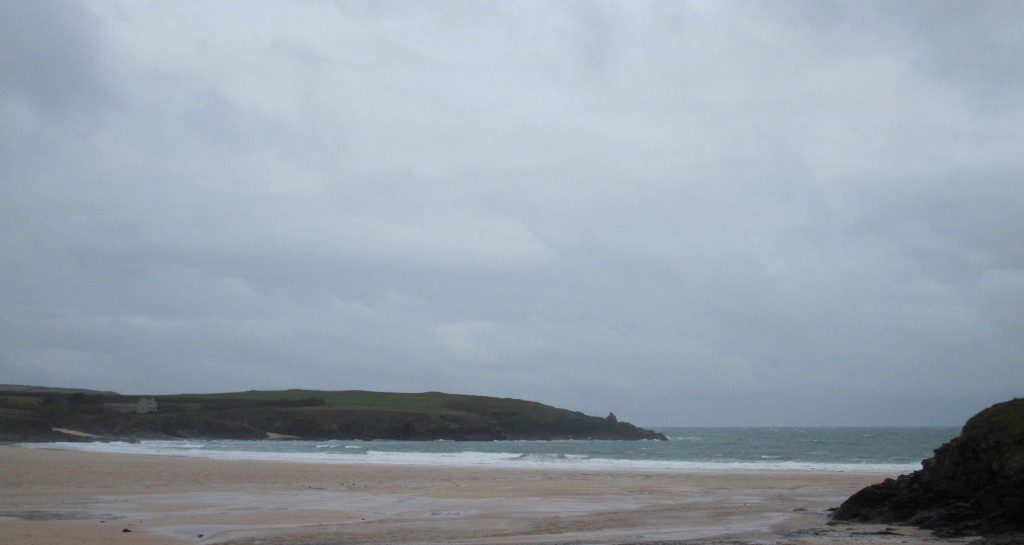 The surf is a messed up couple of feet around here this morning, a smaller, more compact version of the other side of the headland.
Grey and shapeless lumps of waves are lumbering ashore as they feel like it, the odd one turning itself inside out onto dry sand but otherwise barely breaking at all.
The far coast is the only chance for clean surf again today, although I wouldn’t expect it to be that big over there. 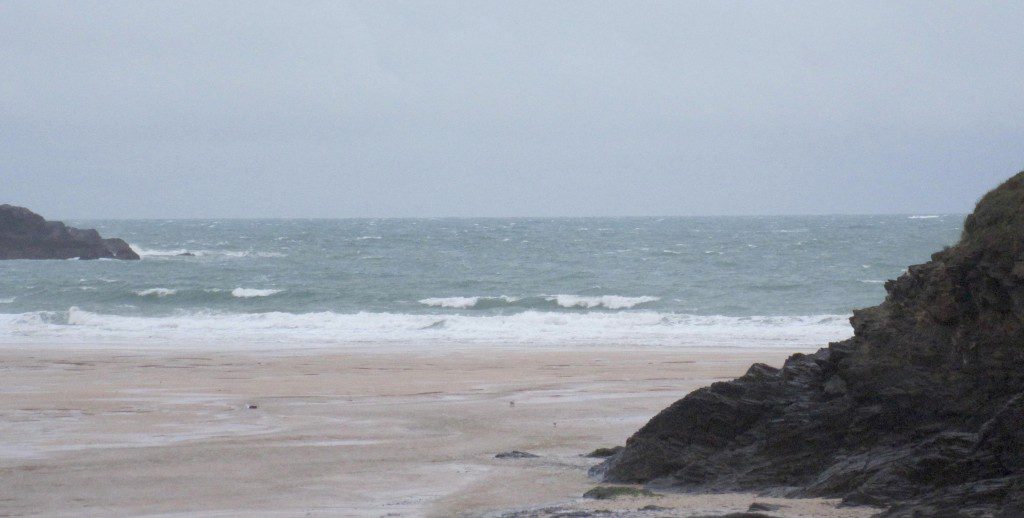 No real change is expected today with the wind scuttling down from the north west as high pressure fills the Bay of Biscay and low pressure swirl around it.
So, another day of howling onshores and cold dampness awaits!

After a calm and bright early start to the week, those skies have quickly covered over again, that small surf slowly building again as the wind rebuilds its strength.
But the wind is looking set to swing north westerly by Tuesday and stay there throughout.
And so, as the swells from those marauding low pressure systems out in the atlantic march our way, that winds are going to make a choppy mess of them as they arrive into our coves and bays.
It is looking like a south coast week ahead of us but only if there’s enough swell to get around and into those coves and bays over there.
Here is going to be a chilly and onshore chopped place, full of wind and rain. But great for getting out and mixing it up too!
Have a great week, wherever you are and whatever you’re doing!