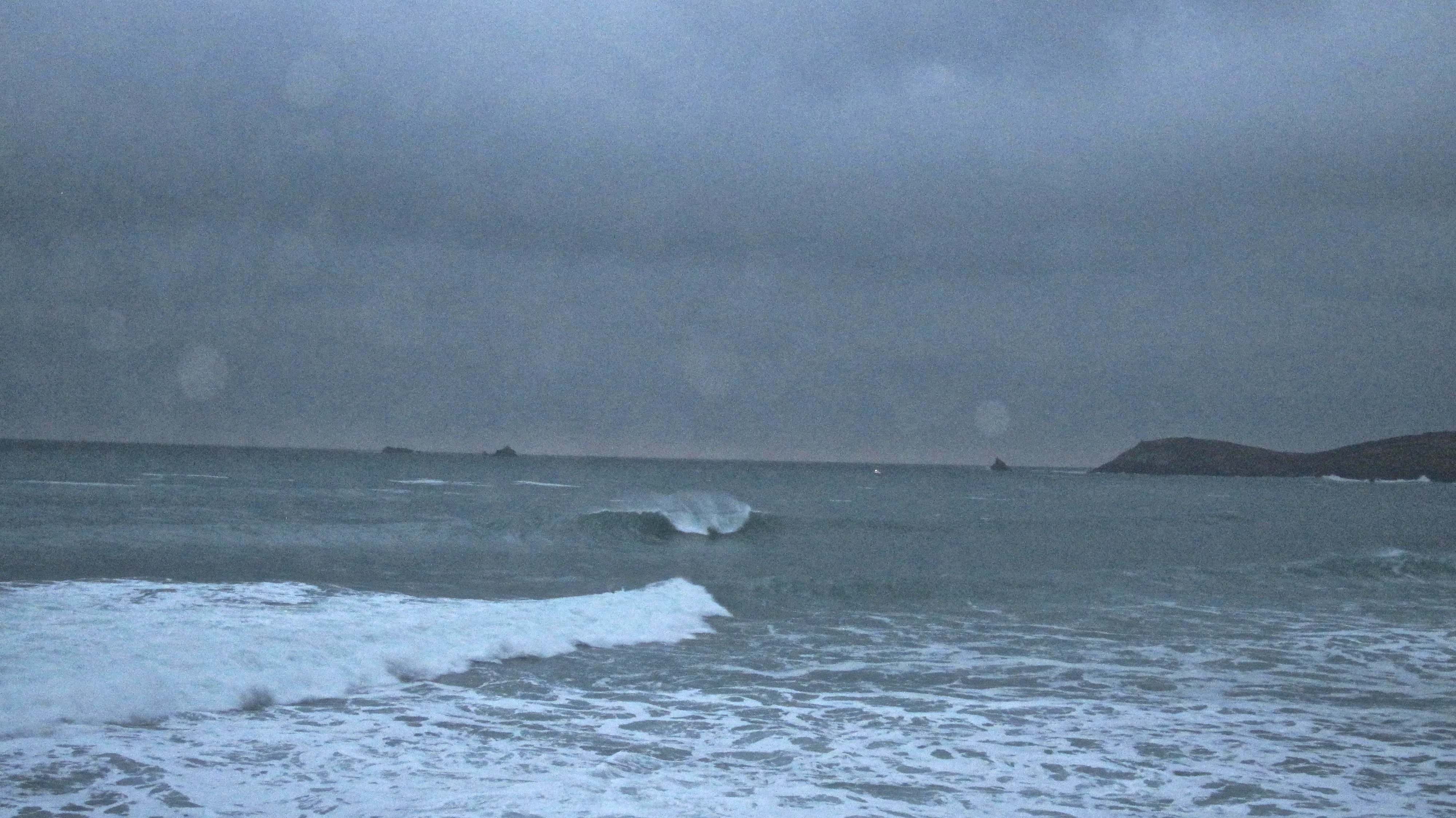 It’s a little bit greyer this morning, a dark one with that heavy canopy of sky weighing down.
The surf is still bowling through, smaller than yesterday but still a solid three to four feet, still reeling off the Reef.
The wind is light and just about staying offshore, a chill north easterly, forecast to slip more northerly but for the moment it is almost breathless and is helping to mould those waves into hollow things.
I’d get on it sooner rather than later though, a few degrees more and the wind will have an effect, even when it’s this light!

There are little waves still rolling in here this morning, a foot or two to roll the fishing boat down at cellars, lights out as the grey sky brightens by not much more than a lumen or two.
That foot or two is just a little mushy too, the tide is too high right now and that breeze, light as it is, is having an effect. The waves are just a little slushier, or maybe just not as sharp as they would be with a southerly.
it’s okay but the other side is reeling again and that’s the place to go for a surf today.

It is looking good again for today, smaller, more three feet than four but back to offshore proper and still keeping its low teens wave-period.
Aren’t you just loving this Autumn for surf?

We have been enjoying a very smart start to this week, the wind light and offshore, the swell having rebuilt and the banks at some of our main breaks finding their shape of old, that double digit wave period indicating some strength to the swell.
By midweek it is looking as though the wind is going to drift to the north, not entirely ruining the surf but adding that lumpiness to it all. Hopefully it will stay light enough not to affect things too much but I would still get on it earlier, especially on Wednesday, it could just deteriorate through Wednesday if the wind switches only a bit.
By Thursday we should be enjoying more direct offshores with a still fairly solid little three foot or so swell.
And that is likely to be the way of it right into the weekend! Offshores and a decreasing but still lively swell.
So, an action packed week of surfing in mostly neat conditions continues, with just a little thought and planning and maybe just a couple of short journeys we should be enjoying some great conditions!
Have a great week, wherever you are and whatever you’re doing!