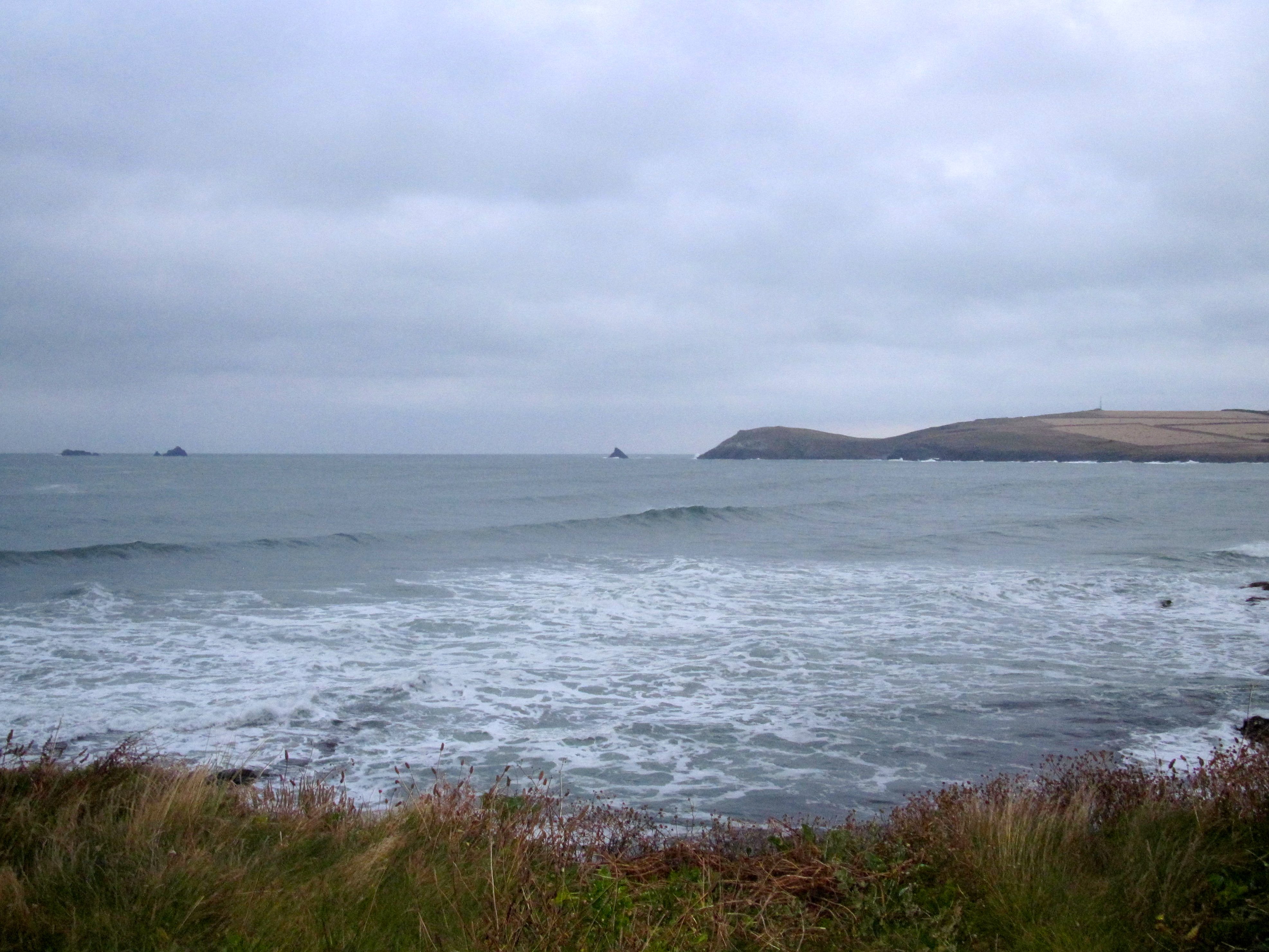 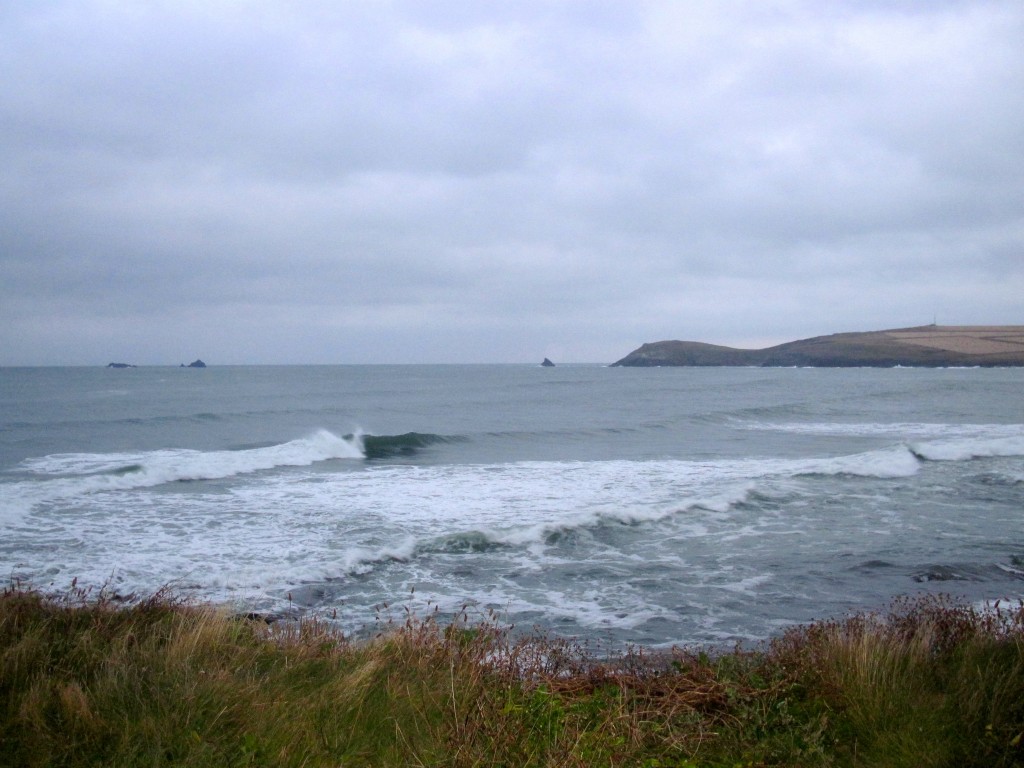 Well, how good was that yesterday! According to Instagram, it seems as though pretty much the entire surf world has been enjoying some off-the-scale surf and although we don’t rate when compared to Teahupo’o (thank God!) our little surf spots were firing as well as some of the best of ’em!
The swell has eased off a bit today, that five to six foot reeling swell being replaced by a smoother three to maybe occasionally four foot swell. The breeze is light and straight offshore, the swell period is steady and ten second plus, the only slight disappointment being that grey sky canopy and that could brighten up by lunchtime anyway.
So, another decent day of clean waves awaits, those curling little peelers waiting to be ridden! 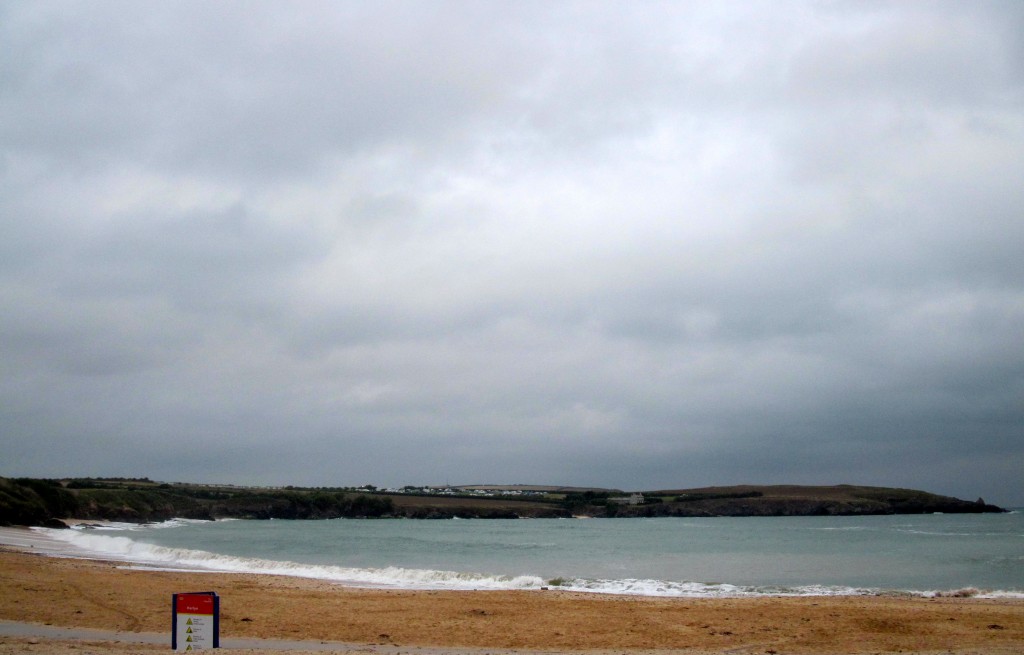 It is pretty tiny around here this morning at an hour or so ahead of high tide and so the water is pretty deep  There might be something a bit more rideable as the tide empties out but it is likely to be only very small stuff at best.  No, it’s the other side for some surf today and it is looking real good over there at all of the main surf breaks.

We should be enjoying another push of swell today, the wind having backed around to the south west, gusting freshly through the morning and giving that swell a hefty push.
There’s likely to be three to four foot and fairly mushy, bumpy surf rolling through all day. The main surf breaks are going to be fairly choppy and slushy, big enough to bowl through off the Reef and Slab maybe but bumpy and bouncy.
Harlyn could be the place to watch today but that has been getting rammed with the pressure of all the visitors as well as those surfers seeking a bit of shelter and all the Surf Schools aiming for the same spot. It will be interesting to see if the end of the holiday season is going to reduce the numbers or if that extra week in this August will keep visitor numbers up.

The Bank Holiday weekend traditionally ends our main holiday season, marking a return to a slower, quieter pace of life as the vast majority of visitors exit the area. This year might show a more gradual emptying, with that extra August week.
And those who do stay on might just finally see some surf! Some proper rolling Atlantic curlers, just like in the postcards!
The week started with a half decent three foot and building swell rolling in through Monday, the wind mainly onshore but south, going south westerly. By Tuesday we were enjoying a proper five to six feet plus of growling swell with offshore breezes. All of our main surf breaks were be on fire and even Harlyn kicked in properly for the first time this summer!
The swell is likely to settle down by midweek, still that rolling swell, all bumpy and grinding in at the main breaks with enough swell maybe to provide some alternatives at the sheltered spots too. Wednesday should see a half decent three to four feet of offshore groomed surf at our main breaks, maybe a foot or so at the sheltered spots.
And by Thursday there should be the next spell of thick and rolling swell washing our way, the wind having backed to the south west, merrily pushing along that swell. Yep, we can expect some solid, thick and lumpy surf to close out the week. We will probably mainly be surfing Harlyn in three to four foot and sharp conditions as the week winds down and we go into the weekend.
So wax the boards down – surf’s up!
Have a great week, wherever you are and whatever you’re doing!