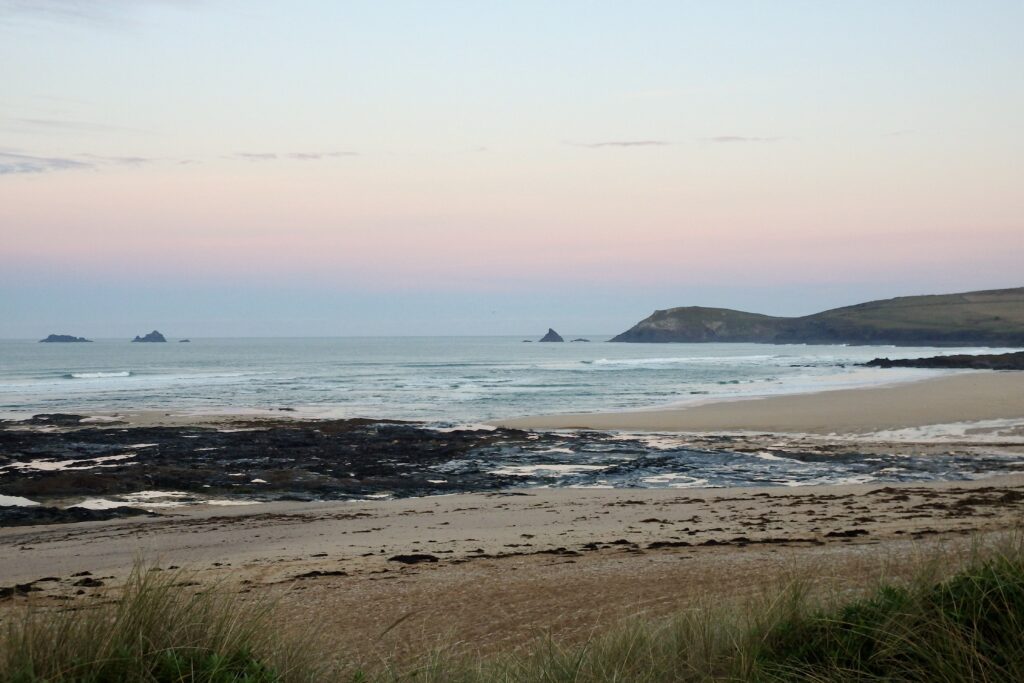 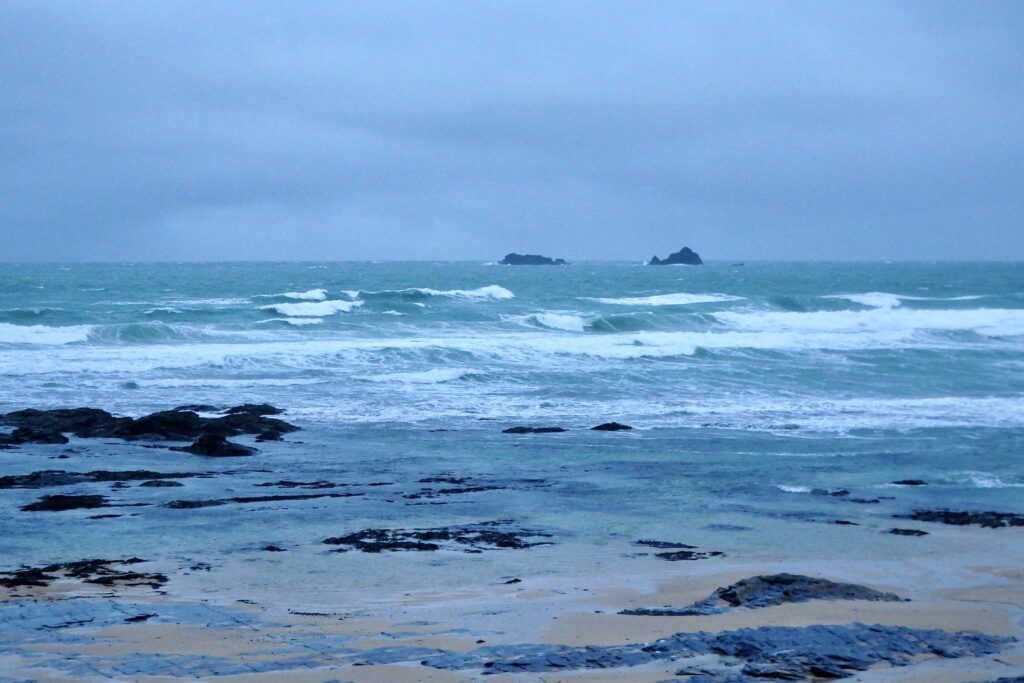 And the wind still blows, a gusting westerly this morning, blustering into the bay beneath a cloud-heavy sky.
There’s a disappointing four feet or so of windtorn and jagged surf being flung ashore, disappointing from a storm watcher’s perspective that is, it was expected to be much bigger and more exciting this morning but it looks as though the swell peaked overnight maybe.
Or maybe it just slipped quietly by to unfold on further shores.
Either way, there isn’t much doing in the way of surf, not here, not today! 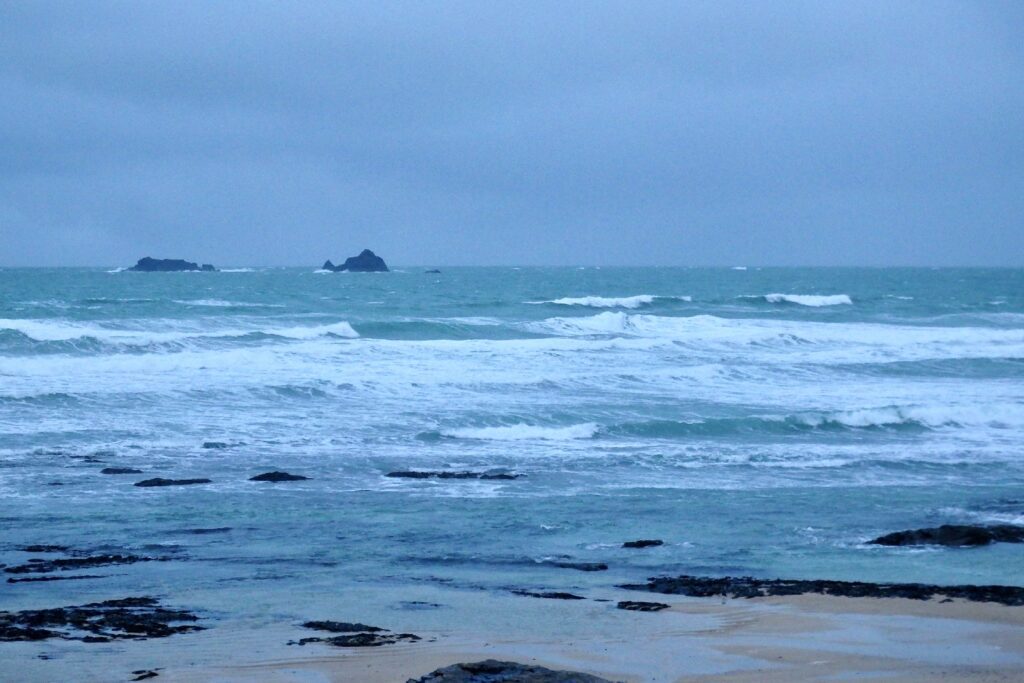 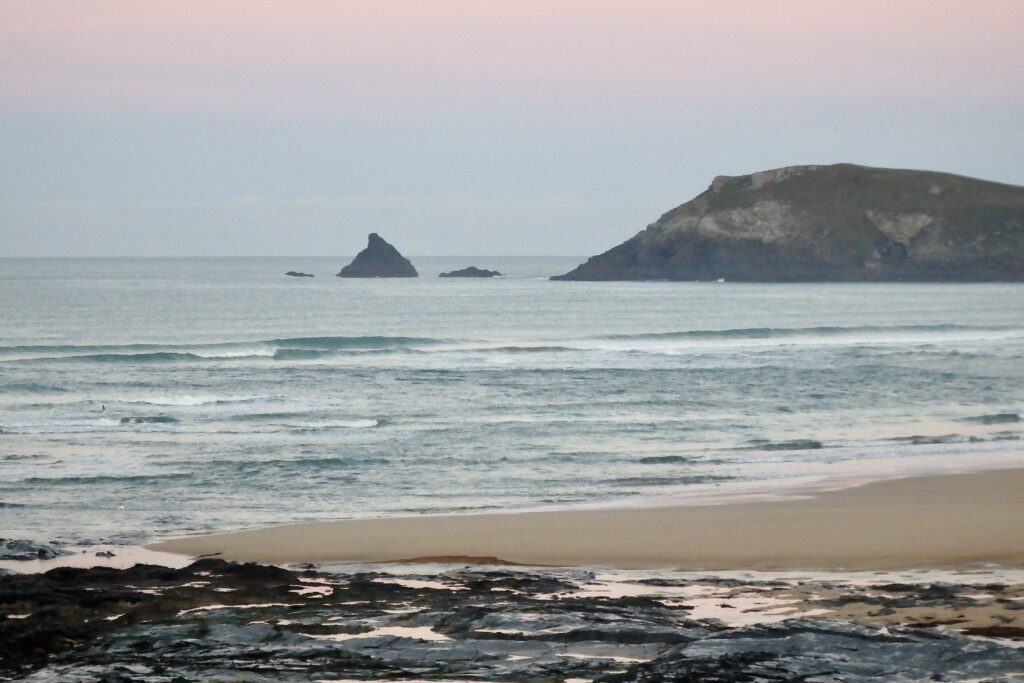 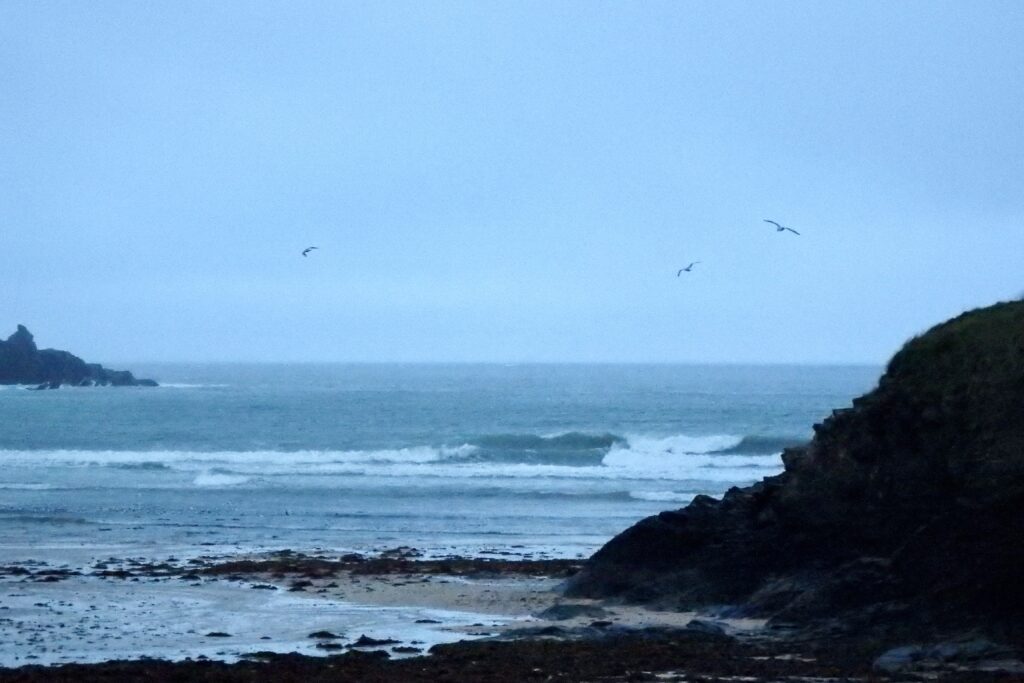 Three feet or so of wind-slopped but very rideable surf is walling up at lowish tide Harlyn this morning, the westerly wind not getting to it too much.
Not yet anyway.
The set waves are managing to fold themselves over off the Rock and almost peak before shutting down over at the far end of the bay.
It’s windy and squally and dark and chilly but if you’re frothing for a surf it might do.
Otherwise there’s always the far coast! 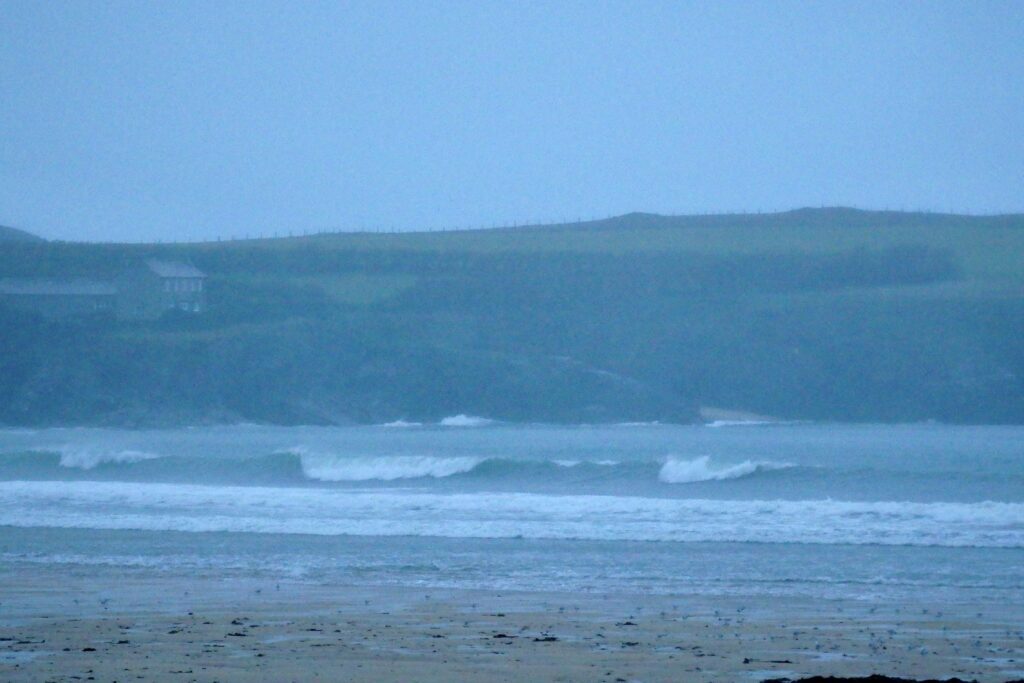 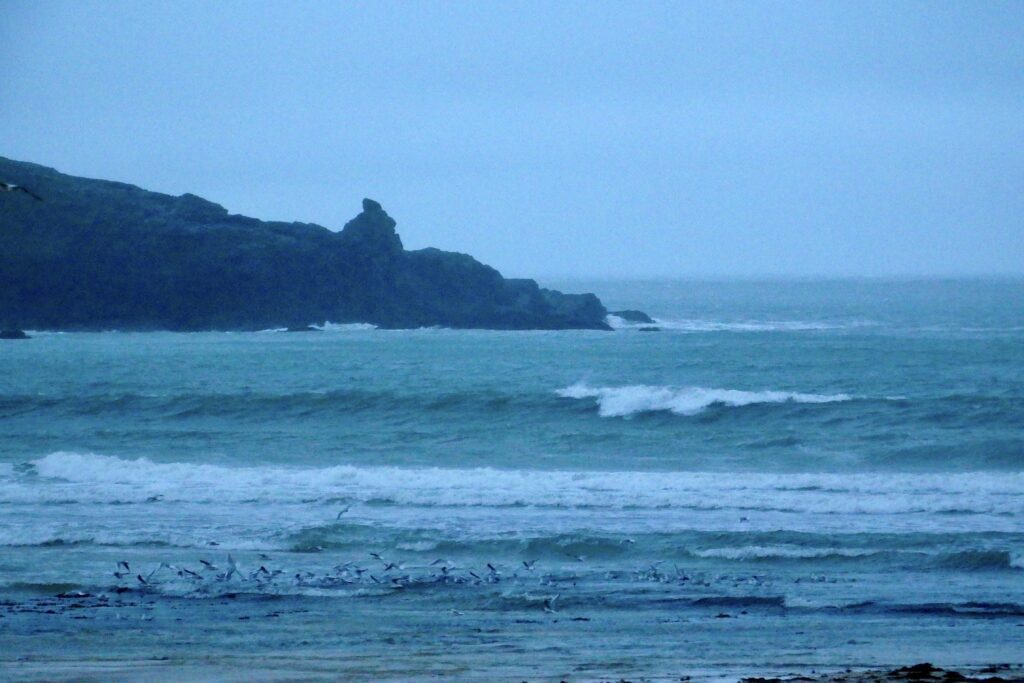 The wind is hopefully calming through today, dropping to no more than a breeze by dark. But it is still going to be drifting in from the north west, onshore at all of our breaks.
So the best that we can hope for is three to four feet of sloppy junk surf. We might just enjoy some brighter weather through the afternoon though and that always seems to make the surf seem that little bit more attractive doesn’t it?

A wet ‘n windy week is promised this week, the south westerlies at the start of the week gradually giving way to colder and more irritating north westerlies by midweek.
Harlyn should be big and booming through Tuesday, getting really big as the day goes on but getting sloppier and choppier as the swell peaks on Wednesday.
The wind is likely to start calming through Thursday afternoon but it is still probably going to stay north westerly, onshore everywhere.
The South Coast is going to be beckoning all week long again while there’s not going to be much rideable surf on this coast after Tuesday!
Have a great week, wherever you are and whatever you’re doing!