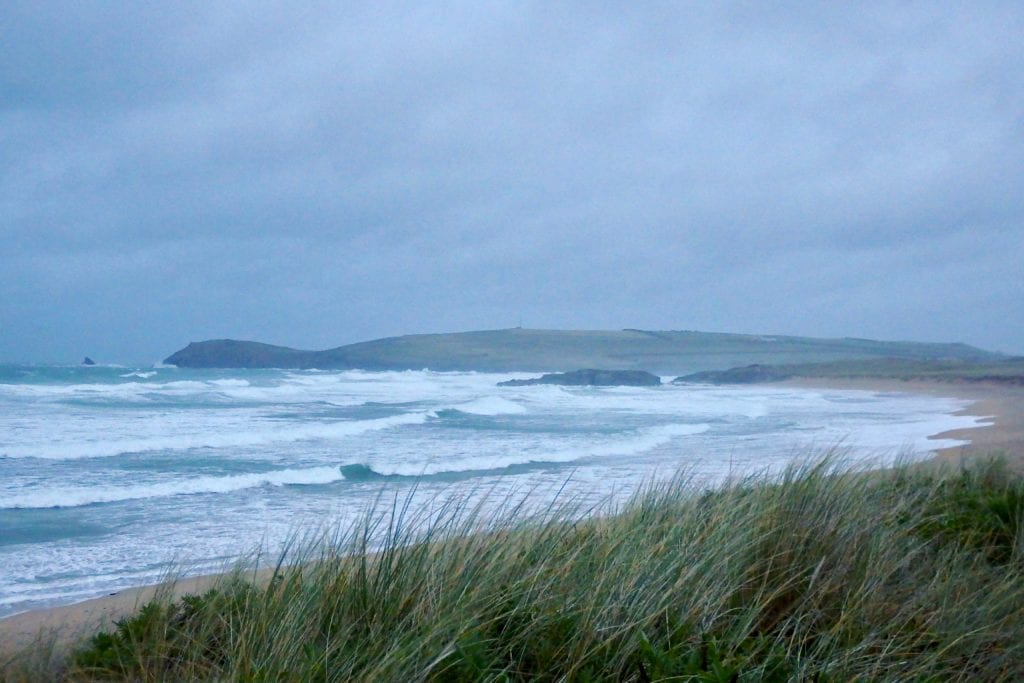 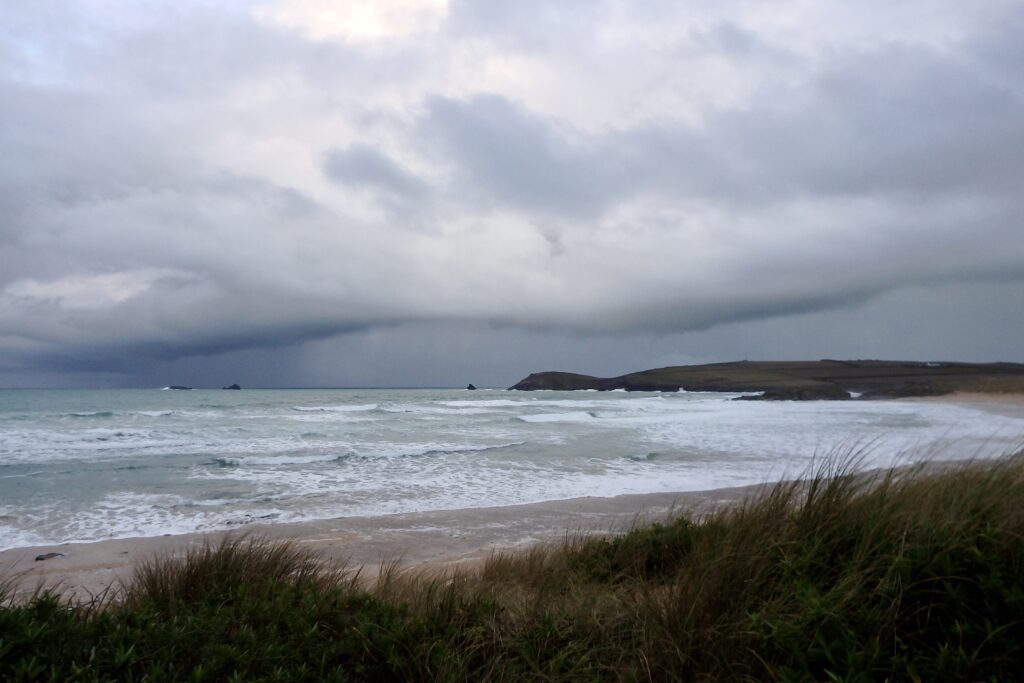 The wind is moaning and groaning and screeching across the countryside this morning, a stormy sou’ wester that might just be getting started. But it’s dry so far and mild too with mid teens celsius showing on the thermometer but that sky is as dark as Mordor, so we will see some wetness soon enough!
And of course the surf is lunging and fumbling its way into the bay, all big and busy and rolling and cresting. But its’ not as big as it might be – yet. Six to eight feet maybe of storm shredded and directionless waves are hurling themselves our way but it is only going to get bigger! You really don’t want to be going anywhere near it today, that moody old Atlantic is getting angry! 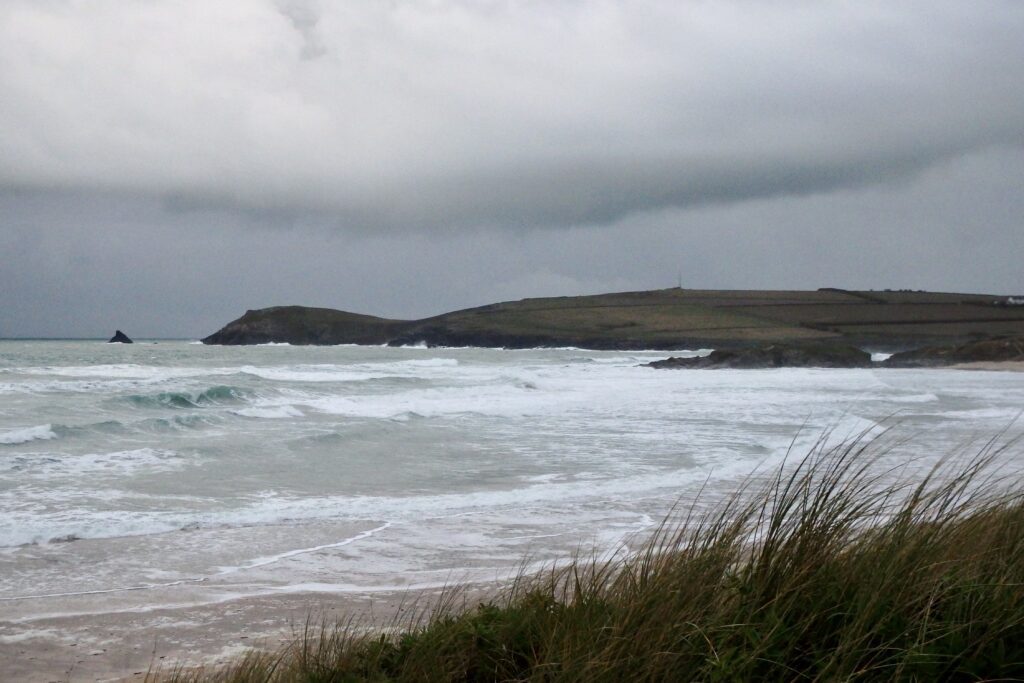 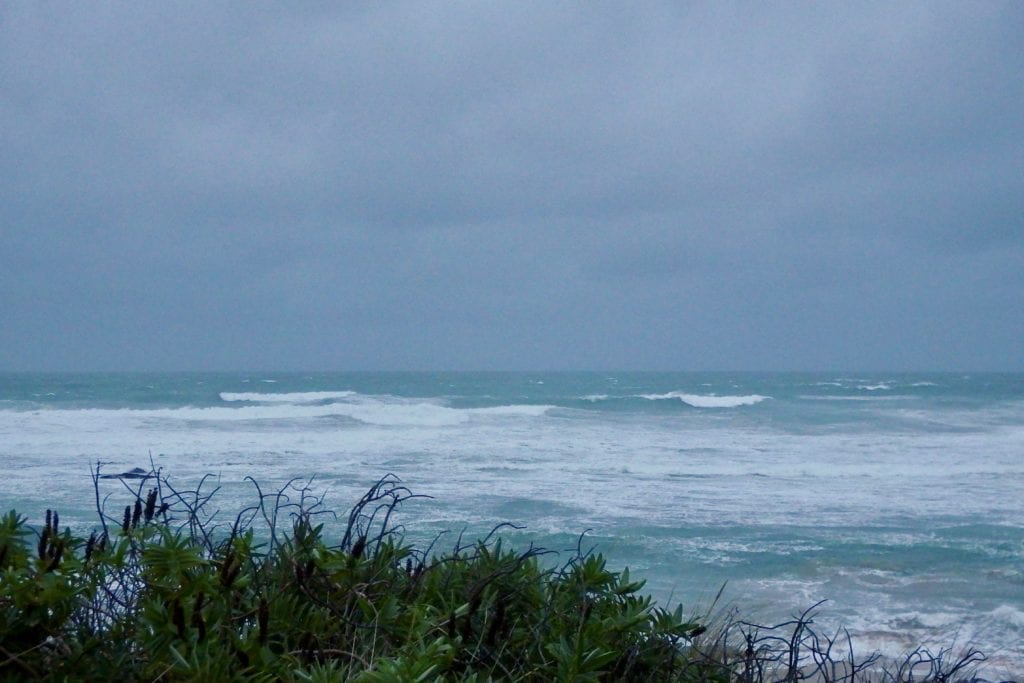 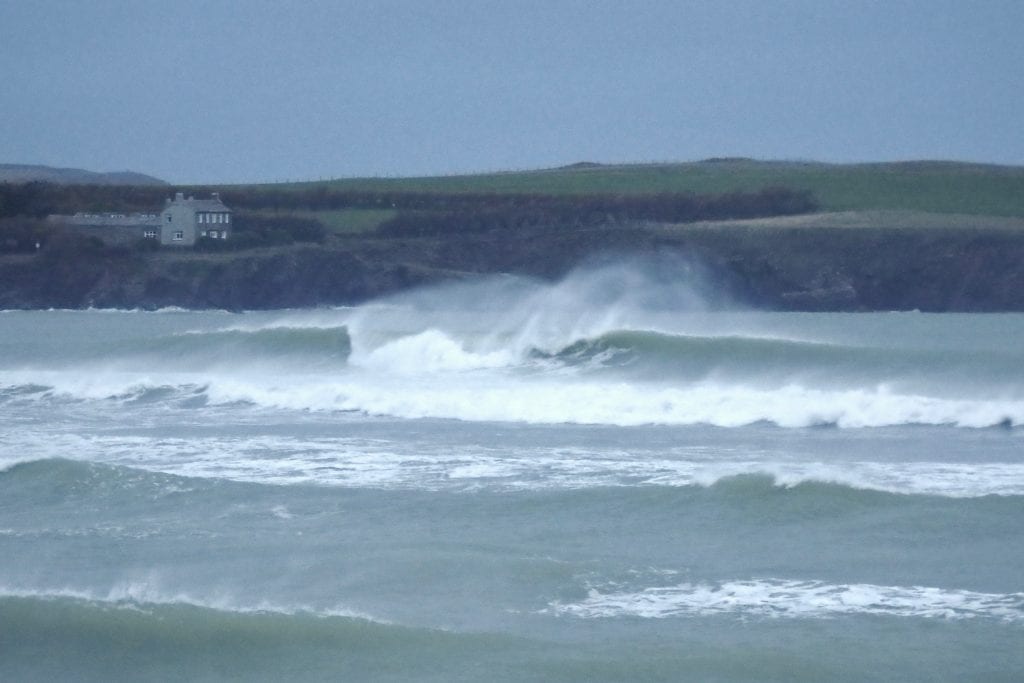 The south westerly wind is blasting offshore at Harlyn this morning, hurling itself into the faces of strengthening and building two to three to four foot waves. You have to wait around a while for the set waves but when they come they are ploughing their way through the lineup.
I think that we will be seeing some big and bowling, board snappingly shallow waves exploding our way through this afternoon! 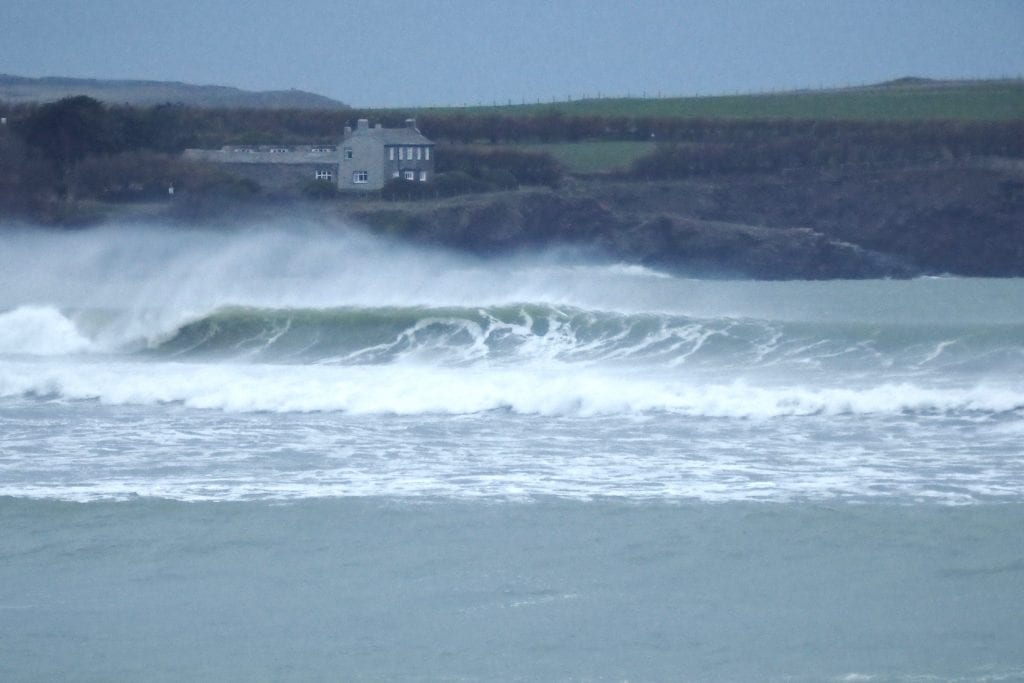 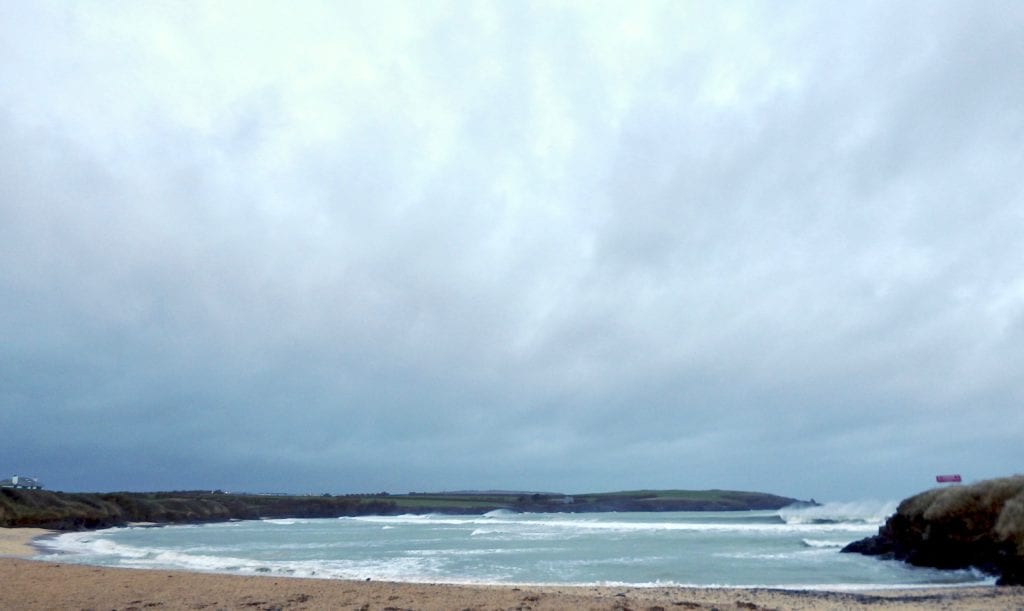 It’s going to be BIG, bad and breezy today. Mind where you go and take it easy, whatever it looks like out in that ocean today, those waves will be much bigger than that!

Inevitably, the wind has strengthened while veering to the south west through Tuesday, leaving wilder conditions to blow our way with big, big swells starting to show, Harlyn slowly gaining shape and size as the week rolls on.
By midweek we should be seeing some really big swells battering our coastline, sending us all scurrying in search of shelter, or just making do with big and hollow, sand drenched Harlyn shutdowns.
Yep, it is likely to get really big through the back half of the week, so take it easy out there, with that wind and swell combination there could be some tricky situations to keep us all alert!
Have a great week, wherever you are and whatever you’re doing!