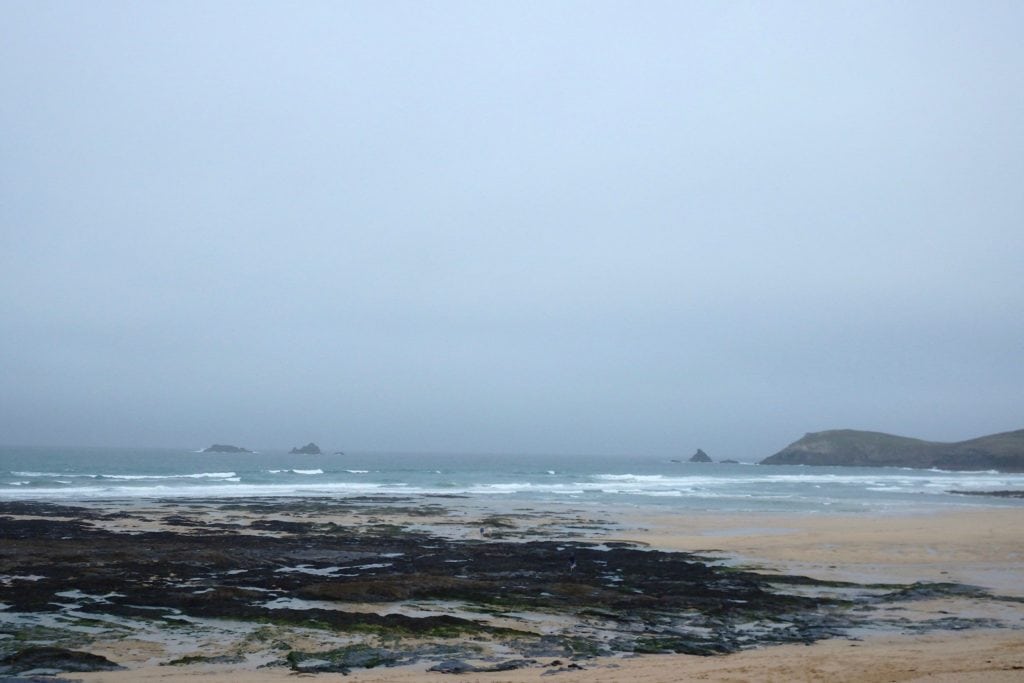 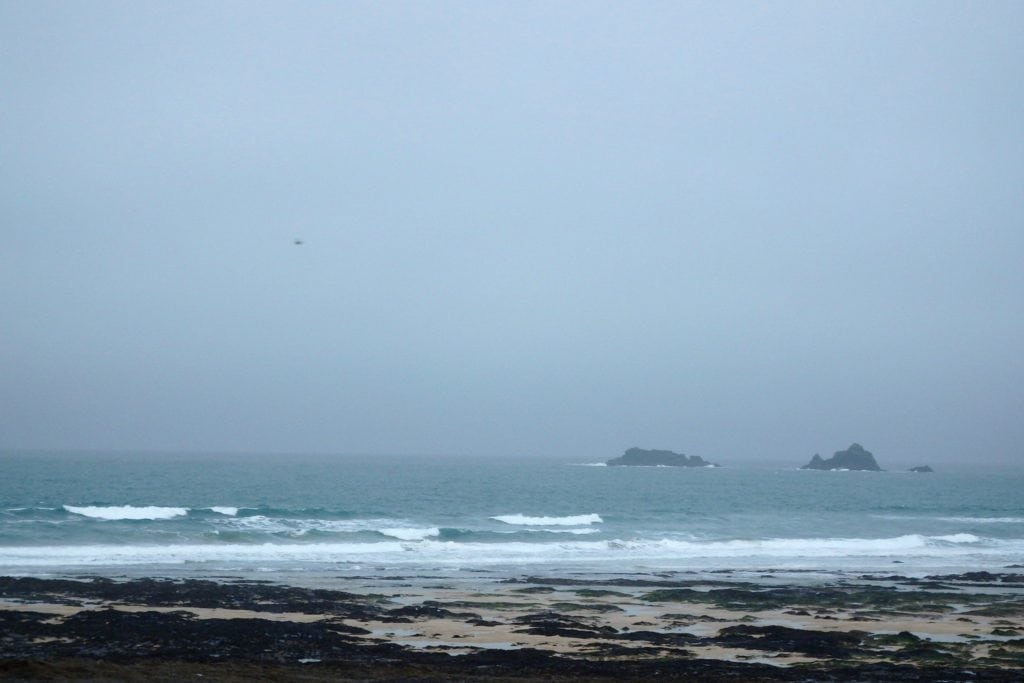 Another late one as I shared the Truro run with the early morning commuters, only to find my favourite coffee shop shut!
Ah well, luckily there are others.
And I didn’t miss the surf, the dropping tide is doing nothing for those lightly onshore slopped three feet or so ruffled and tussled waves.
The sky is brighter down the coast too, that silver cloud lining blocking the brighter bits above us here. But it’s dry and mild and the wind is light so it could brighten later! 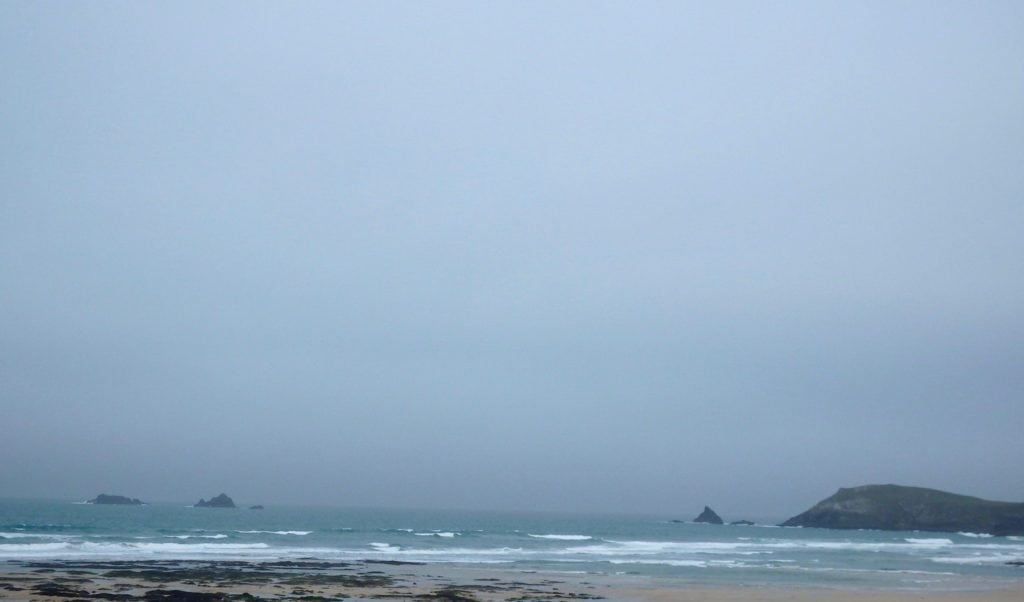 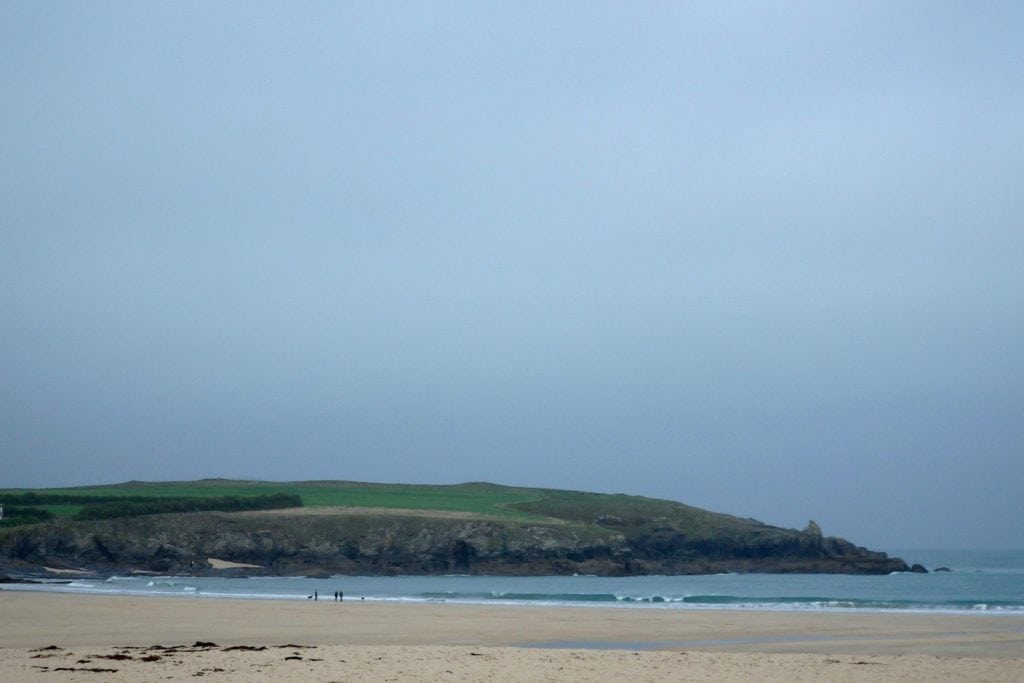 A foot or occasionally two of smooth and snappy little waves are crashing ashore here this morning and it is probably at its worst right now being as there’s another hour or two before low tide. I’m guessing that it might improve quite bit by lunchtime, not necessarily that much bigger, it could just have some extra oomph to it.
Yep, it could well be worth a liittle look back later! 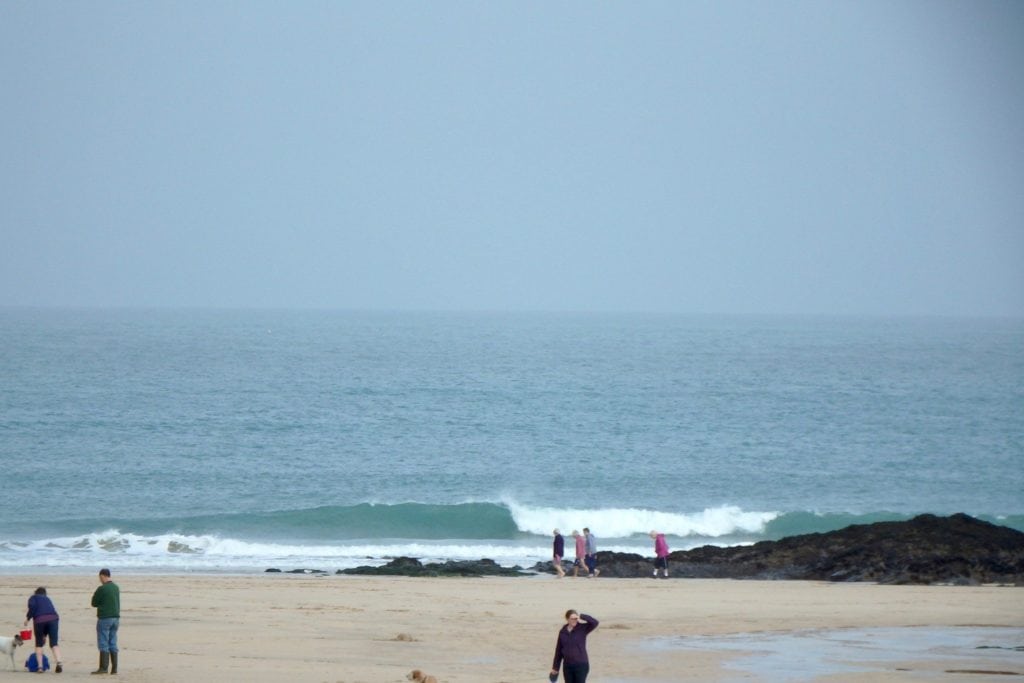 Fresh westerly winds are going to frustrate the bigger swell today.
We should be seeing a four to five foot, rolling swell washing all along the coast today but the wind si likely to be blowing fresh onshore at most of the breaks. even Harlyn might be a little too cross shore to be called ‘good’ but it could still be fun, especially early in the morning or alter in the evening when the wind should be lighter.

Onshore, south westerly, veering westerly winds are expected to blow us well into this week, not super strong or anything, just a steady onshore, pushing a rhythmic four feet or so of swell our way.
And so Harlyn is going to be the surf break of choice this week locally, the wind being mainly offshore there, while three feet or so of that swell should manage to make it around the headland for most of the time.
Yep, it’s looking like a fairly typical early autumn week of mainly windswept swells swinging into Harlyn to be smoothed out by that same wind that is making a mess of the rest of the surf breaks. And with those lovely, warm sea temperatures then it is looking good for a week of fun surf.
Have a great week, wherever you are and whatever you’re doing!