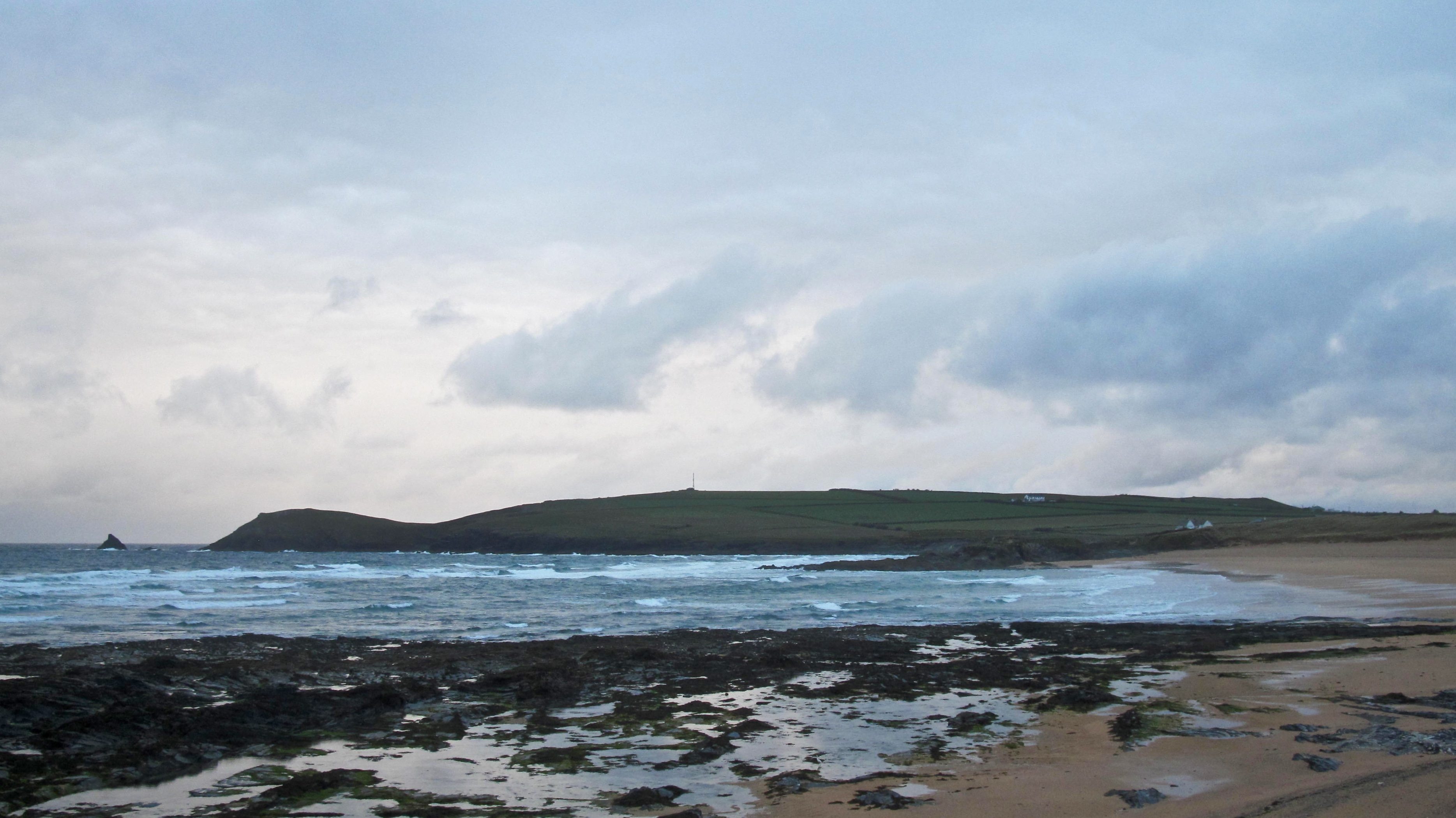 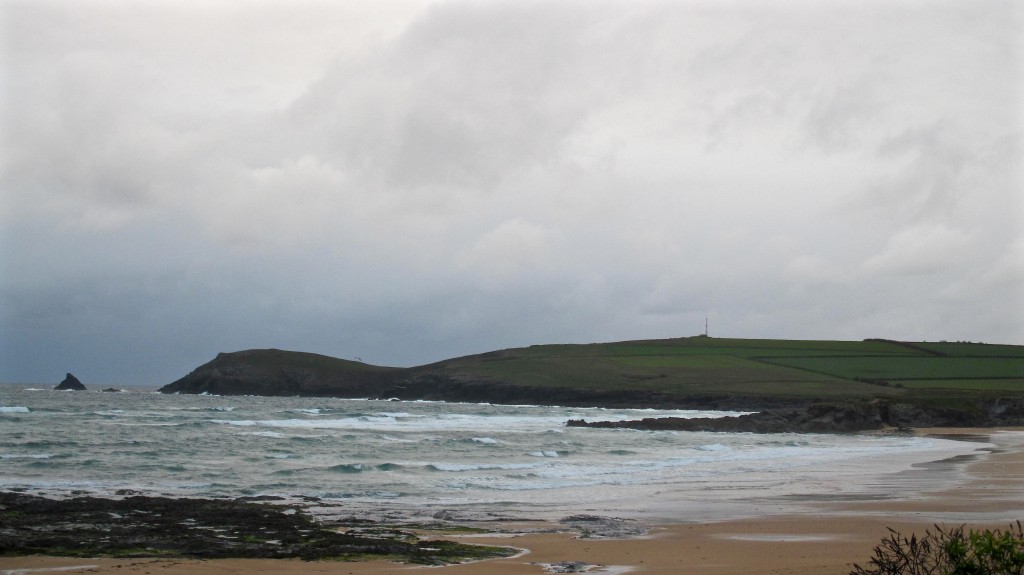 It’s a wet and chilly one this morning with a brisk westerly wind pushing in from the Atlantic and dumping plenty of dark and damp weather onto us.
And so the surf is all a bit yuk, a couple of feet of mixed up and choppy stuff just about visible in the murk of these squalls.
No, there are better things to do today other than wait for something magical to happen with the surf. The weather is likely to brighten up soon enough, probably within an hour or two (it does have that look about it!) but it is probably going to be a good day or two before we see some more decent surf. 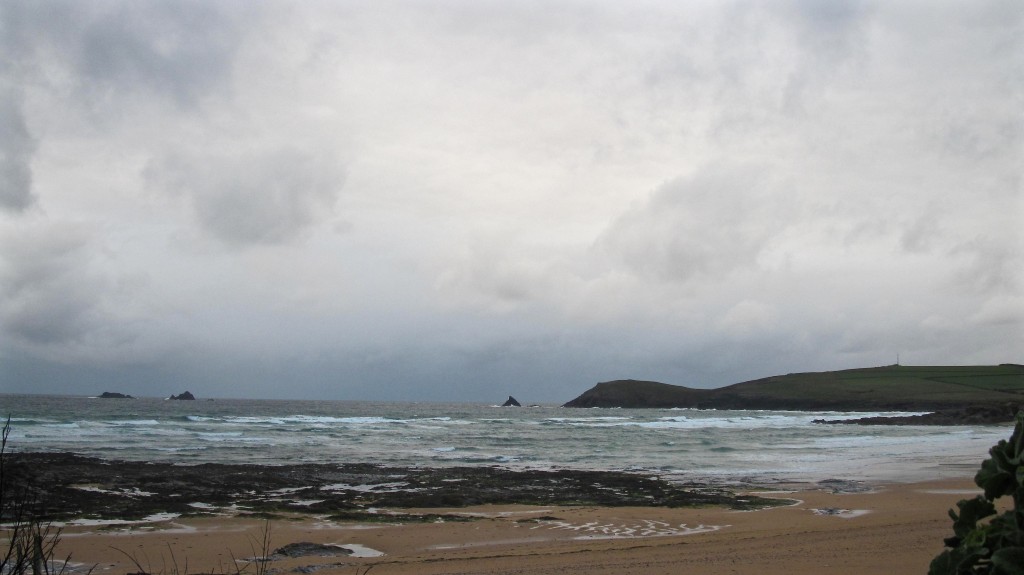 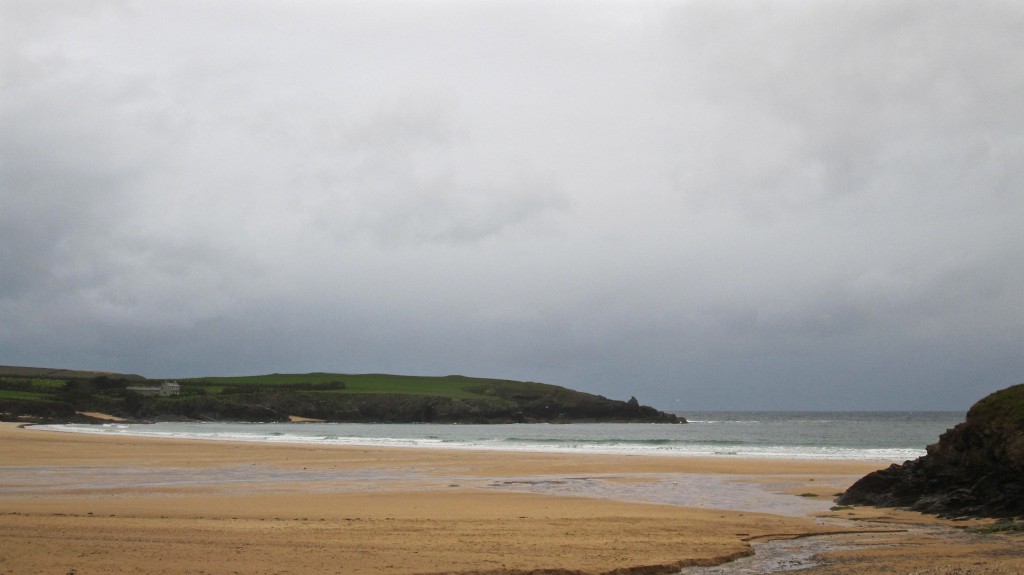 There’s not much happening around here today either, a foot or so of weak and wishy washy, chopped up surf washing along the beach.
The rain clouds are hovering and the wind is gusting and it’s a chill and damp wind that is not even helping those waves. 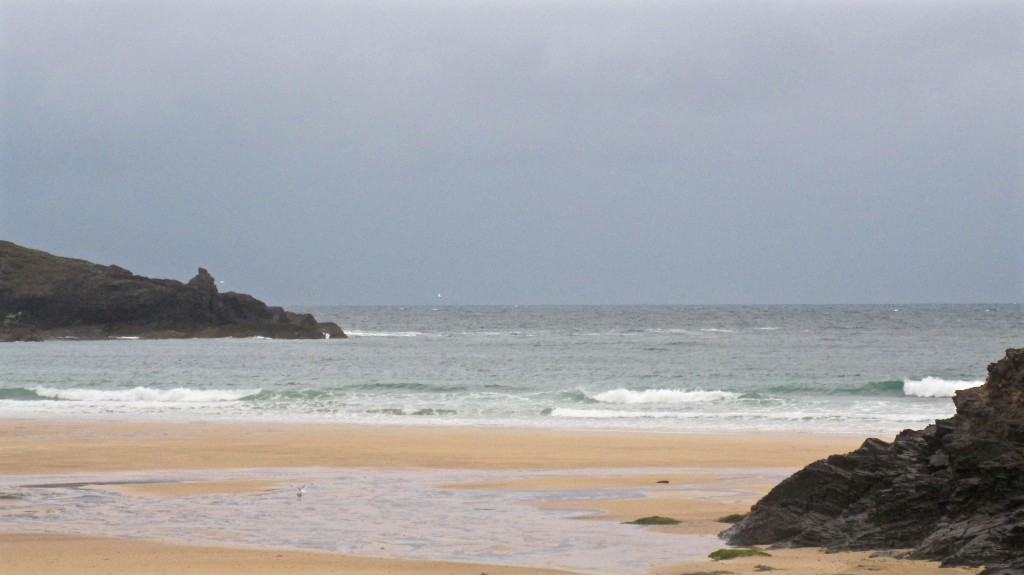 The surf is not looking that great for today either.
The swell remains small, a couple of feet of weak and short wave-period stuff just washing around aimlessly.
But the weather should at least have cheered up with bright skies balancing out that cold north westerly wind.
The best that we can hope for is a choppy foot or two of really weak surf in those little corners that sometimes show a little wave.

A week of more typical April conditions lies ahead, the wind starting off the week steadily blowing in from the north west, cold and making a mess of the small and already quite weak swell, the sky bright enough for most of the time but with those April showers never too far away.
Barely a foot or so of choppy and jaggedy, weak surf is going to start off the week, getting just a little bigger but staying mainly junky into the middle part of the week.
It’s not looking that great for most of this week with little surf and cold, onshore winds for most of the time!
At least we will have time to repair and ready boards and body after the last few weeks of all that wonderful surf!
And it is starting to look a little more promising for some small but clean surf at the end of the week!
Have a great week, wherever you are and whatever you’re doing!