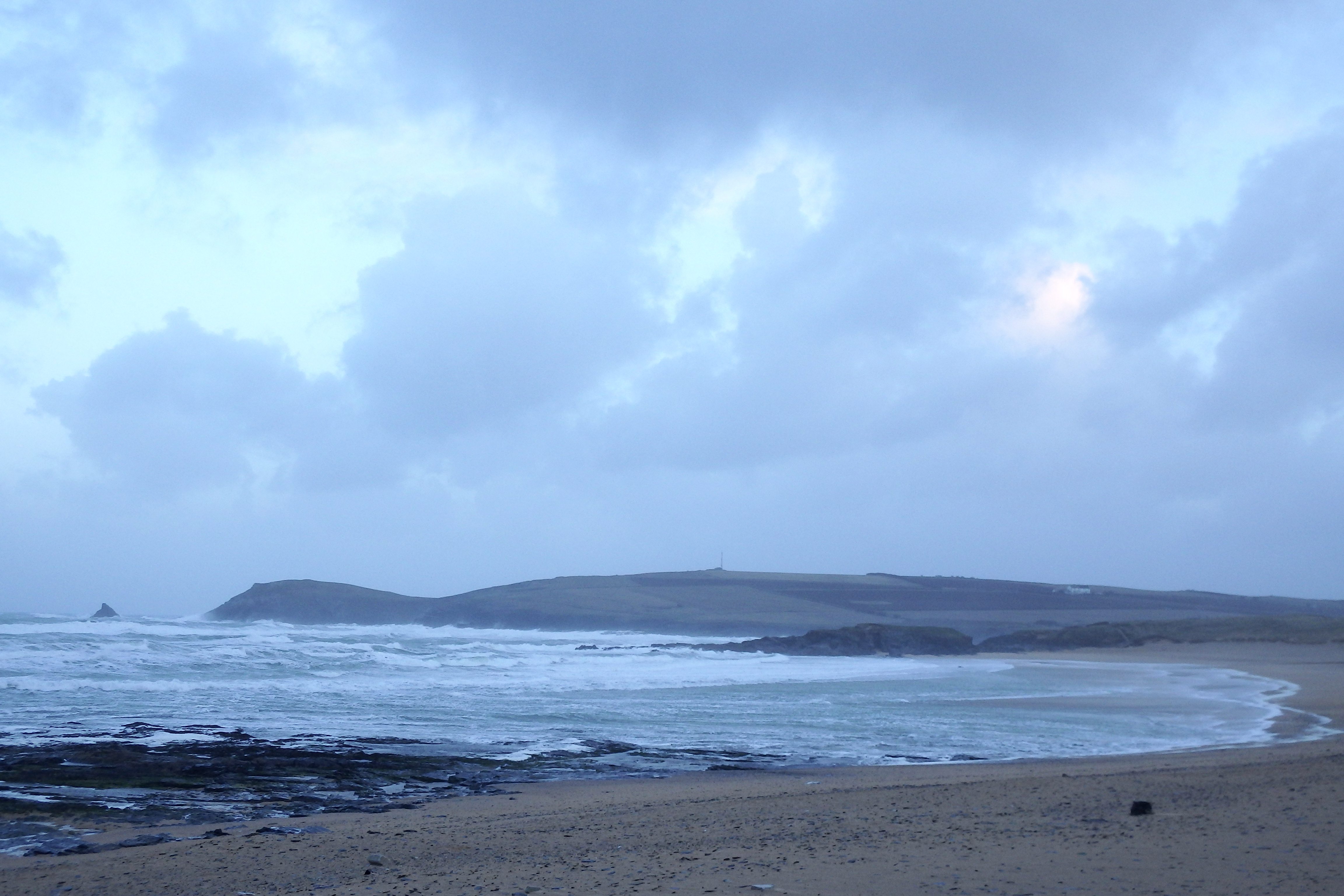 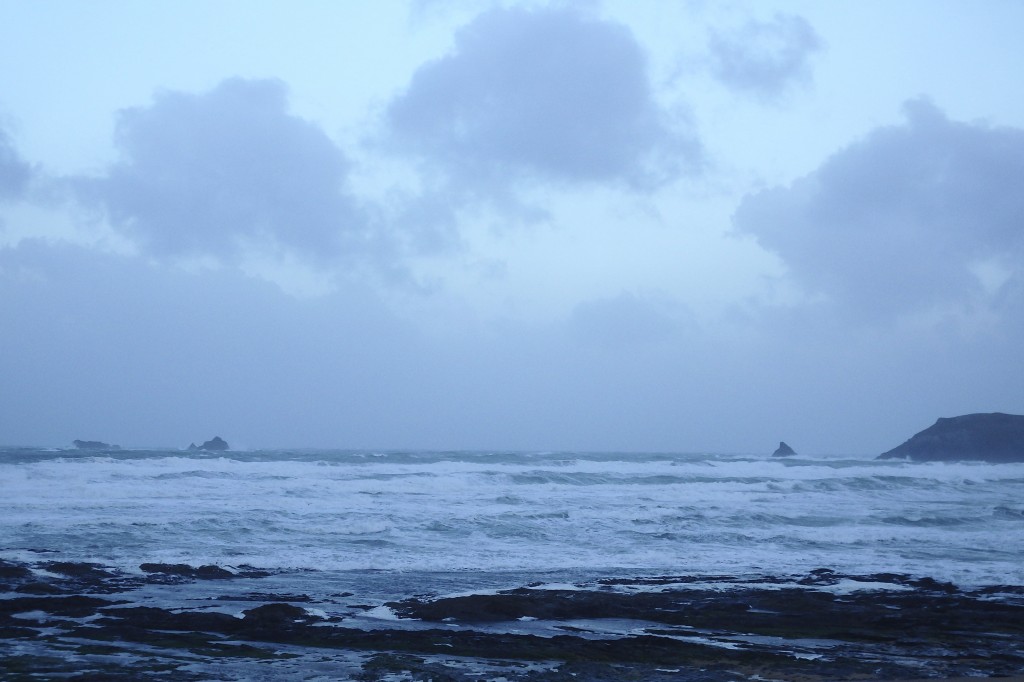 ‘And hard the wind blows m’dear, hard the wind blows…!’
Yep, it’s a bit of a stormy one this morning but the sky is looking for some brightness and the sea is all excited and frothing with that deep blue violence of a winter blow.
There’s probably eight or ten feet of mad and wild surf flinging itself into the bay but you wouldn’t want to go near it, the temperature has dropped, you can barely stand in the wind and it’s just very uncomfortable to be there.
But exciting too! 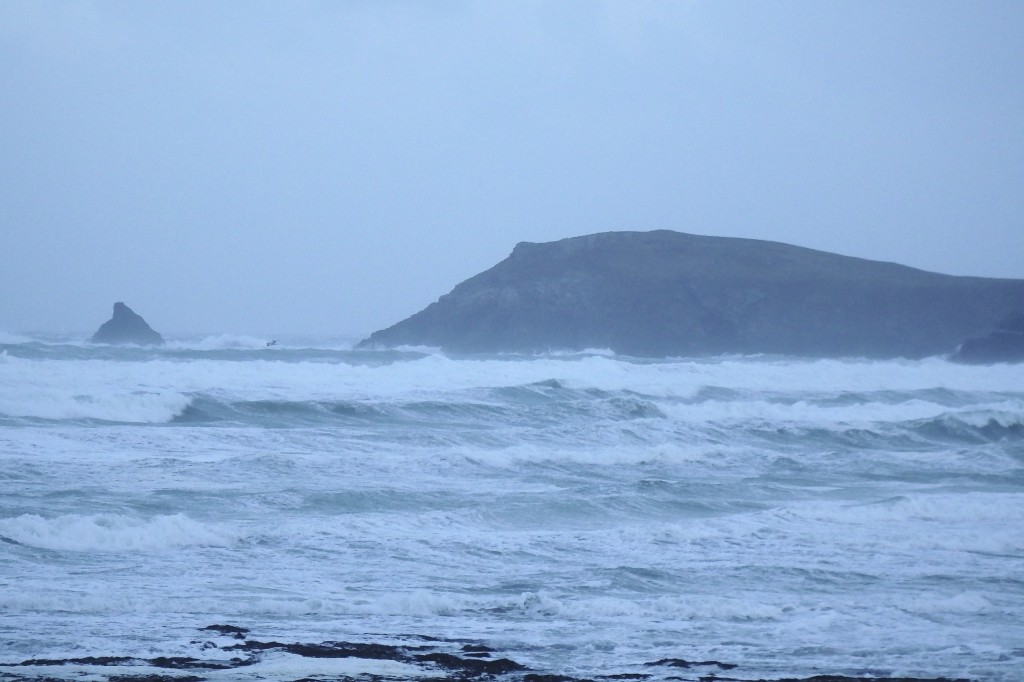 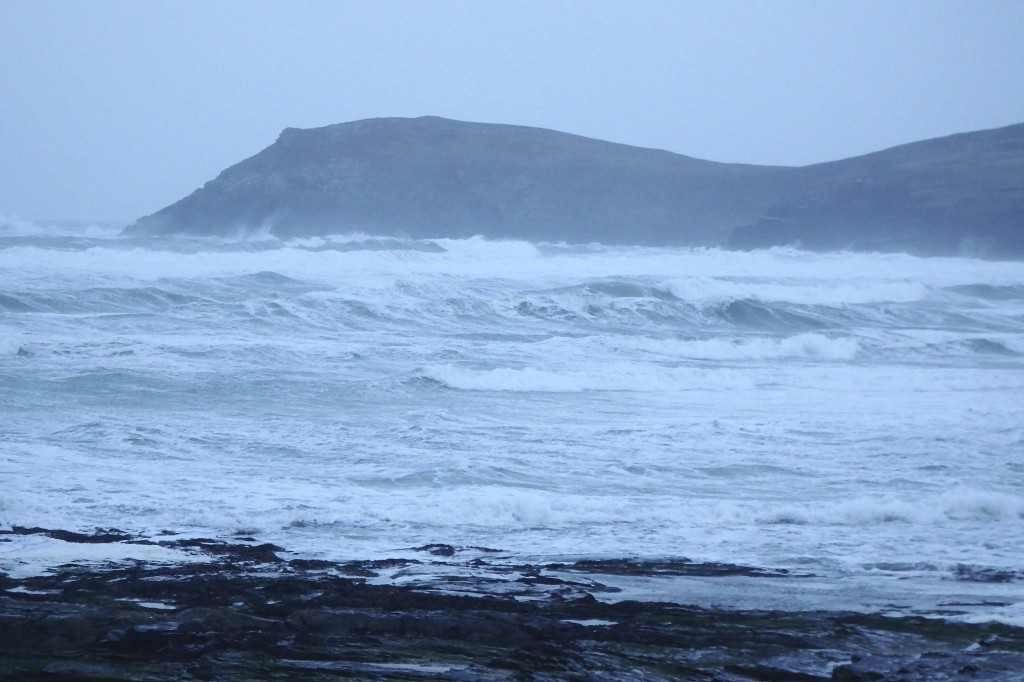 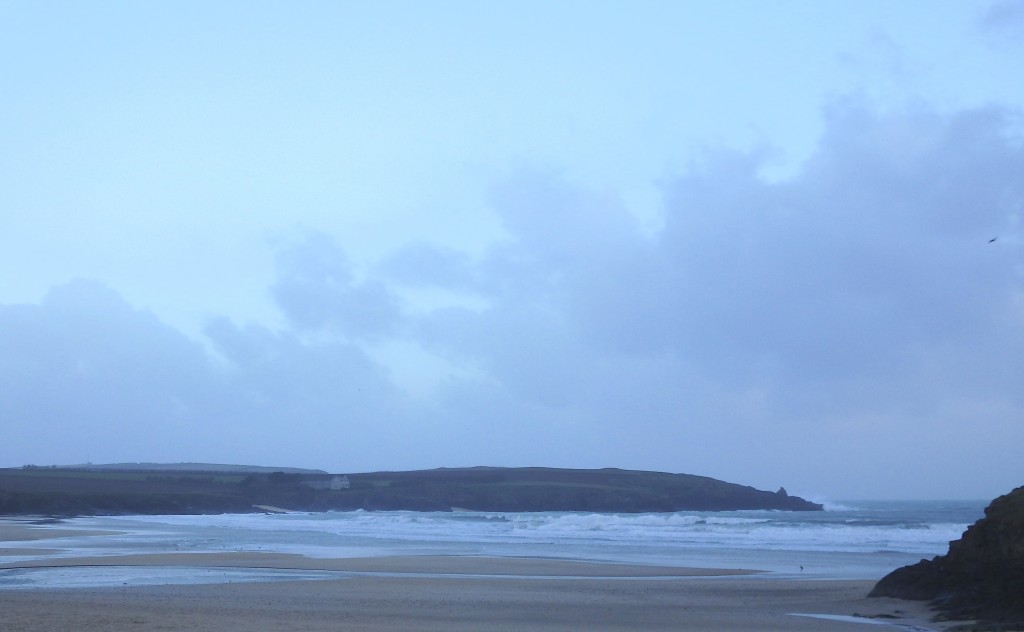 The surf is wild and blown out here too, the sand blasting across the bay, stinging in its ferocity.
There’s a whole heap of surf tumbling around out there but it’s nothing more than chaotic madness.
South coast anyone? 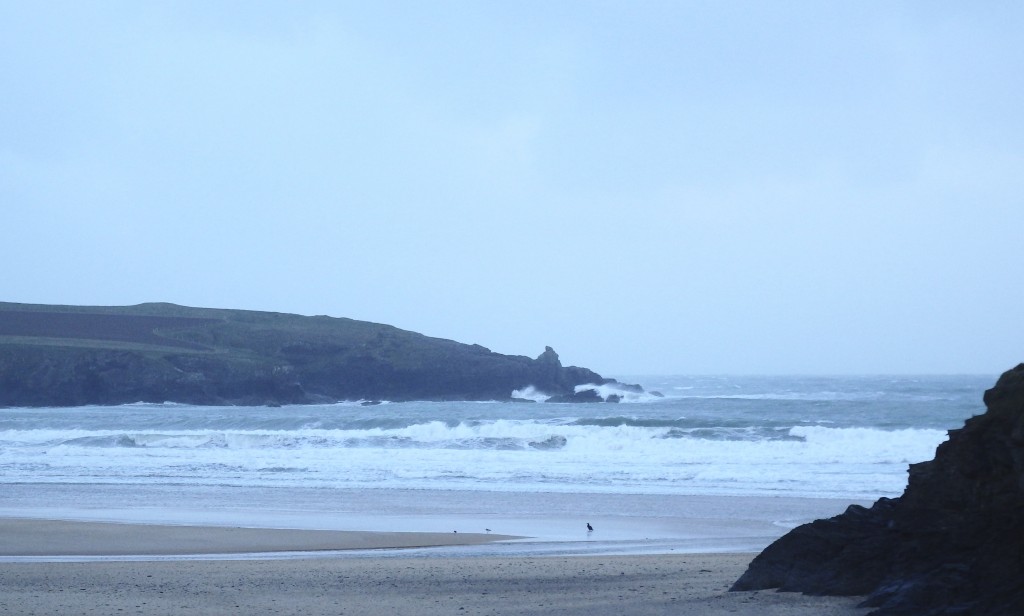 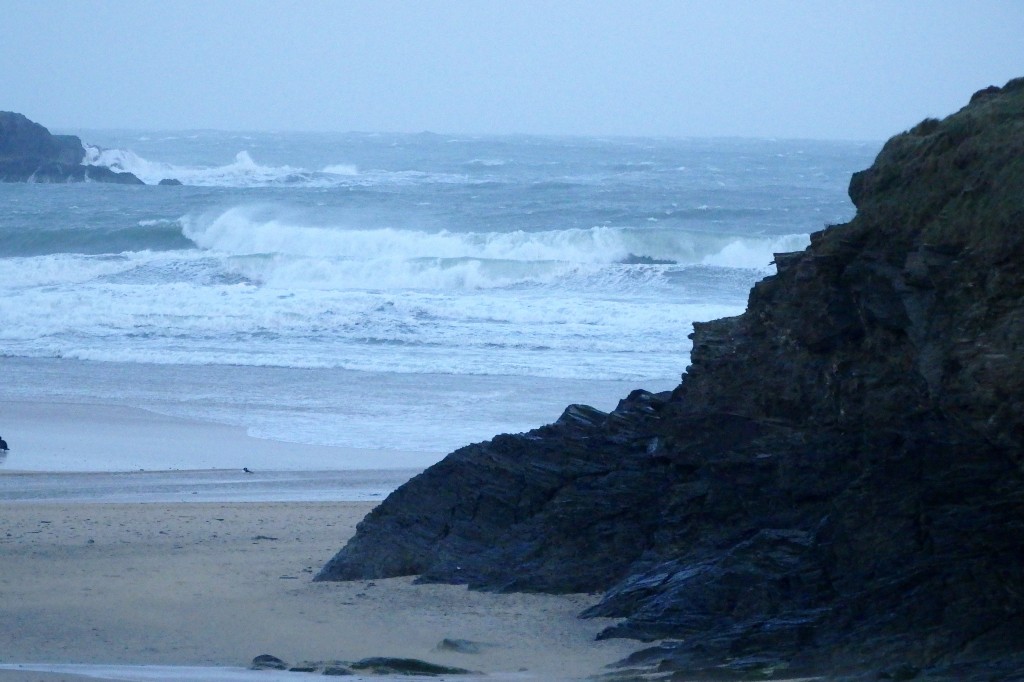 It could just be a day of two halves today with north westerly winds continuing to blow through the morning, maybe but just maybe, switching to south westerly by the afternoon.
In which case Harlyn could just shine!
In the meantime though, big and stormy swells will only gradually ease as the wind slowly calms itself. A five to eight foot swell is likely to continue to batter the coastline, easing a little through midday before rebuilding into the evening.
So we might just enjoy some solid, offshore four to five feet low tide Harlyn close-out barrels just before dark – if you’re keen enough!

Onshore winds will be returning to start this week, a fresh south westerly strengthening into a sandblasting westerly before hitting some violent north westerly storms for midweek.
And the size of the surf will increase with the wind this week as well, starting out real small but super clean, quickly increasing in size as those gale force winds start to blow for midweek.
Those strong winds are likely to be blasting in from the north west, ruining any chance for surf on this coast but offering cleaner conditions over on the far coast maybe.
Yep, March looks like it’s going to start out all stormy, blustery and damp. And chilly too!
Have a great week, wherever you are and whatever you’re doing!