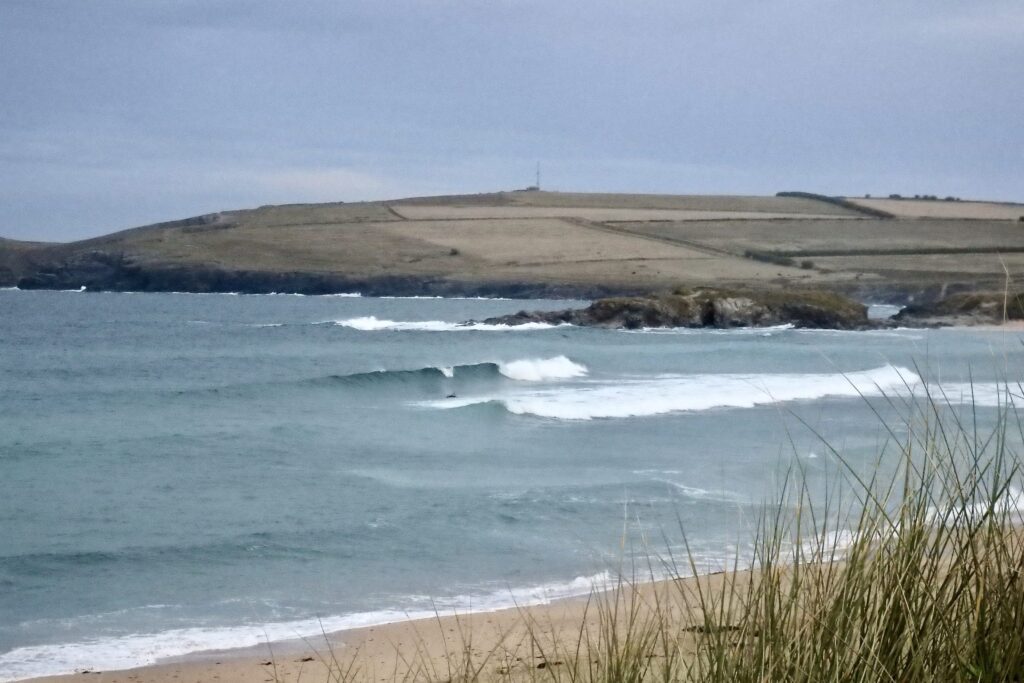 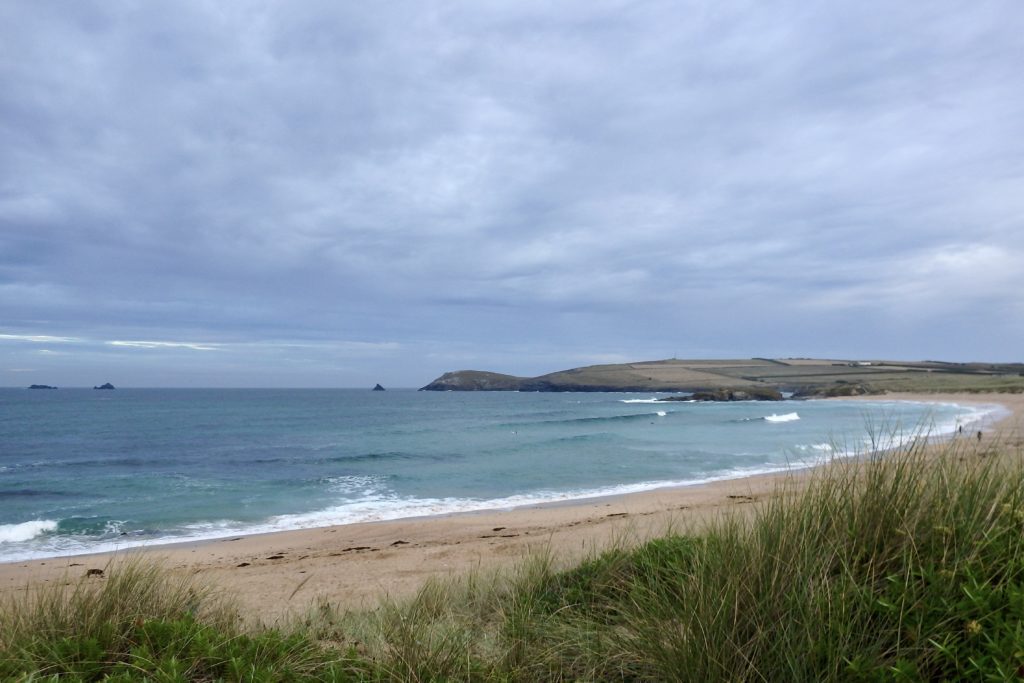 It’s quiet down in the bay this morning, a handful of guys out enjoying a couple to three feet of high tide fattened and lazy peaked surf as it bundles itself onto the shore break.
The sky is bright enough, the breeze light and from the south and the water temperature warm enough for board shorts, apparently. 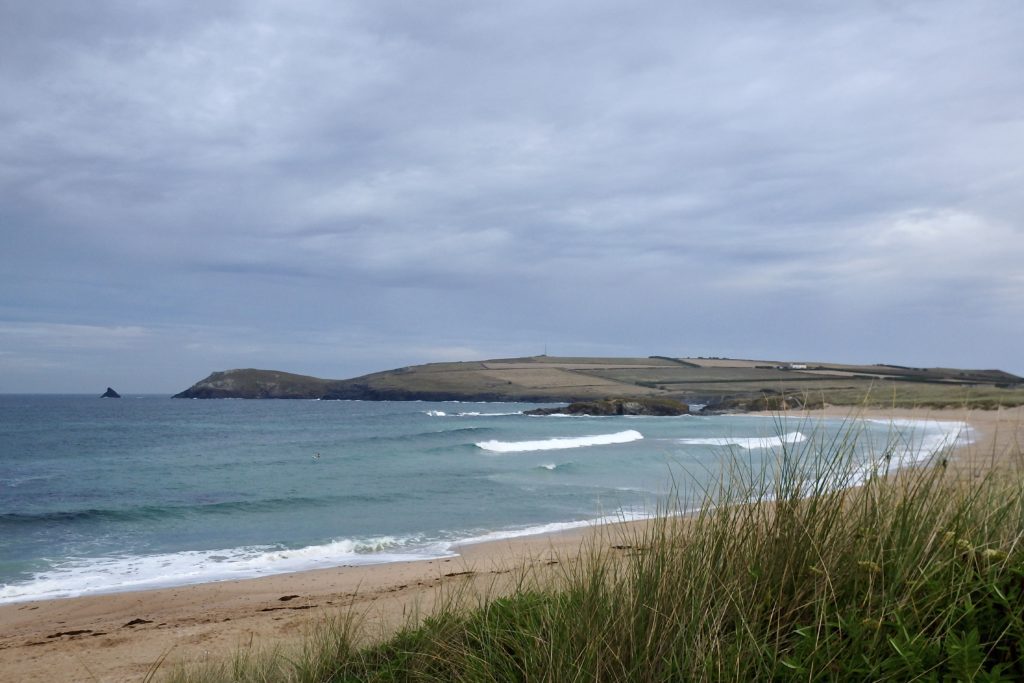 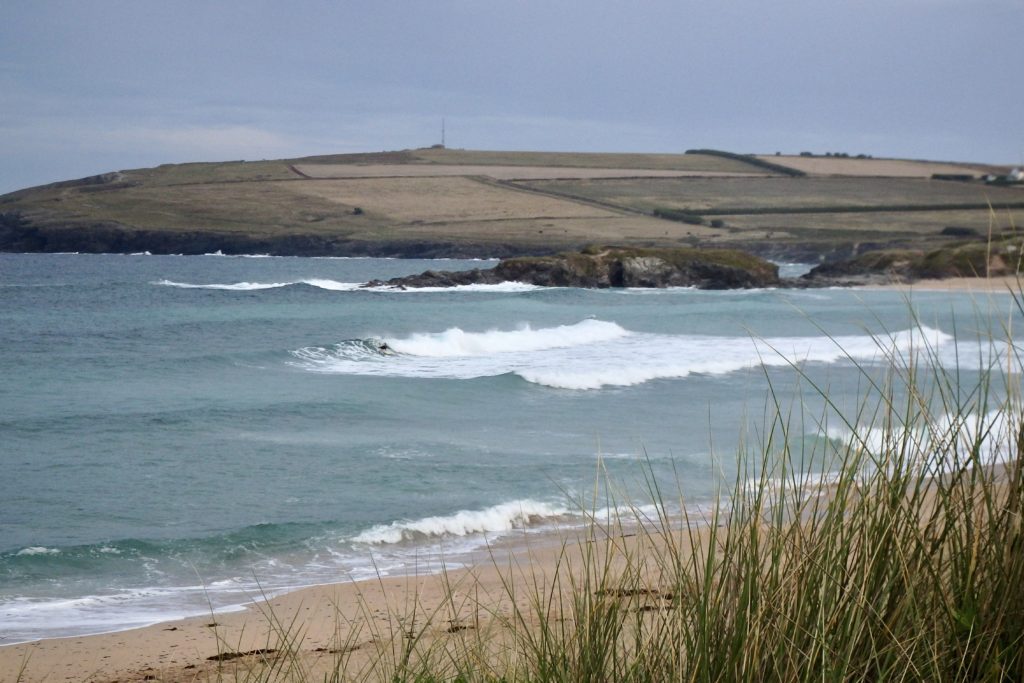 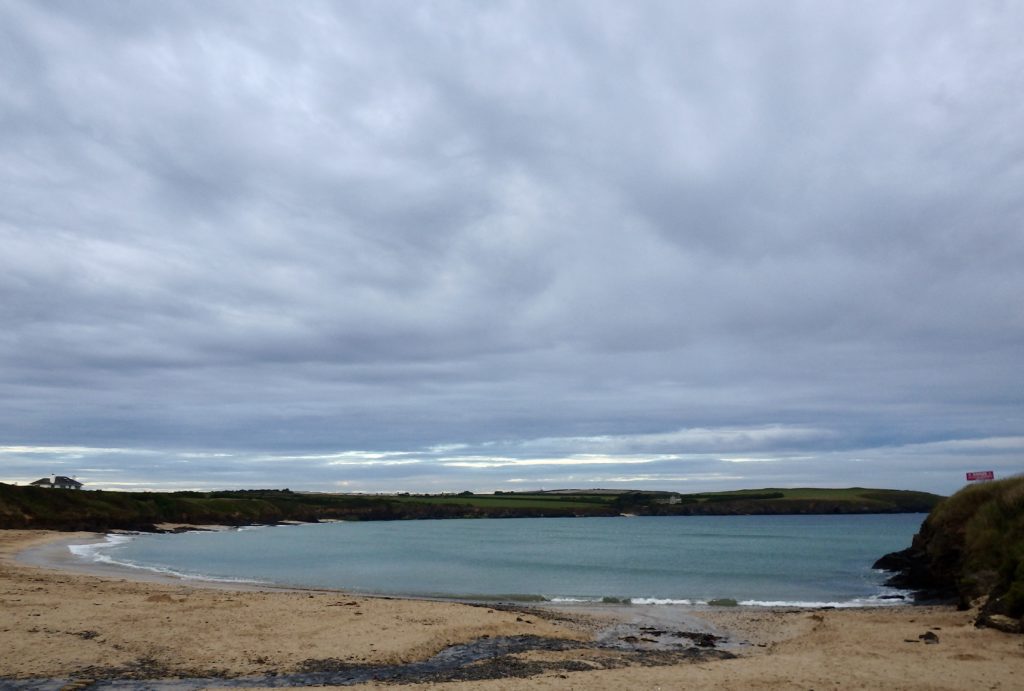 The tiny surf that is managing to swing all the way around and into Harlyn isn’t quite able to break in the high tide depths.
But it is a magnificent place to swim for the earlybirds and warm enough too!
Make the most of these calm conditions though we should see some surf starting to roll in here by this afternoon, still shaped clean by the south westerly wind but getting more lively as we go along. 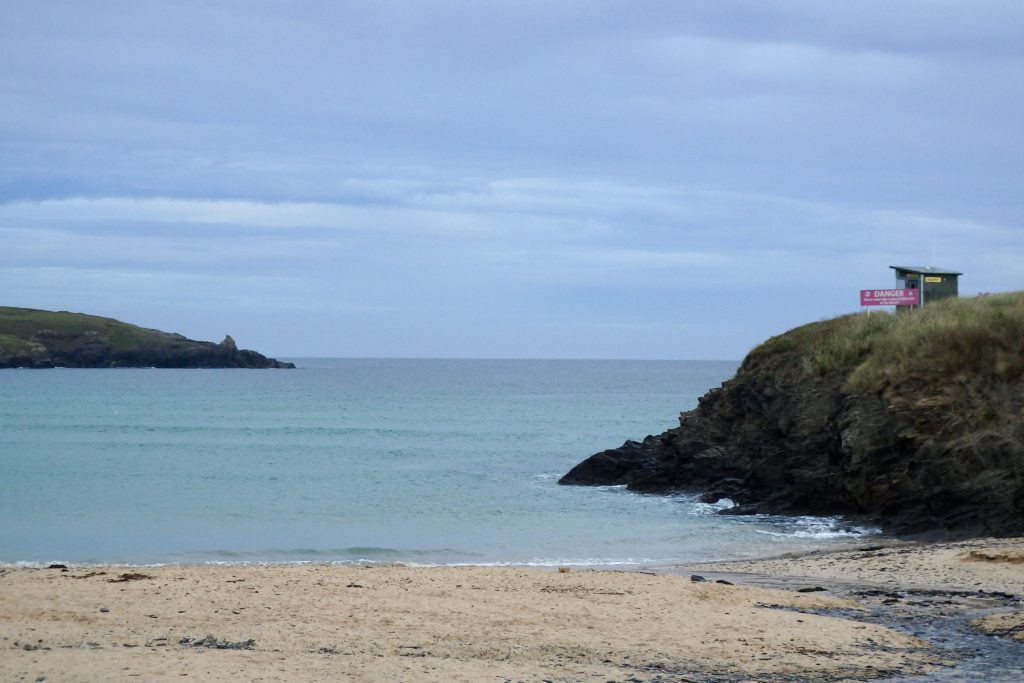 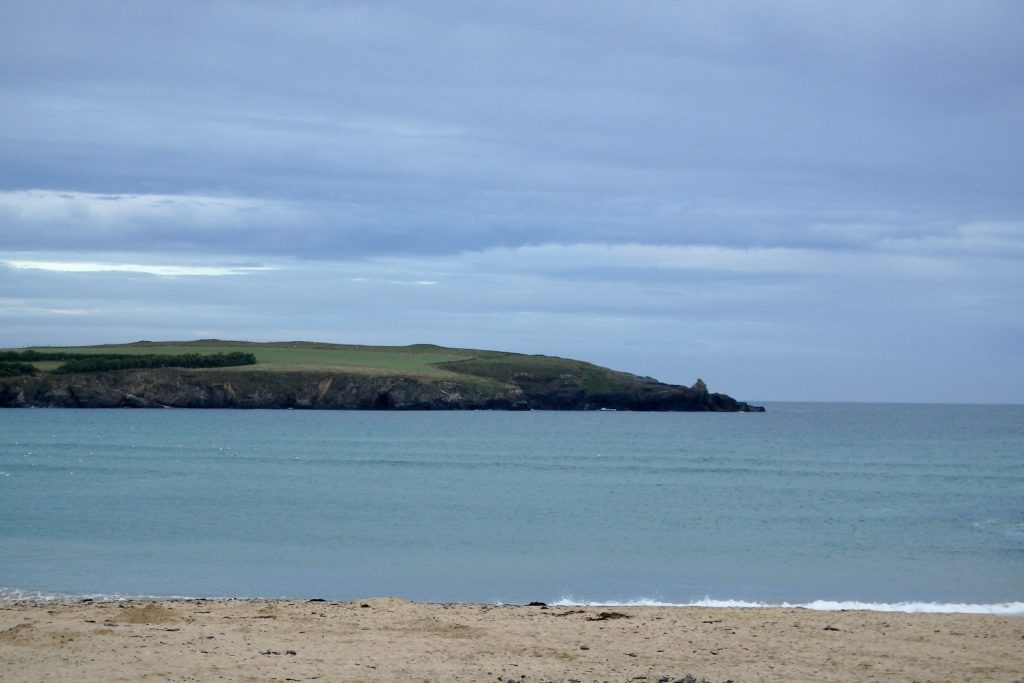 South westerly winds will be pushing along a half decent four foot swell today, managing to get a couple of feet of offshore shaped surf around to Harlyn for most of the day too, maybe building more through the evening.

The mainstream media seem to have not quite got it right (again?) as a very quiet and obviously weird season slams to an end.
The tales of Cornwall being ‘full to capacity’ or ‘closed for business’ while we all quaked and shook with fear of a mass invasion of virally infected tourists were (surprise, surprise!) – wrong.
And, while the Daily Bleuurghs are now saying that we are in for a super extended season, a winter of sun seeking holidaymakers to make up for the three months of closure followed by a very patchy few weeks of trading, well I dunno but something tells me that that might not be accurate either.
It’s unlikely that anyone is busily packing their suncream and bikini for a lounge in the Cornish sunshine this winter!
But then again, we live in hope…..
Anyway, back in the real world, we happy little surf riding people can look forward to a mixed up week of varying conditions.
Calm and settled, bright and still conditions will kick the week off with tiny conditions seeing a chilly Bank Holiday Weekend come to a close.
The swell is likely to slowly build with light offshore breezes and some bright sunshine adding to the attractiveness of Tuesday’s small but super fun and clean surf.
The wind will start to ease back to a more south westerly direction as we go through midweek and that will give the surf an extra push too, adding to the four to six foot swell that is expected by the end of the week.
So those calm and peaceful, summer surf vibe filled days at the beginning of the week will quickly be replaced by a taste of autumn with Harlyn conditions kicking in for the end of the week.
Stay safe, stay happy, stay well and have a great week, wherever you are and whatever you’re doing!