Another sodden morning is gloomily blanketing the coastline this morning but with much brighter lumps of sky bumbling around just over there.
The wind seems to have eased back a little too. It is still onshore, a brisk westerly but not the gnawing and biting blow of yesterday.
And so the surf is still a wind-ruined mess of mixed up and churned, aimless waves. It’s probably six feet plus in size but that is irrelevant, there’s no way you would want to be paddling out in that stuff today!
Let’s wander over to Harlyn…… 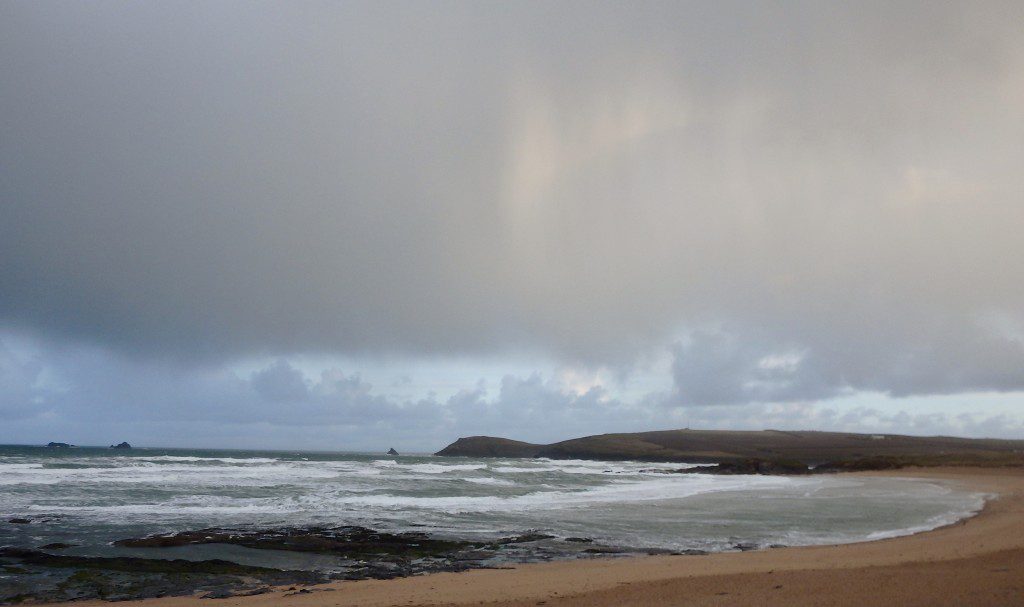 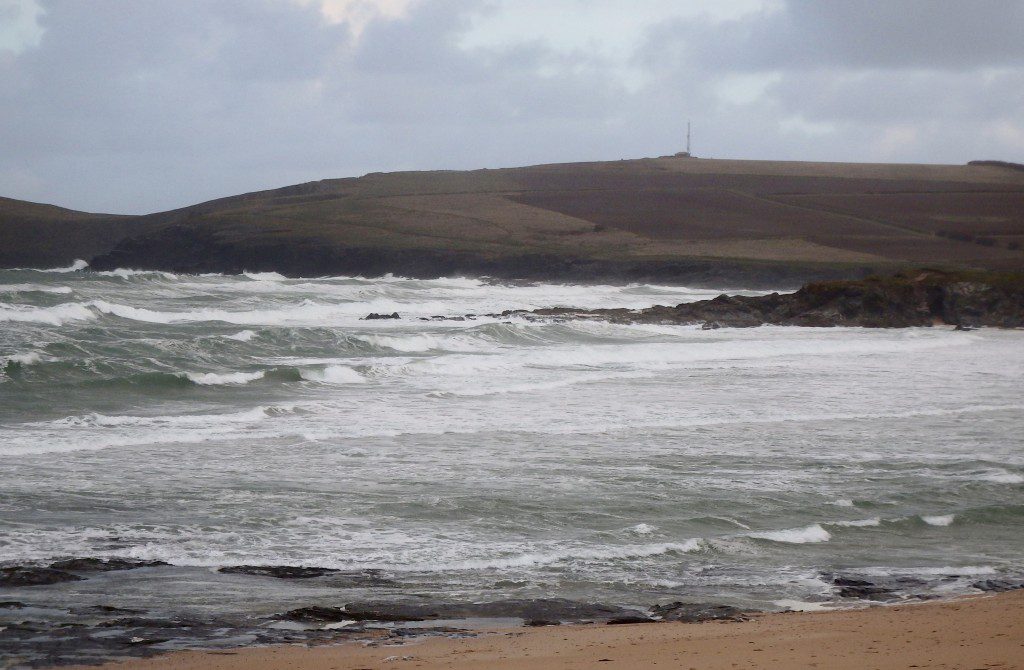 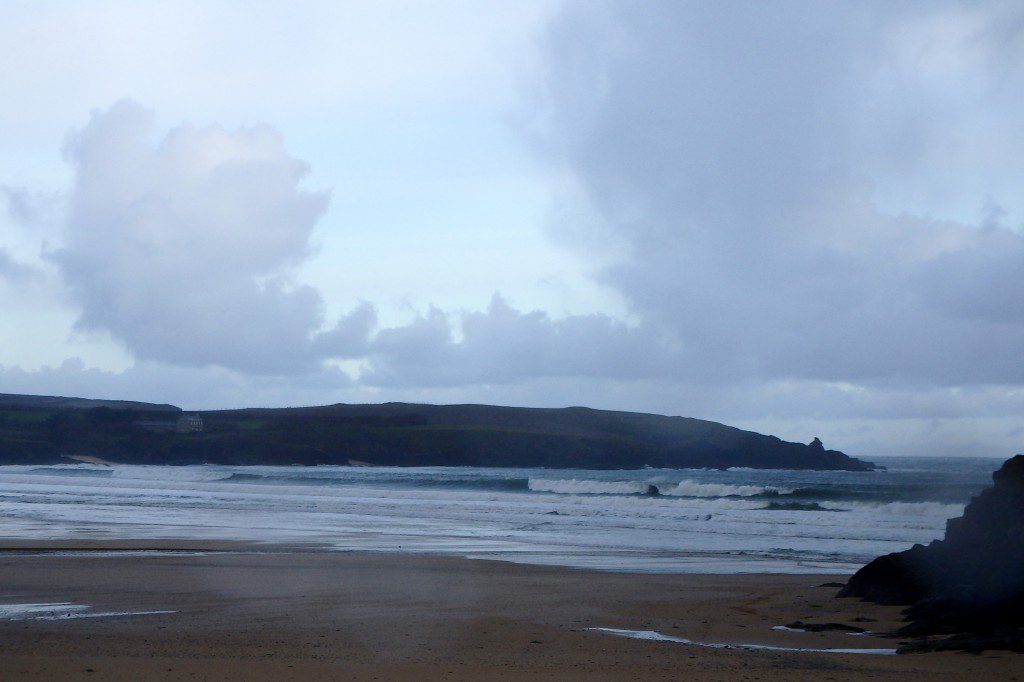 It’s a desolate place to be right now as a squall squirts stinging rain across the bay, those thick and wintery waves all dark and forbidding looking.
And that is the attraction!
Four feet plus walls of thick and heavy looking waves are pushing their way ashore, the wind hard and from the side, taking away any prettiness while adding a bump and a ruffle to those hard breaking and hollow, sand-shaking waves.
Brighter skies should be covering us soon enough and the wind is forecast to ease in strength as we go through the morning, so it is likely to be an entirely different place in an hour or two with some chunky four foot surf to go play in.
Make the most of it though, that wind is likely to veer to the north west quite quickly too and that will ruin the surf! Cheerful, bright skies should make up for the wind having switched to the north west, coldly blowing onshore at all of our local surf spots.
Those four foot swells are going to be tossed and turned as they are blown ashore, our only hope being that the wind strength stays light, at least allowing the surf to be sloppy rather than choppy.
Or the south coast might have some appeal?

Storm Kate blew through over Easter Sunday night, causing some bother on the South Coast for Easter Monday morning and leaving a gusting west nor’ wester to mess up the surf here through Monday morning.
The surf though hasn’t been that big. Big enough and messy enough to be a little dangerous to the unfamiliar but just thick and lumpy and bouncy for a lot of the regulars.
Apart from those Harlyn barrels of Sunday and Toby (Donachie) seemed to be dialled into those hollow caverns all day long.
So, as we stumble through Easter Week, those windy and damp and unsettled conditions continue.
By midweek the wind is likely to have reverted back to that annoying north west direction, cold as well as surf destroying on this coast but shape forming for the south coast – if enough swell can get around there.
Wednesday’s thick and a little windswept surf might just benefit from the easing wind strength, even while that wind drifts more to the north west, onshore everywhere on this coast.
And then the back half of the week is starting to look a bit more settled, with some maybe excellent conditions starting to show themselves for the weekend, maybe!
So, there should be plenty of surf this week again, even if it is looking like a continuation of more wintery conditions!
Keep the neoprene on, it’s still a bit chilly out there!
Have a great week, wherever you are and whatever you’re doing!