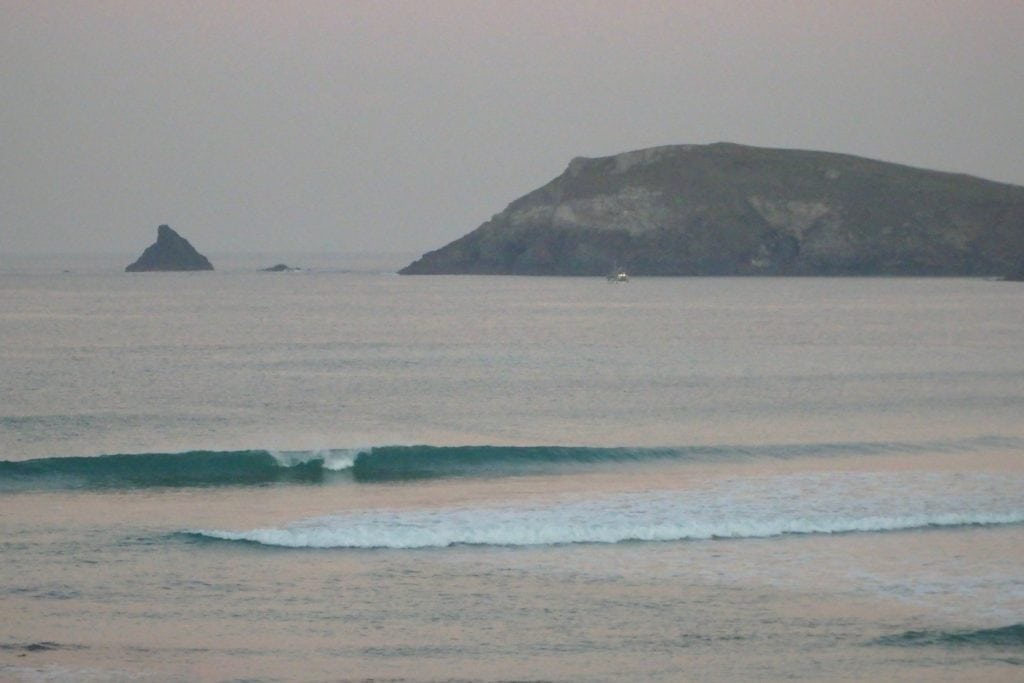 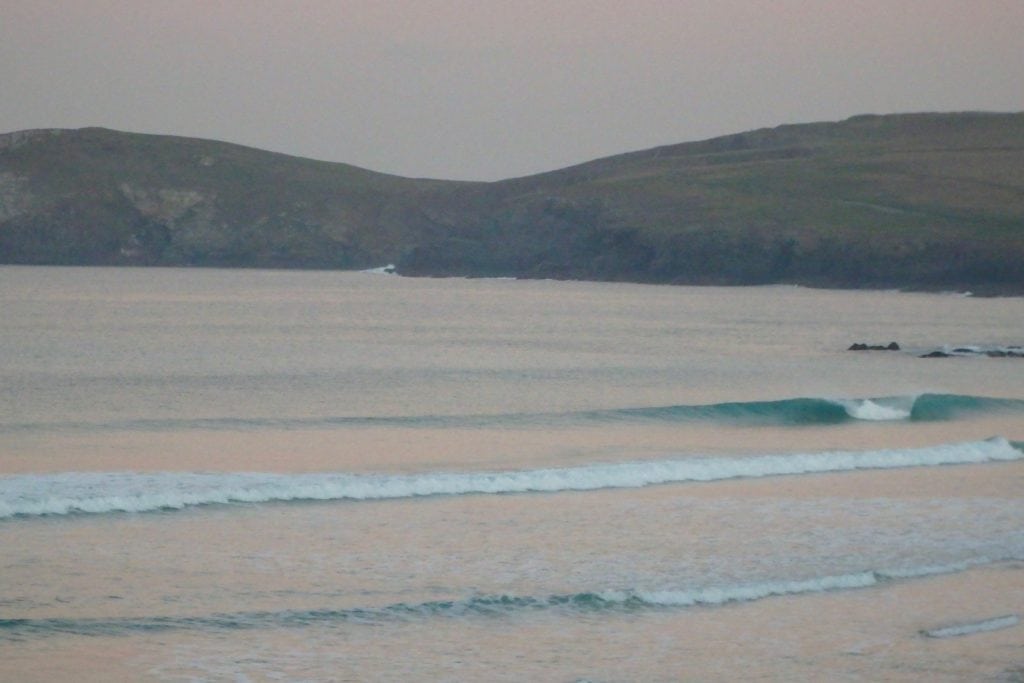 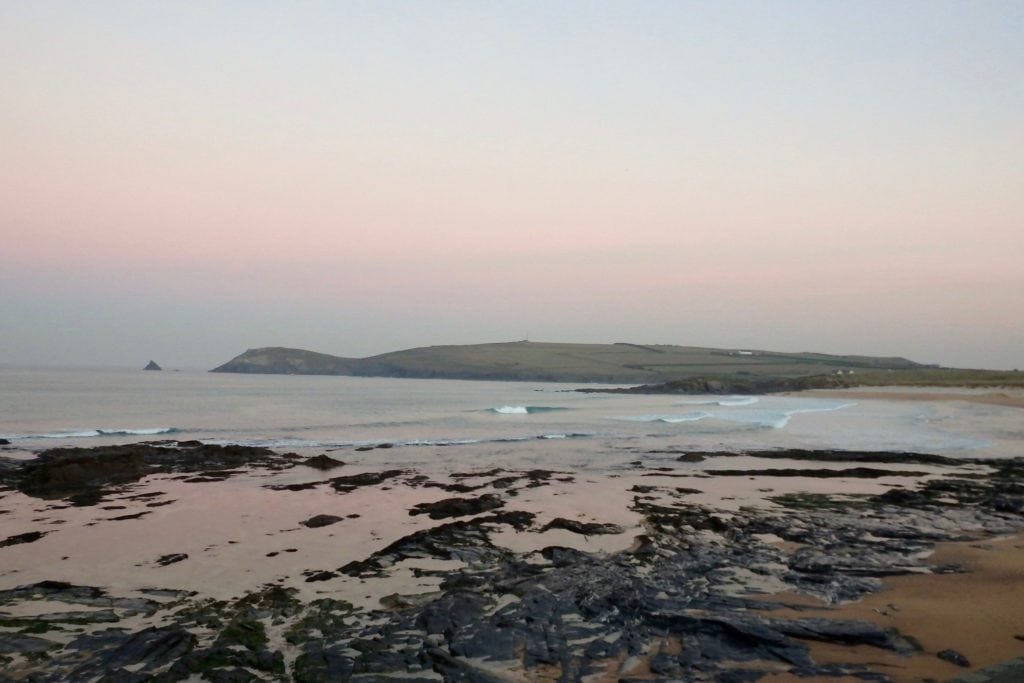 Another spectacular morning is cheering up the entire coastline this morning as a golden sunburst of a dawn sun leaps over the far horizon, casting frozen shadows of crisp and sharp frost between those broad shafts of golden warmth.
The swell has dropped again but the breeze is still mild and still offshore, holding those little glass walled waves tall and steep until that last moment when they spill and peel their way to shore. A foot or two of shimmering but tiny perfection is peeling and pitching and reeling across the sand.
And that must be why God invented longboards!? 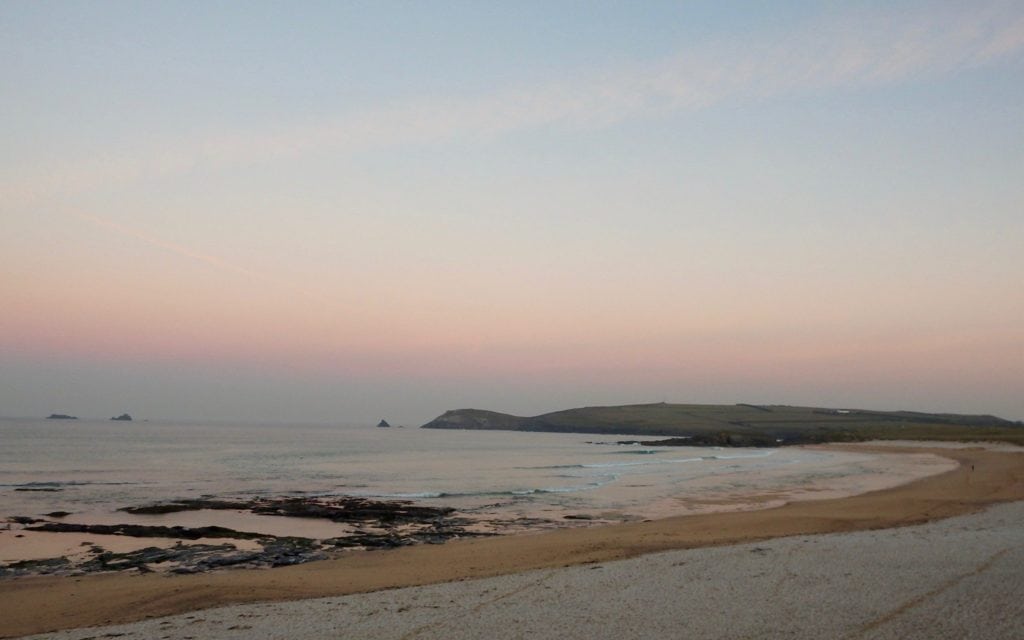 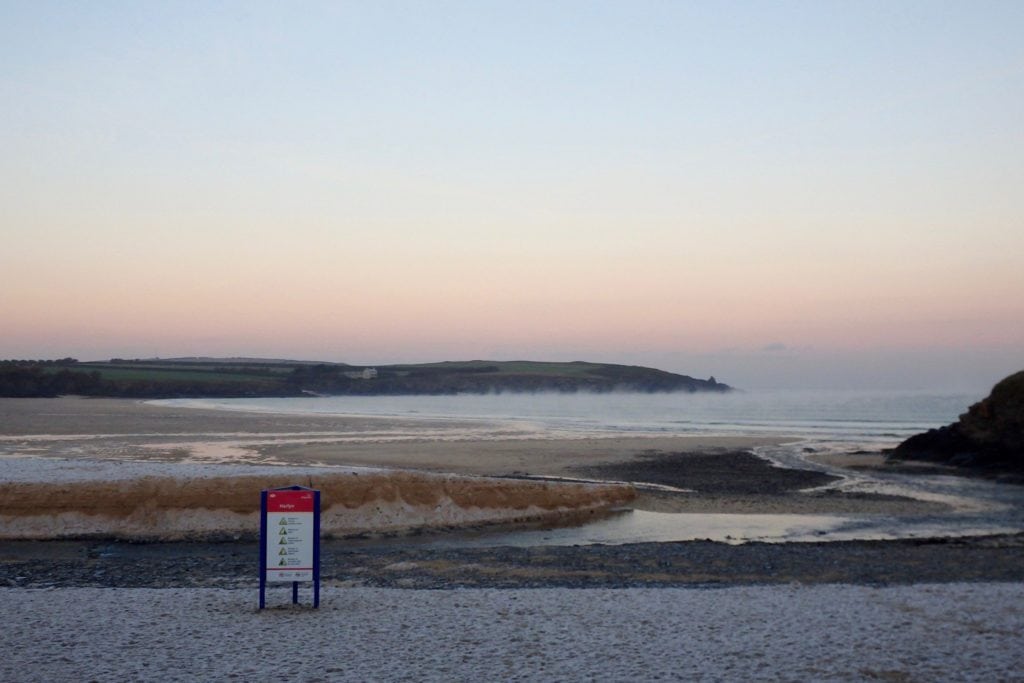 A dense marine layer of thermal precipitation is translating itself into a misty masterpiece in the bay this morning making for one of those ‘aaah’ moments!
But there’s no surf.
The tiny ripples that are washing the sand are much cleaner than they have been, so I guess that the breeze has twitched back a few degrees to the south but there’s not enough wave to even consider trying to ride them. It’s the other side again today and it is pretty small over there! 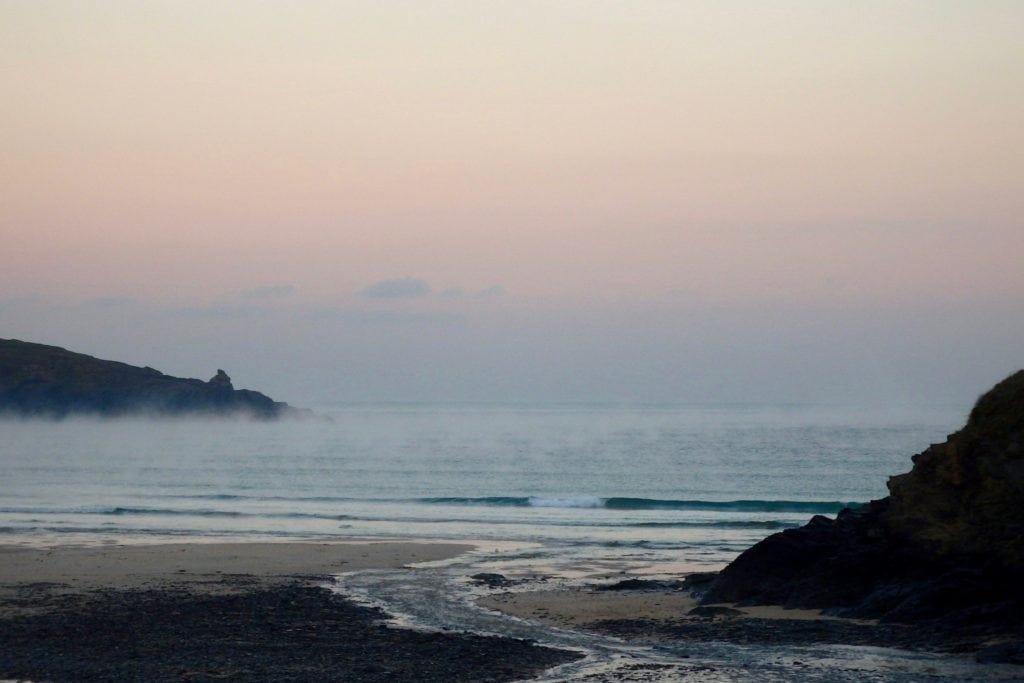 We’ll be lucky to see any rideable surf along this coast today, there’s not much in the way of wave making activity out in the Atlantic just yet.
We might luck into a longboard session at the usual spots at just the right stage of the tide but that’s probably going to be more by luck than judgement too!
Otherwise it is looking to be another calm and peaceful, pleasant early winter’s kind of day!

We are in for a very pleasant week all week long with a steady little swell pushing our way against a gentle offshore breeze.
High pressure is firmly in control of the local weather conditions providing light offshore breezes all along the coast while there should be enough wind blowing way out in the atlantic to generate a little wave action at our favourite local surf breaks.
It is only going to be small for most of the time, that super clean, peeling kind of fun surf, more in the waist to shoulder high size range before dropping to more knee high sized stuff for the back half of the week.  But with mainly clear skies and that pale wintery sunshine.
This should be a fun week with plenty of gliding across some clean walls!
Have a great week, wherever you are and whatever you’re doing!