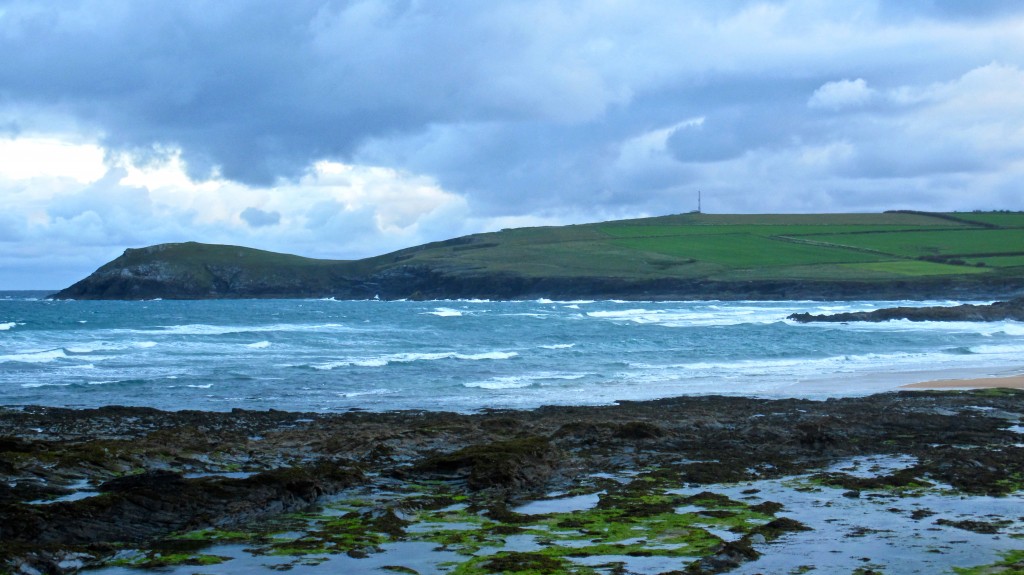 We did have a bit of a downpour overnight by the sound of it but that has been replaced by a gusting (and fairly chilly!) west nor’ wester, blowing hard into the bay and flattening the mixed up and already small, one to two feet at best, surf.
Yep it’s a brooding morning, those thick and mountainous cloud banks threatening, the wind sharp and noisy.
It looks very much like a day to get on with those other things, there’s not much appealing going on with the surf, not here and it’s probably not big enough to fire up the other coast.
Still, it is forecast to brighten up as we go along, although that wind feels like it has settled itself in for the day and I wouldn’t be surprised to see some gale force strength to it through the morning.
I can’t see the surf improving anytime soon either, it’s barely a couple of feet now and with this wind screaming across it, it is unlikely to improve.
Still, it should keep the seascape artists happy, they can paint all those back-to-front waves that they love so much!!

Do you want to see a brand new Brand of surf clothing and styling sunglasses?
Vissla has just arrived in our little surf store, surf clothing as it used to be; a little more styling, a little bit better made, just a little different.
And d’Blanc sunglasses are in too, Italian design and manufactured.
Watch out for the unfolding stories from Creators & Innovators at www.vissla.com 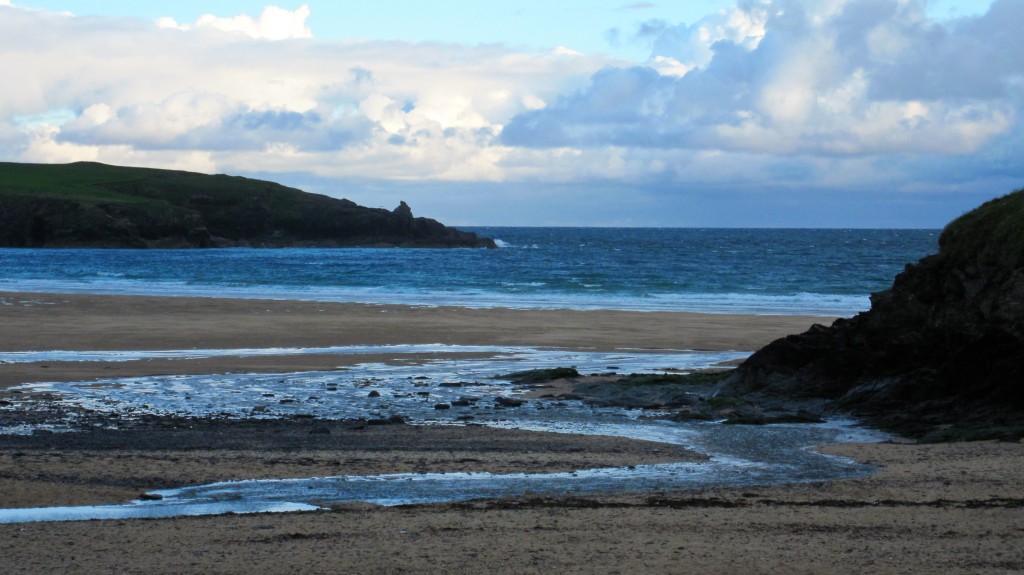 Nah, it’s a bit of a choppy mess around here this morning too, an almost flat, choppy mess!
There’s barely a foot of messed up little waves being flung ashore by that still freshening north westerly that is blowing straight into the bay this morning.
Those tiny waves will increase in size, pushed together by this hard blowing wind but it will just be weak and localised windswell and is unlikely to be bigger than knee-high anyway.
No, there are other things to do today and surfing Harlyn isn’t one of them!

Well at least the wind should have died down by today, died down and changed direction hopefully.
South westerly going southerly light winds should be warming us today, the swell still pretty small, a foot or maybe two, still fairly small wave-period stuff but cleaner and more organised than it has been.
And with a little more brightness above us it might just look more inviting, just a little more appealing.
But still pretty small!

There will be some bigger and more rideable stuff coming through for the start of this week, the wind drifting in onshore while the weather veers from dull and misty and damp and dreary to just about bright enough.
Tuesday saw a half decent three feet or more of fun surf throughout the day with those light westerly winds messing up the shape of the waves a little through the afternoon.
By Wednesday though that north westerly wind will be rattling the windows, blowing straight into all of the Seven Bays, not helping the surf at all. We’ll be lucky to see knee-high and choppy stuff anywhere on this coast on Wednesday!
Thursday should be calmer, a milder and more gentle south westerly going southerly wind lightly blowing in with only small surf but maybe more enticingly shaped.
And it is now looking as though we could be in for a pleasant end of week and weekend!
With half decent weather being rationed throughout the week and plenty of downpours to keep us guessing about what to wear, it does look as though we are in for a generally pleasant enough but occasionally damp and dreary week of fun surf and very mixed but mild enough weather.
Have a great week, wherever you are and whatever you’re doing!