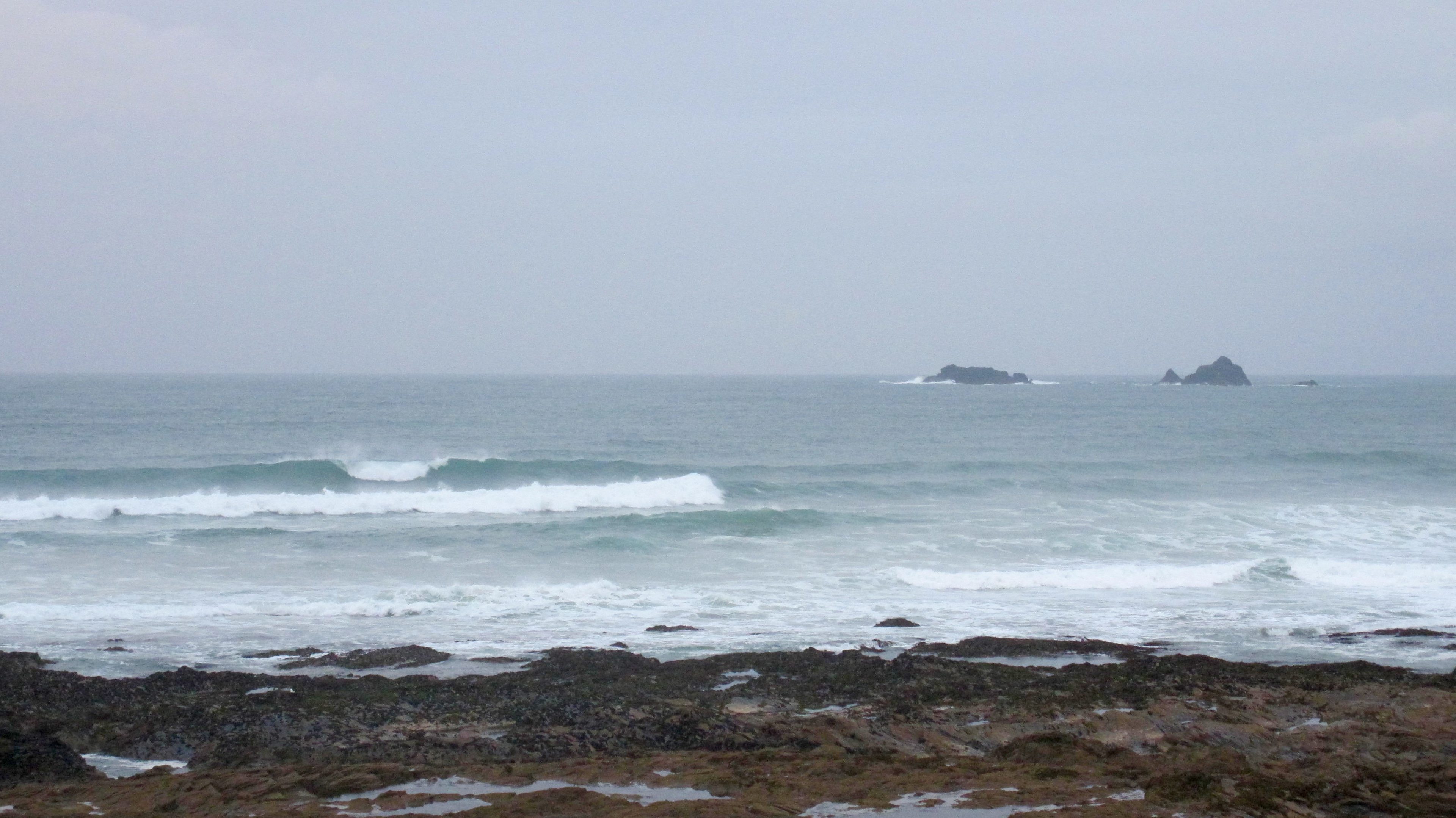 A grey morning is spreading its silver glare along the coast as the chilly, offshore wind helps to shape some reeling waves into something worth riding.
There’s three to five feet of surf pushing into the bay at about half tide, the wind licking straight into those grey and curling waves.
The ingredients are there; a half decent swell, an offshore wind, the tide on the rise but it’s not quite doing it. Not here.  Not yet.
I would imagine that Fistral is on fire, good news for the Boardmasters organisers. That should help them get off to a good start, even if surfing makes up only a tiny part of the festival that rides on its back.
The surf should improve here once the tide rises, as long as that wind stays not too strong and doesn’t swerve too much!
Given all that then we should be in for a very fun day of surfing!
We might even see some brighter weather for an hour or two.
Before the rain. 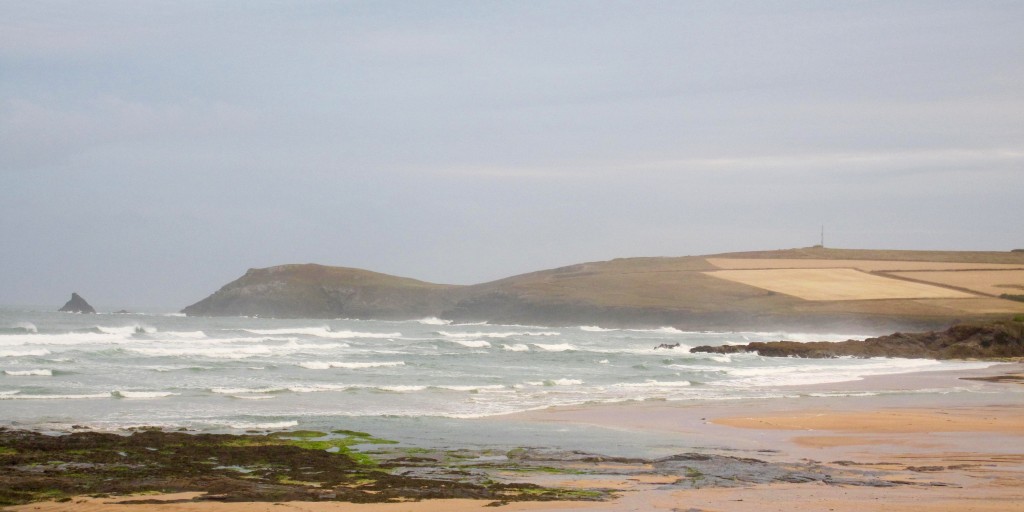 It’s looking good here again this morning. Much smaller than yesterday, as you would expect and a lot smaller than the other side. But the wind is straight offshore, shaping those little two foot waves into something a little hollower and crunchier.
Those snappy little zippers are looking hollow at the stage of tide that it’s at right now and with the wind forecast to stay the same and this swell only slowly dissipating, it should stay fun all the way through this morning.
As always, nine out of ten of those waves will close out but those one per cent of peelers should make the other shutdowns more worthwhile! 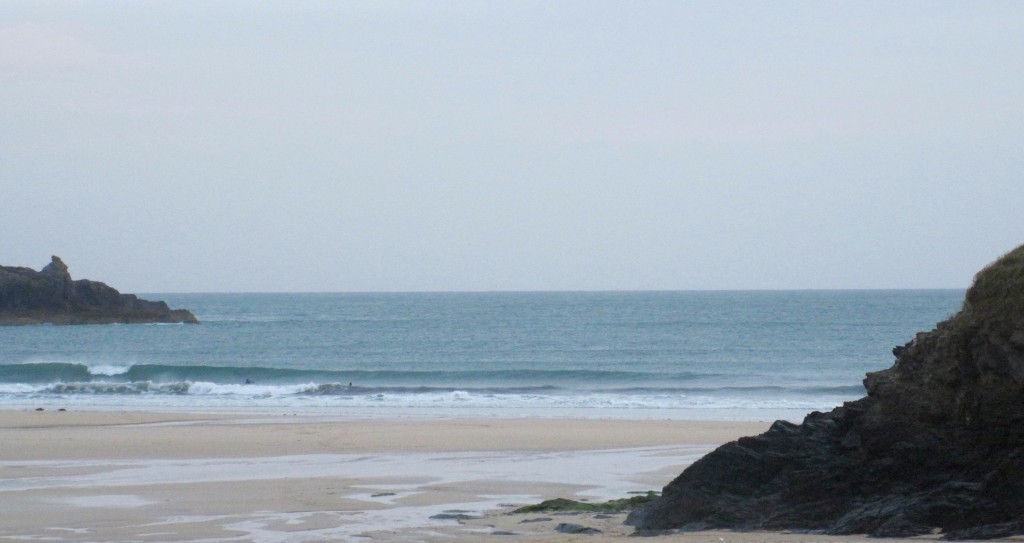 And back to westerly winds we go. And maybe north westerly, onshore everywhere on this coast.
But the wind might stay light, hopefully no more than a breeze, especially in the morning and evening. And that would let the three feet or so of close-fetch and weaker stuff at least be a little less choppy than it might be.
Still, it is mid summer and it’s not flat!

Wednesday’s offshore wind will quickly give way to a return to westerly going north westerly winds.
Although it does look like the wind might stay light through Thursday morning and evening and into Friday, allowing the surf to be fairly cleanish. We should enjoy a continuing three foot swell, decreasing a little as the week winds down but still staying in the fun size range throughout.
The weather should brighten as the week ends too with enough sunshine around to keep most of our visitors happy enough!
Have a great week, wherever you are and whatever you’re doing!