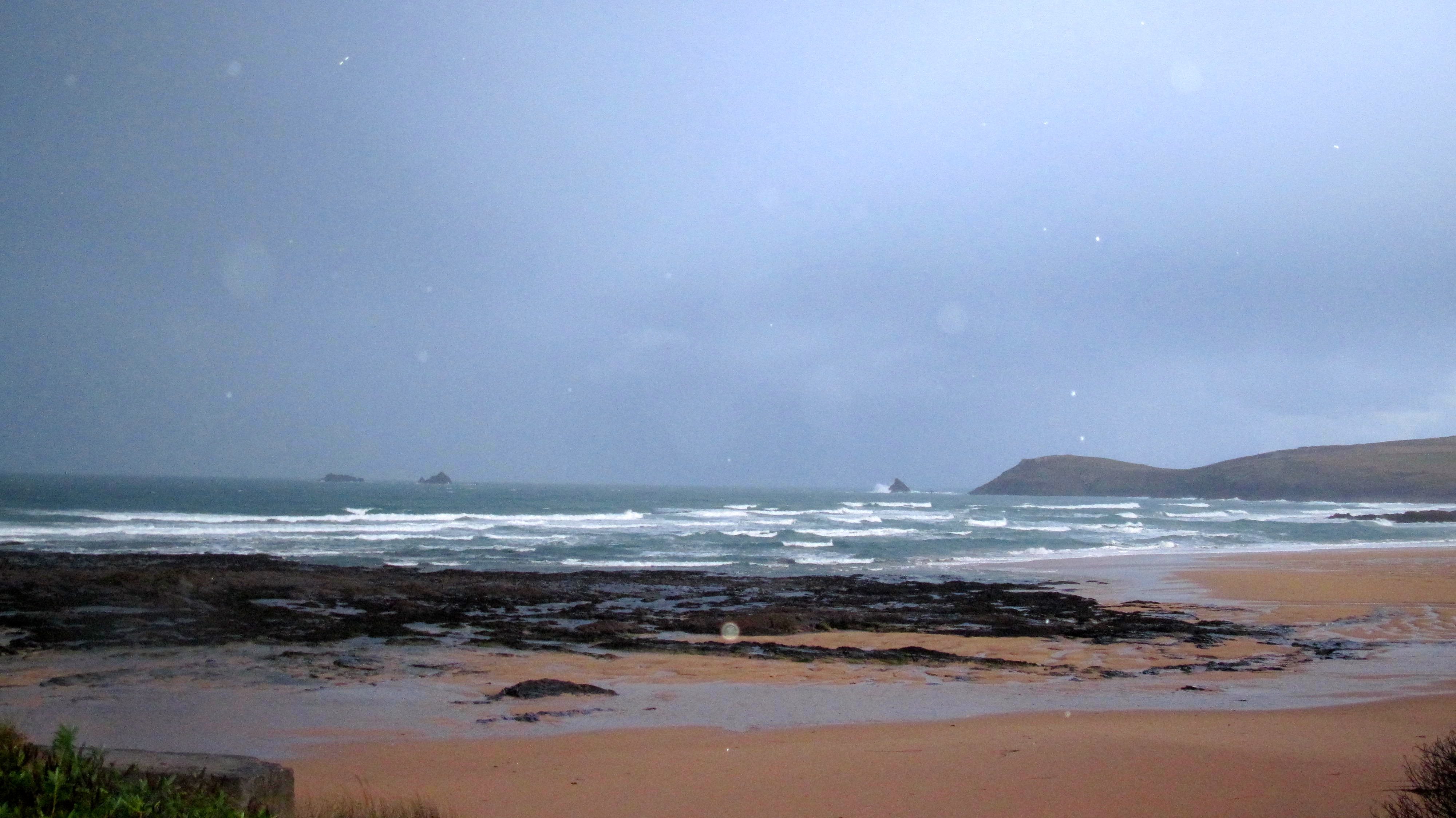 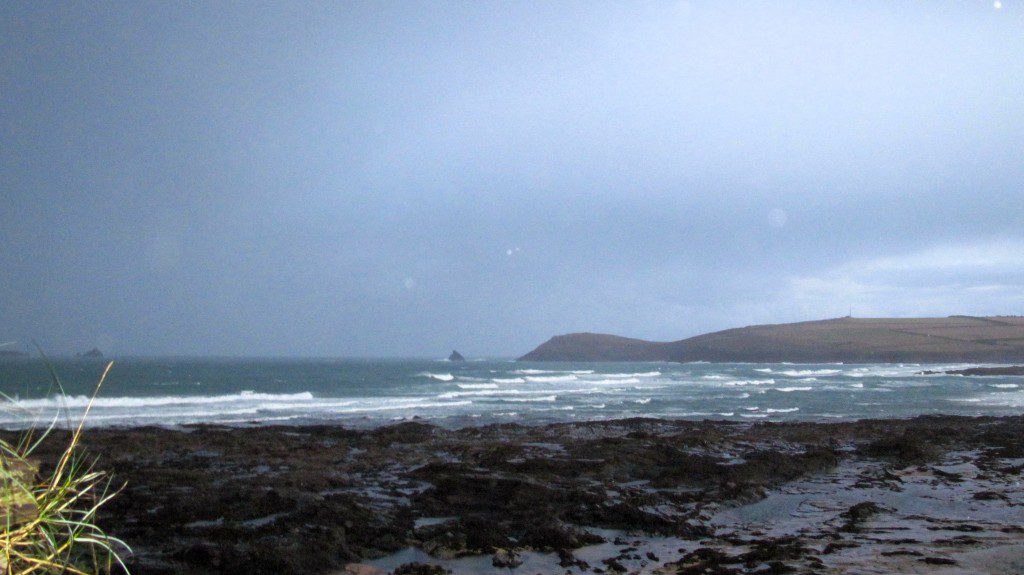 It’s another chilly ’n blowy one out there this morning, those rain squalls stinging the flesh, a momentary, vertical rainbow not sure which way to bend.
The waves are being battered into the bay, that harsh north westerly wind roaring and screaming at them.
Nah, you don’t want to be paddling out here this morning!
Not here, not today.

The sky and sea both look angry around here this morning too. The wind is blasting in, pushing that stinging rain ahead and tossing the surf into a chaotic mess.
There’s little to attract you in here this morning, a mixed up mess of greyness streaked with that off-white of broken surf.
South Coast maybe? 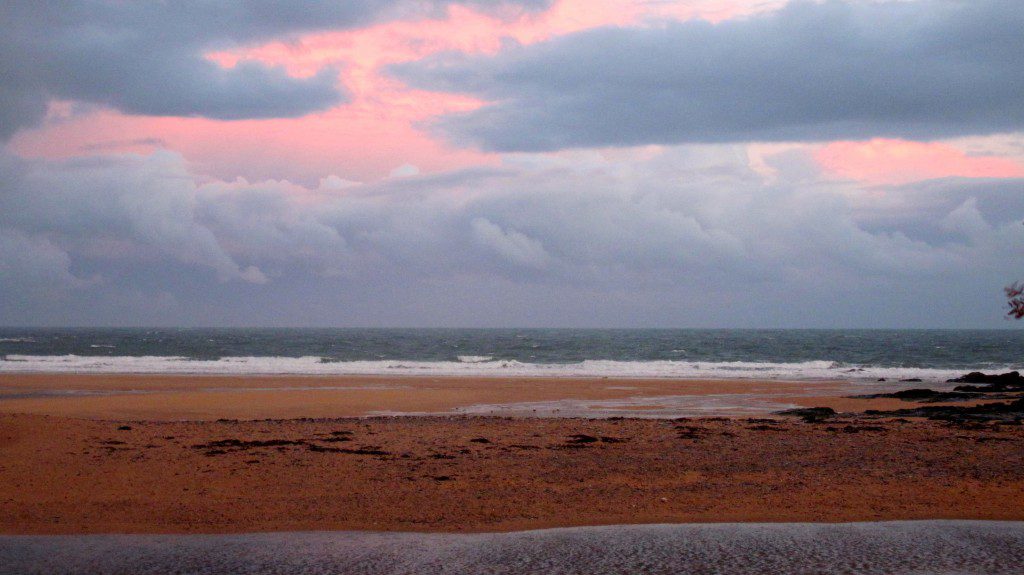 The wind is likely to have backed completely to the opposite end of the compass by this morning, those blustery nor’ westers being replace by a milder but still as gusty southerly wind.
Last night’s calmness will b replaced by more enthusiastic wind, churning those waves into a frenzy, on the west facing beaches anyway. Those sheltered spots should be squeaky clean but then, there’s unlikely to be a lot of swell getting all that way around and into those breaks. Especially against that same wind!
But we might just get lucky!

It has been a windy start to the week with those continuing strong north westerlies battering swells onto our coast.
Unfortunately there’s not that many places on this coast (well virtually none) that can contain those north westerly conditions. And so we tend to look to the far coast in search of cleaner, more surfable conditions.
That should all change as we go into the back half of the week with the wind backing through 180 degrees of the compass and settling to the south. And those southerly winds are going to be just as strong as the northerlies were and milder and maybe drier (for moments!) and also allowing more breaks on this coastline to maybe come into play.
That wind also tends to support any swells out there, so it could get quite big by the end of the week too!
So, by Thursday afternoon and then for the next several days, it looks like Harlyn is going to be the place to be locally with those thick and building swells swinging in and unloading against that same wind. Four foot plus barrels await for quite a few days!
Have a great week, wherever you are and whatever you’re doing!