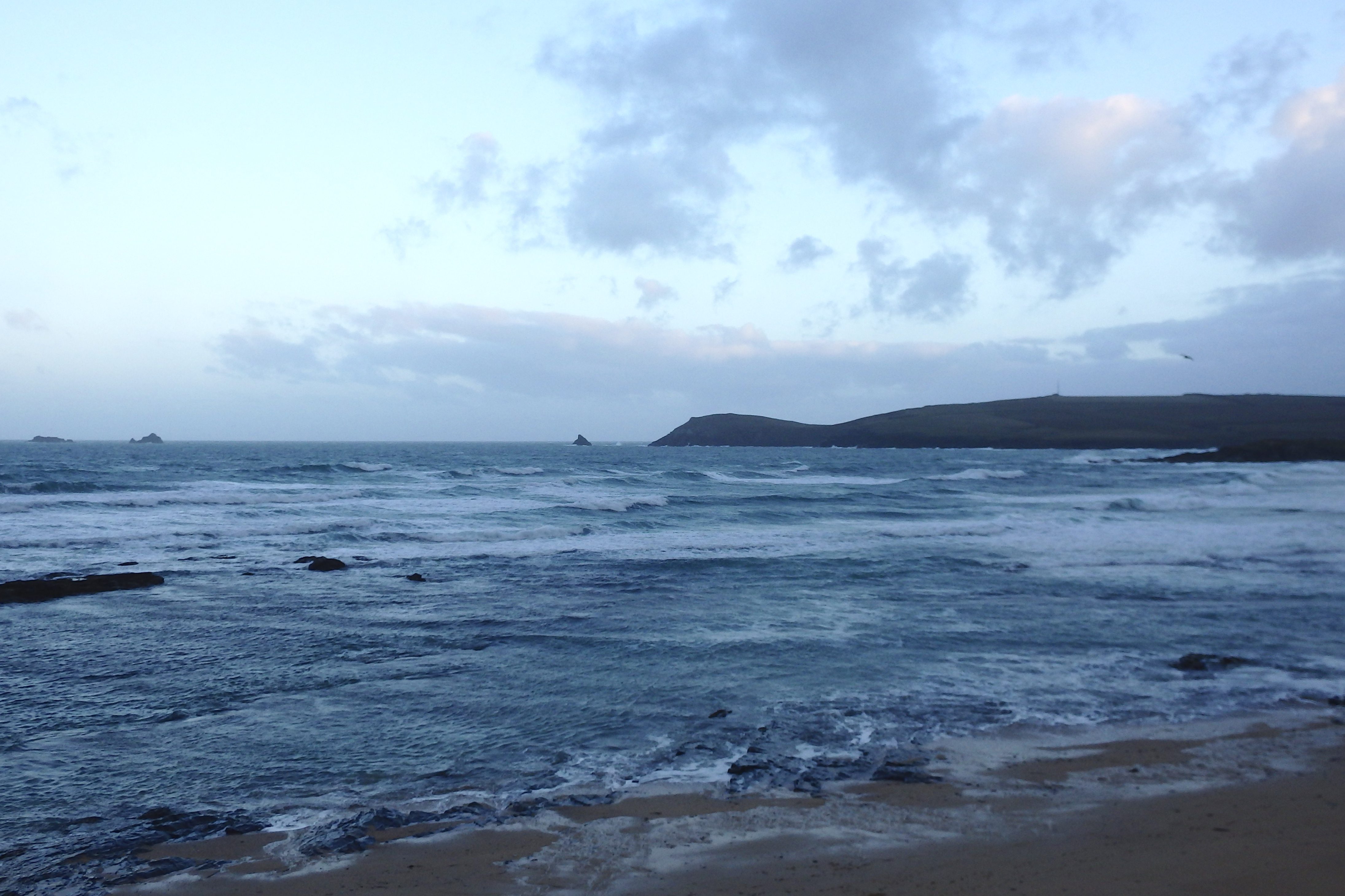 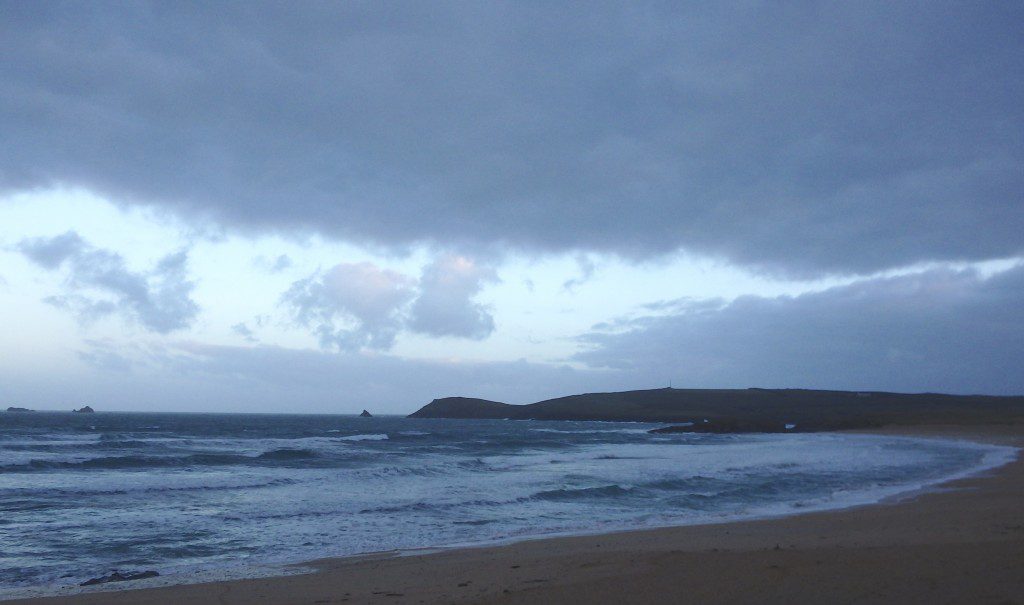 It’s a bit of a breezy one this morning with a chill blast screeching in from the west north west, the sky a reverse dalmatian coat of dark and light, unfortunately with more dark than light though!
And so the surf is a junked out mess of four feet and onshore blown greyness, those heavy squalls smoothing patches as they pressure-wash the otherwise chopped up surface of the sea.
It’s not a great place to go for a surf today, the south coast beckons once again! 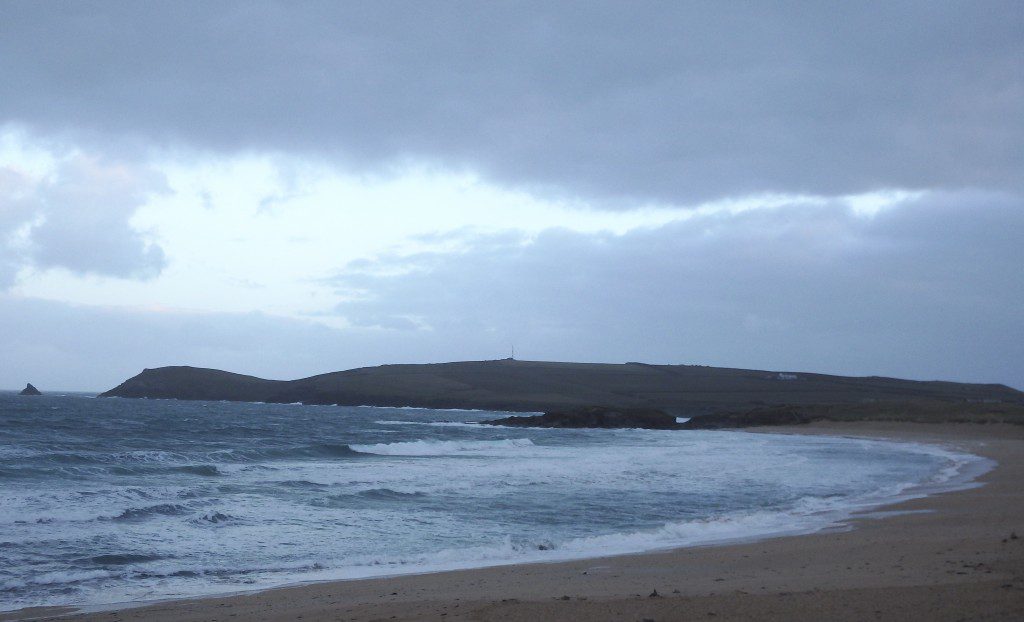 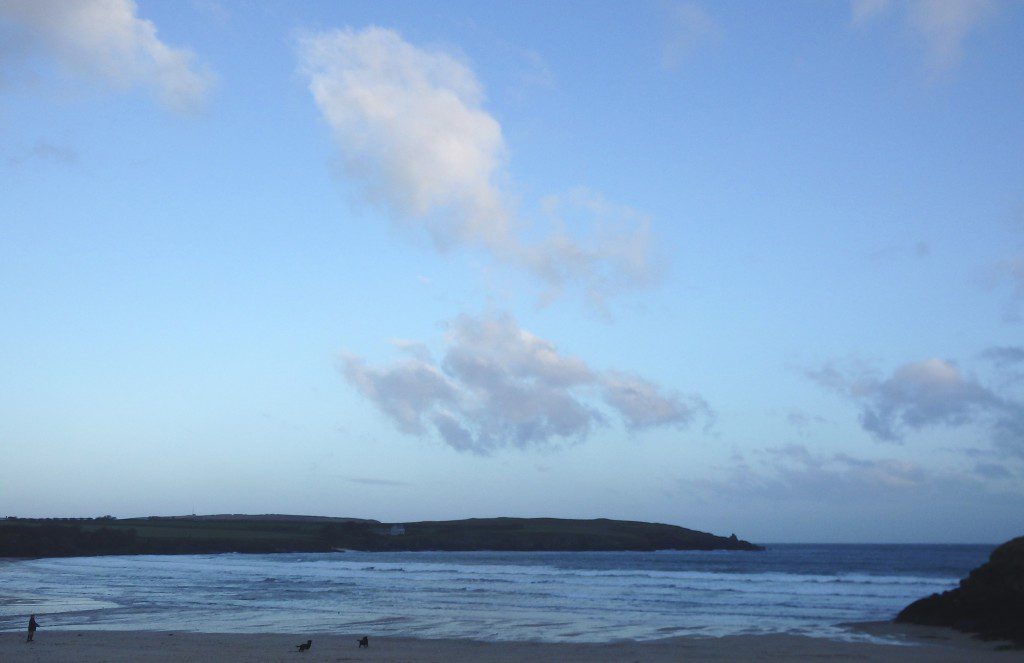 There’s a couple of feet of steep but chopped and ruffled surf, quickly breaking against the sand at Harlyn, the grey and wintery looking sea over-advertising its coldness – in fact the sea temperature is about double the air temperature this morning!
If you can’t get over to the south coast in search of some cleaner conditions then here will do!
The forecasts are showing an increase in swell size as the day goes on but the wind is likely to continue to blow all day long! Onshore winds are plaguing us this week but there’s plenty of surf rolling through and those bumpy wave faces are offering loads of opportunities for the fly guys to take to the air.
The winds look as though they are going to settle into that annoying north westerly pattern throughout this coming week again, producing onshore waves at all of our preferred surf breaks. Plenty of swell is going to be washing our way, expected to be in the three to four or five feet range for most of the time but with that gusting onshore wind ruining the quality of those waves. Early morning and late evening are going to be the best times to try and find some cleaner conditions, or of course there’s the drive over to the far coast! Again. Have a great week, wherever you are and whatever you’re doing!