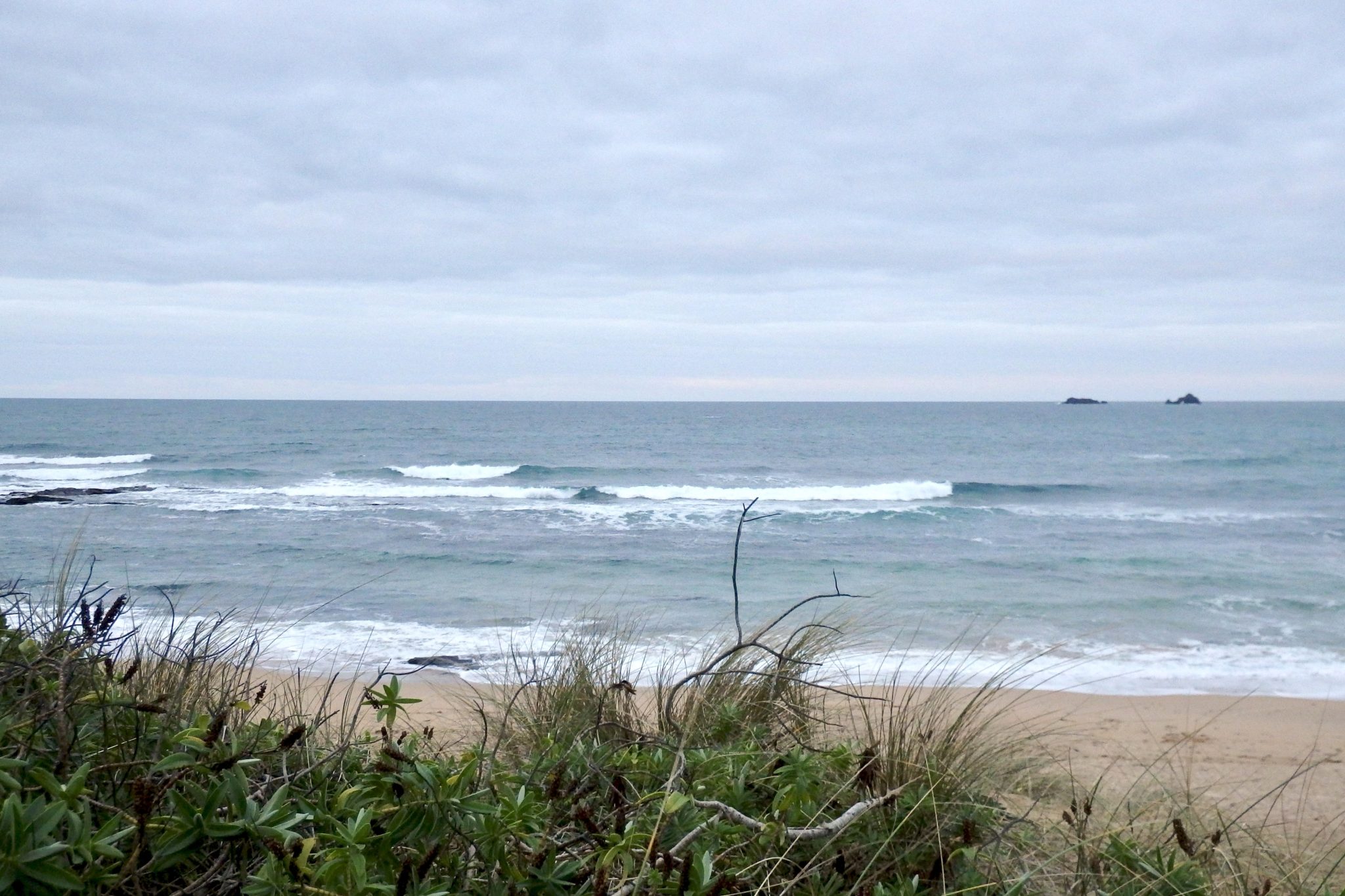 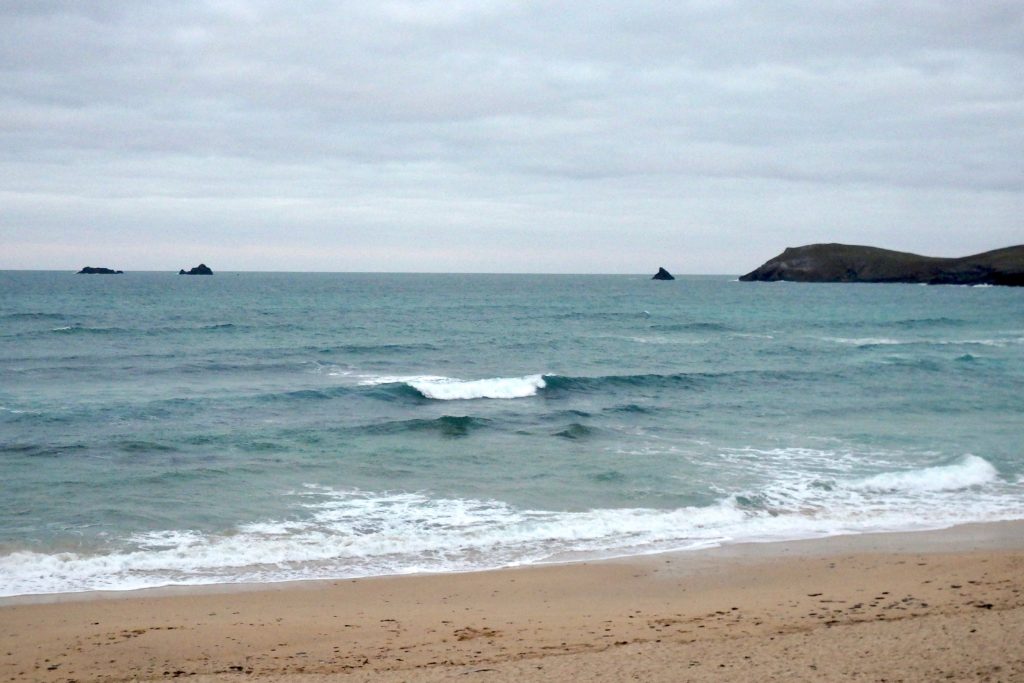 Thick layers of silver clouds are snuggled over us this morning, the steady south westerly breeze too weak to move them yet but that will change soon enough.
Yep, you had better get those hatches battened down again, we are in for another big blowthrough as Caroline swirls across the Atlantic, probably arriving off those bonnie banks by this evening and blowing hard along this coast into tomorrow.
In the meantime though, the breeze is freshening but not yet having too much effect on the two to three feet of crumbly surf, the air temperature is relatively mild and it’s dry.
All of that is going to change and soon, so if you have any outside jobs to get done then now’s the time!
Unless of course you want to glide across a few waist to chest high ones? 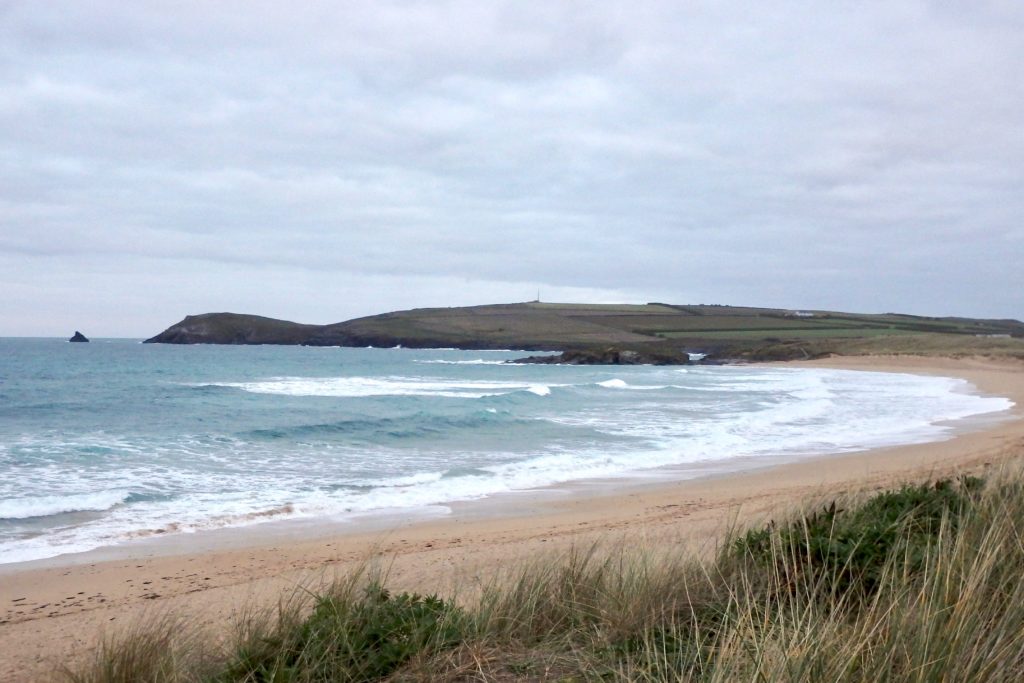 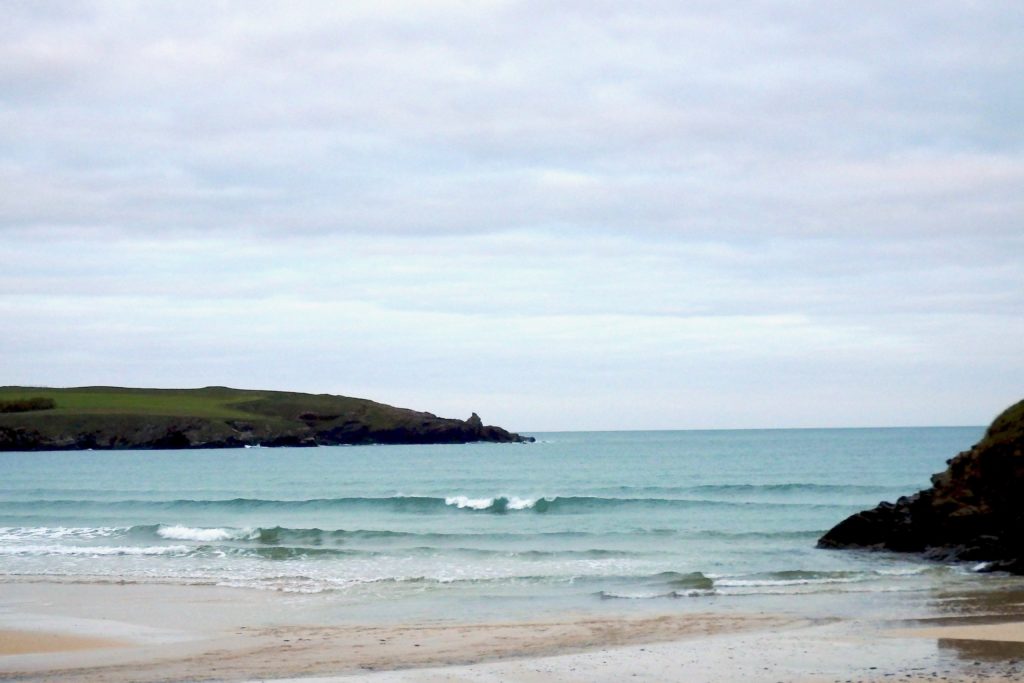 A foot or very occasionally just a bit bigger than a foot of smooth and tempting little waves are gliding into Harlyn this morning, breaking gracefully and elegantly in the light south westerly wind.
keep your eyes Harlyn over the next twenty four to forty eight hours, those waves are going to jump in size while the wind starts to roar and howl.
There are likely to be some big old barrels trammelling into the bay here soon enough! 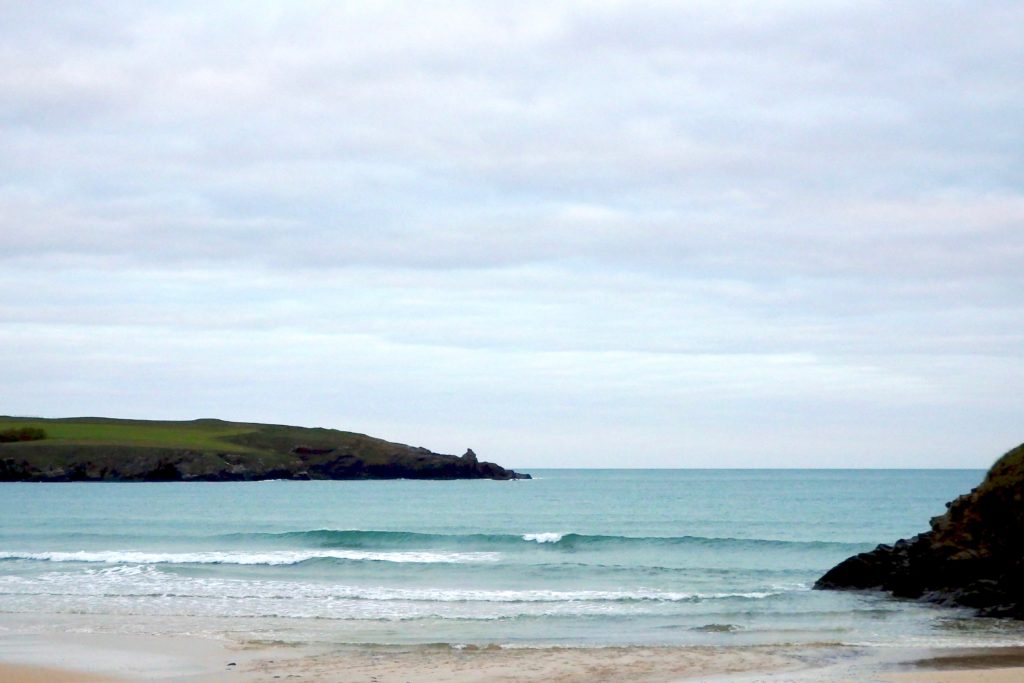 Just as the swell gathers some force that wind will revert back to the north west, making for wild and onshore, chopped out conditions all along this coast.
Our only chance for some cleanly shaped and rideable surf will be over on the far coast and it could/should be very good over there today!

Another windswept, damp and freezing cold few days are beckoning as Storm Caroline swings north over Scotland but sweeps her winds all the way down here.
The surf is likely to be completely out of control, a wild and windblown mess of big enough but broken up surf to close the week.
But by Saturday we might just be enjoying some of that really very cold but winter bright and cheery weather, the wind easing to a breeze as it backs to the north east, cold but offshore. That should allow the couple to three feet of fairly close together little surf to at least beak with some shape to tempt you in for some better than expected sessions.
A greyer Sunday will see the wind gusting in from the south, maybe just about about drifting to the south east. That will clean up the very small, one to two feet of otherwise weak surf, maybe just making it tempting enough to drag you out for a glide or two in between feasting yourself at the Padstow Christmas Festival where there will be more celebrity chefs cooking up a storm than you can shake a spatula at!
So, all in all it’s promising to be a fun weekend with great food loads of entertainment and a few waves to beckon you in!
Have a great weekend, wherever you are and whatever you’re doing!