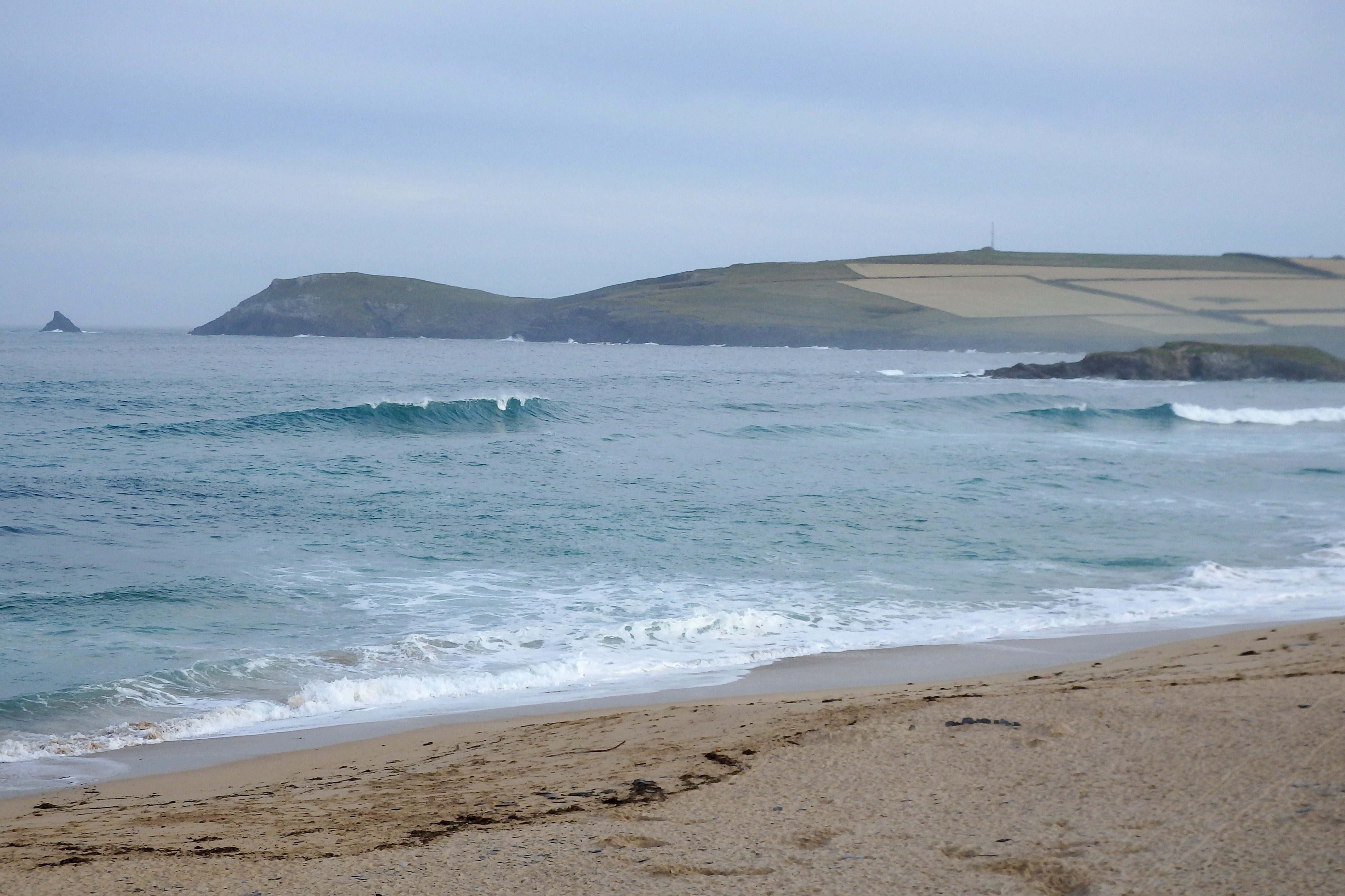 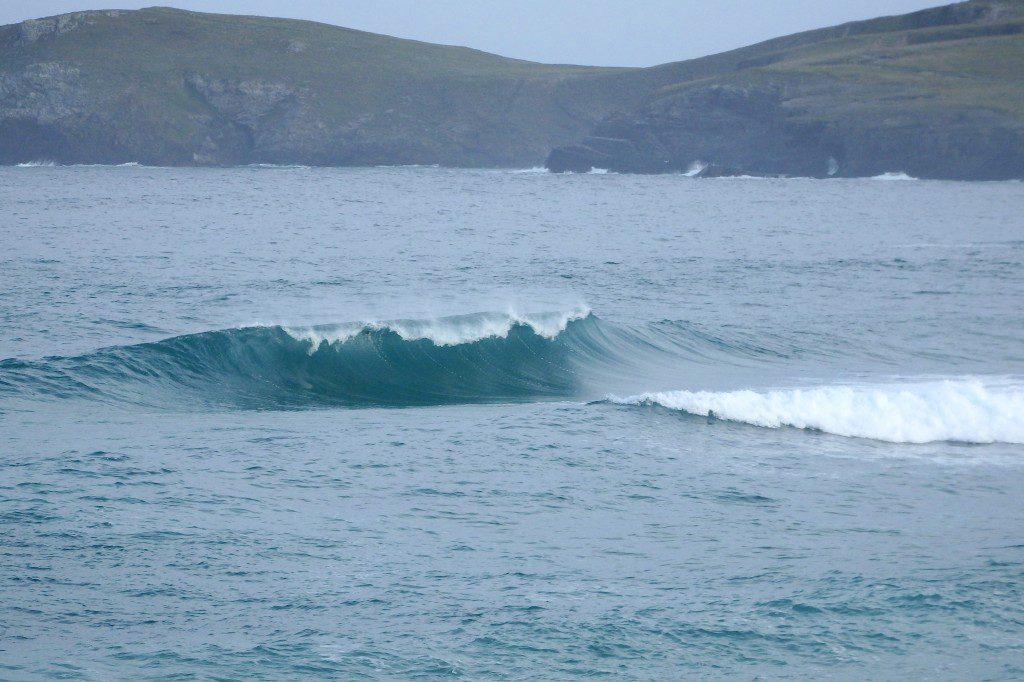 The breeze has eased this morning allowing a lighter, brighter and more tranquil kind of start to the day, the sky brightening as some clearer and shinier weather breaks through.
The surf is pretty good too!
Three feet or occasionally more of clean, blue waves are curling and cresting towards the high tide. There is that bump to it, probably caused by the deep water of the approaching high tide but there are also some peeling curlers to slide across as well!
Yep, a fun day of surf with some decent weather lies ahead! 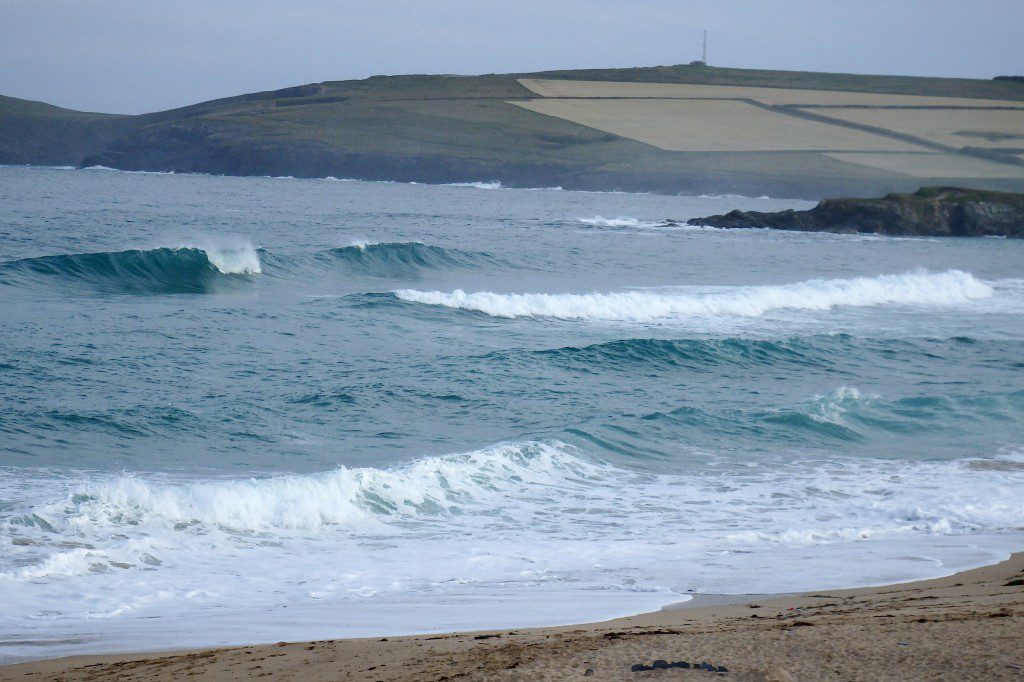 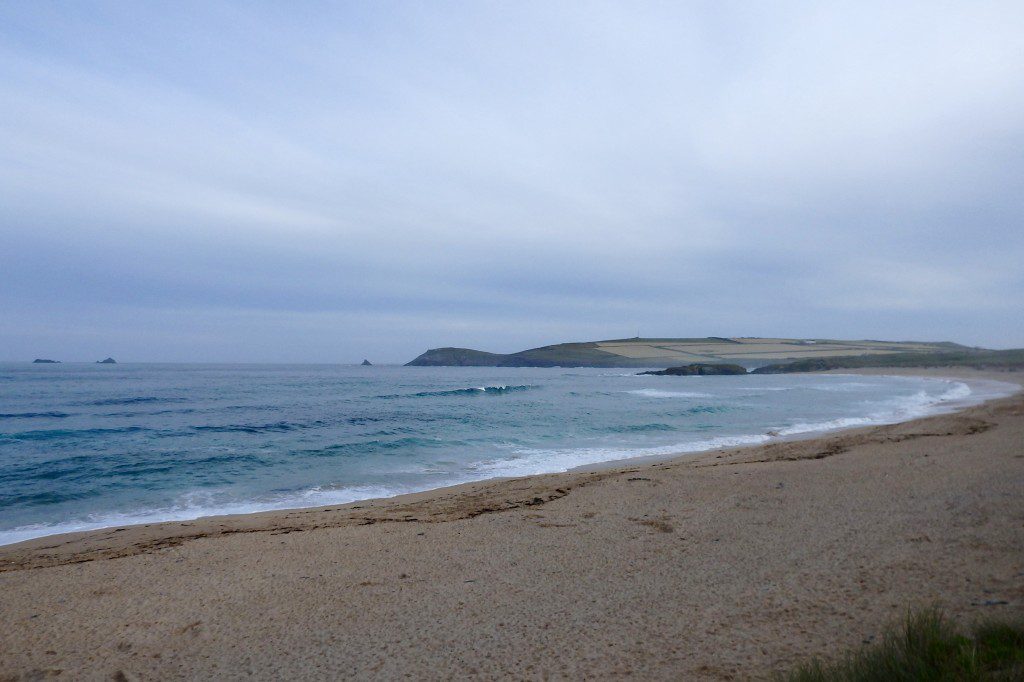 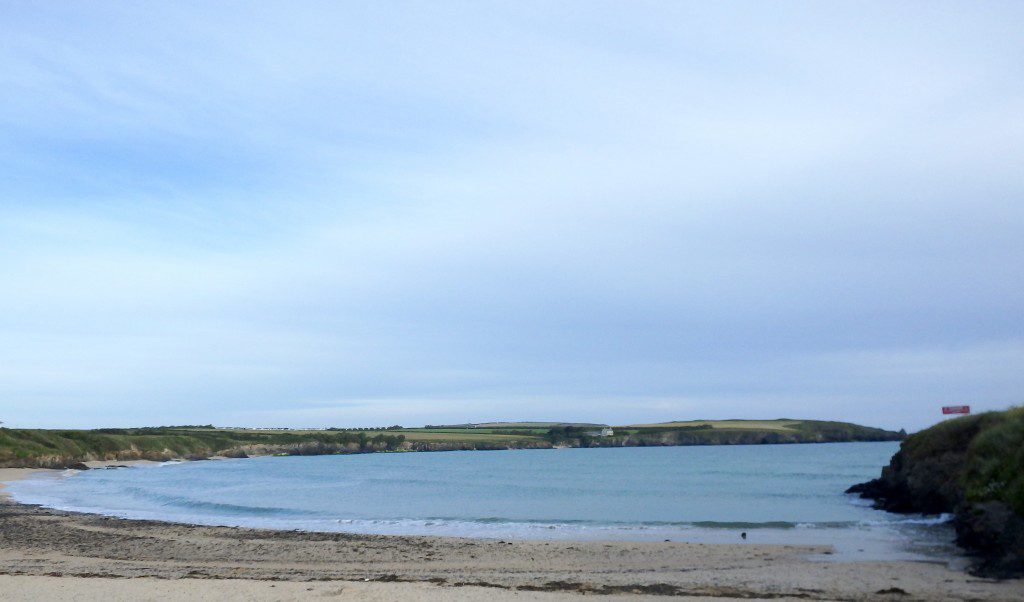 It is all but flat here an hour or so ahead of high tide, those tiny, smooth and sparkling lines of evenly spaced little ripples teasing their way ashore.
As the tide drops back in a couple of hours the surf should become sharper and crisper but will also be even smaller.
So the other side looks way better for a surf today, although if you fancy a paddle or a swim, you would have to go a long way to find somewhere better than there this morning! 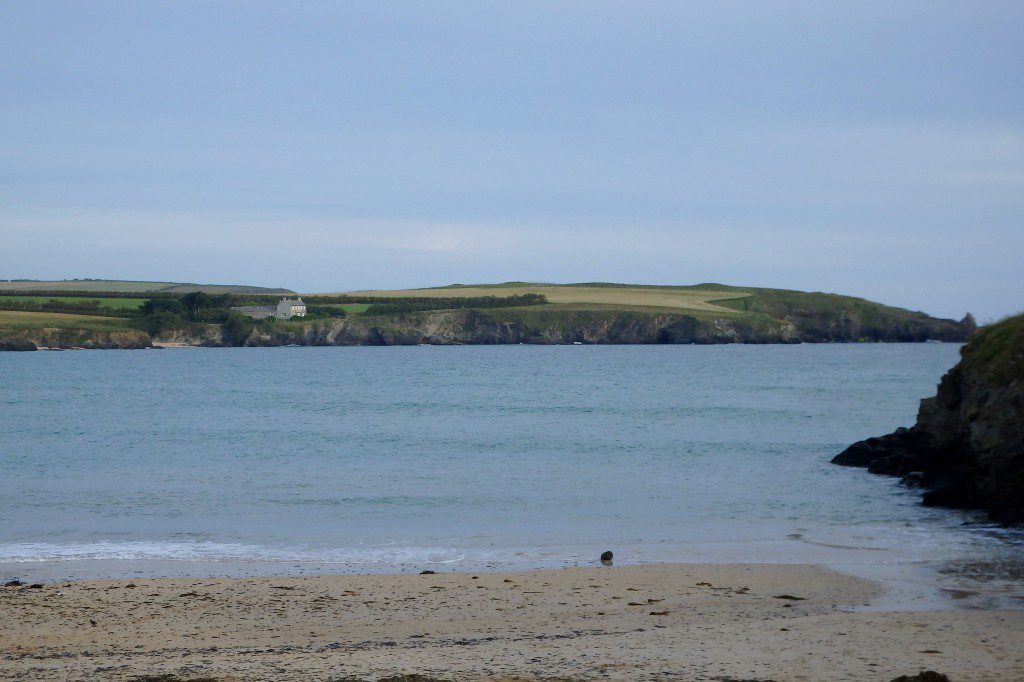 A light south westerly wind should support that rolling and building swell as it spreads gradually along our coast.
There’s a bit of a depression out to the south west which should start to push some swell our way, enough to maybe start to show at Harlyn.
Its might not be until later on in the day but I would think that we will be enjoying some little grinders around there before teatime!

Another breezy and mixed week awaits, the wind blowing mainly from the south west, pushing up some big and lumpy waves by the back half of the week.
By Wednesday afternoon the wind should have eased to a breeze and switched to the south west, allowing some cleaner waves to break at the main spots, especially through early morning.
As the week winds down the main action is likely to move to Harlyn, those south westerly winds gusting offshore there while helping to push some much bigger surf our way too.
And that is likely to be the way of it into the weekend too!
Have a great week, wherever you are and whatever you’re doing!