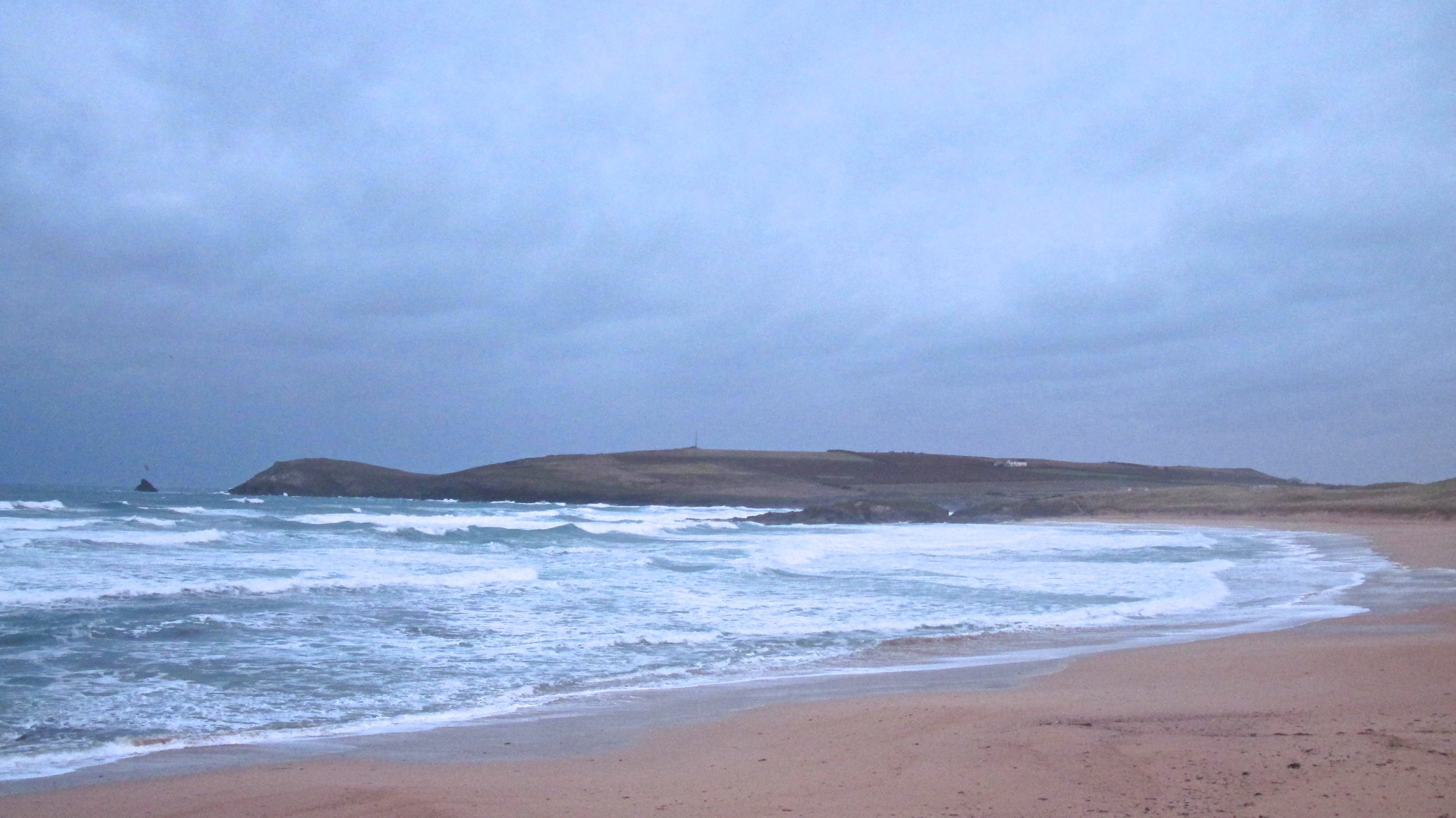 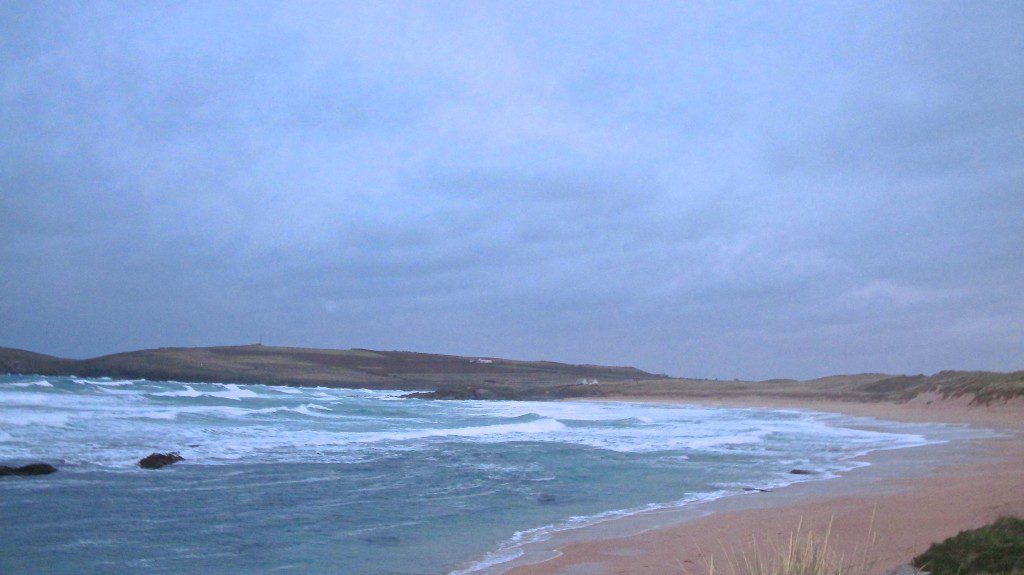 There’s a magnificent explosion of a sunrise over on the far horizon this morning with huge and threatening black clouds nearer to home making me think that we might just be enjoying one of those ‘calm before the storm’ moments!
The wind is strengthening by the minute, a fresh sou’ wester, all blustery and filled with the promise of some heavy, wet squalls and set to destroy the five foot plus surf in the bay, those waves being pushed and tugged all over the place already.
It’s a mixed up and messy sea this morning with only worse to come.
But this wind is likely to help to strengthen what looks to be a building swell and I would expect that those swells might reach around to those sheltered spots, those tucked away little surf breaks that only light up on these odd days when wind and swell and tide conspire.
Let’s have a little look at Harlyn to see if that will tell us more…. 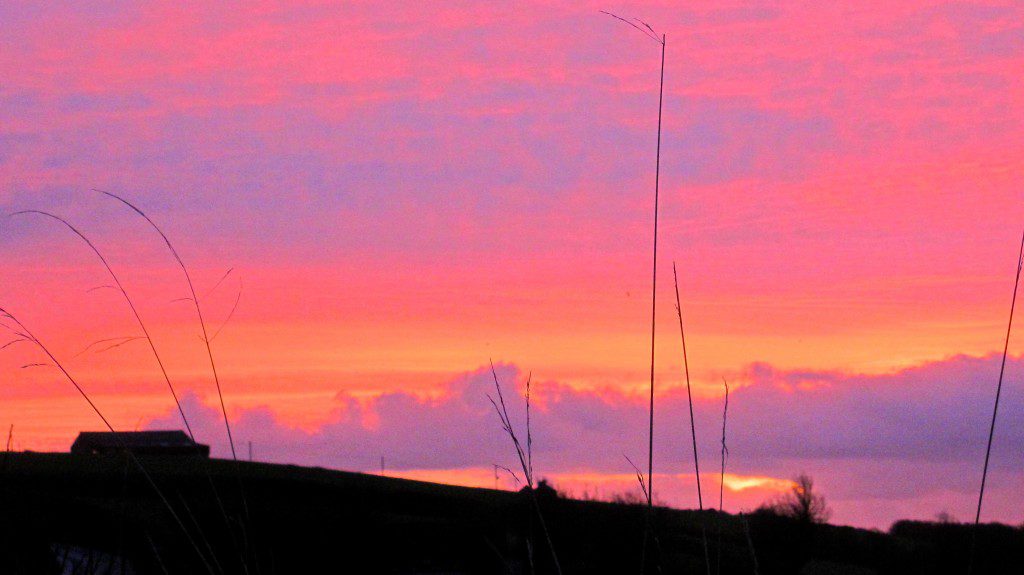 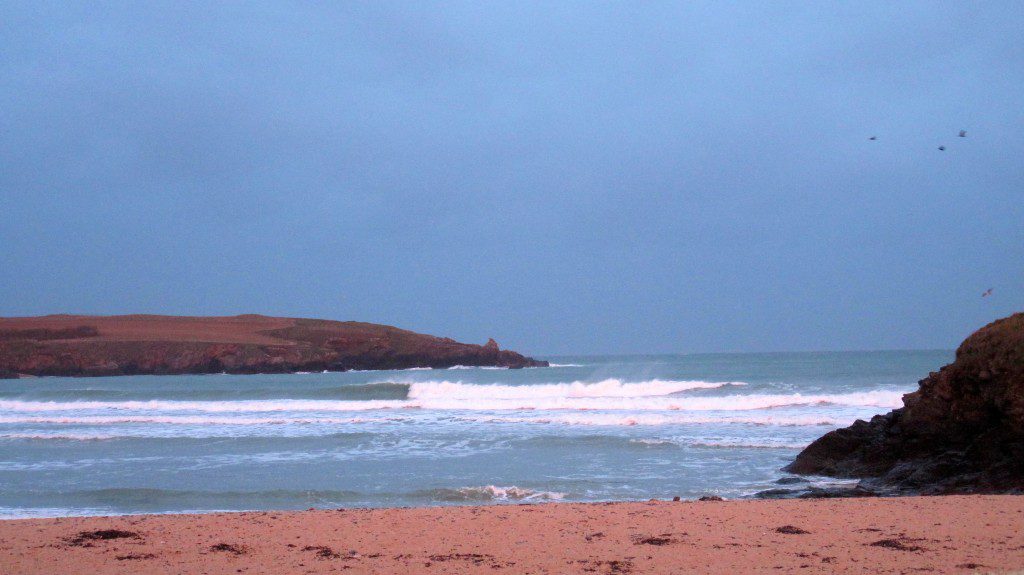 Yep, this is the place to be!
There’s three feet or so of sturdy swell wrapping into the bay, that same swell-pushing sou’ westerly wind now blowing offshore and holding those watery walls up until the last tottering moment.
The tide is on the drop but I would imagine that the building swell will counteract any size reducing effects of the dropping tide. It might even build a little as it lowers.
This afternoon could be fun, I would imagine that the swell could be quite hefty by then and with the push of an incoming tide behind it we might just see some hollow and gnarly little barrels reeling in!
It is chilly though! 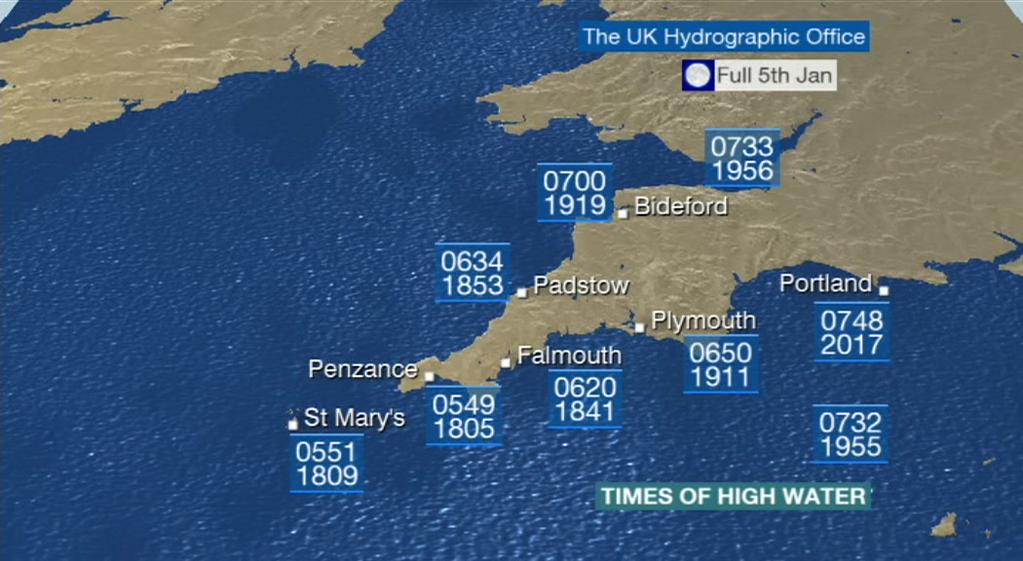 That swell should continue to push hard into our bays and coves, the west going north westerly wind blowing it all along but causing a mixed up mush of surf in the bays.
It’s likely to be big and messy today, quite big and very messy.
It is looking like a south coast day today, there should be a few different breaks lighting up down there today!

As seemingly everyone slips back to work, school, college or surf travels, this week at home is likely to be offering up a mixed bag of surf conditions.
There should be plenty of waves around, getting big as we slide into into midweek, probably in the six to eight feet swell range but with varied winds to affect it all too.
Having started out as a direct southerly through Monday that wind is likely to alternate between north westerly and south westerly, offshore at Harlyn for Wednesday but making for choppy and sloppy conditions everywhere on Thursday, back to Harlyn for Friday and so on, day by day.
It is looking like a good week to alternate trips to the south coast with crunchy days at Harlyn or similar!
The weather is going to be mixed up as well with plenty of everything, a little sunshine appearing between some inevitable squally showers and more unseasonably mild temperatures.
Have a great week, wherever you are and whatever you’re doing!