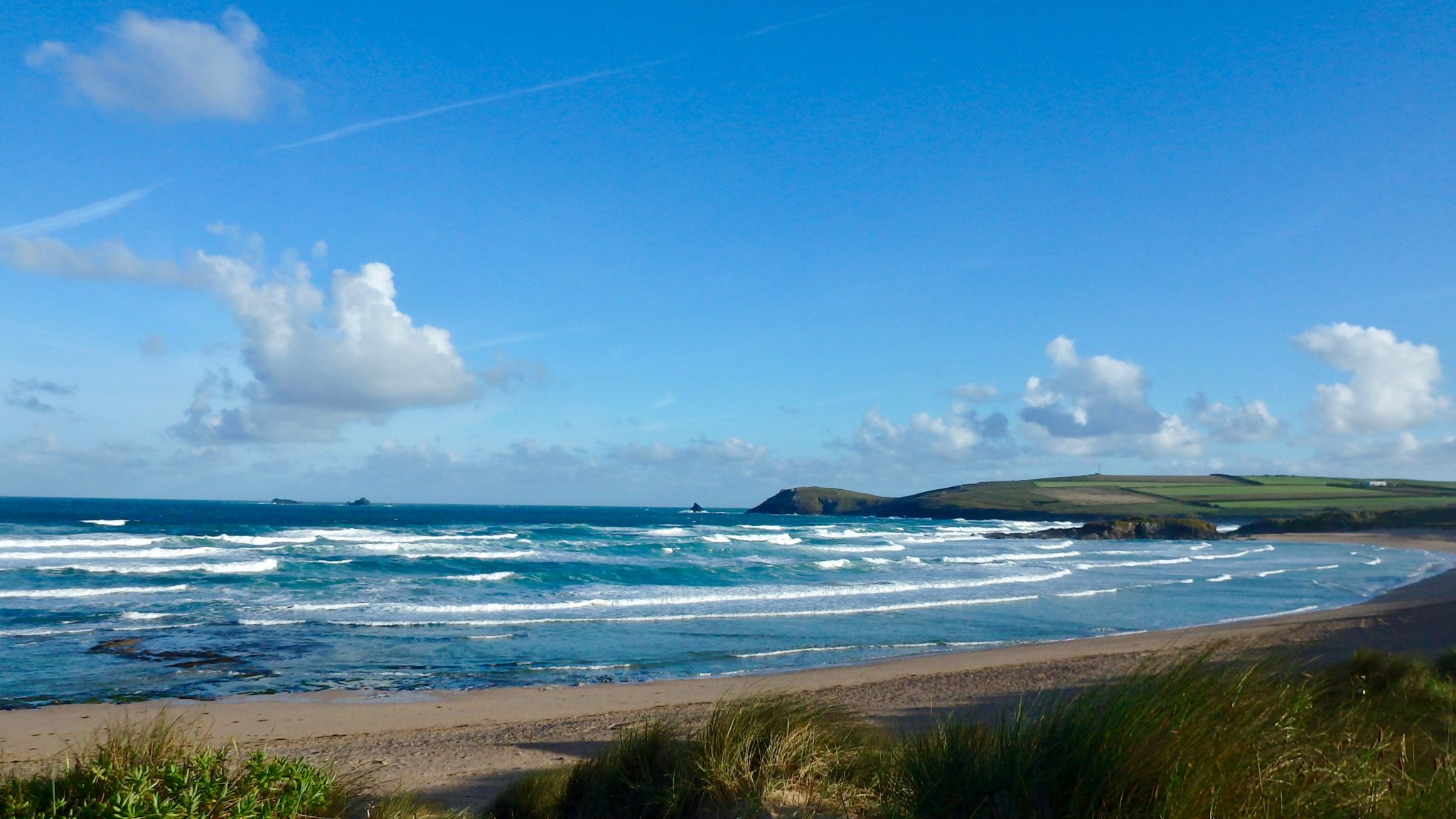 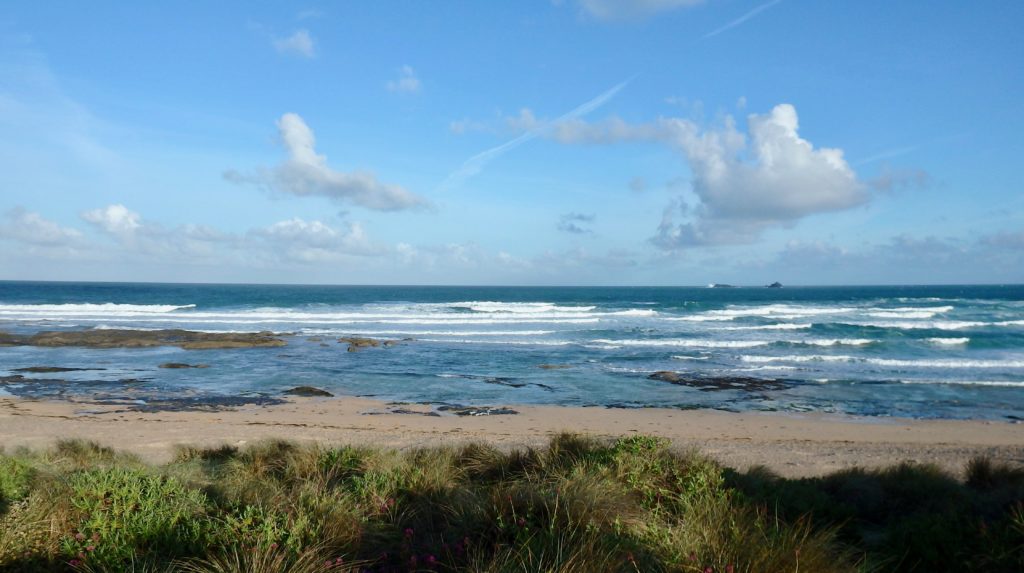 This bright and breezy day is feeling more like Autumn than Summer, that fresh north westerly wind blowing hard but not with the anger or urgency of yesterday.
And so the surf is a mixed up mess of four foot lumps bumbling and wobbling into the bay, the bright and cheery sunshine making it look more attractive than it might actually be.
It does look like the wind is going to stay onshore all day long on these beaches but it should back to the south west by this afternoon, still onshore here but at least offering Harlyn some cleaner conditions, even if it will be a lot smaller around there.
Let’s have a look see what it’s like right now over there!…….. 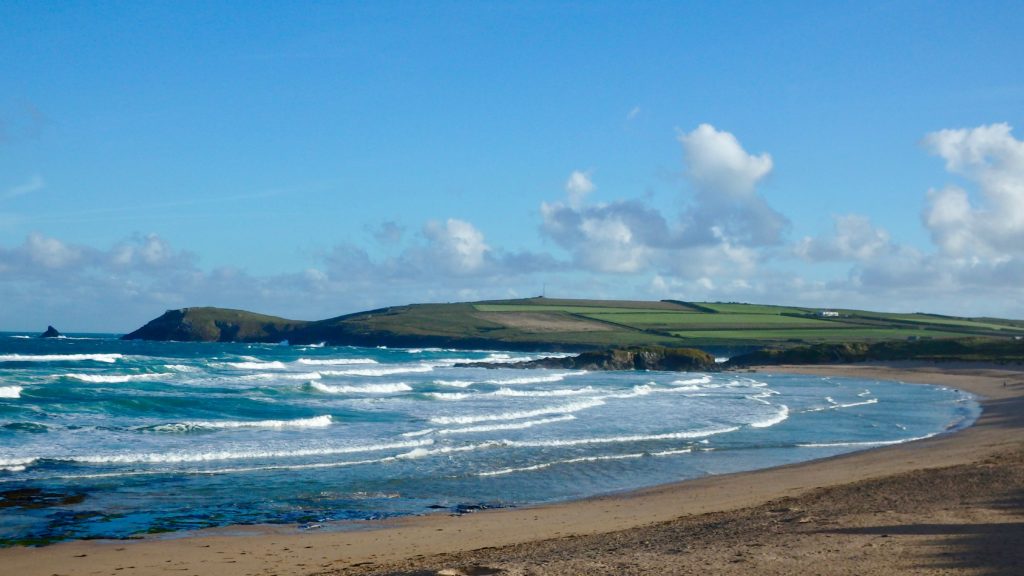 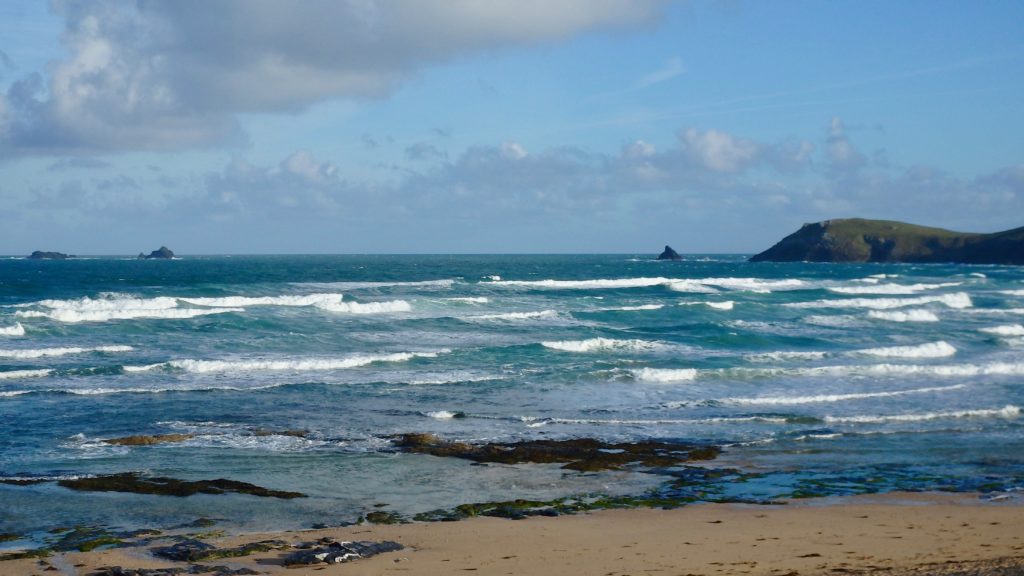 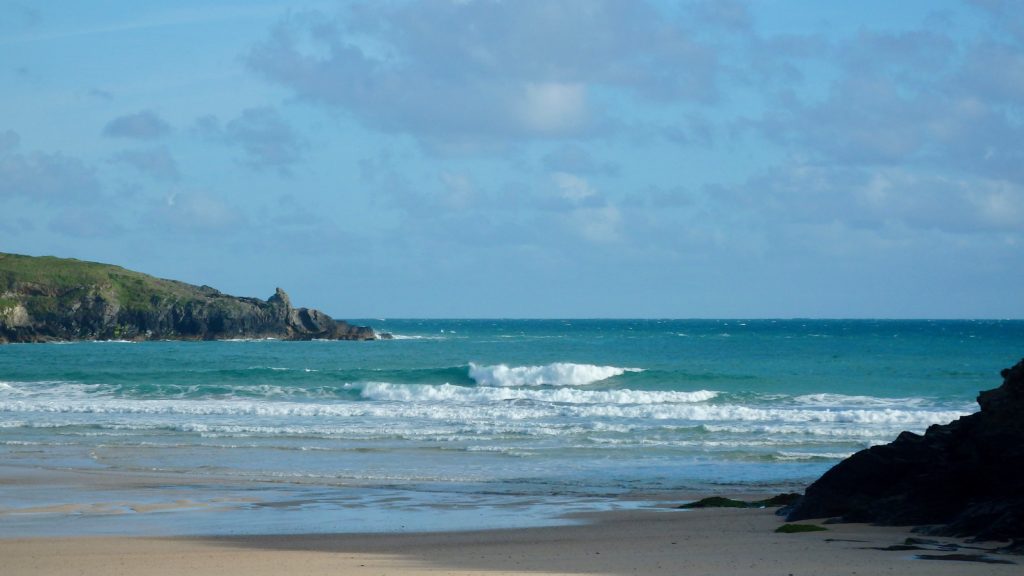 So a couple to maybe three feet of onshore chopped peaks are tumbling over each other as they stumble to the beach, that wind blustering onshore here too.
The forecasts are showing a wind switch to the south west by this afternoon, making for more offshore and cleaner conditions. And if the sunshine lingers on then it should at least look pretty even if it is likely to be only small.
Still, it is always nice to surf smallish but snappy and clean Harlyn in the sunshine! 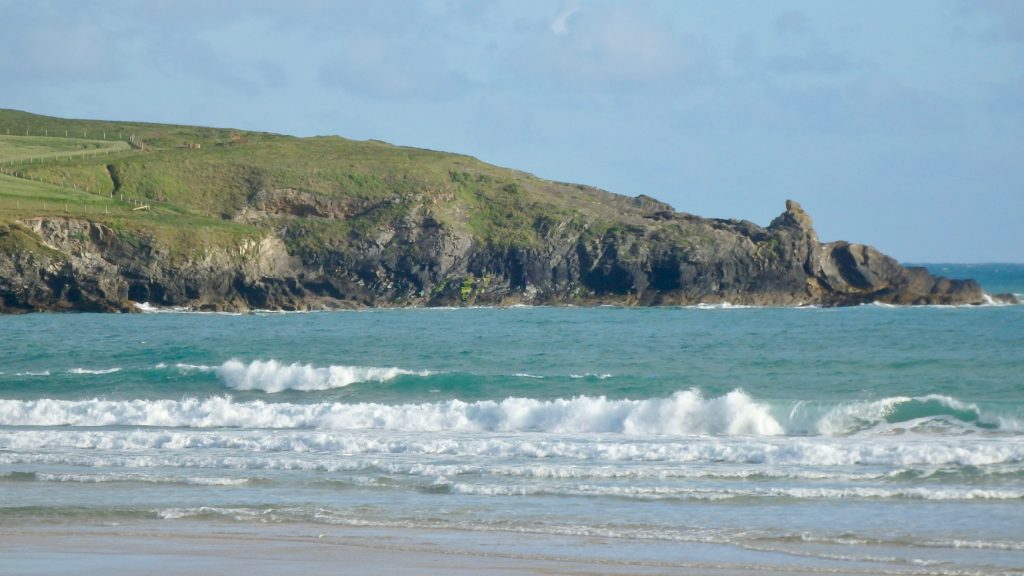 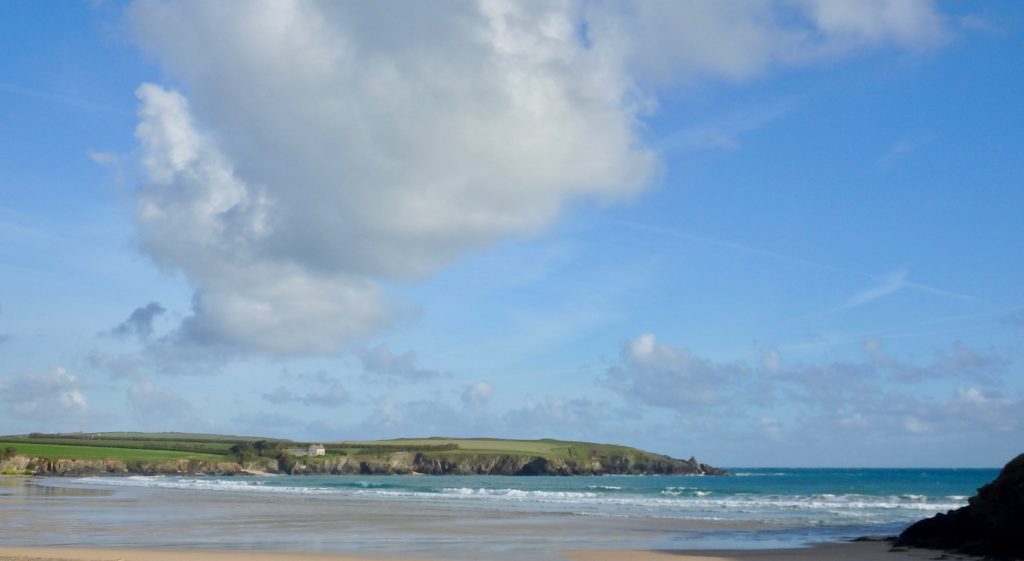 That same south westerly wind is likely to continue to drive four to six feet of chopped and slopped, bumpy swells along our craggy coastline today, Harlyn being the obvious place to consider for a fun surf session.
We should be enjoying a couple to three feet of wind hollowed and crunchy little Harlyn barrels all day long today with some heavy and windblown showers to keep us on our toes while everyone ducks into the polling booths between surfs!

Howling and screaming onshore winds are set to plague us through this week, a week of mixed weather and stormy, stormy winds.
The start of the week will see plenty of rain falling on a thick and big, bumpy and lumpy swell, building through Monday and peaking into Tuesday, showing some big waves everywhere by Tuesday morning.
Those onshore gales, veering from north westerly to south westerly are going to make it testing though, the search will be on for some sheltered spots to surf throughout the week, or if that’s not your thing then Harlyn will offer that cleaner and sharper option later in the week, even if you have to enjoy all those close-outs before you get a good ’un!
And that’s the way of it for the whole week by the look of things!
Have a great week, wherever you are and whatever you’re doing!