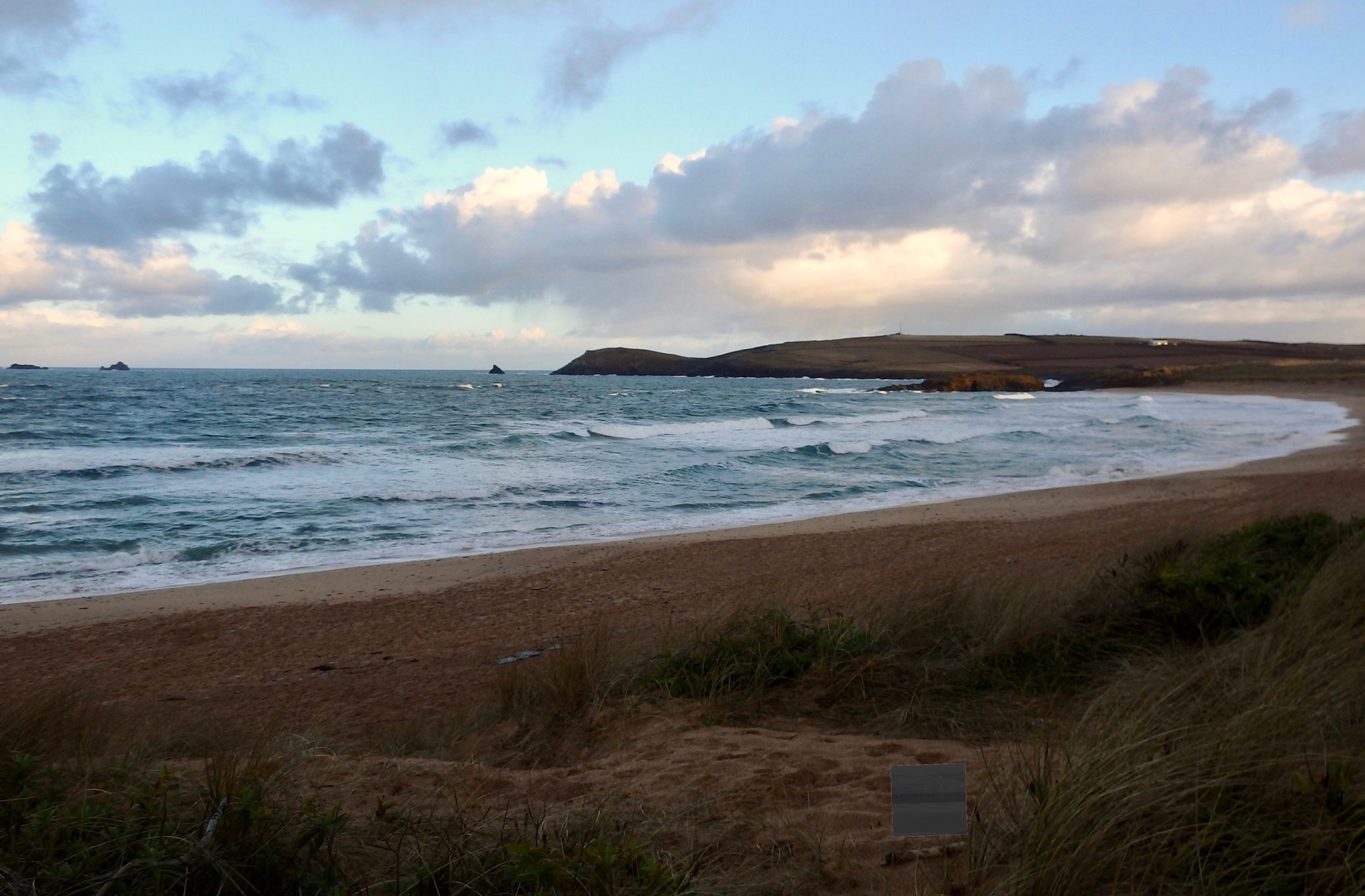 I moved through all the seasons on my way down to the bay this morning, arriving in what seems to be settling in as a pleasantly bright and cheery, only slightly chilly and breezy morning.
A fresh westerly wind is gusting into the bay putting a light crumble onto the two to three feet of fairly weak and quite close together little surf.
The waves are certainly not great this morning but they could be fun, especially as the tide drops out a little.
The wind is forecast to back more south westerly which won’t help things here but will clean up Harlyn – if there’s enough swell getting in there! 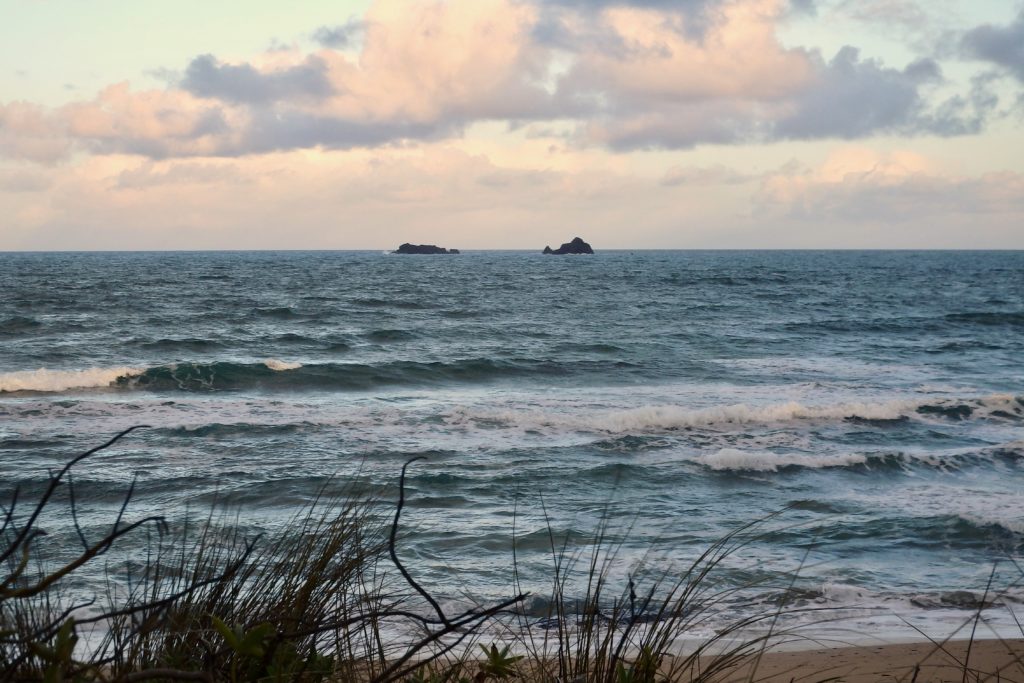 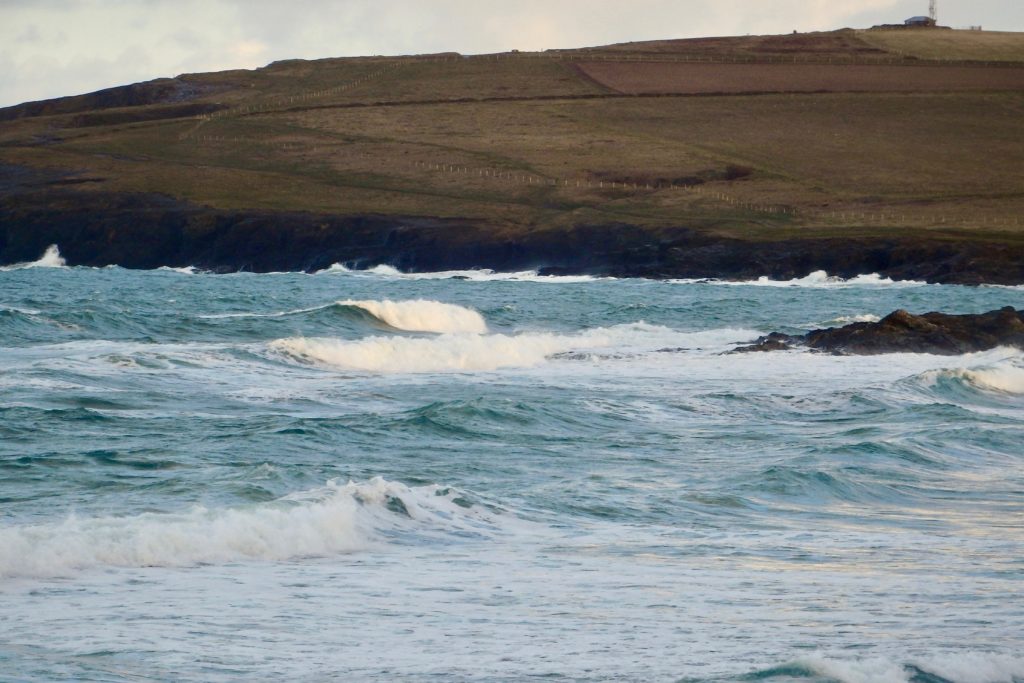 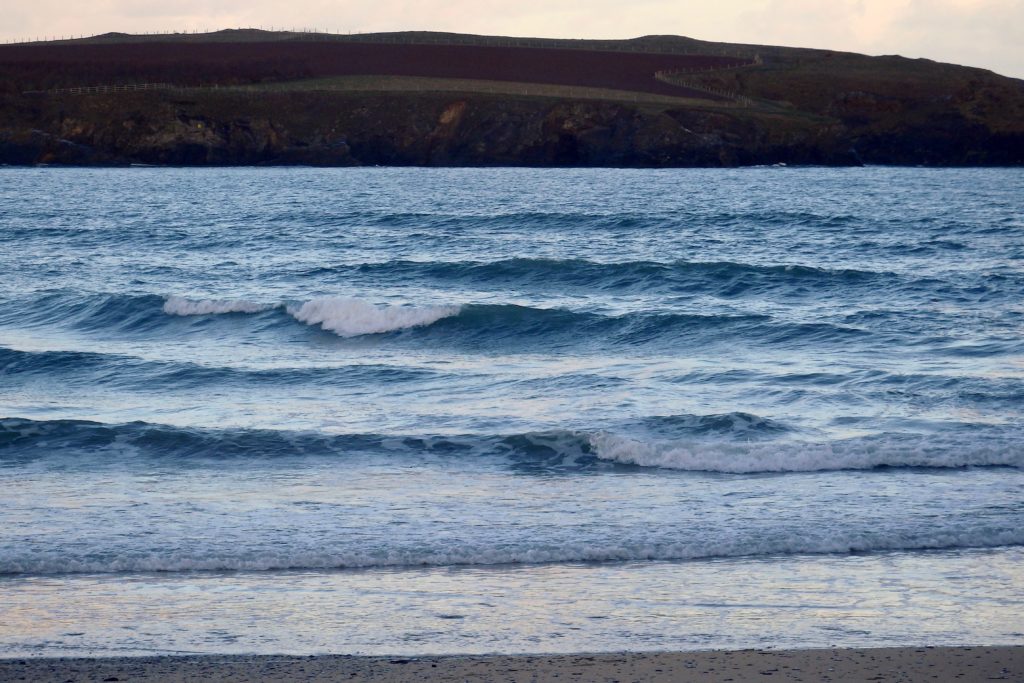 A foot or so of lightly slopped little surf is wandering into the bay ahead of high tide this morning, all a little lazy looking and real small.
That wind is still a little too westerly to help clean those little waves up but the forecast is for south westerlies by this afternoon, which will at least smarten and sharpen those little waves.
But it is small. 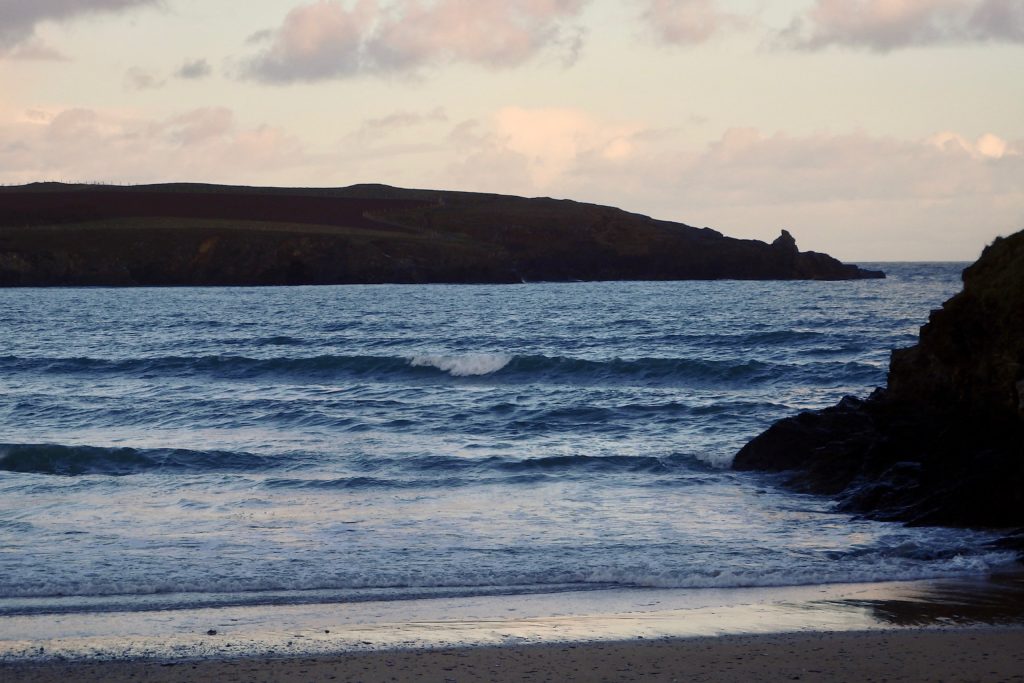 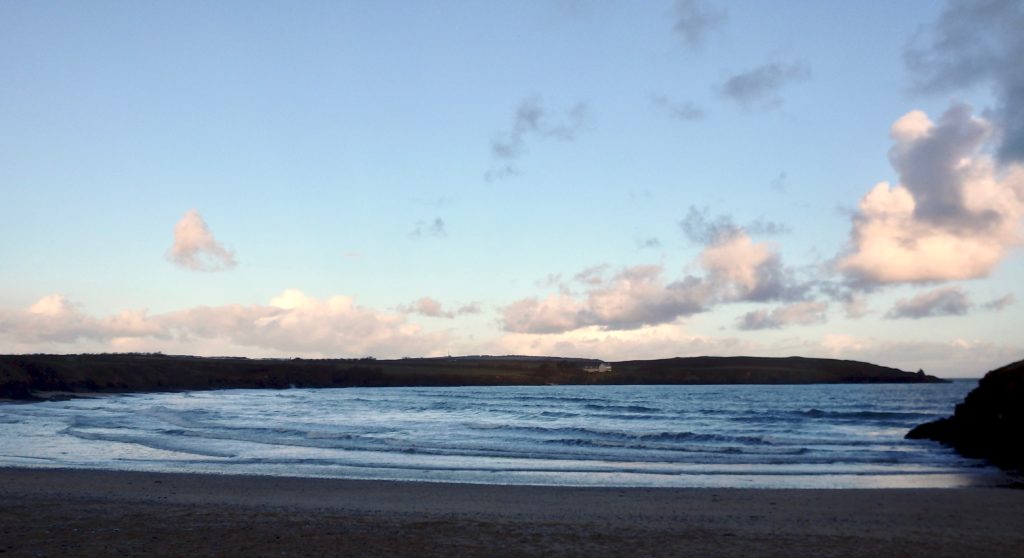 Three to four feet of swell is going to be ushered in by a fresh westerly wind, offering some lumpy and bumpy mixed up surf at the wester facing beaches with some smaller surf only slightly less chopped over at Harlyn.
A bright and sunny day might make the decision to go in a little easier!
And how much has that water temperature dropped over the last week!

After starting out gently with light offshore breezes helping the surf to look and break its best, the wind is going to shift to the south west for most of the rest of the week.
And so with the swells building into the four to five foot range by midweek, Harlyn is looking like the goto break locally.
And pretty good Harlyn it should be too, for the back half of the week anyway!
Three to four feet of offshore shaped quite crunchy surf should tempt us all in, the weather feeling quite mild after last week’s mini-freeze.
Yep, a pleasant week of fairly typical Harlyn surf awaits, with smaller but cleaner conditions expected for next weekend.
Have a great week, wherever you are and whatever you’re doing!