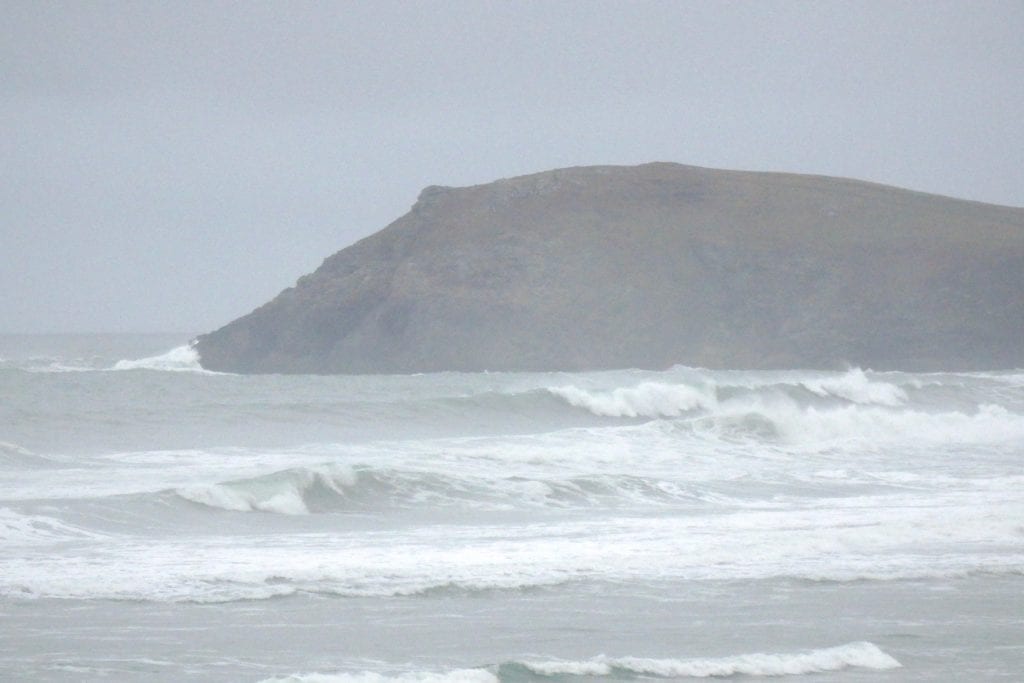 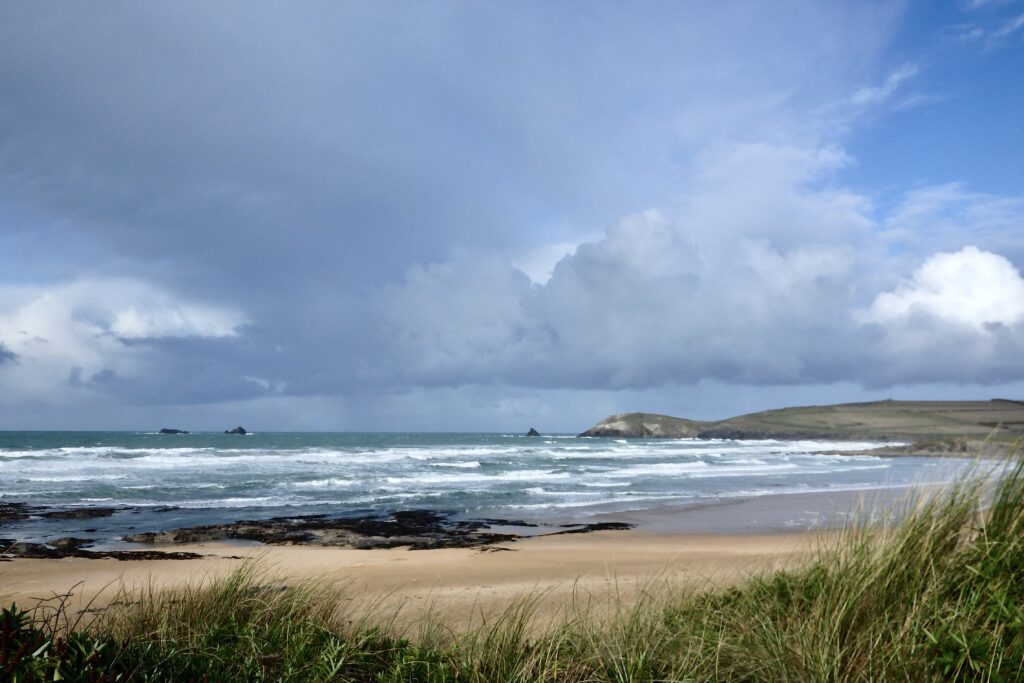 Another damp and grey morning is being saved only by its mildness, a mid-teens celsius air temperature keeping things warm for November.
Other than that there’s only a light breeze drifting onshore into the bay, just strong enough to ruffle and streak the thick and grinding four to five feet of grey and lumpy surf.
It looks heavy and is probably bigger than it looks too, so let’s wander around to Harlyn…….. 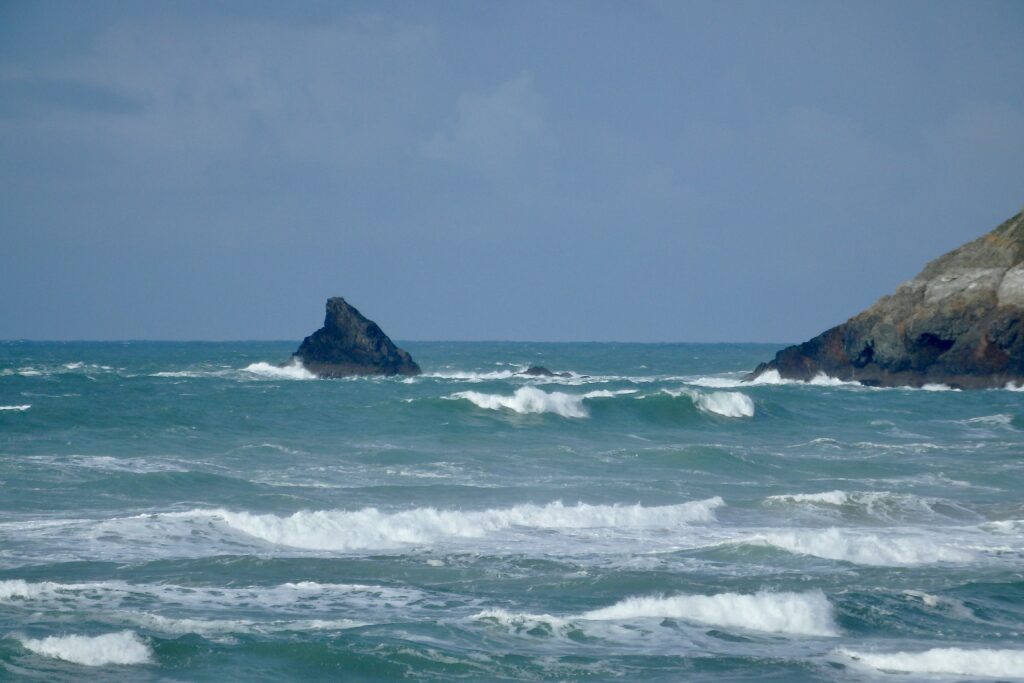 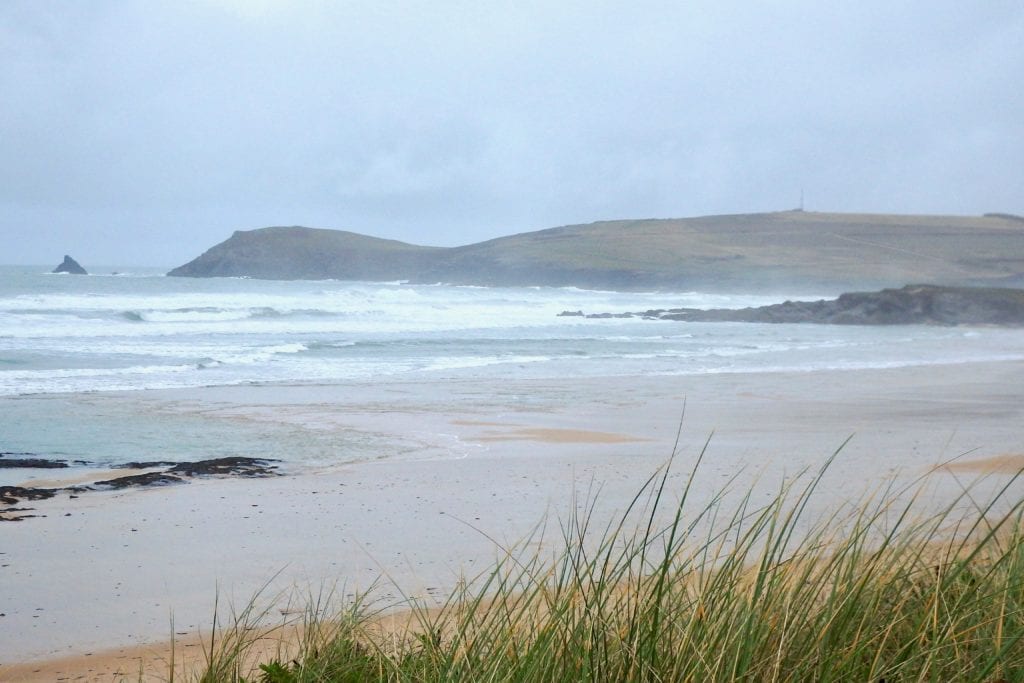 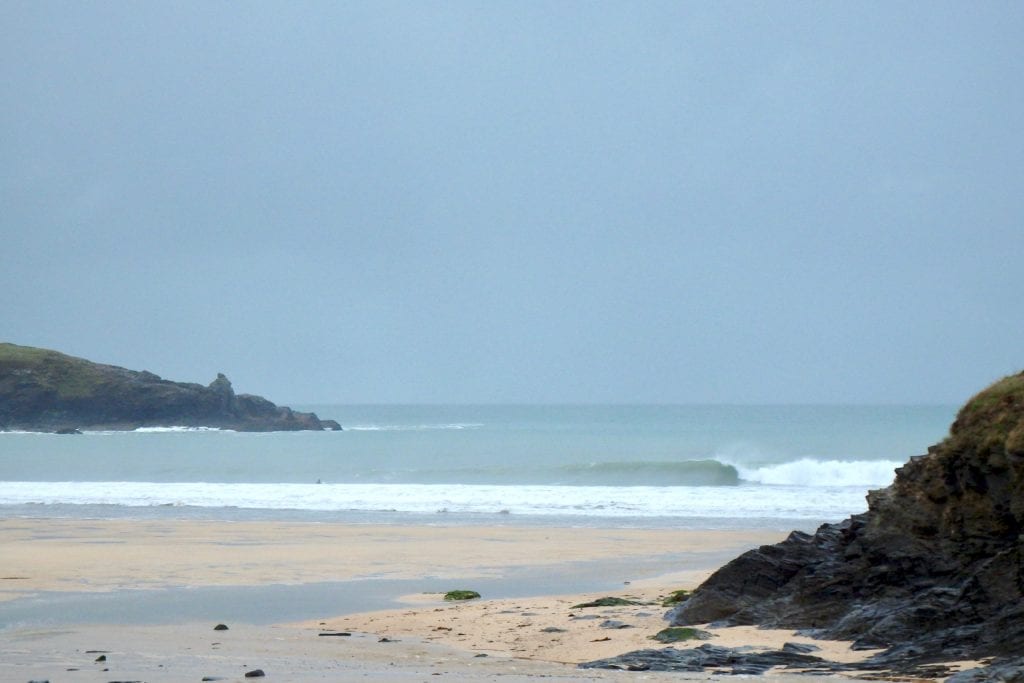 Set waves are exploding onto the sand at Harlyn this morning, the tide looking low even though there’s another few hours to drop.
Again, it looks deceptively small but when you see the one guy who’s out dropping into those long and zippering walls, then you can see that it is more three to four feet than two to three.
And the swell should be building through this afternoon.
It looks better than was expected and should improve through the rest of today! 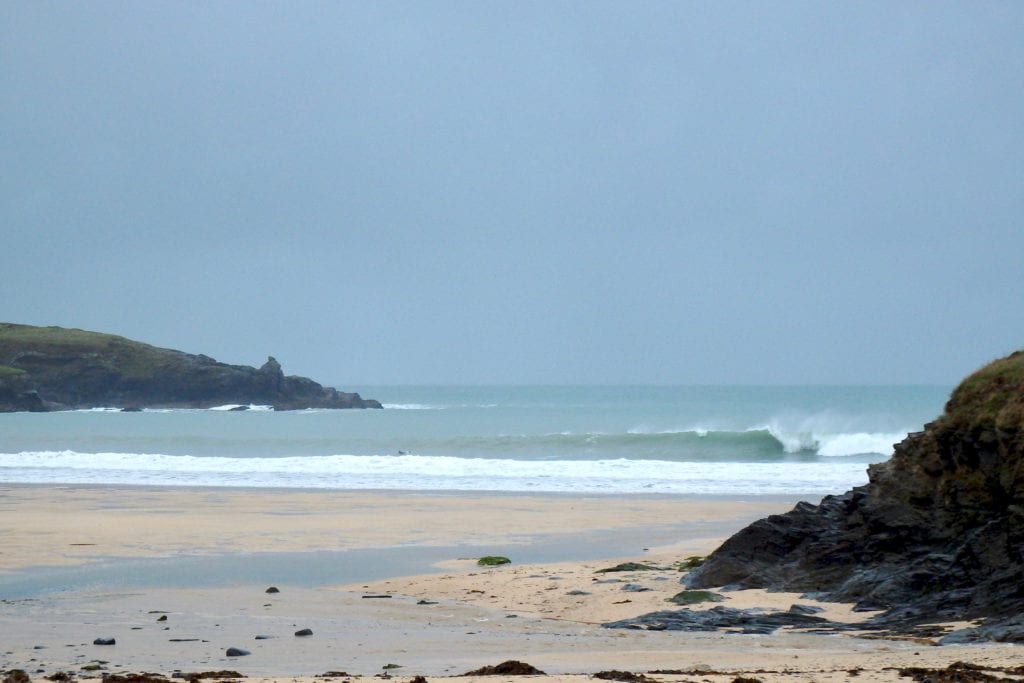 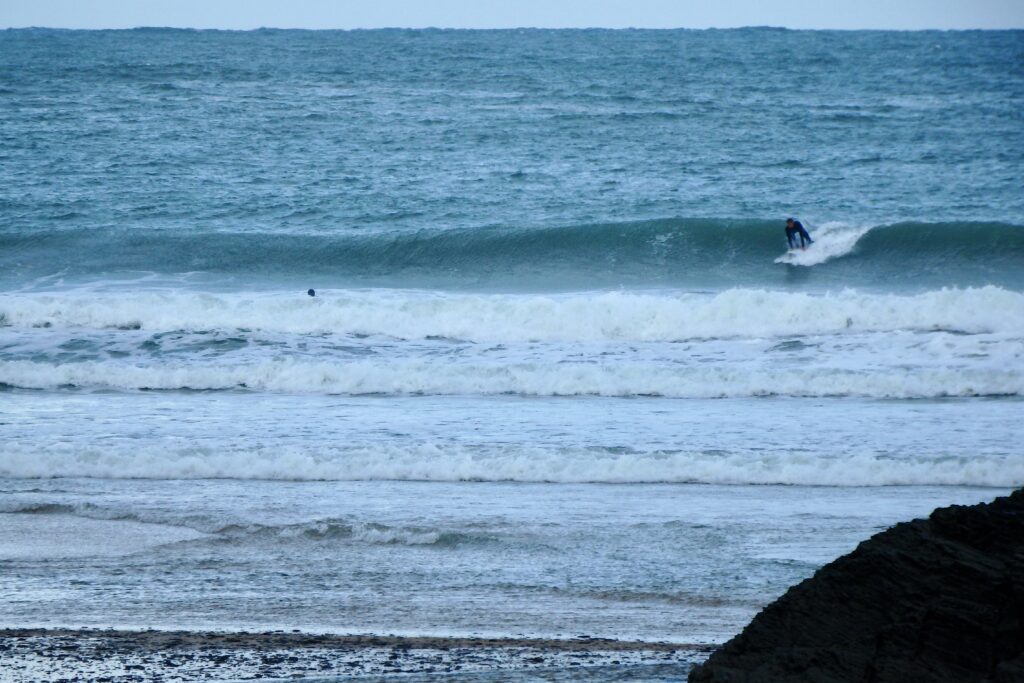 Brisk southerly winds are likely to be pushing and pulling a big and punchy swell as it blasts our way all day long.
Other places are likely to be better than here today, maybe Fistral or somewhere like that, although it probably won’t be big enough for the Cribbar to fire properly.
These southerlies are almost onshore at our main breaks here, other than Harlyn of course. But it is nice to get to somewhere more open and peaky sometimes, somewhere with some space, especially when it’s big.

After an awesome start to the week we will be seeing quite a breezy and sometimes more stormy time of it.
Monday should be one of those days with light offshores helping shape the four to six feet of immaculately smooth swell into something even more beautiful by the time those waves hit the surf breaks.
The wind is likely to pick up again through Tuesday a brisk southerly shaping some pretty but smaller waves at Harlyn while chopping out our favourite breaks.
That wind will blow harder through midweek while backing more westerly, helping to push in some more big to really big swell. But there are only going to be a limited number of breaks that will hold that swell in that wind.
We might be putting in some miles to get the best out of this swell.
And that’s the story of the rest of the week and right through the weekend; gusting onshore are going to be pushing thick and lumpy swells our way, getting really big for a day or two and then dropping to big enough to still seek out those sheltered spots.
Harlyn is likely to be our friend this week!
Have a great week, wherever you are and whatever you’re doing!