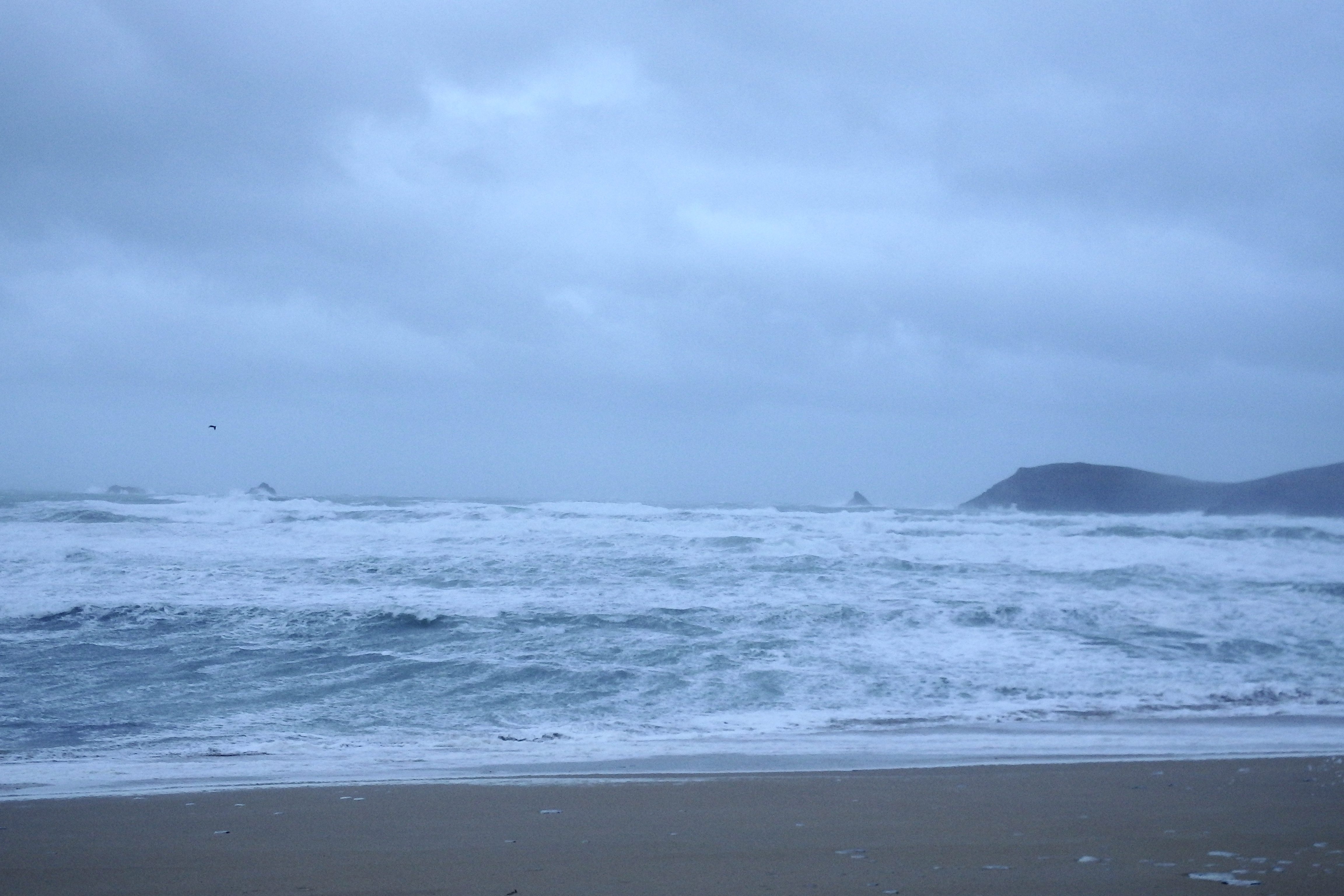 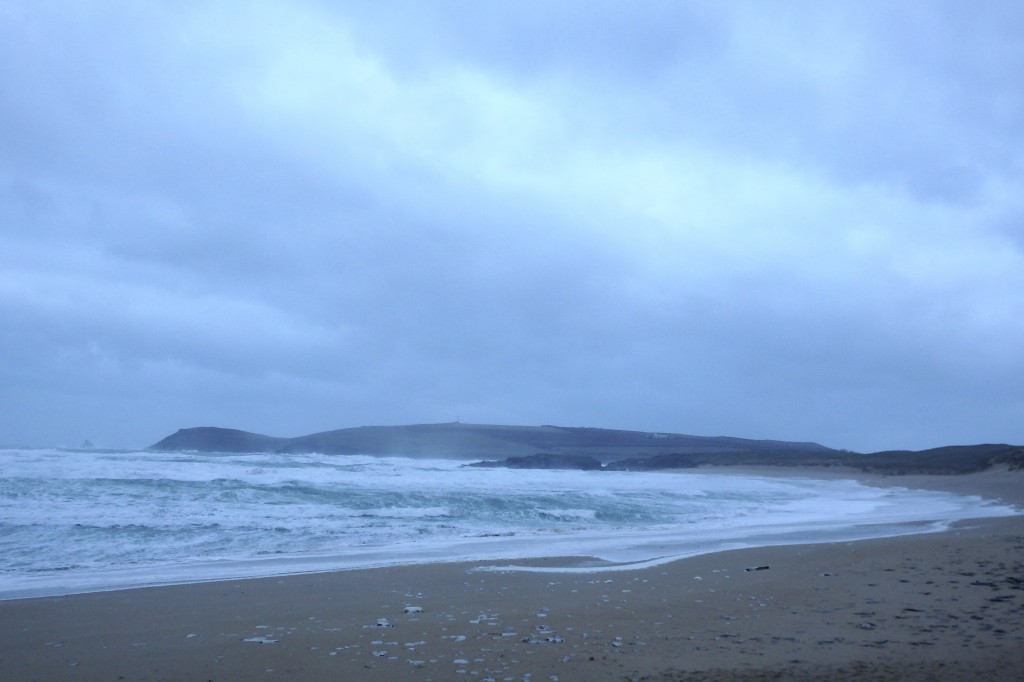 That is an intense storm that’s blasting through this morning, much more fierce than was forecast, the wind roaring from the north west and sandblasting anything in its way.
It’s an extreme blow in a winter of extreme blows!
And so the surf is a windblown mess of mixed up madness, those big and angry waves prowling the shore as trees and hedgerows limbo-dance to the shrieking and roaring rhythm of nature.
It’s not a place to loiter this morning, those stinging downpours are drenching when they arrive and that howling wind is making it difficult to stand.
It is still kind of strangely attractive though! 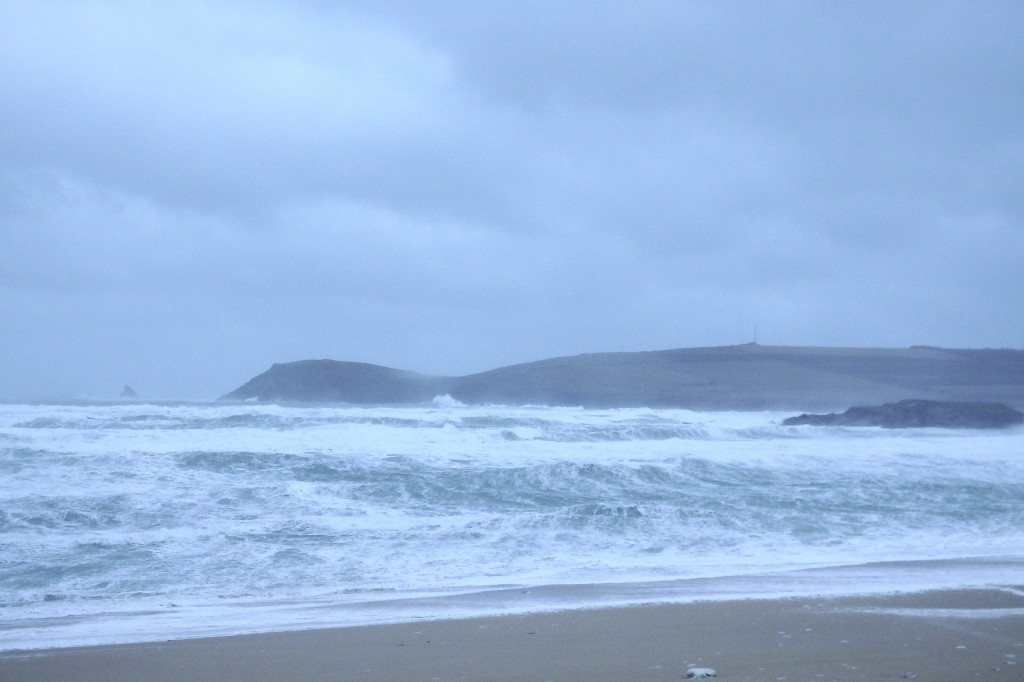 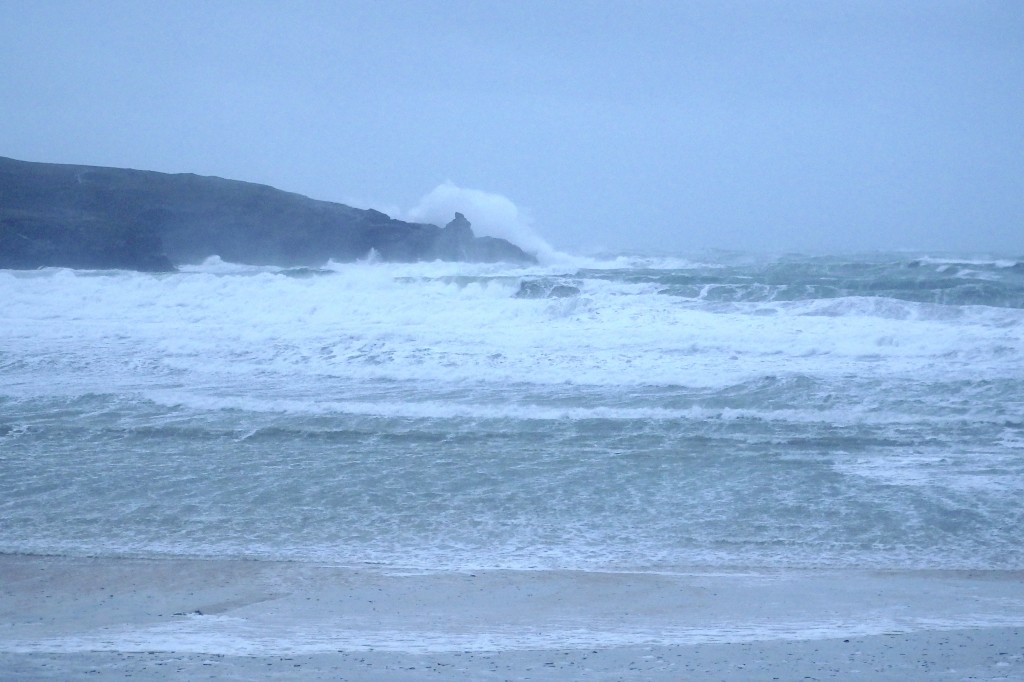 A beachfull of sand is being blasted into the car park this morning as that stormy north westerly bullies it’s way into the bay. The sea is being tossed and turned every which way, those angry waves battering the rocky headland and blasting the already tightly compacted sand.
If you could harness a small proportion of the energy in flow here today, you could probably light up the seven and a half thousand our so homes that have woken up to no electricity!
There is some sunshine pushing its way through in the distance as well though!
So, don’t go near the water today, not unless you want an extreme battle with nature! 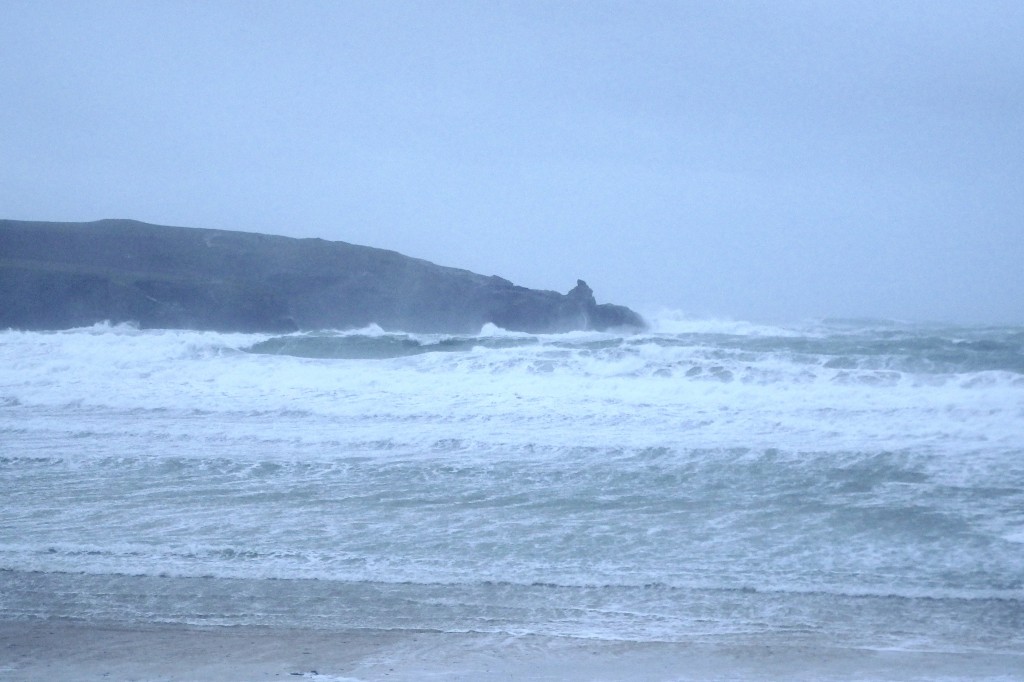 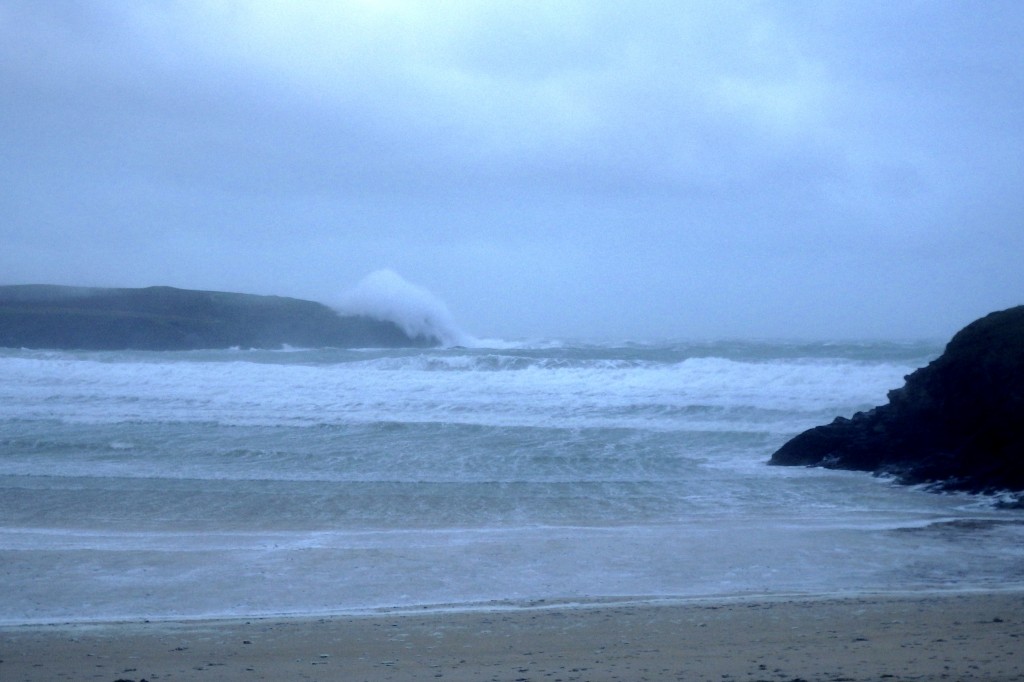 The surf will have dropped a lot, as too should the wind strength.
But the wind will still be blowing strong, more from a straight northerly direction but still ruining that mixed up wash of waves.
The south coast might have some great surf if the swell is rolling their way but this coast is going to be pretty much trashed all day long.

Another week of onshore winds is expected this week, the wind swinging more westerly for Tuesday before reverting to a big north westerly storm for midweek.
So, two to three feet of choppy and messy surf is as much as we can expect at our main surf breaks this week before exploding into those big and stormy conditions on Wednesday. It should be big enough for the south coast by midweek but is likely to be too windy for there as well until maybe Thursday. Then it could just get good down there. This coast though is likely to see only a blown out mess of mixed up surf throughout the week.
Hmm, I wonder if it’s too late to skedaddle off for a quick surf search before the busy season kicks in?
Have a great week, wherever you are and whatever you’re doing!