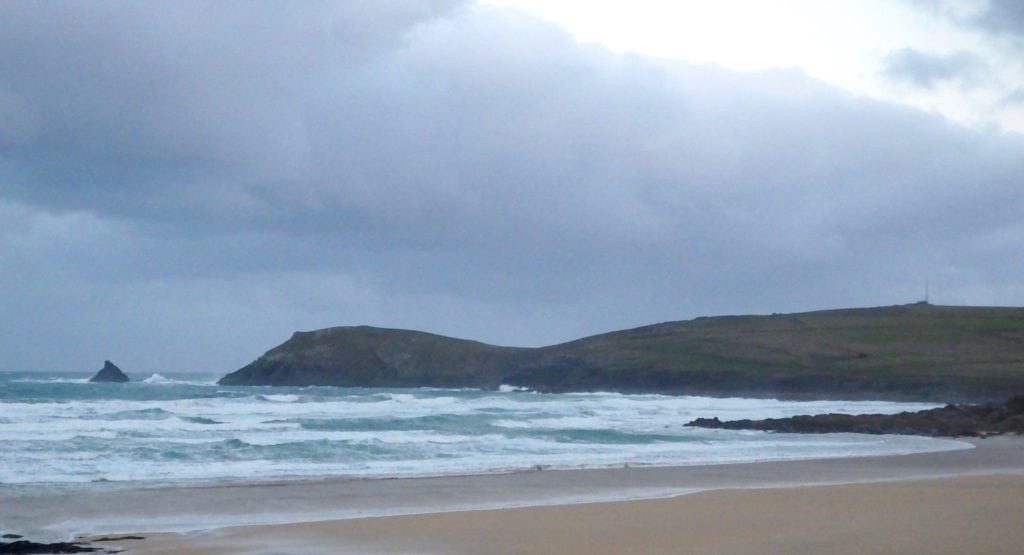 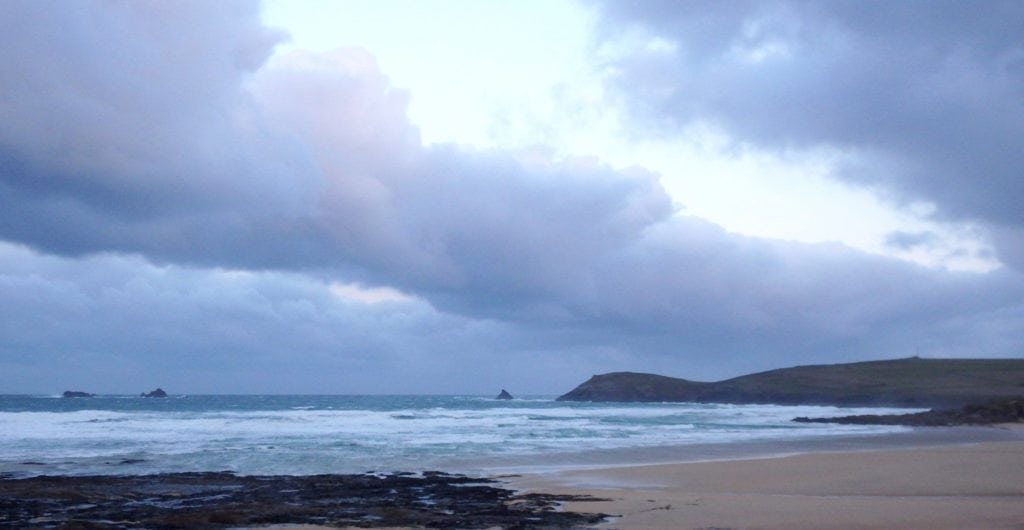 The winds of change are blasting across the Atlantic this morning, a wild and stormy, uncomfortable surge of discomfort.
It’s a cold one too.
Those rain sodden squalls are pushing heavy downpours our way but with a band of brighter sky trying to move our way. In the meantime though the surf is being destroyed by gale force north westerly winds, the sky is a mixed up mess of stormy clouds edged by something brighter and the temperatures are low and getting lower.
Hello Winter my old friend! Those stormy winds are blasting straight in here this morning with four feet but out of control waves exploding onto the headland.
It’s not a place to consider entering the water, not today! 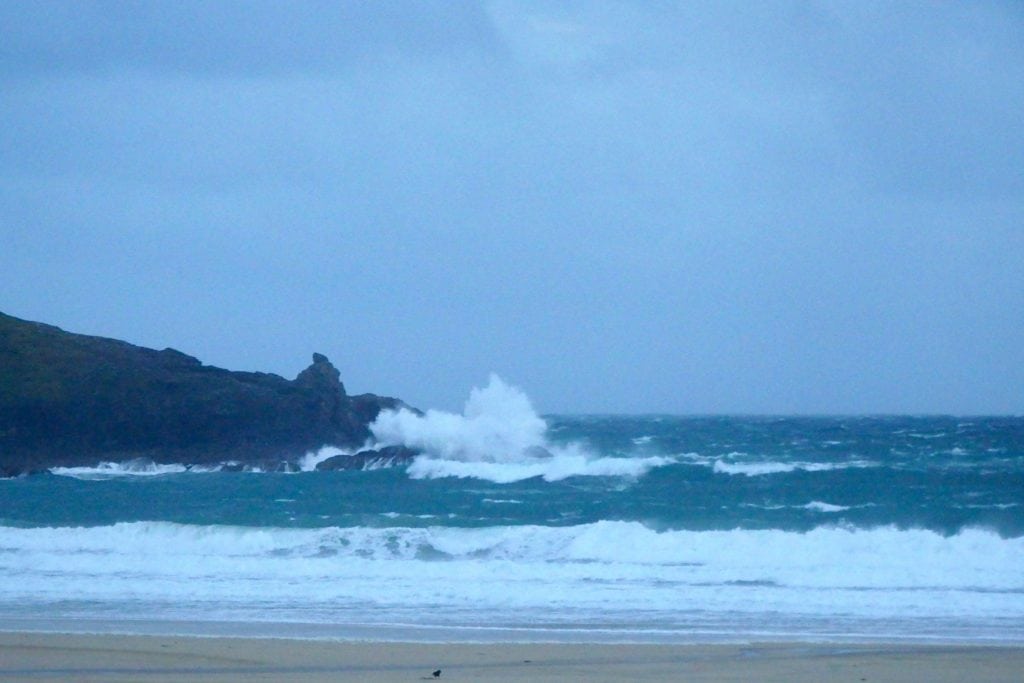 More screeching and howling, onshore winds are expected to continue to blast their way ashore throughout today.
Those cold north westerly winds are going to destroy any waves that are blown onto our shores today!
Another south coast day beckons!

A breezy and stormy week is waiting, the week having started out with a cold north easterly gusting offshore against some tiny waves but quickly swinging onshore through Tuesday.
Wild north westerlies will be blowing through by Wednesday, those stormy winds continuing to blow hard from the north west for a couple of days at least.
Hopefully a new swell will arrive by then too, at least allowing some bigger waves to be blown in and opening up some potentially attractive south coast opportunities.
And that’s the way it’s likely to stay for most of the rest of the with screeching and howling onshore winds, mainly blowing from the north west and junking out the building surf.
Yes, it could indeed be a good week to aim for the far coast!
Have a great week, wherever you are and whatever you’re doing!