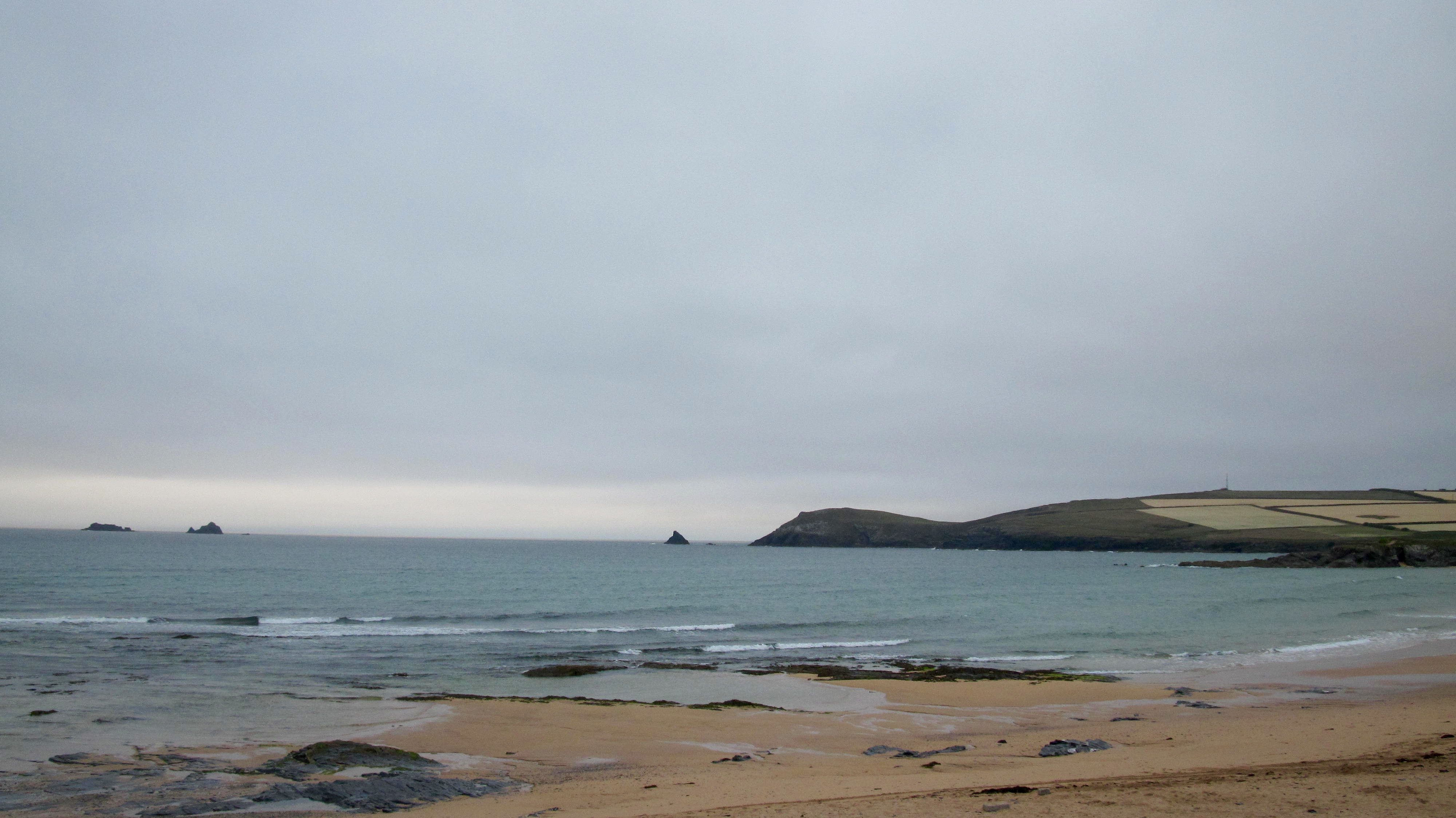 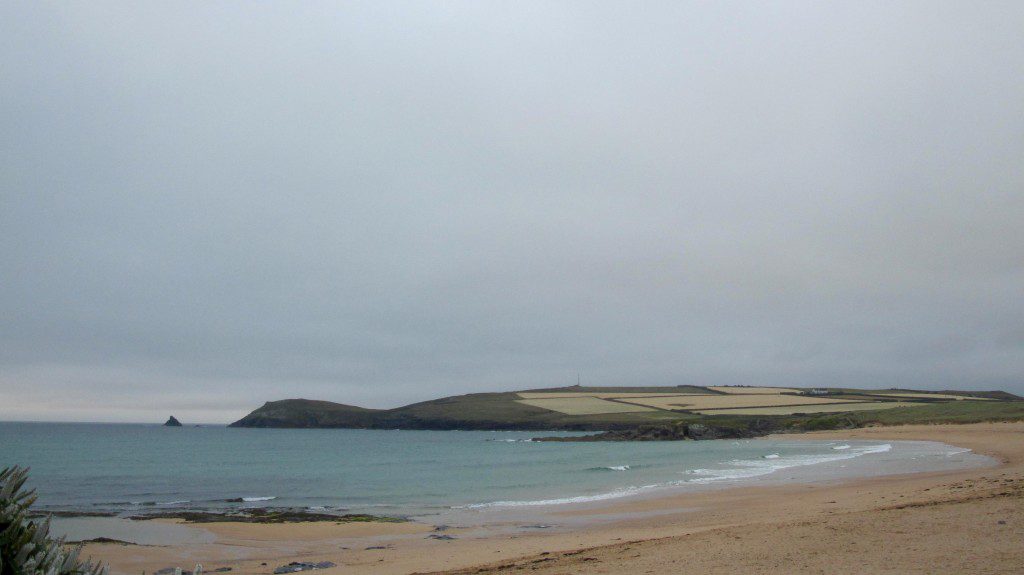 This morning is starting out warm but grey.
And getting greyer.
The light wind is gently drifting in from the south west, wafting damp and fragrant air across the bay, that grey and rainy sky staring to merge across the horizon into the sea.
The surf is tiny; a foot or so of crumbly waves but it is managing to line up a little though. It should be worth dragging a longboard down there for a glide or two but it’s not going to be great.
Give it a few hours though and the surf should increase and improve as the wind strengthens and starts to push through some bigger waves!
I would imagine that we could be sloshing across some three foot stuff by this afternoon.
It should brighten up by then as well! 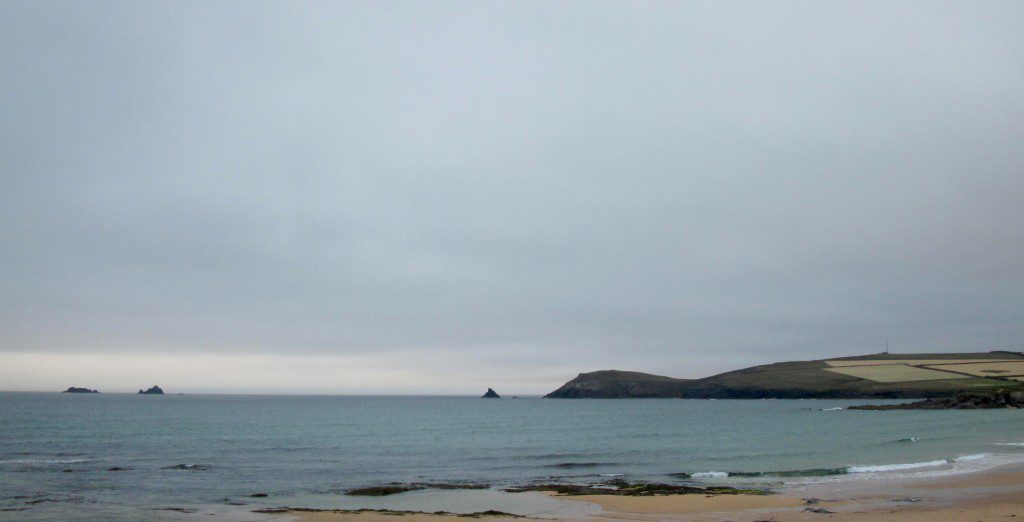 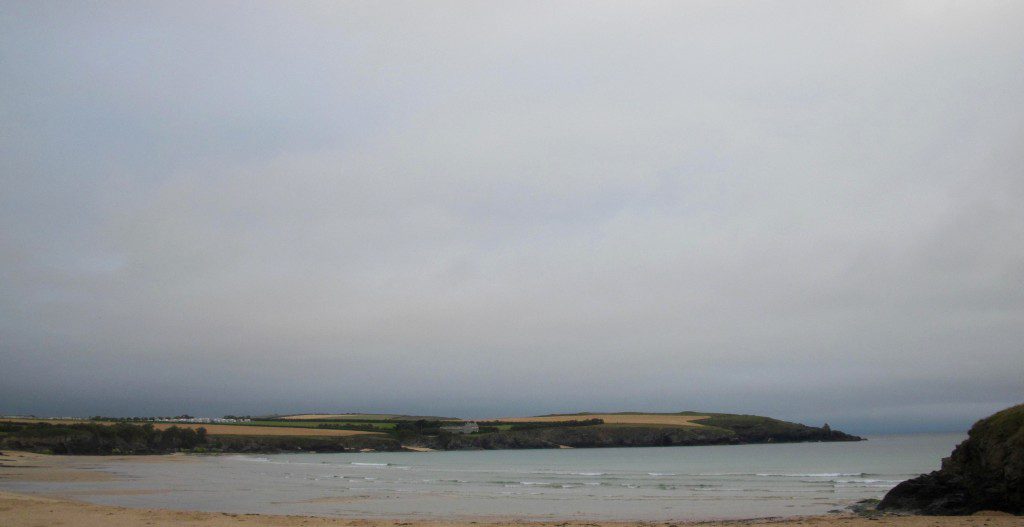 It’s pretty flat around here again this morning, six inch ripples glassily peeling across that sandbar ahead of high tide. It’s such a shame that it doesn’t break like that when it’s big enough to ride!
But gove it a few hours, there could be some little rideable ones managing to swing into the bay. Only tiny but maybe rideable.
But not until later. 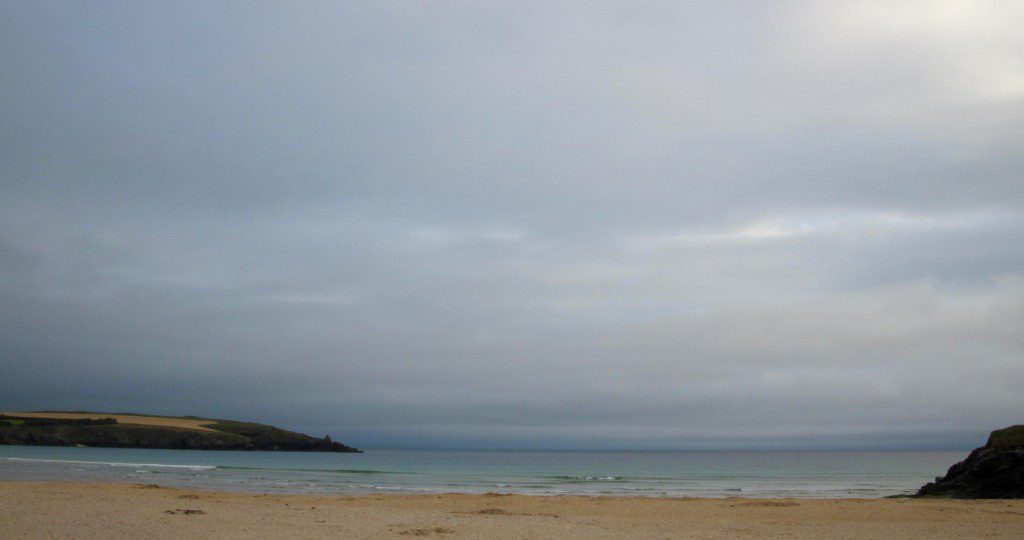 We can expect a three to four foot windswell to be rolling into our bays and coves today, providing the choice between surfing three to four feet and onshore west facing surf breaks or smaller, two feet maybe Harlyn.
We can expect some bright spells to be mixed up with those occasional heavy showers today too!

These summer doldrums look set to continue throughout the week with light onshore winds steadily blowing through and pushing a couple of feet of mainly wind swell our way.
We may enjoy some slightly bigger surf through midweek, hopefully with a south westerly wind which could make Harlyn become a small wave option for a day or so. But generally we are looking at a mainly bright and cheery week of small but playful, summer surf!
Have a great week, wherever you are and whatever you’re doing!