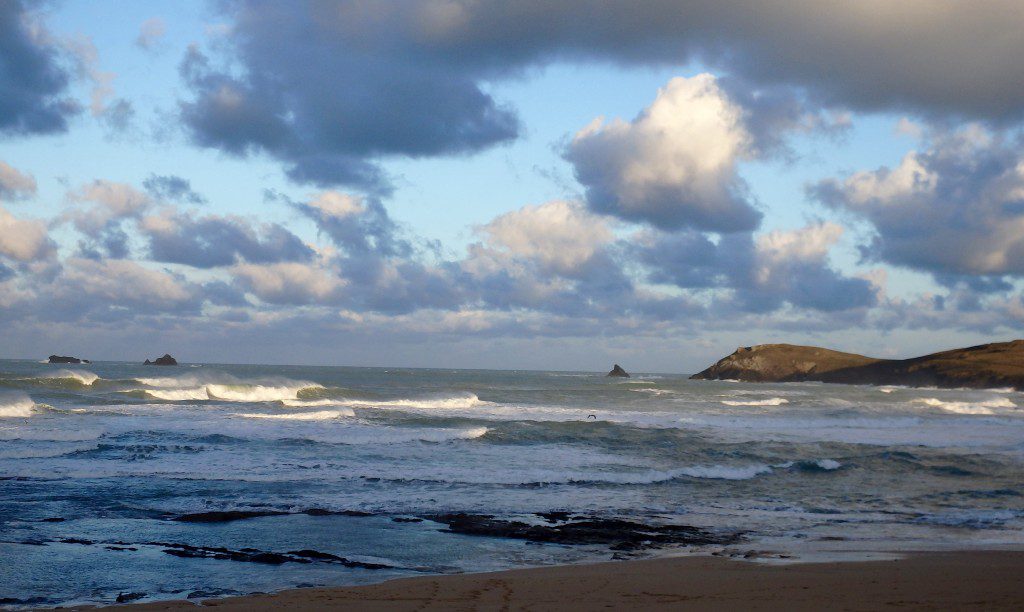 It’s a brighter one this morning, breezy and chilly but lighter and cheerier!
There’s a gusting north nor’ easter blowing some cold air our way while just managing to stay on the offshore side of sideshore.
The swell has dropped a lot but there are still some meaty sets marching in, easily in the five to six feet plus range.
So those big right-handers seem to be the ones, those ones sheltered by the headland, those slab-perfect and tubing ones.
the tide is going to be too high in a minute but give it a few hours and we could be having some fun! 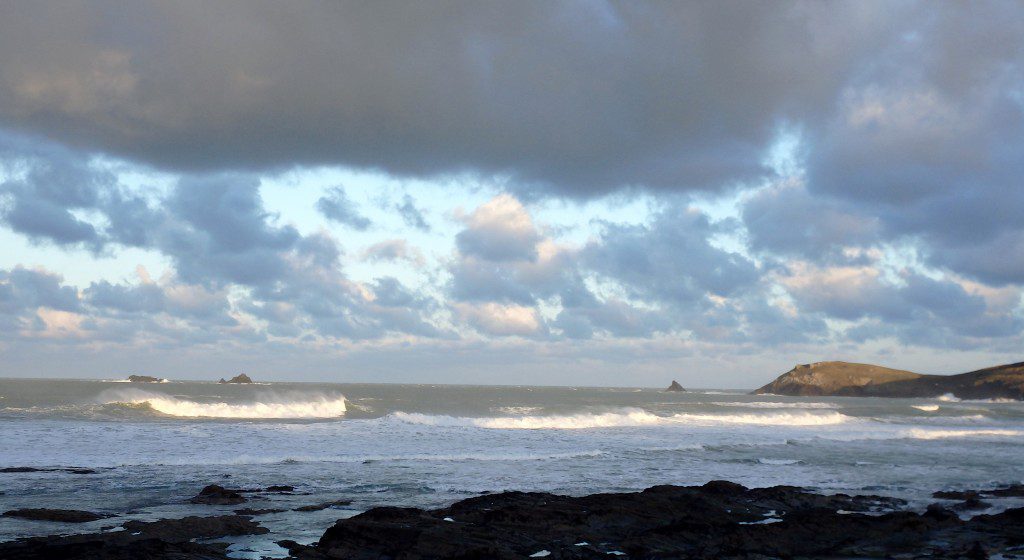 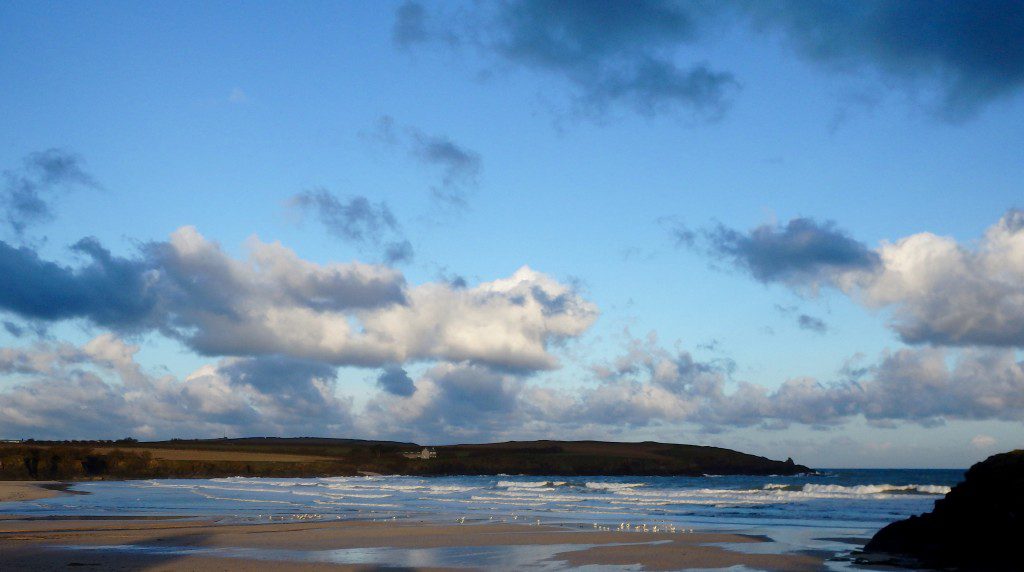 This north nor’ easterly wind is quite fresh and it’s blowing onshore here. And so the three to four feet of mixed up surf is pretty choppy and broken up.
It has that deep blue look of a cold winter surf to it as well this morning!
So, it’s not the place to be surfing today. There will be other places breaking really well on the other side of the headland, while the far coast could still be showing some style! 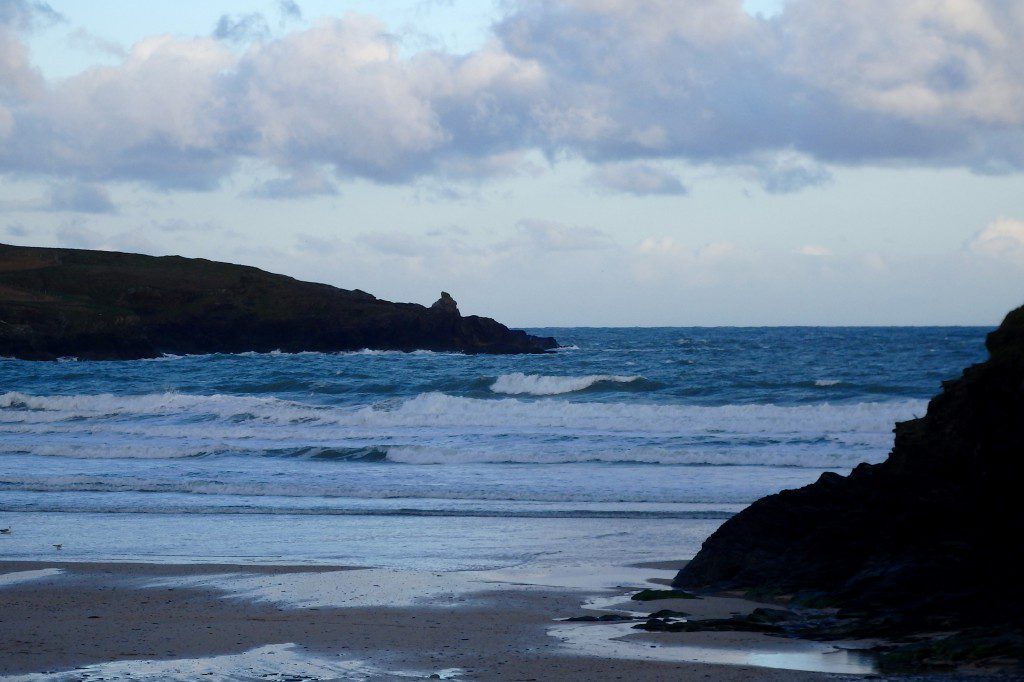 A four or five foot swell with a south sou’ westerly wind is being forecast and that will likely result in a fun day at Harlyn!
It should be a couple to three feet and offshore pretty much all day long!