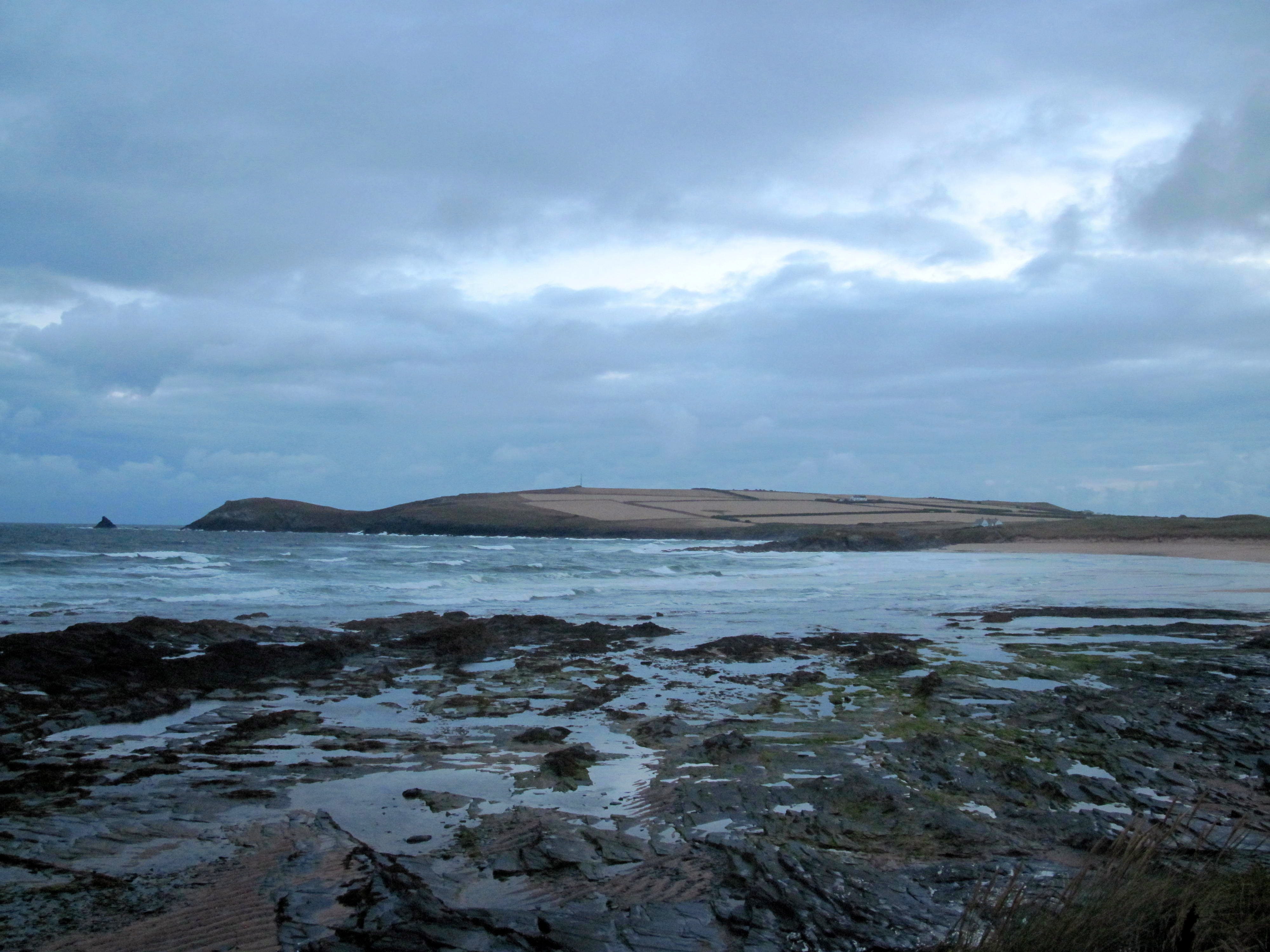 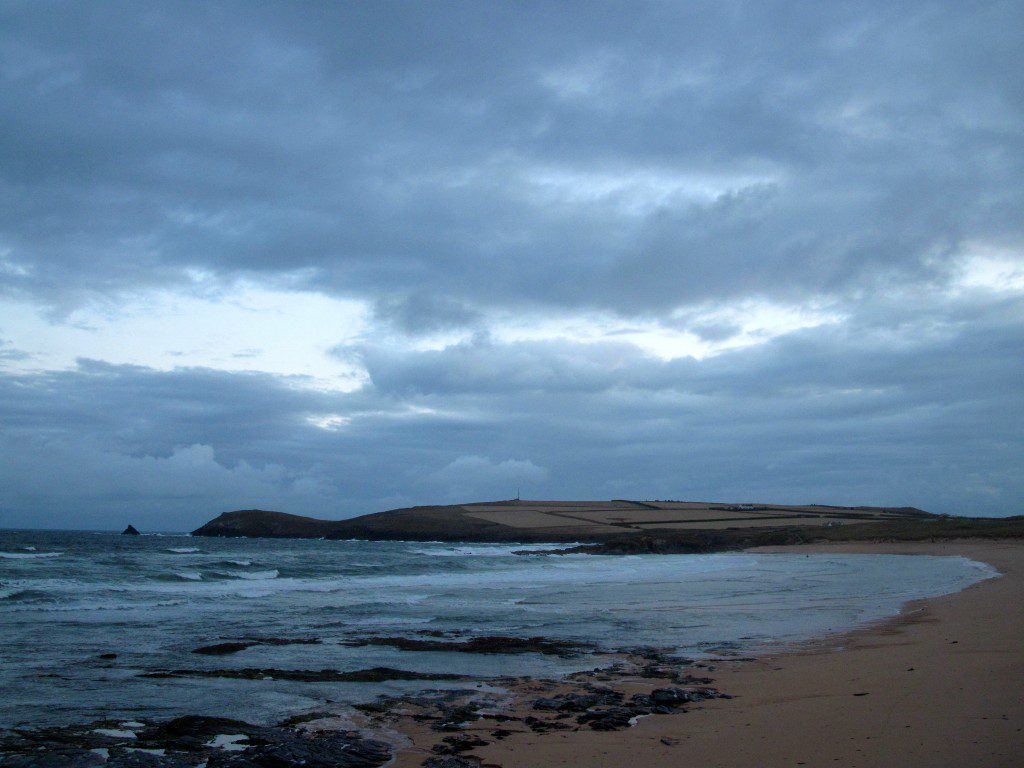 It’s a cold and windy and damp one this morning, in spite of last night’s wonderful sunset.
A chill and blustery, west north westerly wind is gusting into the bay, pushing in lots of three to four feet or bigger, grey and lumpy waves. It’s a bit of a bleak view with dark cloud banks threatening from just over there, thin slivers of blue giving up hope.
And so it’s a mixed up mess of surf, chunky but close-fetch stuff to battle through for a fast and furious ride back to the beach.
It can be good when it’s choppy, those inside sections of waves hollowing out into churning and sucky little sections. That warm water helps too!
And that’s about as good as it’s going to get today. It might be a bit bigger on this evening’s tide, a bit sucker and bouncier on the dropping tide through midday but choppy all the time!

Good luck to all the guys getting their exam results today! 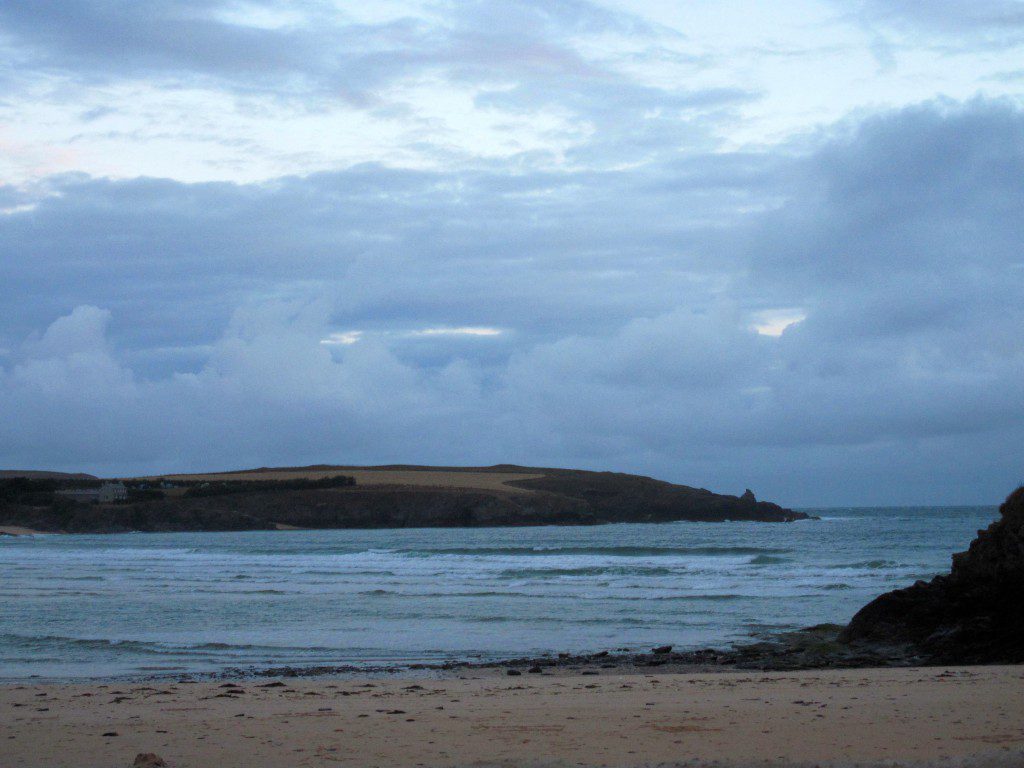 It’s looking just a bit better than expected around here this morning!
Don’t get too excited though, there is still only a couple of feet of surf and that wind is still messing it up. But occasionally there are bigger waves and the wind isn’t affecting it as much as you might expect. There are some fun looking walls zipping off the Rock a couple of hours or more ahead of high tide and there’s an almost peak slamming down further over.
I think that you could have a fun session or two in those rain squalls as they blast their way across the bay!

A much brighter and lighter day should cheer us up but that wind is going to stick annoyingly to the north west, onshore everywhere (on this coast!).
That wind should be lighter than it has been but it is still going to make a bit of a mess of the smaller surf. A couple to maybe three feet of mixed up and bumpy surf is as much as we can hope for again today!

More onshore winds are set to blow through the end of the week and take us through the weekend too.
It should all be a bit brighter and more pleasant than that midweek chilly stuff, but the surf is still going to be sloppy and choppy. With just a little bit of timing and a little bit of watching you should be able to find some fun surf but it is likely to be mixed up and sloppy stuff.
But that water temperature is fine, a balmy (for the north atlantic) 20 deg C on average with the chance of warming up a bit further yet.
And that choppy, sloppy surf is much more fun when it’s warmer!
Have a great weekend, wherever you are and whatever you’re doing!