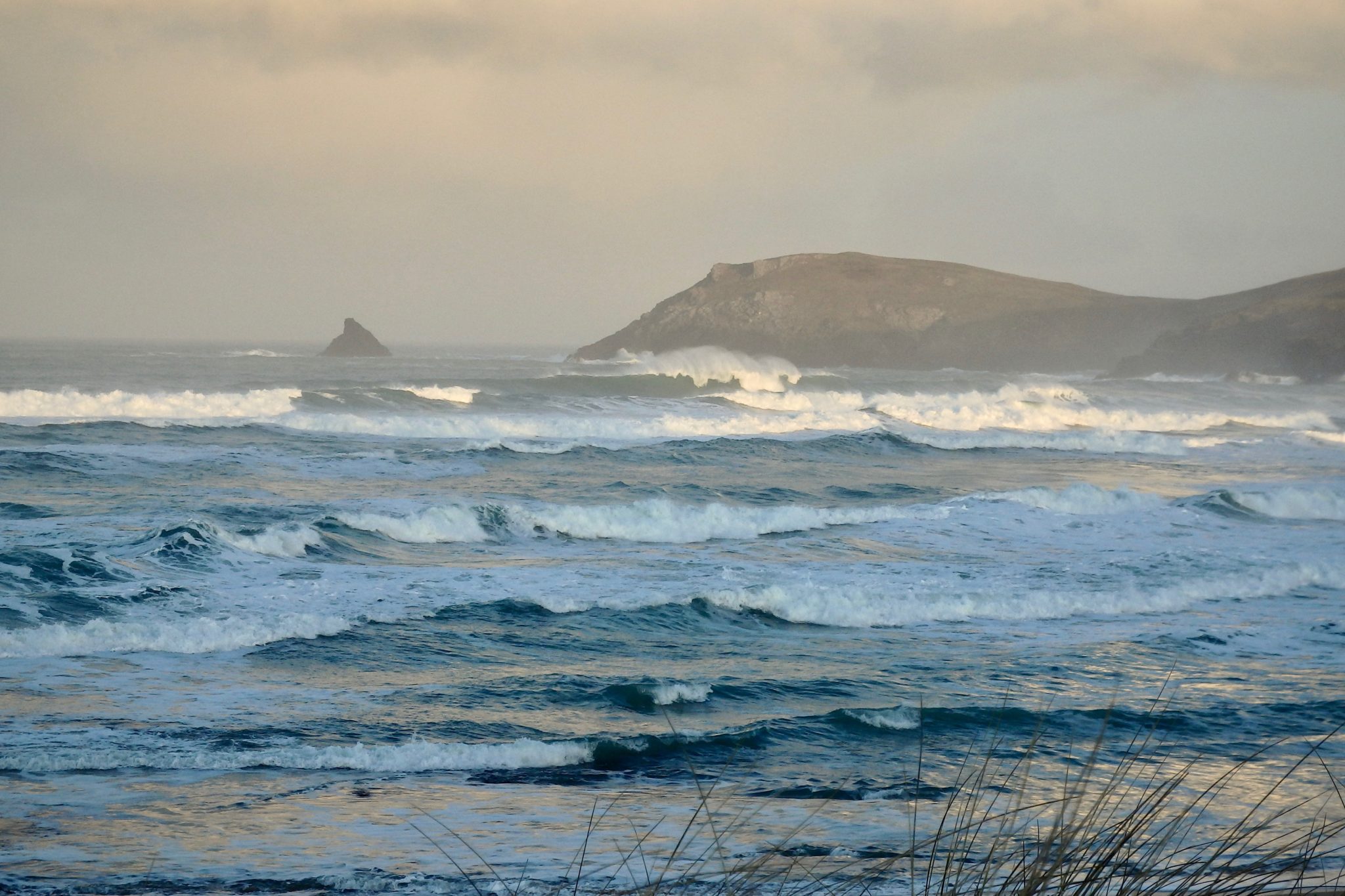 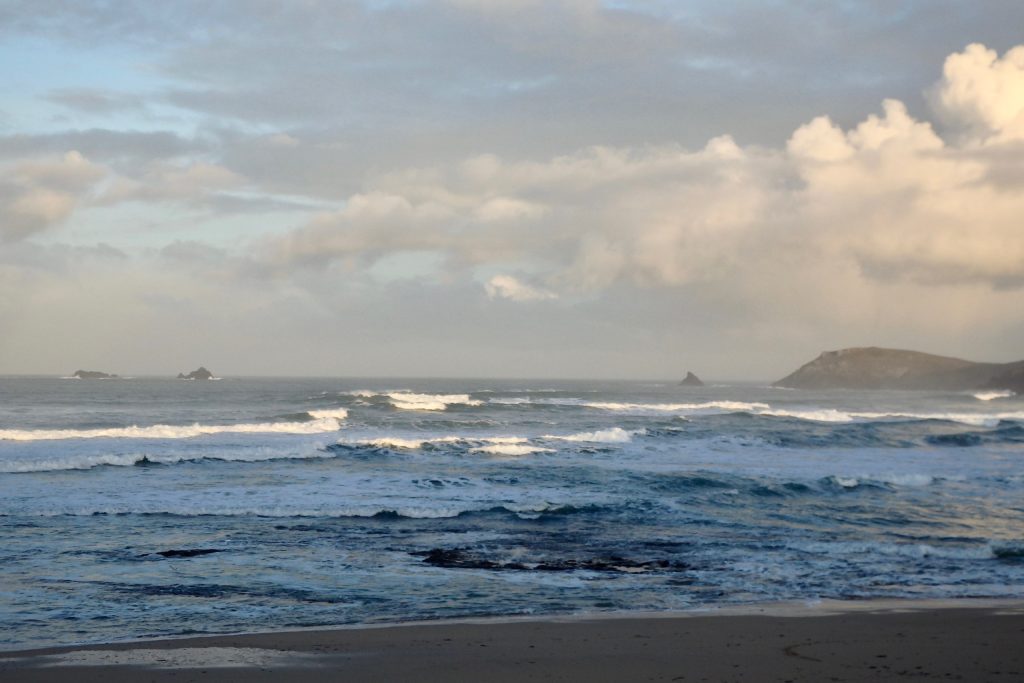 A beautiful morning is spreading down the coastline this morning, a fireball dawn on one horizon, blu-backed and thinning cloud bundles on the other.
The breeze is light and from the west, feeling like it’s on the way to the south.
And the surf is PUMPING!
Solid peaks are striding into the bay, pausing only to rear up and hurl themselves to shore, six to eight feet of thick and solid, still grey waves in long gapped sets. It looks like a beast of a paddle with rips scurrying across to Booby’s and back and some of those bigger sets doubling up to scour their way across the Reef.
There are probably much, much better breaks up and down the coast today, especially if you can find an angled point, or a mid tide river mouth or something but the weather is nice, you can almost feel a tingle of warmth from the sun, so it’s a perfect day to get out on a surfari and explore a little!

And we are starting our on our ‘End of Season Sale‘ this weekend!
Our final clearance of shelves and rails to make room for all those deliveries of lovely summer fun stock!
I’ll try and list a size range of which wintersuits are available but we have one or two Vissla wintersuits left at HALF-PRICE, a couple of Patagonia summer suits at the same and pretty much a whole range of Xcel wetsuits at 40% OFF!!
We also have Xcel Axis wintersuits which we normally sell for only £199.99 anyway but this weekend they are only £175!!
With 30% OFF our whole range of Patagonia clothing and even some at HALF-PRICE, as well as a couple of Vissla jackets and shirts, it should be well worth your dropping in on us this weekend! 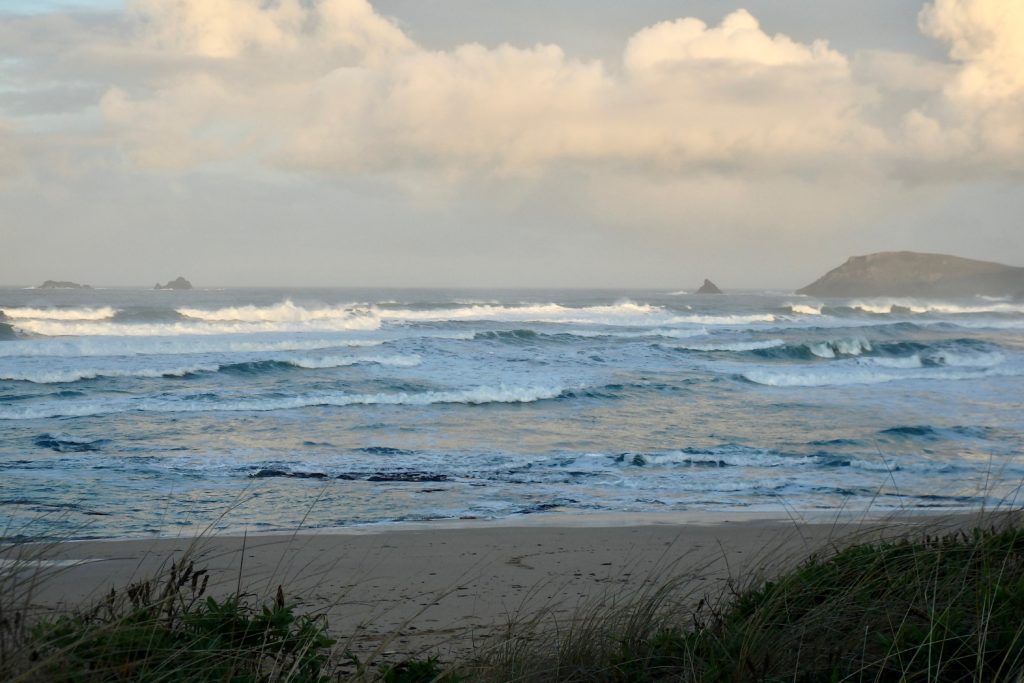 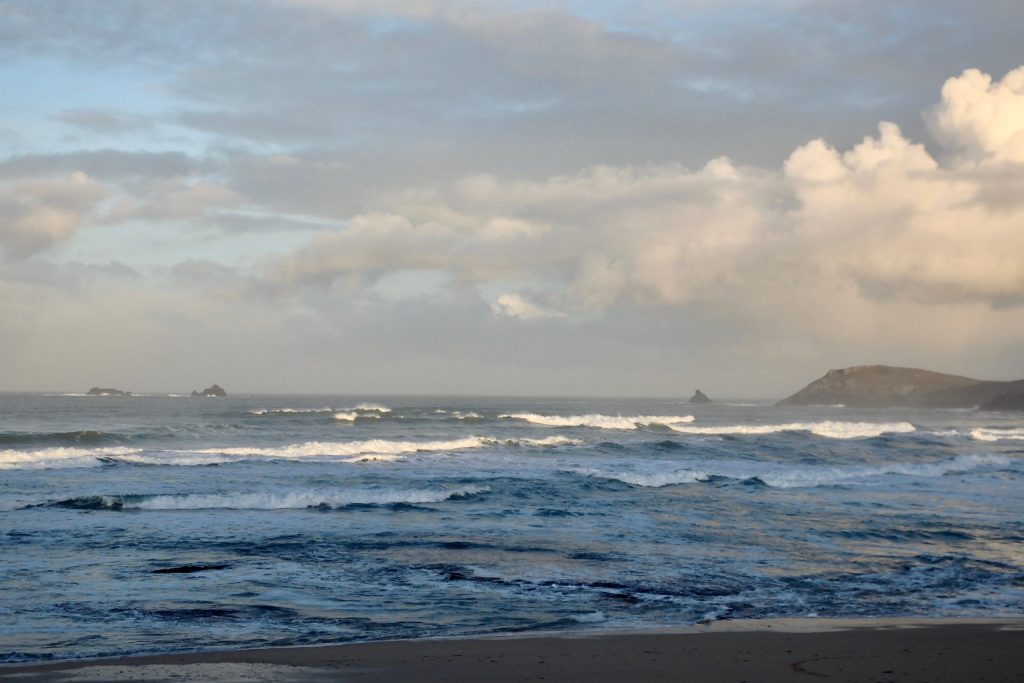 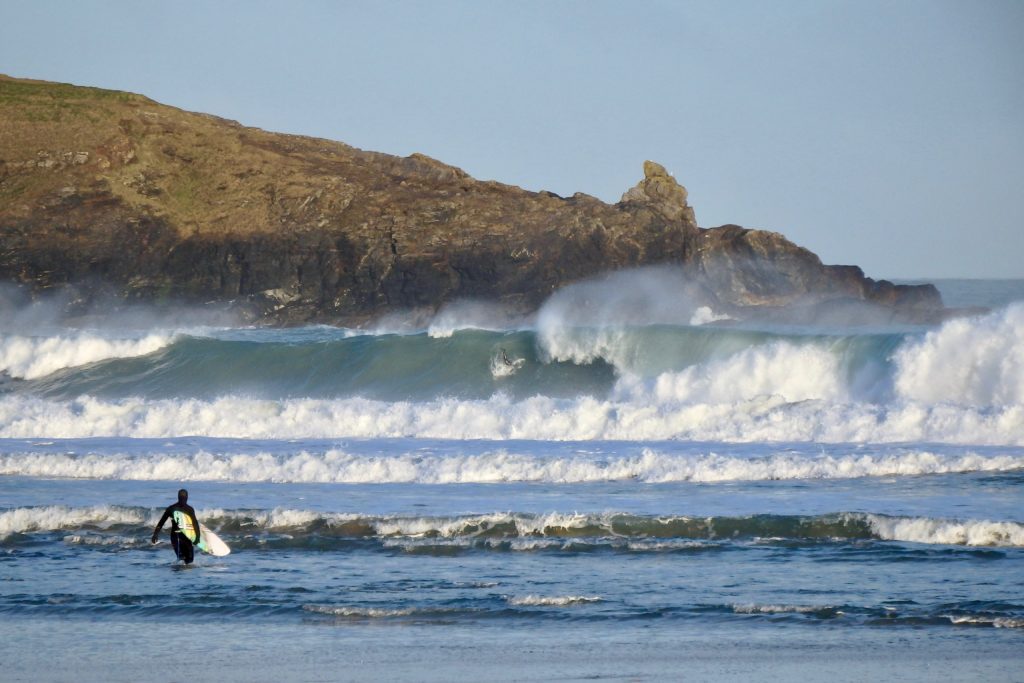 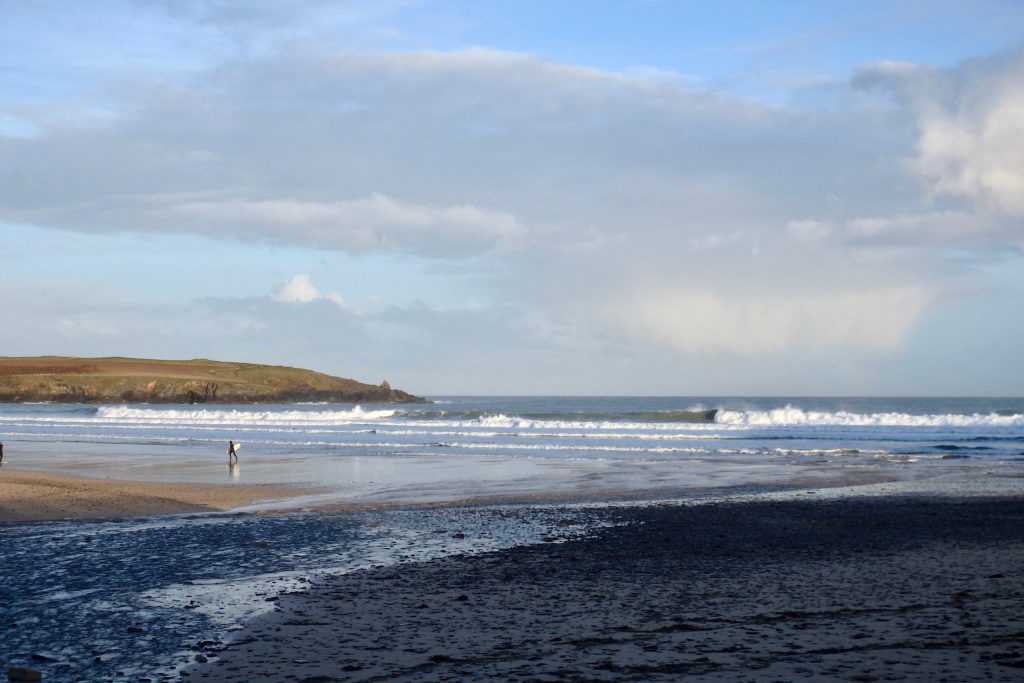 This is where the action is this morning and word seems to be out already; I was cut up in the carpark by a one van road race to the front row and Hilly was tooted out of the way while chatting on the bridge, so they’re keen!
With a half decent four feet of occasional lumps bumping through and some bigger ones threatening every twenty minutes or so, it’s driving most of the herd down to the corner while very occasionally some thumping right-handers are spinning off the Rock with some size and hollowness to them.
The swell is going to ease as the day goes on and the breeze is likely to settle more to the south while the sun should find another half a degree or two of warmth.
Yep, it should be a good ‘un today! 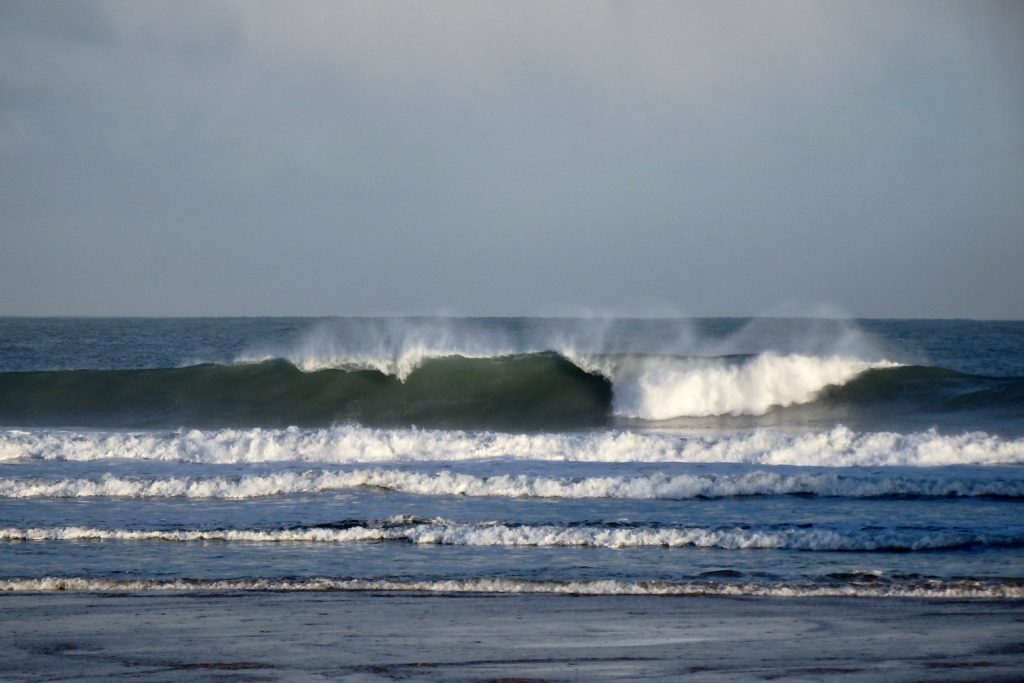 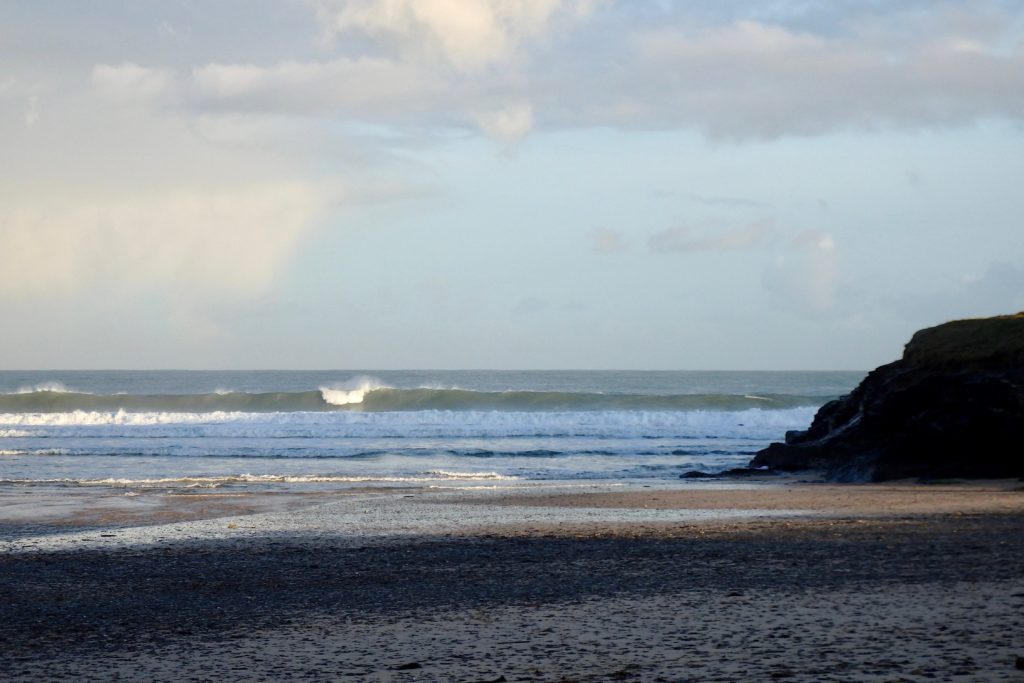 Light onshores are going to add just a little bit of frustration to our day as an otherwise fun three to four foot swell rolls our way.
Starting out from the north west that breeze should soon ease its way to the south west at least adding some shape to the smaller but eventually cleaner waves around at Harlyn.
And we should be enjoying some more pleasant sunshine too!

A mainly pleasant weekend looks like it’s waiting for us with light winds , some bright sunshine, a little dampness and a lot of surf.
Light westerly breezes are likely to be brushing three to four feet of lightly slopped surf through on Saturday, slipping to the south west later on and maybe allowing some smaller but cleaner waves to shine at Harlyn through the afternoon.
South westerly winds are expected to blow steadily through Sunday, hollowing out an expected half decent three feet of still punchy, mid-teens period swell.
A fairly typical winter’s Sunday of Harlyn surf is expected with the usual hullaballoo of fun surfing.
And that should kick off a quieter week of okay surf and some mixed weather.
Have a great weekend, wherever you are and whatever you’re doing!