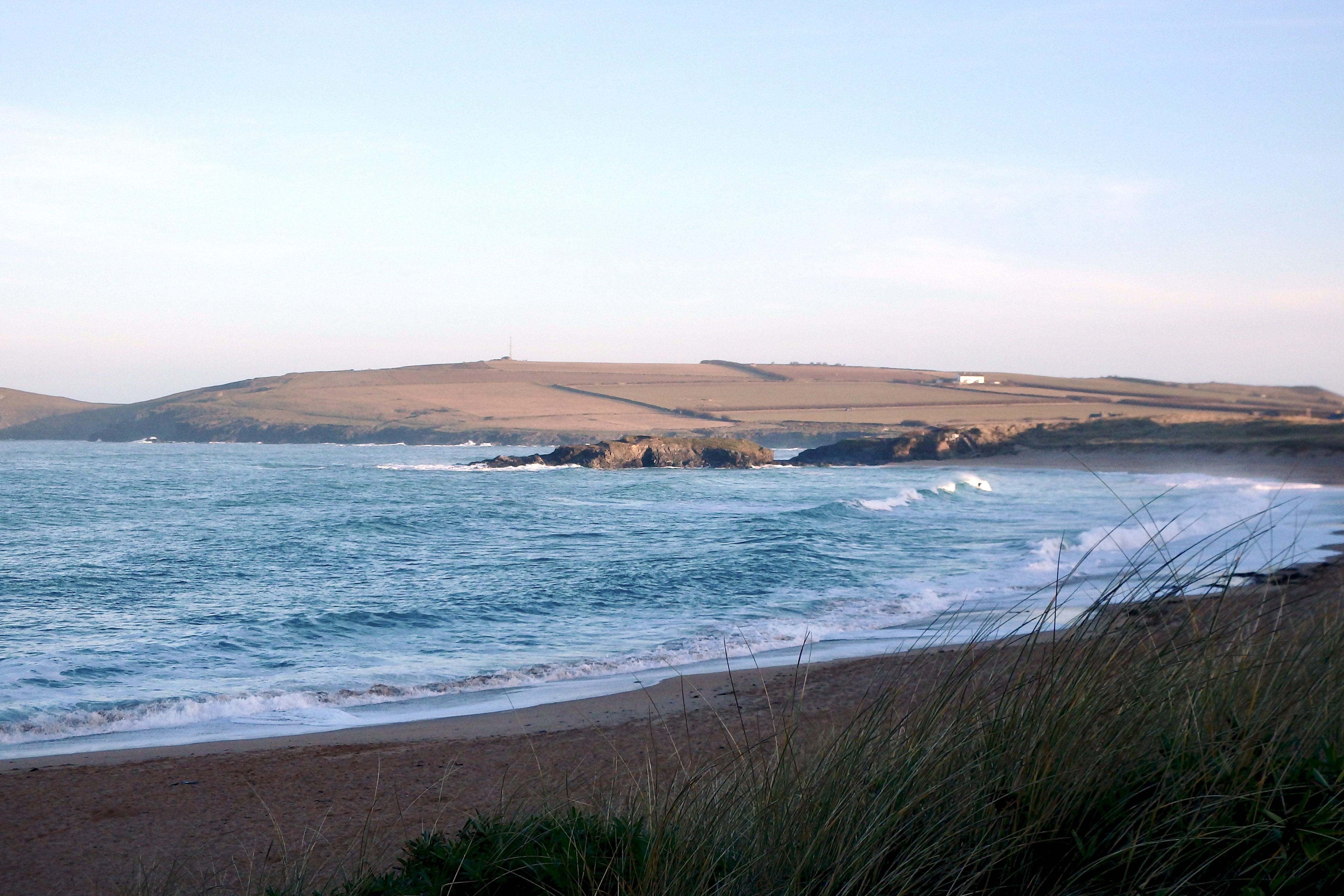 A bright and breezy early morning is just a little spoiled by the chilly wind that is gusting in from the west north west.
And that wind is making a mess of the otherwise sparkling and glinting four to six feet of growling surf. Give it an hour or two and it is likely to be overcast and damper, as well as the surf being choppier!
Ah well, luckily enough the Cornish Arms Beer & Mussel Festival (https://www.rickstein.com/news-offers/blog/beer-mussel-festival-2017) is kicking off this afternoon! 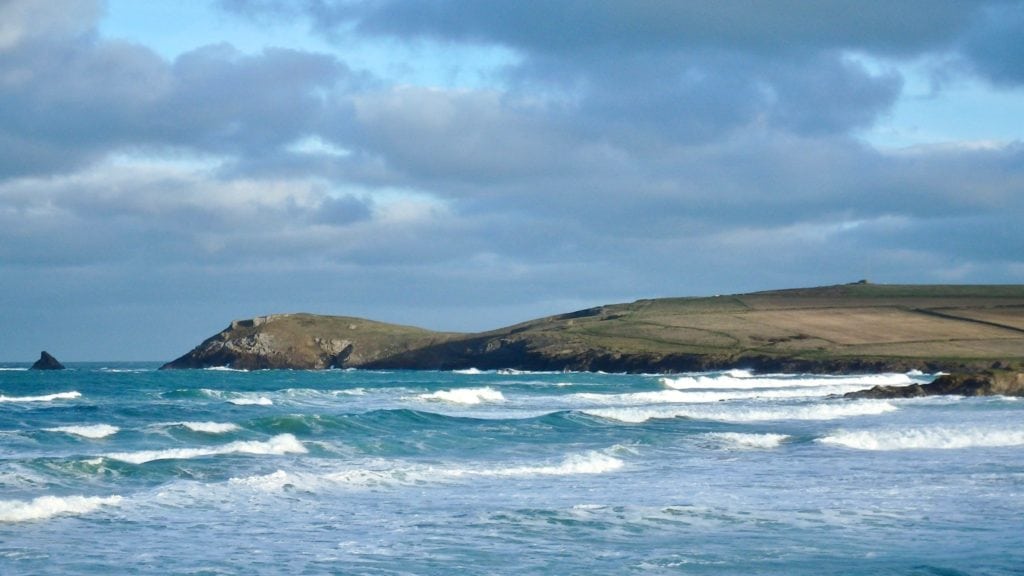 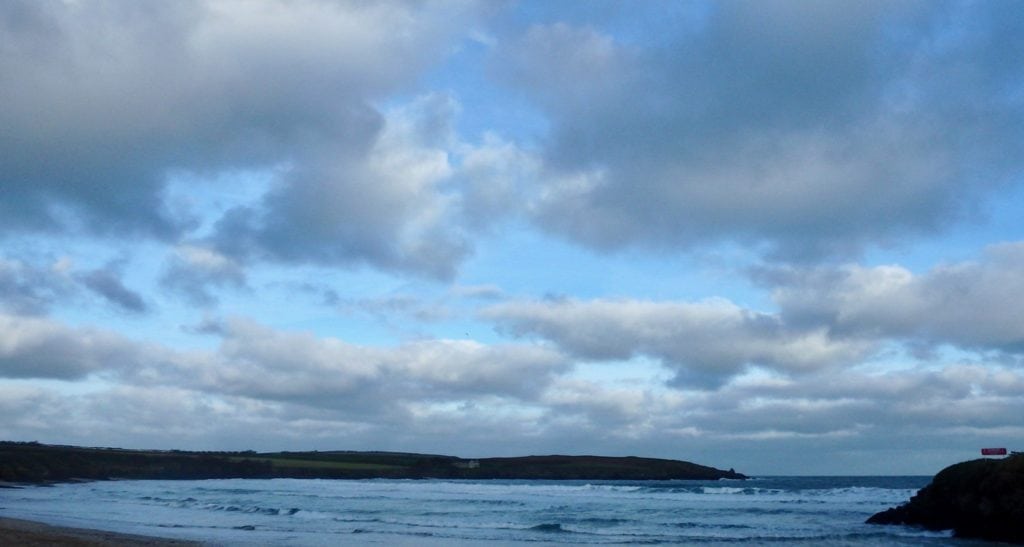 Three feet and bigger of windblown waves are dumping ashore here this morning, the odd one reeling across the sand but mostly just sloppily closing out!
The tide might improve things but the wind is only going to blow stronger! Ah those onshore winds! It looks as though we are going to be plagued by westerlies all through this weekend again.
With a solid, rolling four to six feet of swell thumping our way throughout the weekend, Harlyn looks the most likely spot for some decent surf.
Even so, Saturday looks as though it might still be blown out even at Harlyn, that wind having a little too much north in it for most of the day.
The south coast might be beckoning if you’re keen!
Sunday might be more fun at Harlyn, a little southerly direction creeping into that still gusting wind.
A building swell be crunching in, hollowed out by that wind at Harlyn, so we should see some sand dredging barrel action for at least part of the day and getting quite big by dusk!
And that looks like the way of it well into next week too, those gusting onshore winds varying from south west to north west and back again, while all the time the surf surges and recedes in the four to six feet region.
Have a great weekend, wherever you are and whatever you’re doing!