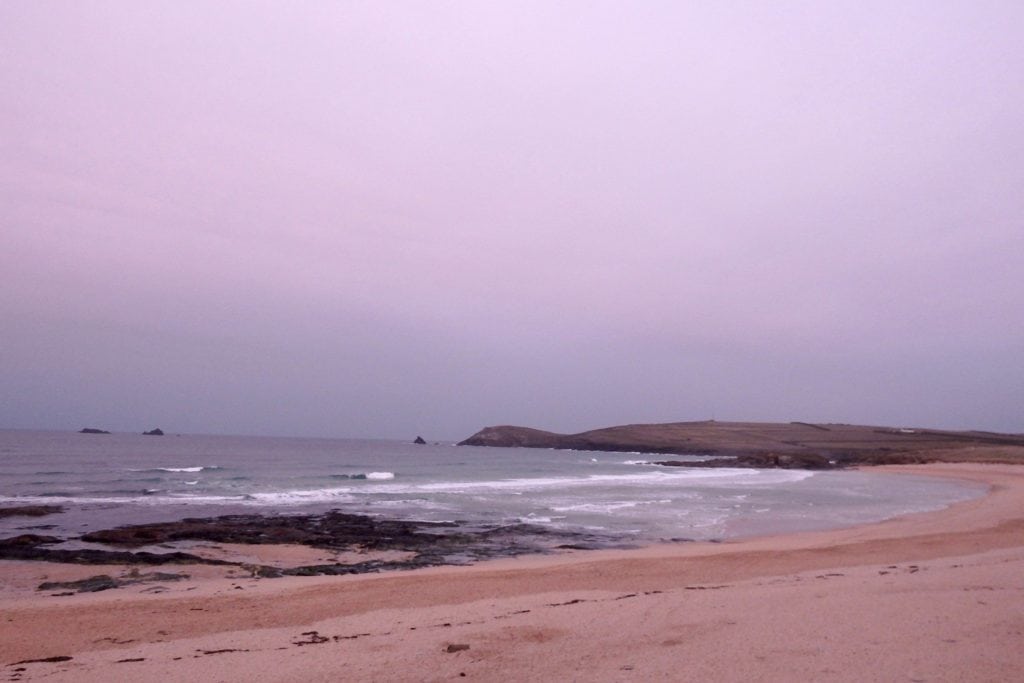 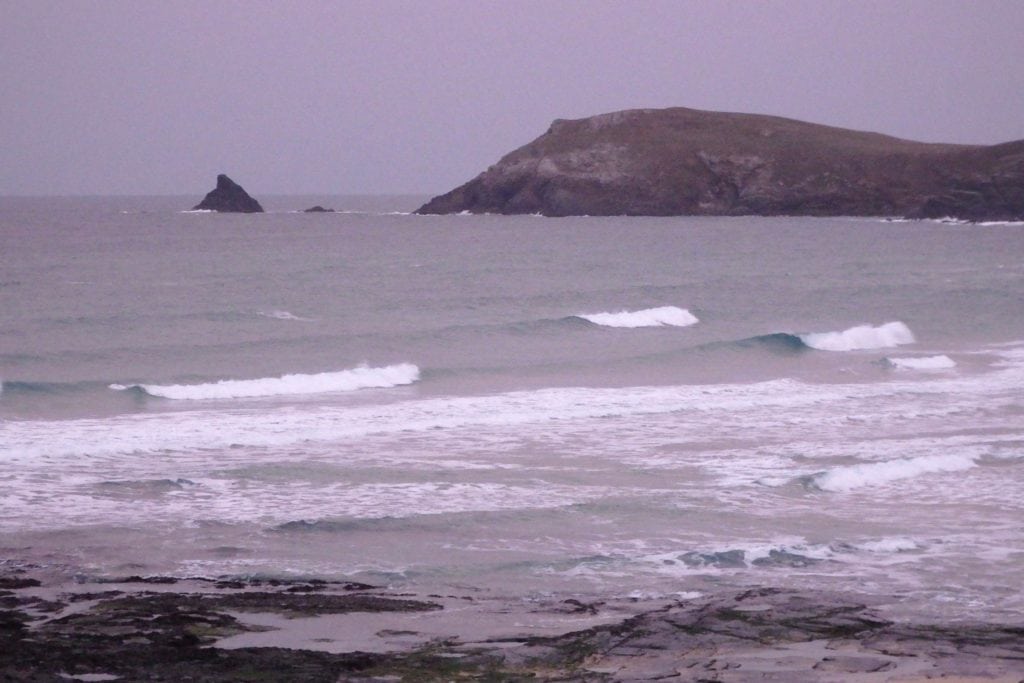 It’s a kind of moody but not unpleasant one this morning, a mild southerly breeze gusting across the bay under a grey dome of a sky.
It could rain later.
And right now the surf isn’t all that great either.
A couple of feet or so of aimlessly wandering, quite lazy looking waves are shuffling to the beach at just the wrong stage of tide. It’s not quite high enough but it’s too high for the low tide bars.
The wind is likely to blow steadily all day from the south west and so the surf should build but will stay choppy too.
Harlyn might just see some action later though!? 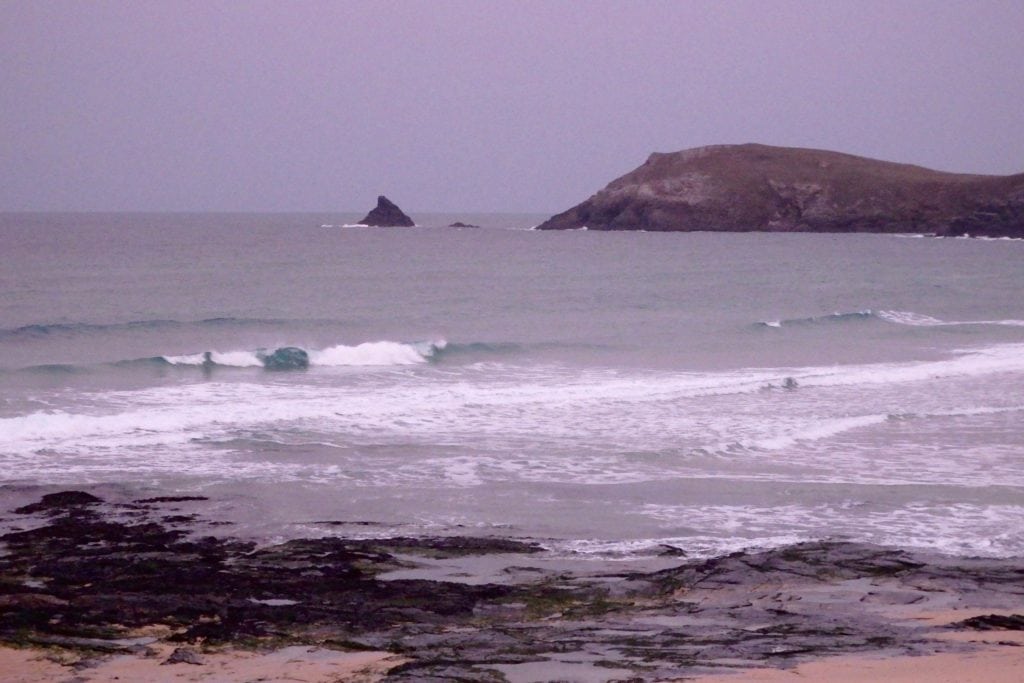 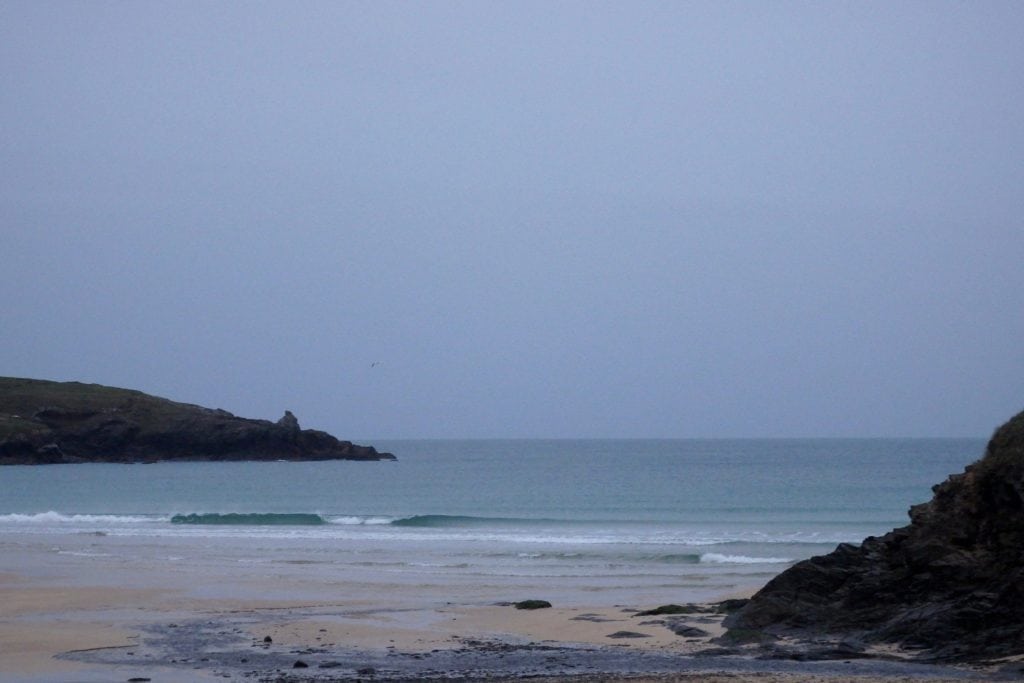 Tiny waves are snappily crashing ashore here this morning, only a foot or so but glassy and sharp and clean.
The wind is likely to blow steadily from the south west all day and so should help to blow along some extra swell, while staying offshore here.
There could just be some small wave fun to be had here in a few hours! 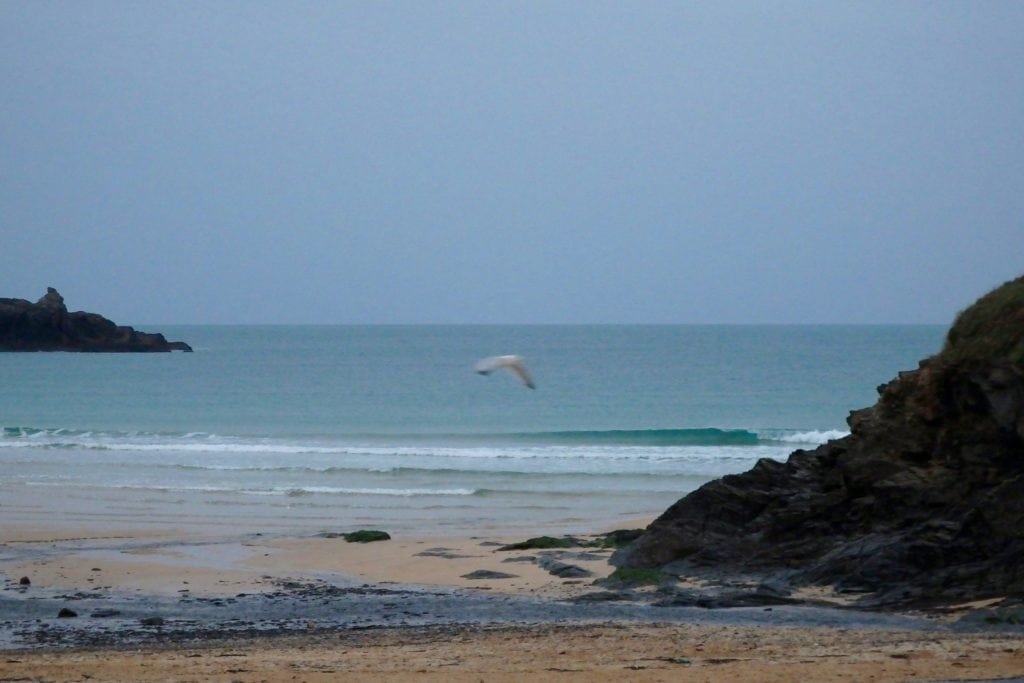 A gusting westerly wind is likely to be blowing in some fairly weak and bumpy little waves today with the air temperatures staying mild and the skies brightening as we go along.
So we should be able to enjoy a couple to three feet of sloppy Constantine surf or really very small but a little cleaner Harlyn.

South westerly going westerly winds through the end of the week should push in some swell, not big or anything but hopefully in the three to four feet range, hopefully big enough to swing some surf into Harlyn by Friday afternoon.
So the wind should be mainly offshore at Harlyn as we go into the weekend, swinging more onshore there by Sunday.
Two to three feet of snappy little surf should greet us on Saturday morning, maybe building just a little through midday and getting glassier through the afternoon as the wind eases.
By Sunday we should be enjoying light breezes, mainly onshore from the north west but maybe light enough to enjoy the west side breaks. The breeze is likely to drift to the south west by the afternoon, cleaning up Harlyn, if there’s enough swell getting in there.
So, overall it should be a fun winter weekend in the surf with some okay waves to ride and fairly mild air temperatures. And we should see a little sunshine by Sunday if we’re lucky too!
Have a great weekend, wherever you are and whatever you’re doing!