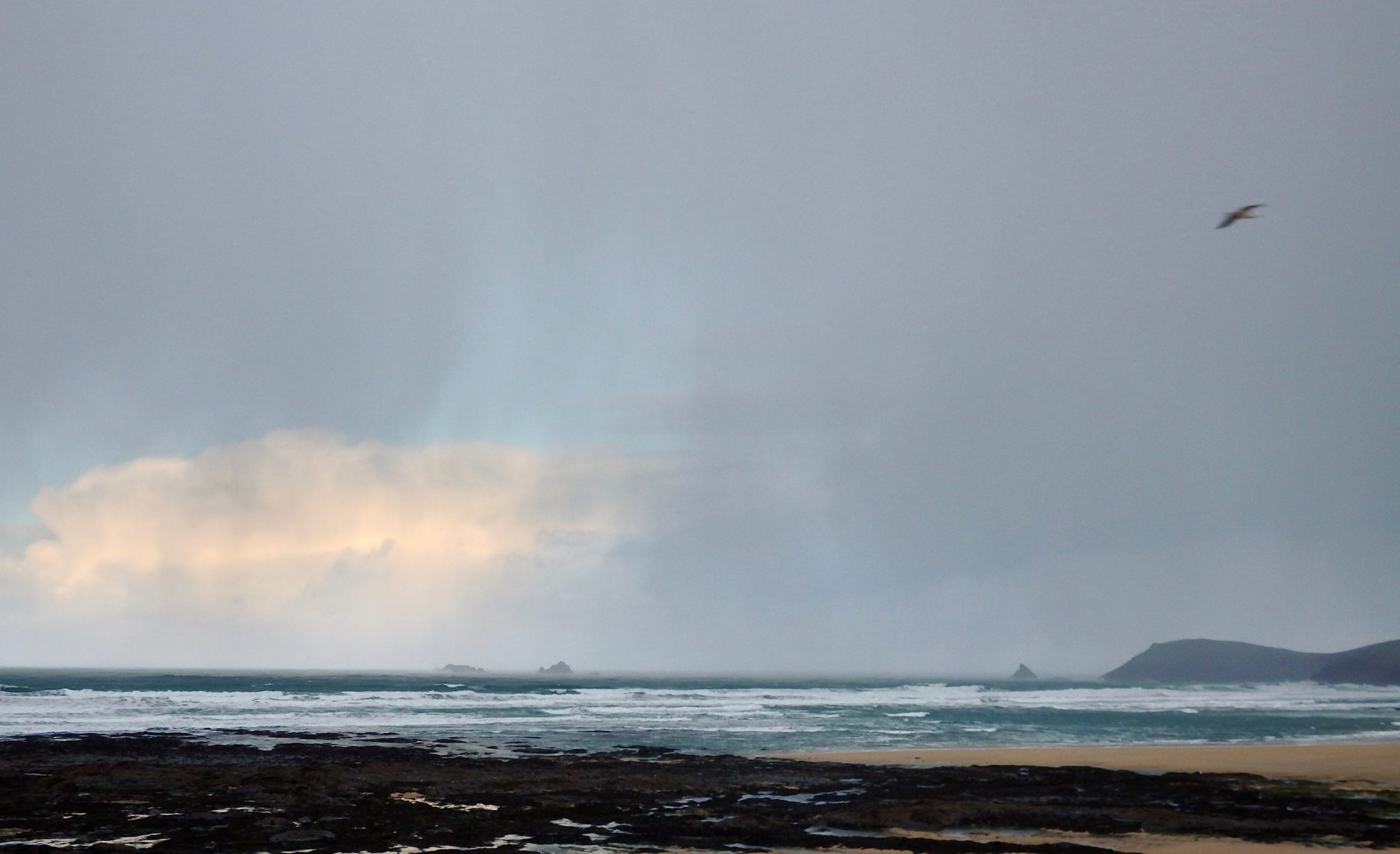 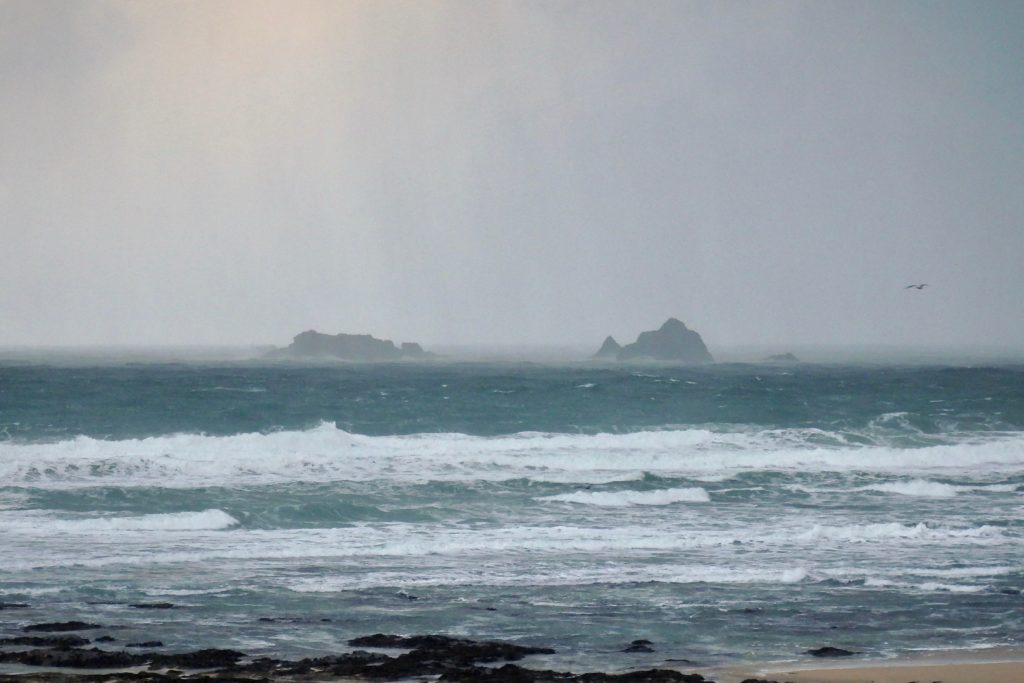 Those north westerly winds have returned this morning with their icy chill and stinging hail, sleet quickly flying by.
But there are brighter gaps in the sky, a bright background to those dark squalls.
And so the surf is junked out again, squashed and tossed by that careless wind, four feet and bigger of dark and angry waves being flung into the bay.
The south coast is our preferred option in these conditions, if you’re keen? 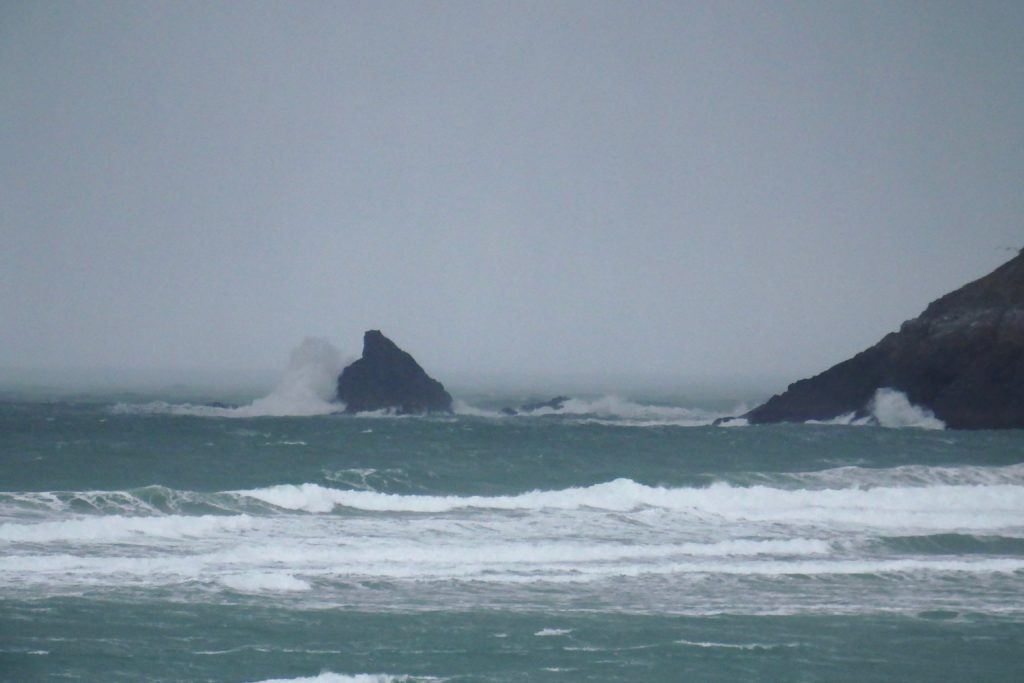 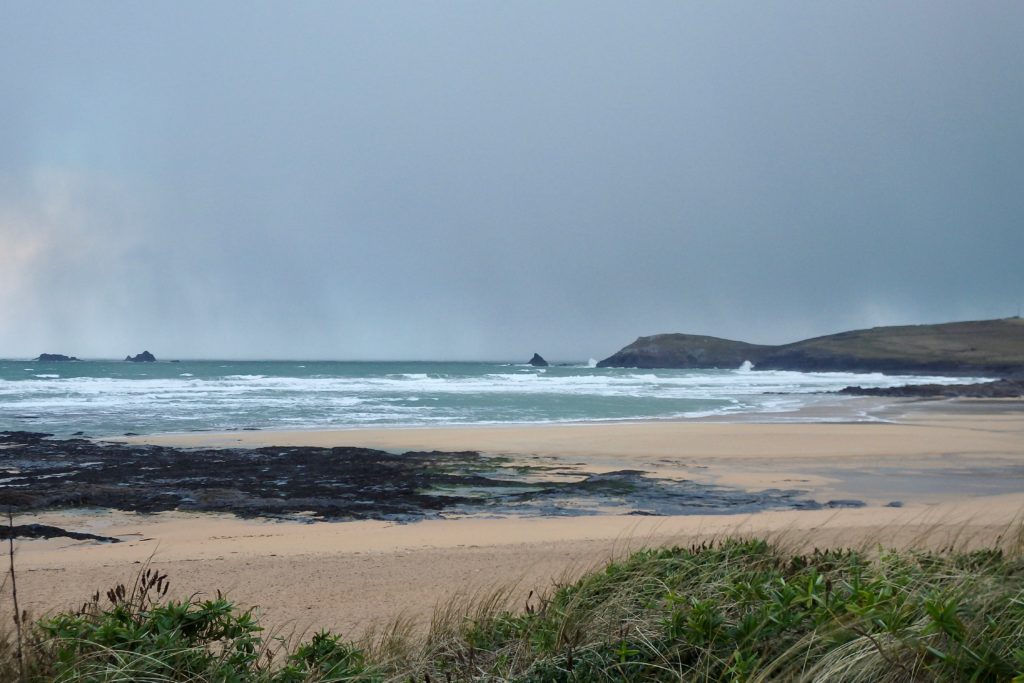 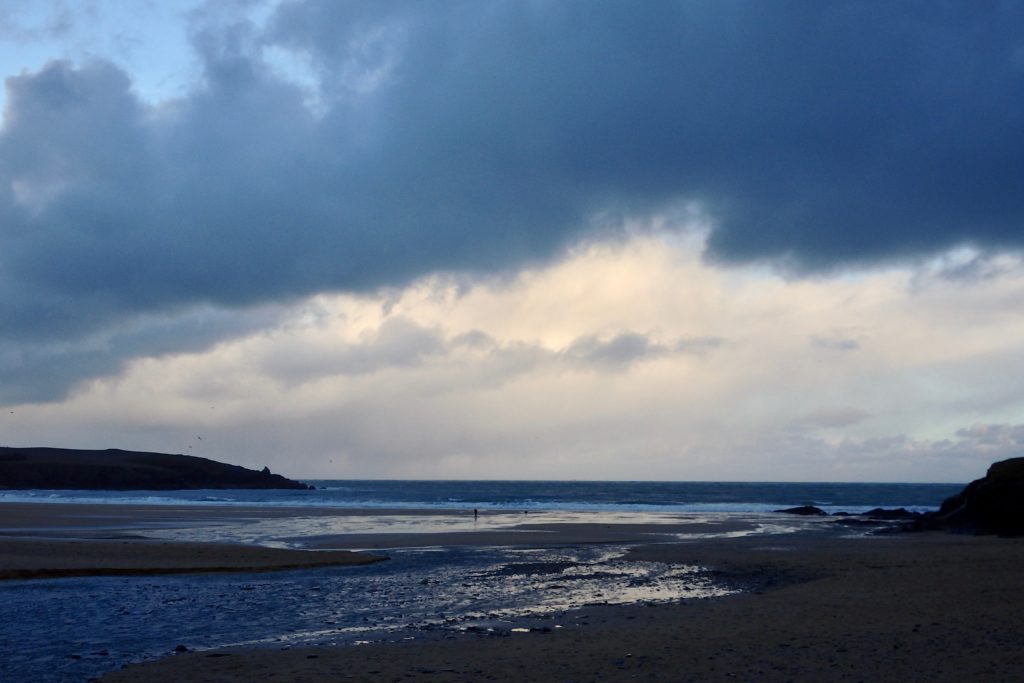 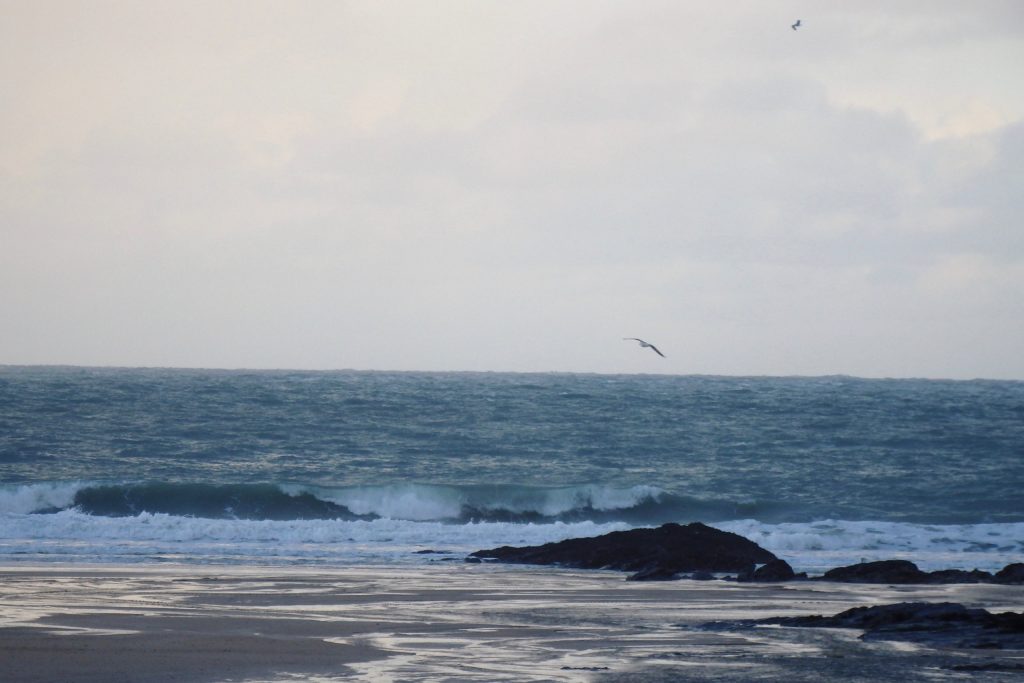 Angry squalls are scooting into the bay all pushed and crushed by that fierce, gusting nor’ westerly blow.
There’s nothing much to surf on, well not in a fun way. Not here, not today! 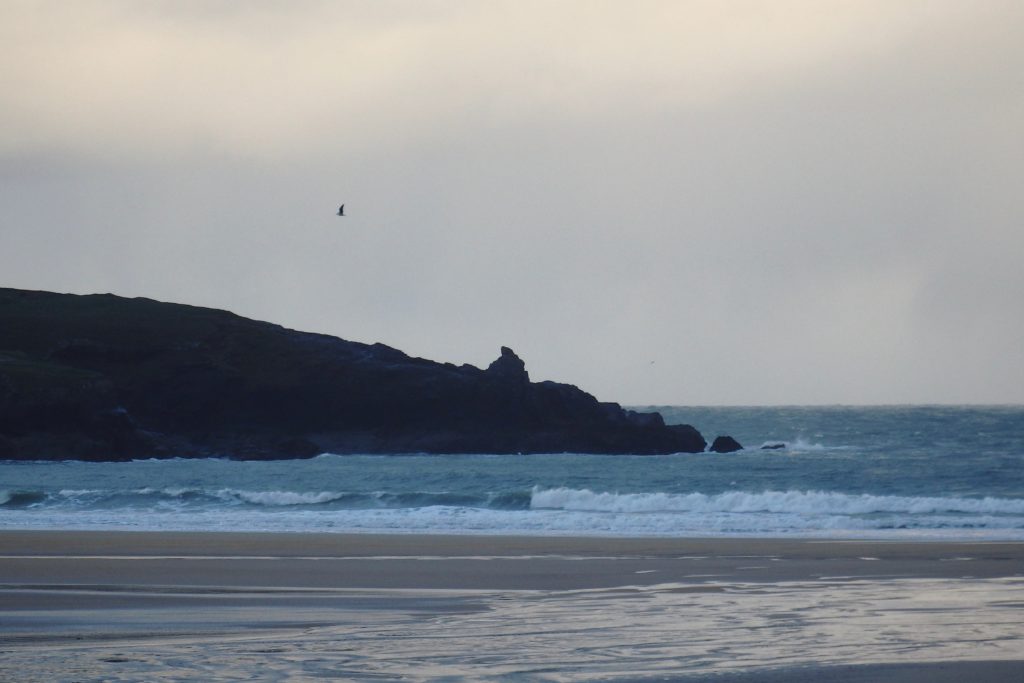 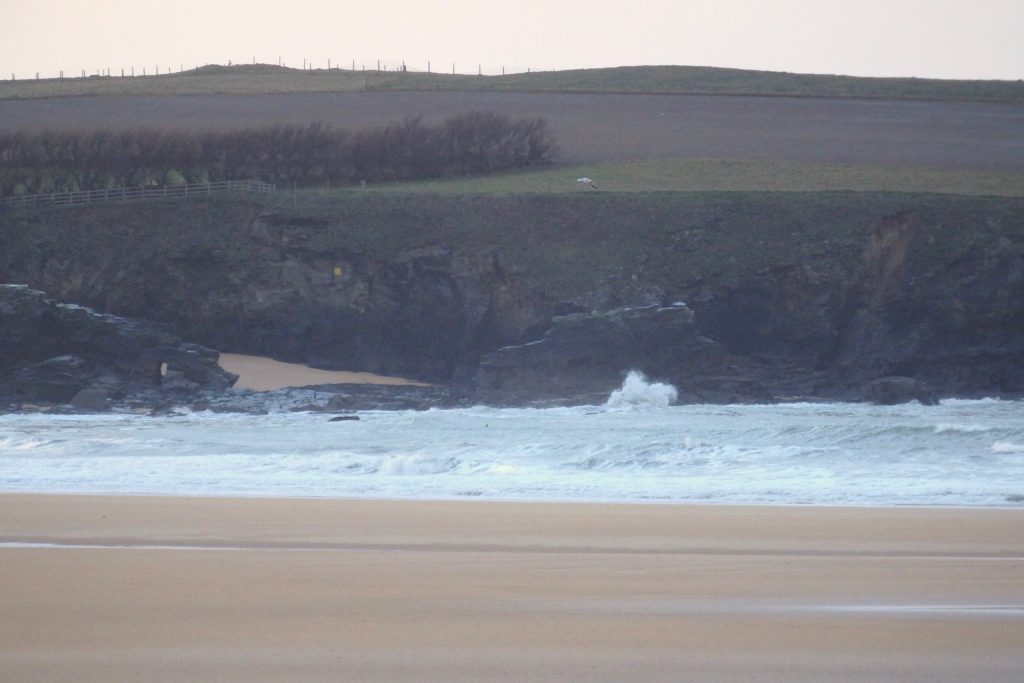 A bumpy, lumpy, blustery kind of day is expected today, a kinder wind, calmer and more from the west, then south west.
And so it looks like we’re in for a day of Harlyn surf!
A couple to three feet of
fun Harlyn surf awaits.

Another windy and wintery, wild week of storm surf is waiting for us again this week.
The north westerlies of Sunday should soon switch to south westerly through Monday, allowing Harlyn to tempt the school half-term groms in for some fun.
By Tuesday though those north westerly gales will be shrieking down the coastline, blowing out any chance of clean shaped surf anywhere on this coast.
The earlybirds might catch some good surf on Wednesday morning, a small window of offshores cleaning up some decent sized surf for an hour or two before reverting back to onshore.
And then more north westerlies.
A mix of wintery conditions and more howling onshores will see the week out but with the occasional chance of moments of clean, good surf, if you’re keen enough to chase it.
So, a bit of a wild and woolly week for the groms out of school but with enough surf to keep the stoke levels running high with a bit of searching and seeking!
Have a great week, wherever you are and whatever you’re doing!